Vietnamese food is a major draw for traveling to Vietnam. Plant-based eaters visiting the stunning dragon-shaped Southeast Asian country are in for a treat, as they can enjoy the various flavors and regional specialty dishes without having to sacrifice their commitment to the nonconsumption of products derived from animals. You’ll be able to try vegan versions of some of Vietnam’s most iconic dishes including phở, cao lầu, banh mì, and more.

Vegetarian cooking in Vietnam has existed for centuries thanks to Vietnam’s historic Buddhist tradition: many devout Buddhists make nonviolent lifestyle choices including not eating animals. Plant-based Vietnamese food has been readily available long before vegetarian and vegan diets became a fad in the West. There’s also a growing movement of Vietnamese citizens who are conscious of their environmental impact. Vegetarian and vegan restaurants are plentiful both in Vietnam as well as in Vietnamese neighborhoods around the world.

As foreigners, the respectful thing to do is to learn a few words in the local language of the places we visit to be able to properly order our food. We can’t expect everyone to understand what vegetarian or vegan means — in Vietnam, the word for meat-free is “chay.” The free V-Cards app is a great resource as it has basic phrases in many of the world’s languages. It isn’t always accurate, so it’s best to ask a local to help you write down proper translations so you can order your food politely and correctly.

A few Vietnamese keywords that will help foreigners order vegan food in the country include chay, which means vegetarian in Vietnamese. As there's no word for vegan in the language, the most important phrase to learn is “I don’t eat” which is “toi khong an'' and then complete the sentence with whatever animal-based product you’re trying to avoid. For instance, bo means butter, sua means milk, trung means egg, and nuoc mam means fish sauce.

It’s easy to find vegetarian-friendly restaurants in most of Vietnam’s major cities including Saigon, Da Nang, Hoi An, and Hanoi. If you're in a smaller town and not sure where to eat veggie food, look for restaurants or food stalls labeled "quan chay." These restaurants don’t use fish sauce, but some dishes may contain milk or egg. You’re likely to find quan chay restaurants near Buddhist temples in Vietnam.

Here are 5 essential vegetarian and vegan restaurants in Vietnam. 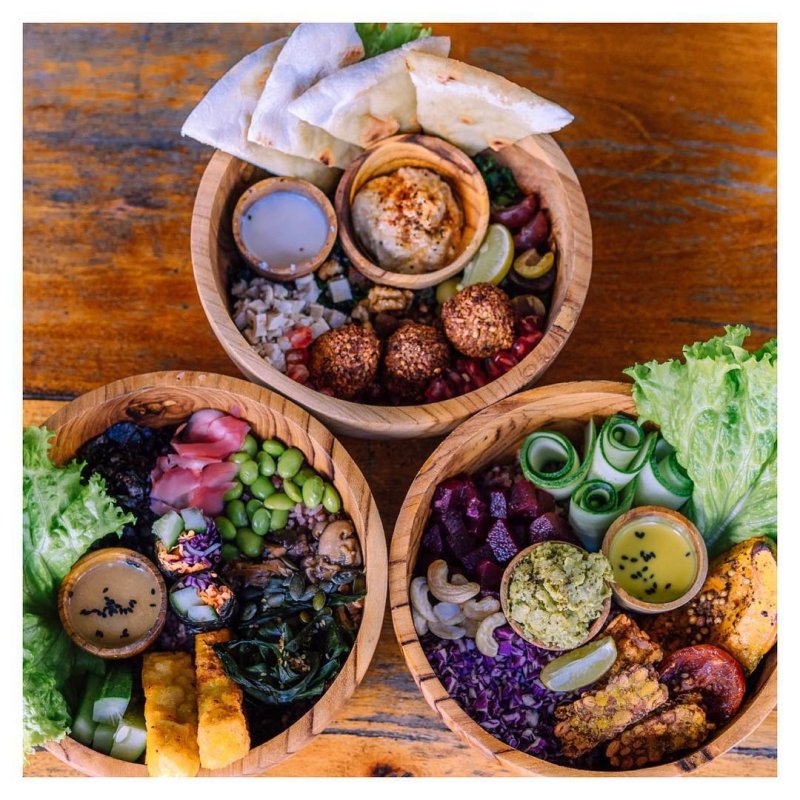 This Da Nang fully-vegan restaurant is steps away from the beach and offers healthy bowls packed to the brim with healthy fats including edamame and pumpkin seeds combined with wakame, shiitake mushrooms, turmeric tofu, and pickled ginger. The menu at Roots also has an assortment of burgers with unique buns made from traditional Asian ingredients such as activated charcoal and turmeric. 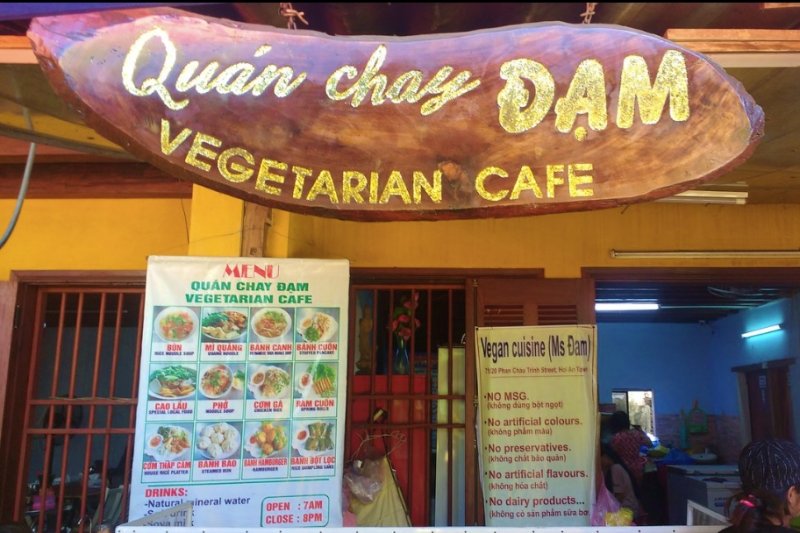 Hoi An’s best spot for a traditional vegan meal on a budget is Quan Chay Ba Dam. This local eatery is run by a Vietnamese Buddhist family who prepares a buffet with an assortment of vegan versions of traditional Vietnamese street foods. Don't skip the traditional noodle dish of the region, cao lầu. 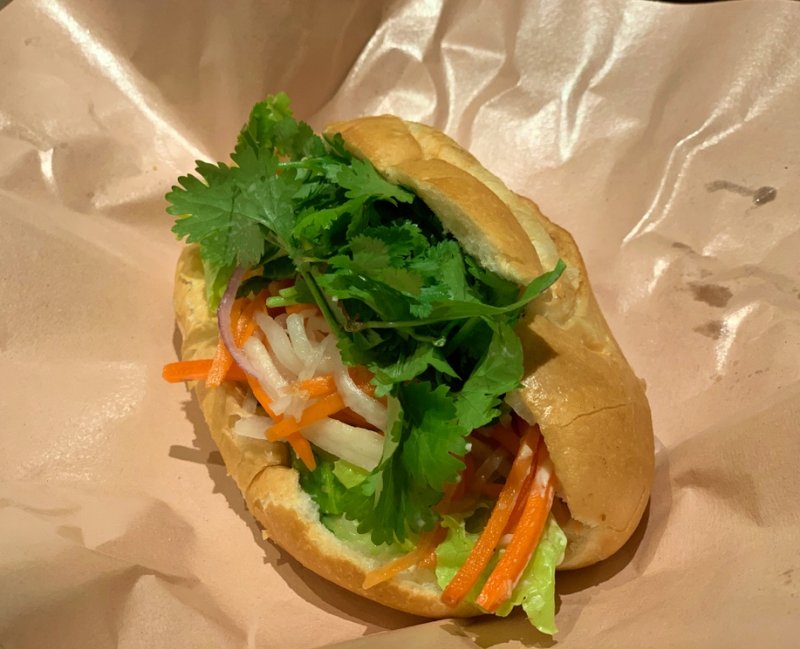 A flavorful vegan banh mi isn’t easy to come across at a non-veg stall where you’ll likely be served toppings such as cucumber and tomatoes on bread. In Hoi An, get up early and head to the Banh Mi Chay food stall before they close at 10 AM for a vegan banh mi with plant-based fillings and an other-worldly secret sauce. 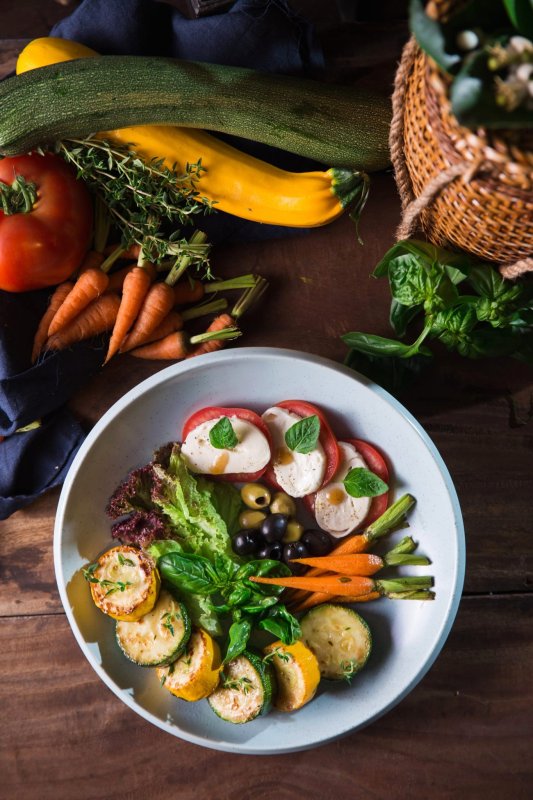 This upscale fully-vegan restaurant in the heart of Hanoi is the perfect place for a celebratory meal. Uu Dam Chay serves unique plates using staple Vietnamese ingredients such as taro for a lavender-colored pecan soup. The savory mushroom tofu salad served in a rice cake is a must-order dish. 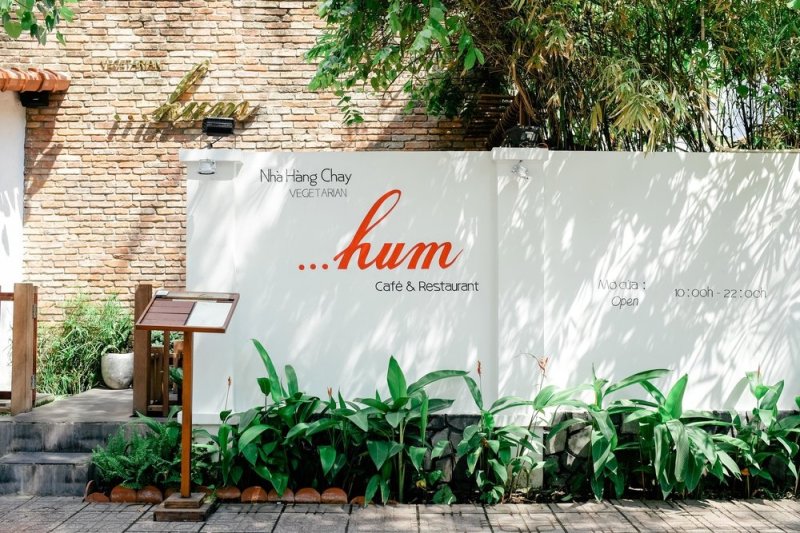 This stunning restaurant in Saigon is a favorite amongst local veg-eaters as they serve vegan renditions of typical Vietnamese dishes including steamed mushrooms in a lotus leaf. The vegan pomelo (grapefruit) salad is a treat as it’s challenging to find a vegan version of this dish because it traditionally calls for fish sauce and tiny shrimp.