On the first day of the year, fishermen in the waters of Giao Thuy, Nam Dinh “go into the sea” to hunt mantis shrimp (also known as surface fish), for high income, which can earn millions of dollars every day. 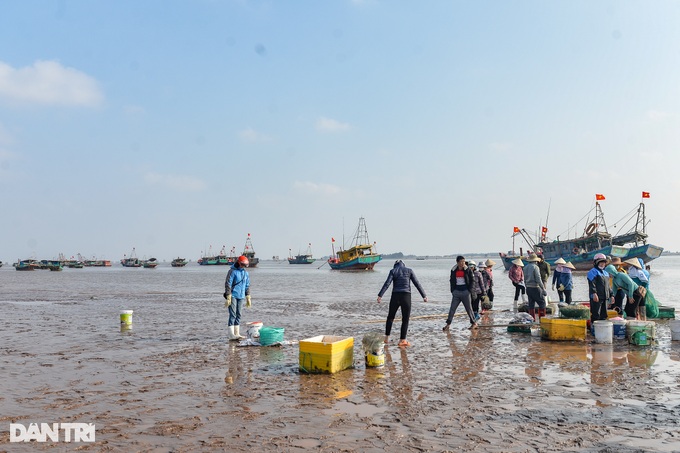 After four days of the Tet holiday, fishermen along the coast of Giao Thuy (Nam Dinh) took advantage of going out to sea to welcome the sea. For fishermen, going to sea on the first day of the year is not only for economic reasons but also for a departure with the desire to pray for a favorable business year, favorable rain and wind, full of fish and shrimp. 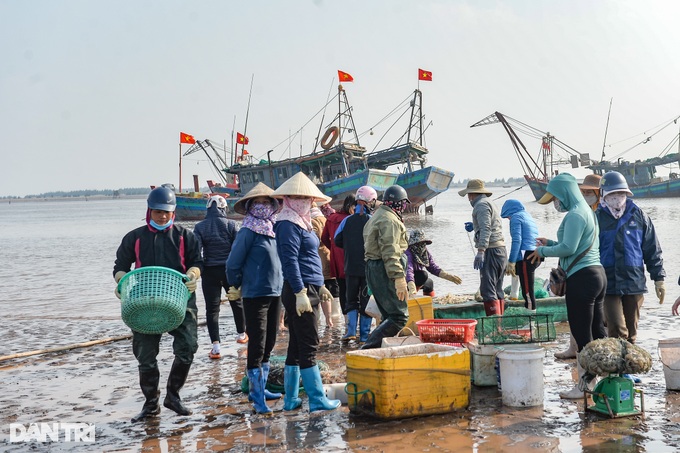 On the afternoon of the 4th of the Lunar New Year (January 25), large and small boats carrying shrimp, crabs, fish, … docked at Giao Hai commune (Giao Thuy district) to catch up with the afternoon market. 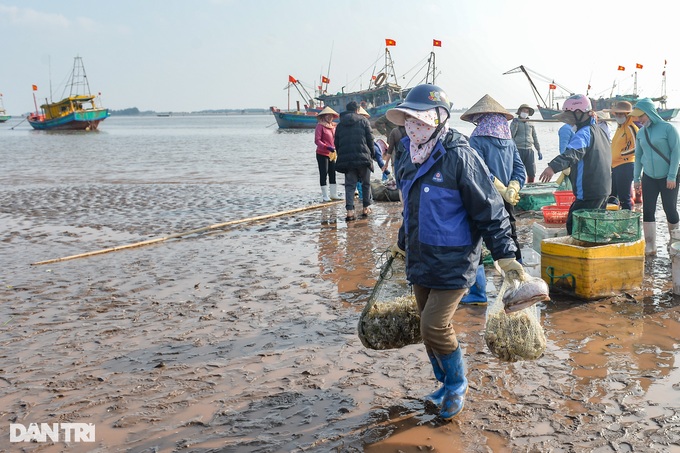 Some fishermen said that in previous years they “swimmed into the sea” from the 2nd day of Tet, but this year the sea was rough, so it was not until the 4th of Tet that they started going to sea to pray for good luck. 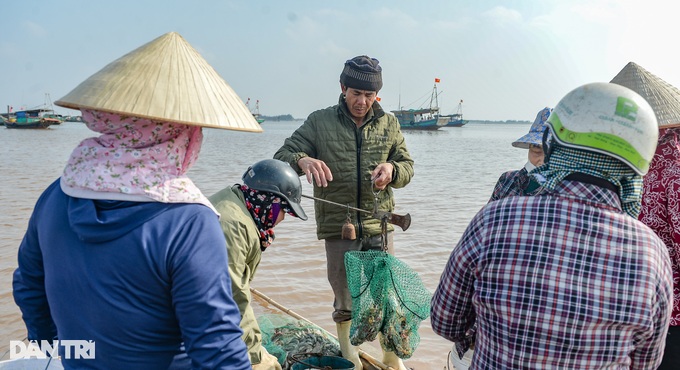 After 10 hours floating at sea, Mr. Tran Van Duan’s small boat (residing in Giao Hai commune, Giao Thuy district) docked with nearly 10kg of crabs, 3kg of mantis shrimp and about 5kg of shrimp. On the first day of the year, few boats went out to sea, but the purchasing power was great, so as soon as Mr. Duan brought shrimp and crabs to the shore, there were 5-6 small traders waiting to pick up the goods. 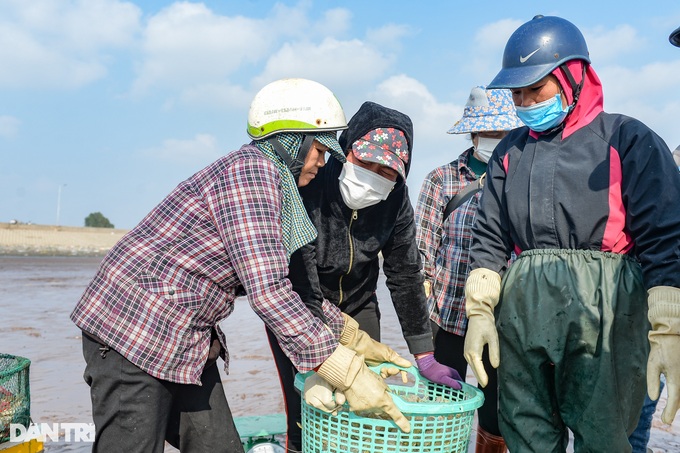 Due to the small number of goods, some small businesses have to compete for a share. Ms. Pham Thi Mai (small trader at Hong Thuan market, Giao Thuy district) said that on Tet, people’s demand for seafood increased, so the price also nearly doubled. “The price is high but there are no goods to sell because this year the fishermen went to the sea late, every year on the 2nd of Tet there are many boats going out to sea, but this year on the 4th, there are only a few boats to go to the sea”, Ms. Mai To share. 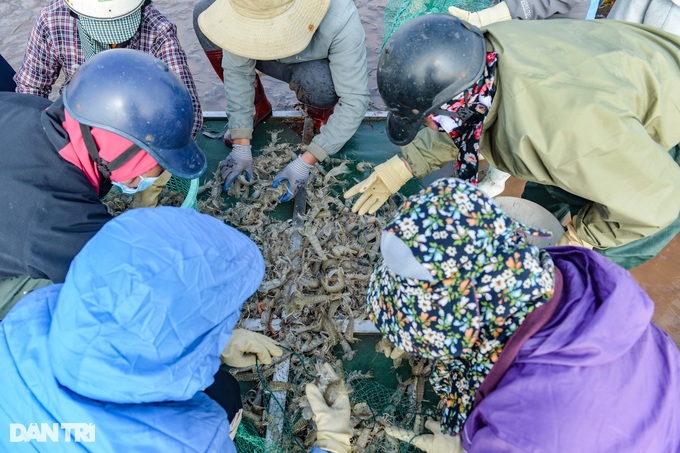 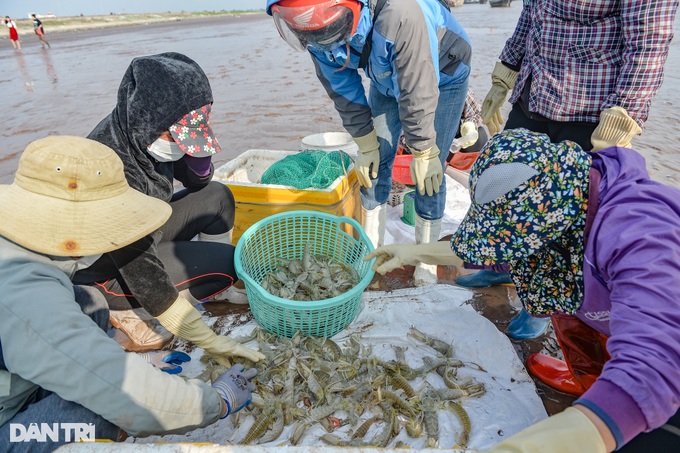 Ms. Luyen said that in these days, fishermen go to the sea mainly to hunt mantis shrimp, which are easy to catch and have a high price. 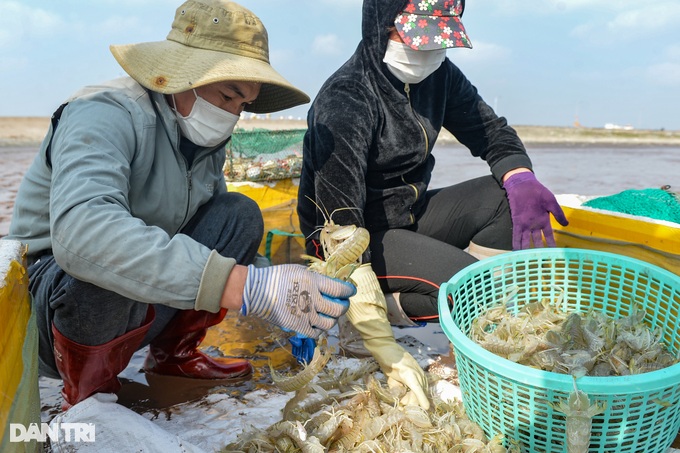 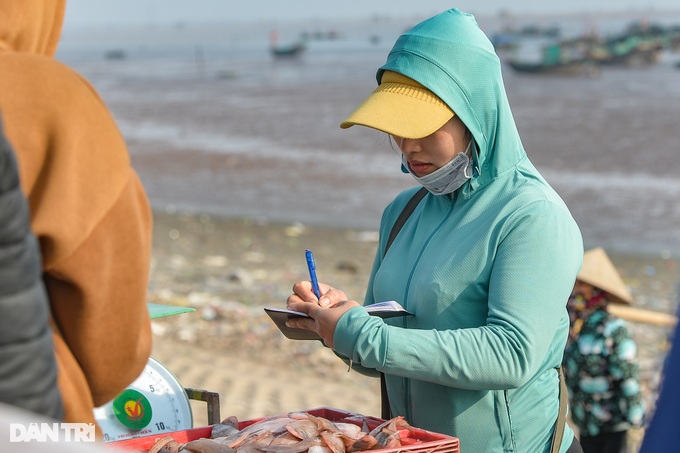 Ms. Luyen is busy recording the amount of seafood sold to small traders. The female ship owner said that the family’s large boat if catching from 1 am to 2 pm the next day (1 work) costs about 7 million; If you go fishing for 3 days before landing, the cost will be 20 million VND. 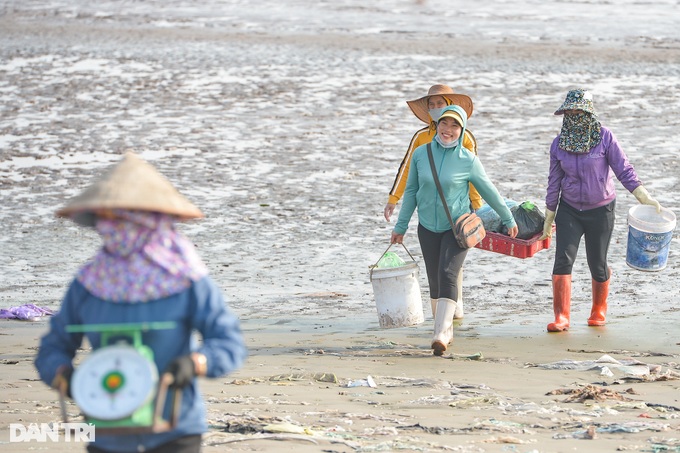 Fishermen are happy after going out to sea on New Year’s Day to earn millions. The trip to the sea at the beginning of the year of the Rabbit, except for the expenses of Ms. Luyen and her husband, still has a profit of about 5 million VND. 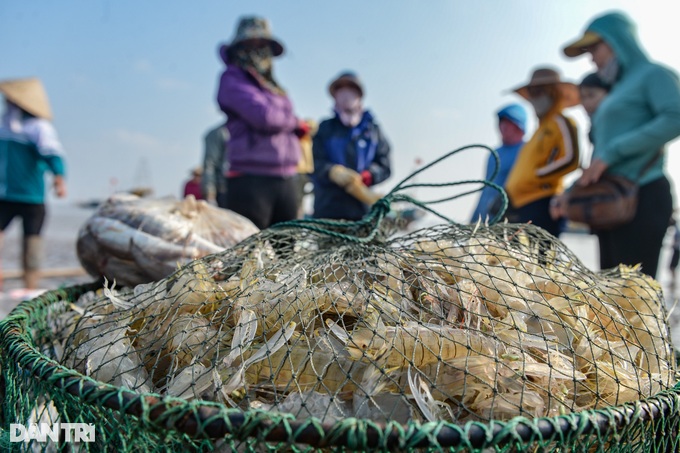 “Mantis shrimp is a seafood that is loved by many people and is easy to sell. Today on New Year’s Day, the price is higher than before, so minus the cost of my house, I also earn more than 2 million,” said Do Thi Hoa (Mr. Tran’s wife). Van Duan) shared. 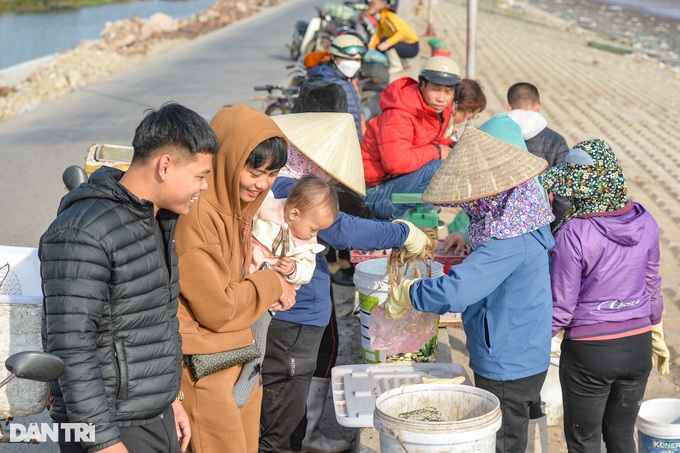 Mantis shrimp and crabs are bought by small traders right from the edge of the wave. The rest of sea shrimp and small fish are sold by boat owners to people at the foot of the dike.