Starting from a love for “little tigers”, Mr. Khang spent more than 200 million VND buying imported, expensive cats and opened a cafe for guests to caress and pet. 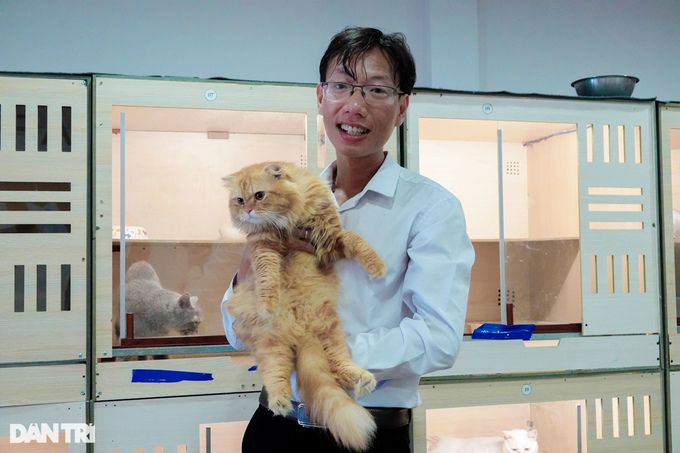 A very fond of cats, over the past 3 years, Mr. Tran Hoang Khang (38 years old, living in An Binh ward, Ninh Kieu district, Can Tho) has spent more than 200 million VND to own imported cats worth several million VND. to several tens of millions of dong/head.($1=24,000 VND) 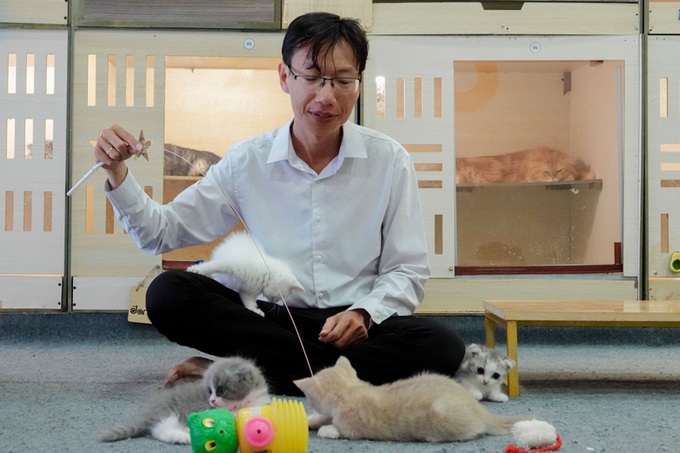 Mr. Khang was originally a lecturer at a university in Can Tho City. Sharing the reason for opening a cat cafe, he said that he has long had a passion for cats. During the holidays and Tet, there are some students who return to their hometown and cannot bring cats, so they often send them to him to raise them for a few days. In addition, my friends have many people who like cats but they are busy and do not have time to take care of them, so I thought of opening a cafe that both serves water and lets guests see and play with them. cat. From that thought, the young man decided to open a bar and has been operating up to now. 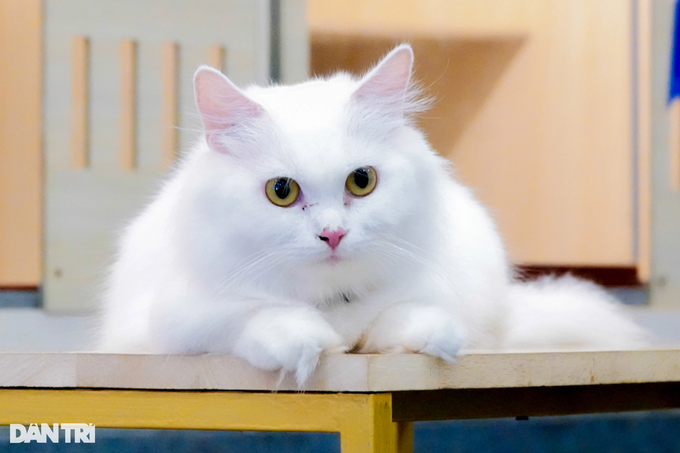 In addition to being lovely, in feng shui, cats are meant to bring fortune and prosperity. In particular, cats are natural enemies, to prevent harmful animals such as mice, snakes… In addition, cats also help owners heal mental damage, reduce stress… 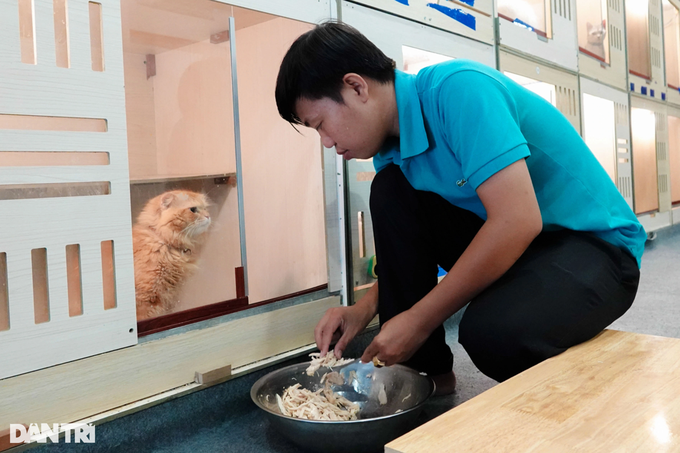 Currently, Mr. Khang’s cafe is taking care of 30 cats, including 16 adults and 14 kittens. Caring for expensive cats is also extremely expensive. Pets are given a room upstairs by Mr. Khang as a place to raise them. In the air-conditioned room, fully equipped with stress-relieving toys, toilets, deodorizers… 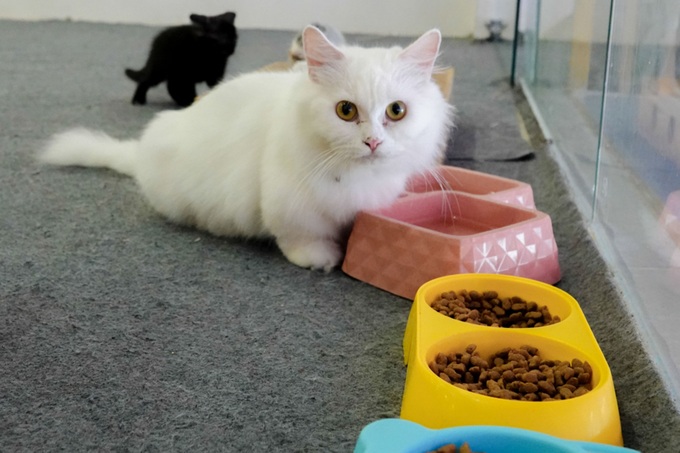 The breeds of cats Mr. Khang owns are Scottish cats, British short-haired cats, Russian cats… Three years ago, to own a cat more than 1 month old, Mr. Khang had to spend about 8 million VND/cat. . Later, due to the popularity of imported cats, their prices decreased. But for the folds, the Russian cat is still very expensive. Recently, he spent more than 24 million VND to buy a Russian cat. 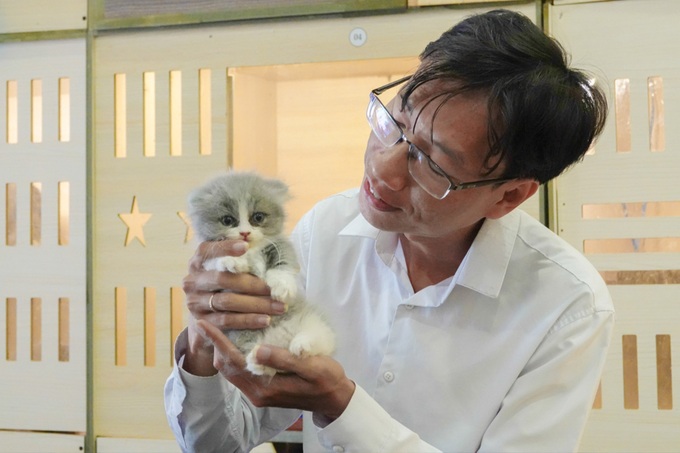 Since there are enough parents cats, Mr. Khang self-breeds the cats. A female cat can breed about 2 times a year, each time giving birth to 5-7 kittens. The cubs at birth are cared for very carefully, in association with veterinary medicine to check the reproductive health of mother cats and kittens. In cases where a stressed mother cat does not produce milk to feed her young, it is imperative that the staff of the restaurant give the kittens bottle milk until it is strong and can eat on its own. 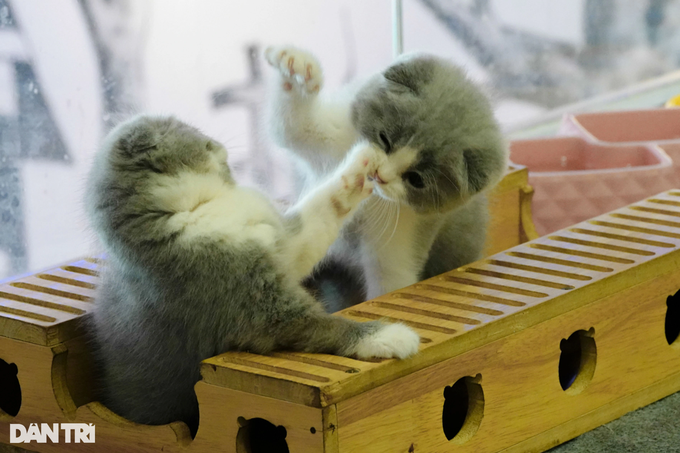 Mr. Khang bred cats not for business purposes, but for guests to caress and pet. For cases where customers love cats and want to buy them, he shares cats at a very friendly price. 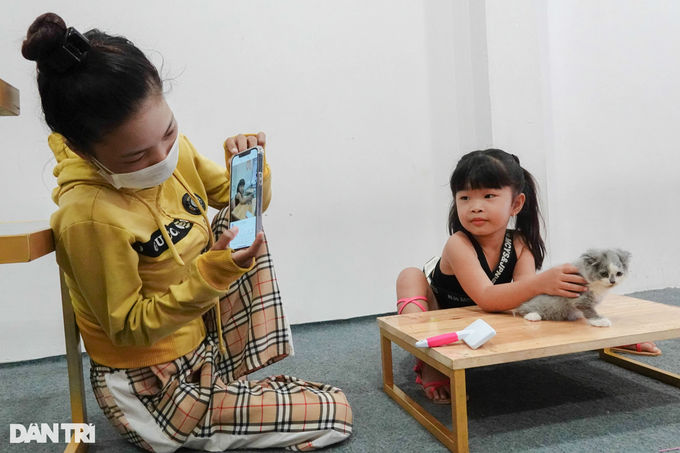 Every day, the 8x owner’s cat cafe welcomes about 30 guests, most of them students, and families bring their children to play with cats. The restaurant’s revenue is about 2 million VND/day. That amount is enough for Mr. Khang to pay for electricity and water, buy cat food… 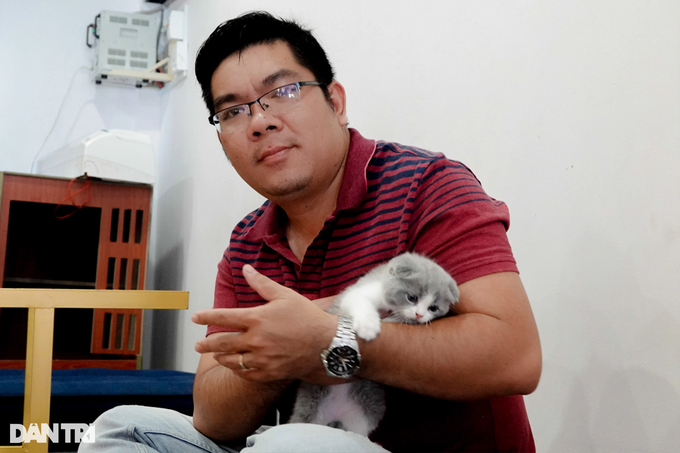 The Lunar New Year 2023 is the year of the cat, so Khang predicts that many people will come to the shop to drink water and take pictures with the cats at the shop. The owner of the restaurant confirmed that he did not increase the price of water or surcharge even though he worked on public holidays and Tet.