On the afternoon of the 4th of Tet, a lot of tourists from Ho Chi Minh City and neighboring provinces flock to Vung Tau city to swim and play, making this place full of people. 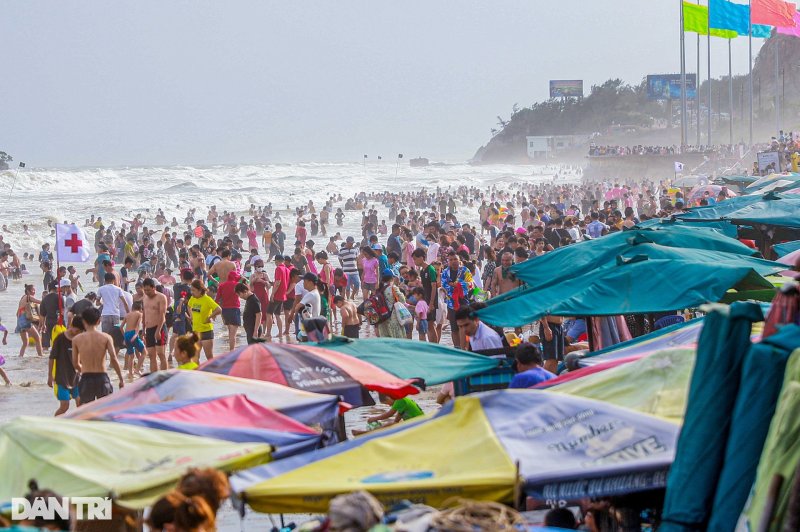 From the early afternoon of the 4th of the Lunar New Year, thousands of tourists and locals began to flock to the center of Vung Tau city to have fun and swim on the first days of the new year. 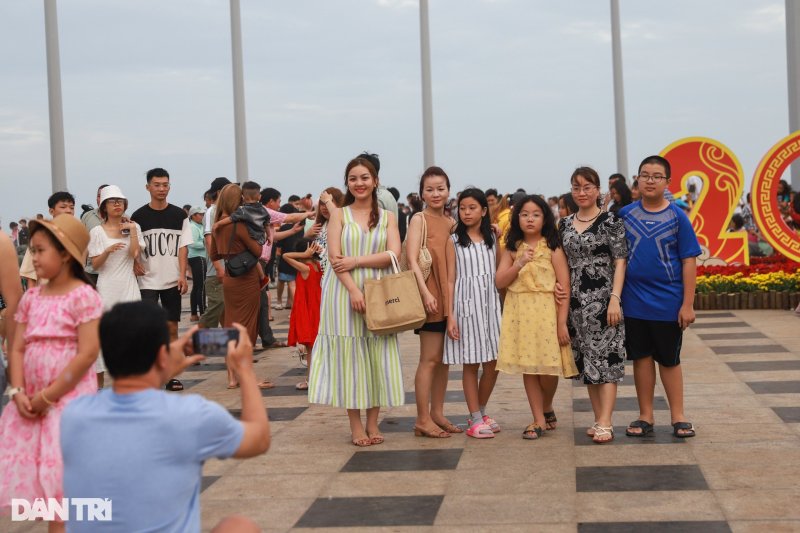 Many families travel to spring with long trips, travel, Vung Tau beach is a hard-to-miss place for many families in Ho Chi Minh City and neighboring provinces such as Dong Nai and Binh Duong.

The area of ​​the back beach square is visited by many tourists to have fun and take pictures. 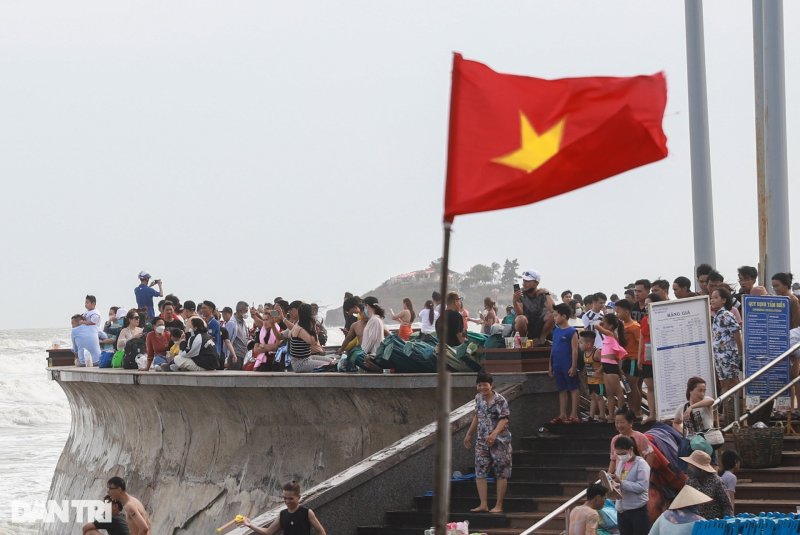 Although the weather is cloudy, tourists still flock to quite a lot in the first days of the year. Instead of going to the beach, many people decided to stay on the square to have fun and watch the sea, not to bathe. 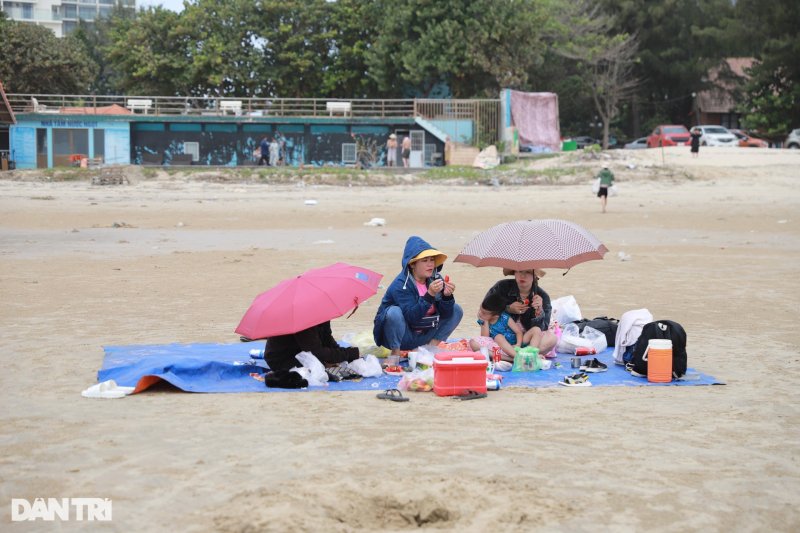 Many families bring tarpaulins and food to the beach to save money on rental costs.

“Today I took my children to the beach, the number of people this year is less than usual, but the atmosphere is still very exciting,” said Ms. Nguyen Ly (living in Phu My town, Ba Ria – Vung Tau province). 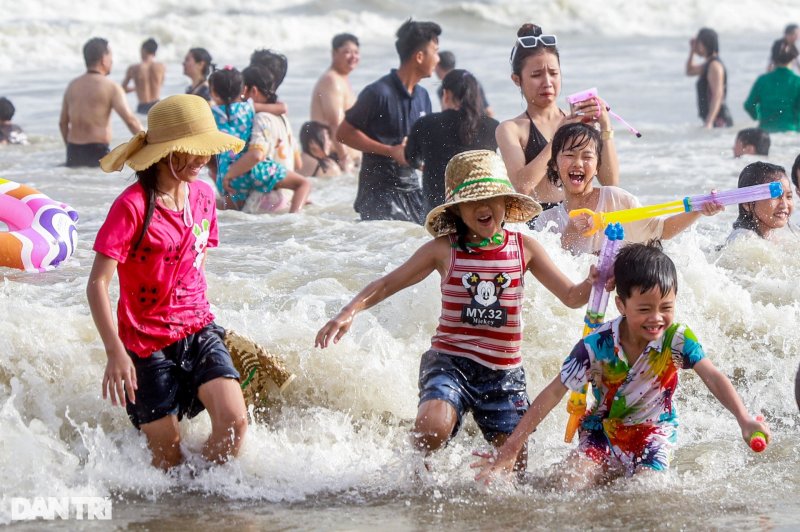 Many children showed interest when playing and swimming in the sea at the beginning of the new year. 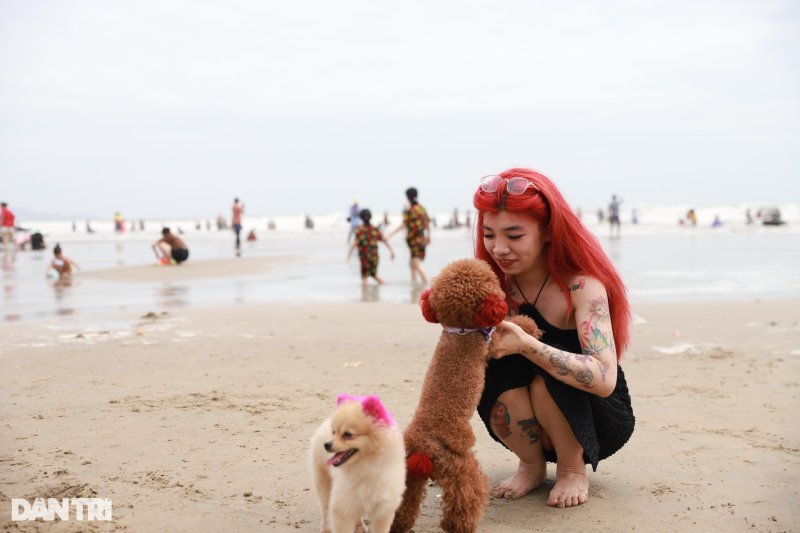 “On the occasion of Tet holiday, I took advantage of going down to Vung Tau to relax, swim in the sea, quite happy when today’s weather is not rainy and cool,” Dang Nhi said. 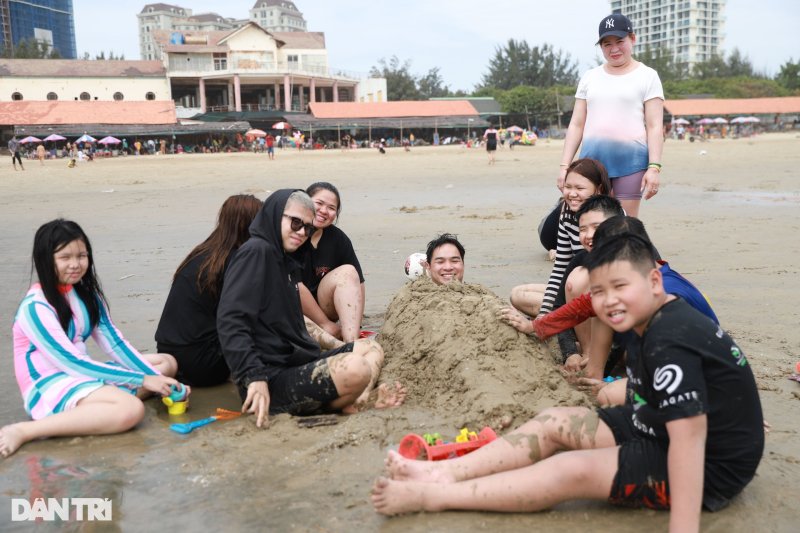 “My family decided to go on a spring trip at the beginning of the year with a long trip, afraid of traffic jams, so the whole family left at 4 am, the atmosphere this year is still crowded like every year, especially the kids love it.” Toan said. 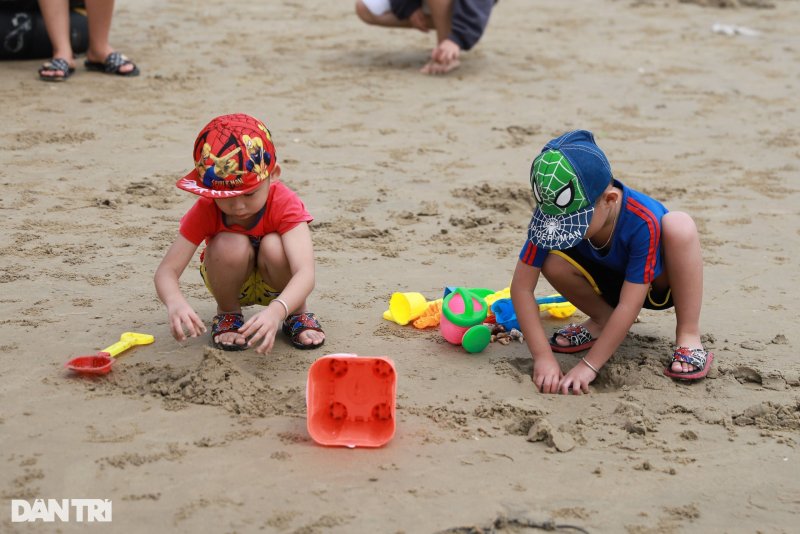 The children enjoyed swimming and playing in the sand with their families. Young people take pictures, check-in at the beach on New Year’s Day, most of the tourists flocking to Vung Tau are people from Ho Chi Minh City and the Southeast provinces. 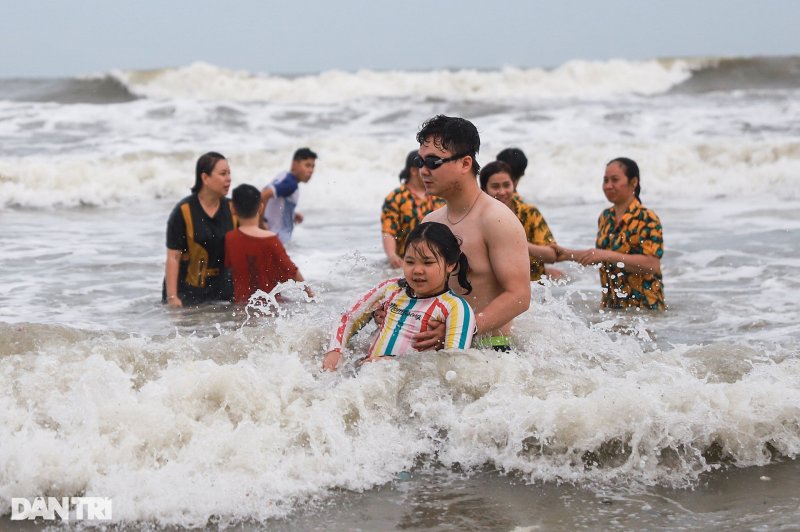 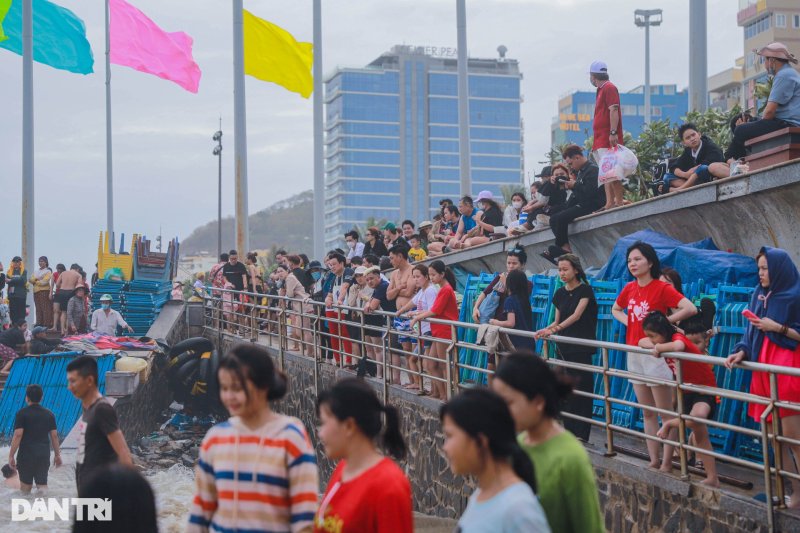 The waves are big, and many tourists do not go to the beach to swim but sit on the shore to cool off and walk.

Meanwhile, water motorbike rental services are 800,000 VND/time, seat rentals have not increased in price compared to previous years. However, not many tourists are interested in this activity.($1=24,000 VND)