Since 2006, Mr. Tam has been the only coordinator of the Frankfurt Zoological Society working in the garden. Over the past 15 years, he has spent more time in the forest than at home, his job is to monitor, record, observe and study the ecological behavior of primates endemic to Vietnam.

Depending on the research objectives, the field trips lasted 5-12 days, each time with 5-10 people, going through many deep mountains and abysses, moving an average of 20 km per day. Tam’s luggage is a backpack with all sorts of things: hammocks, pots and pans, rice, dry food, GPS trackers, flashlights…

In the early months of his inexperience, he often followed a guide, trying to memorize tree stumps, streams or cliffs, and then returned to the shack by himself. He tried to memorize the terrain, each stream, track and observe the langur, identify the food of the species, through the traces left on the specimens such as fruits and leaves, the smell of urine….

“It took me more than two years to finish studying the behavior of langurs and understand the activity cycle of the day, when they go to feed, when to rest, when to gather large herds… “, said Tam.

Mr. Tam said, during a field trip with his colleagues from early morning to noon, he discovered a herd of about 15 langurs resting in a ravine, the two nestled in, observing, taking notes and taking pictures. In the early afternoon they continued to move up the high mountain range, they decided to follow to the sleeping place of the langurs.

During the night, the two endured the cold, ate raw shrimp noodles, did not dare to light a fire for fear that the smoke would affect the langurs. “Thanks to that trip, many valuable documents were obtained,” Tam said. In the near future, he will do a doctoral project on the impact of local communities on the gray-shanked douc langur population and the environment. This provides a solution to help the langur herd, while helping the local community see the value of conserving this endemic species. 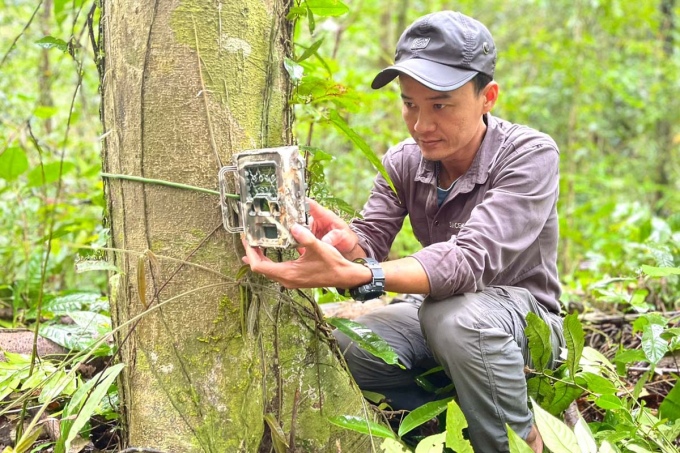 In addition, when the Frankfurt Zoological Society sponsored smartphones and computers for 10 stations, the forest protection team of Kon Ka Kinh National Park, Mr. Tam was an expert in using software in patrolling and research activities. conserve. He has supported the garden management board in techniques, trained staff to use the application proficiently to patrol.

This is an application that helps to record the patrol process by drawing this journey on the map. When the forest protection officer installs the Smart Mobile application, when on patrol, the information on the patrol route: distance, location, animals, human impacts, camps, traps … are applied. recording use. These data are then transferred to Smart software on the computer and run a report to help protect forests more effectively.

From 2017 to now, through helping to set up “photo traps”, Mr. Tam also helped the Garden to recognize 32 species of wild animals growing here, many of which are listed in the Red Book of Vietnam and the world. . In particular, he discovered an extremely rare animal that is considered extinct in Vietnam.

Besides, Mr. Tam and the forest protection force removed thousands of animal traps; together with the police of the communes in the buffer zone to recover hunting guns, to convert hunters to become participants in forest protection. In the process of wading through the forest to find langurs, he also took thousands of photos to record the animals and plants of the garden, which have effectively served the research, propaganda and education of the locality… 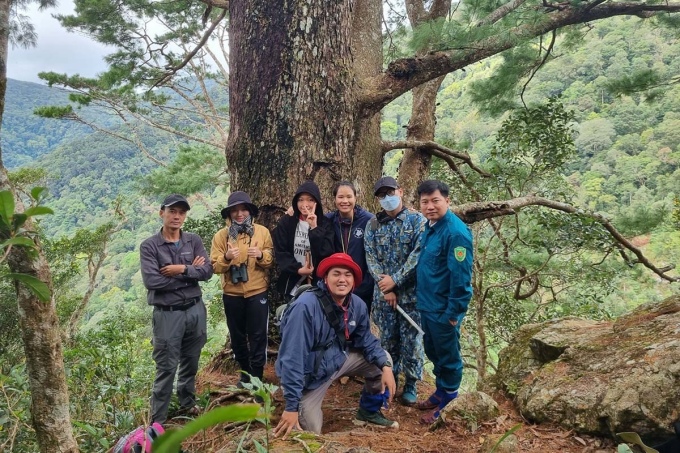 Mr. Ngo Van Thang, Deputy Director in charge of Kon Ka Kinh National Park said that Mr. Tam is very enthusiastic about the project of conserving the gray-shanked douc langur and protecting biodiversity. Notably, with a number of projects under the support of the Frankfurt Zoological Society in Vietnam, Mr. Tam has trained to improve the capacity of garden staff to use technology to protect forests, patrol and supervise. .

In 2020, Mr. Tam used the route method, investigated and accurately recorded the number of gray-shanked douc langurs in the garden with more than 1,500 animals (compared to the previous record of 300-500 animals), helping the unit build better conservation strategy.

Kon Ka Kinh National Park is the “roof” of Gia Lai, 1,748 m high, with an area of ​​nearly 42,000 ha. According to statistics, the garden has 428 species of animals, of which 42 species of mammals, 130 species of birds, 51 species of reptiles… Among these, there are many rare and precious species, which are valuable for gene conservation and scientific research. in the Red Book of Vietnam and the world.