These crabs no one buys to eat, the price hundreds of thousands of people still have to pay. 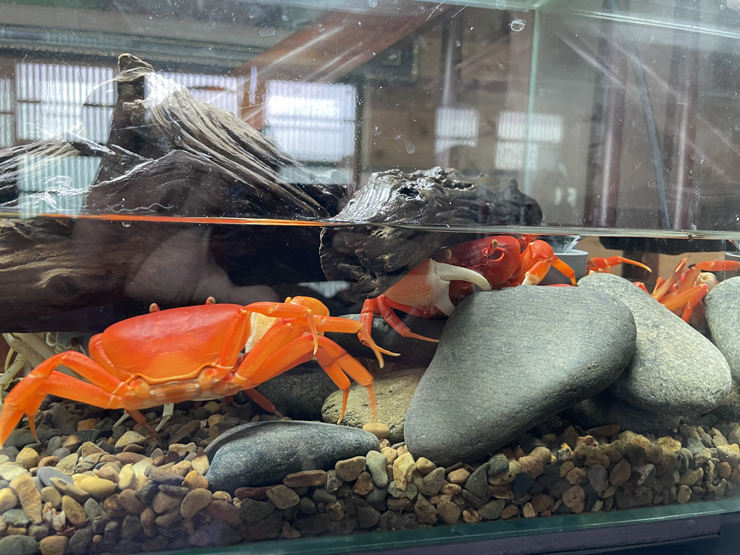 Curved ornamental crab, the English name is Hainan potamon crab, native to Indochina (not an invasive alien animal), living in a freshwater environment. Male crabs have to be very large, and more curved than females. Some mutant species, the larger they are, are on the left. 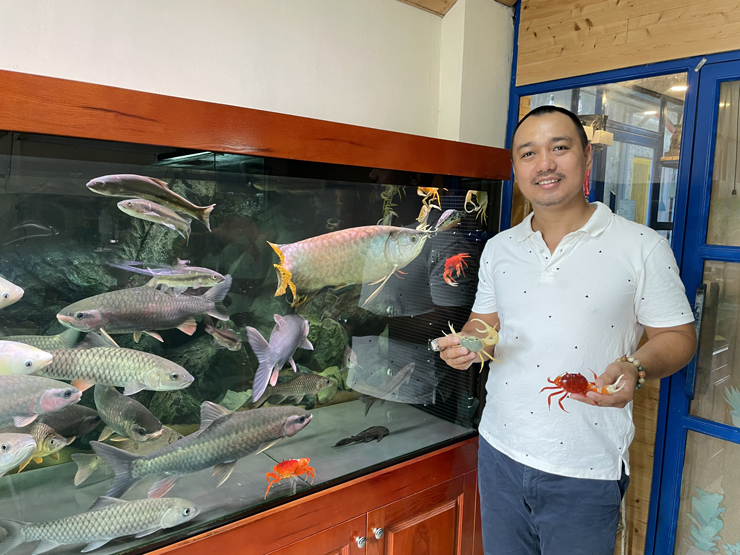 Starting from a passion for playing ornamental animals, Mr. Ha Xuan Loc (SN 1988, Hanoi) has been in love with ornamental crabs since 2016. 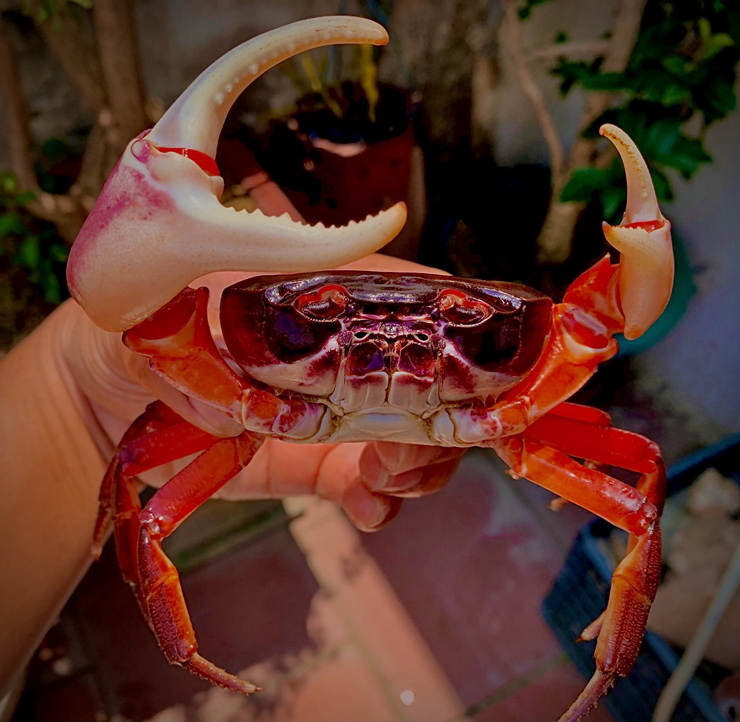 It is known that this is a freshwater crab in the mountain crab family, which can be found in the wild in Indochina countries, is not harmful to the environment but is very rare to catch because they live deep in the rock hollows of rivers and streams. This type of crab is harmless, when tamed, can be kept semi-terrestrial or released in aquariums. 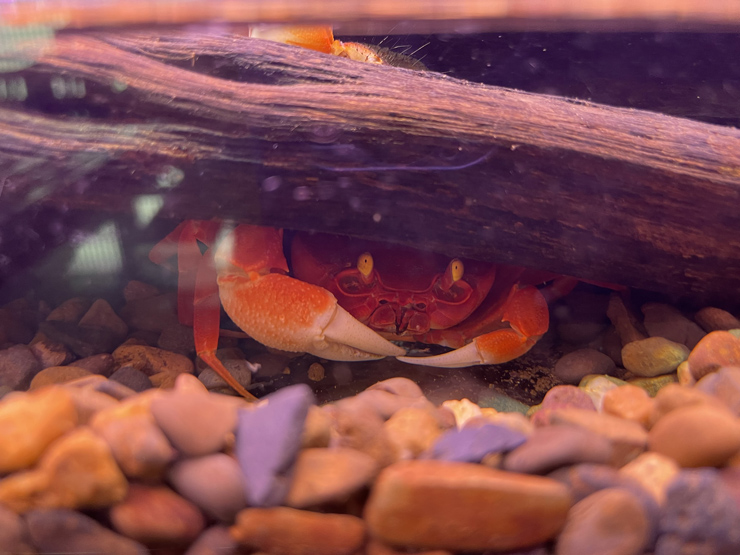 At first, he went to Thailand to learn about farming models and returned to the country to apply and tame them in accordance with our country’s conditions and environment. 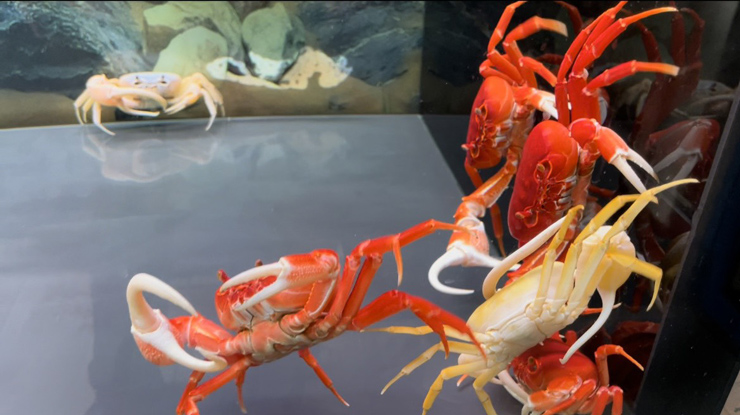 Having encountered difficulties, once his seed crabs died, he once thought of giving up when raising, taming and breeding this type of crab. 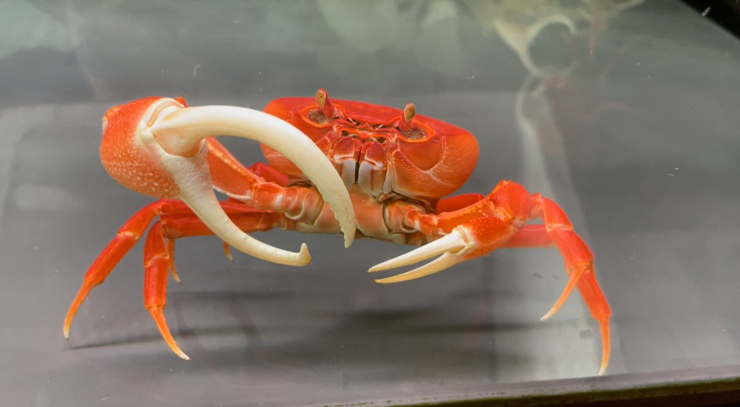 After 2 years, the first breeding crabs he bred grew healthy. 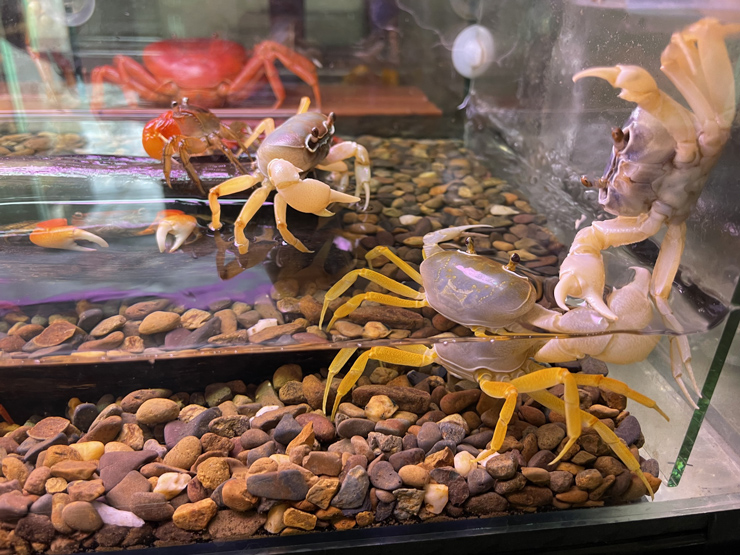 According to him, the habitat of crabs is very important, the ideal temperature is from 22 to 27 degrees Celsius, the amount of oxygen must always be abundant and the water level is only about 60% of the body height. 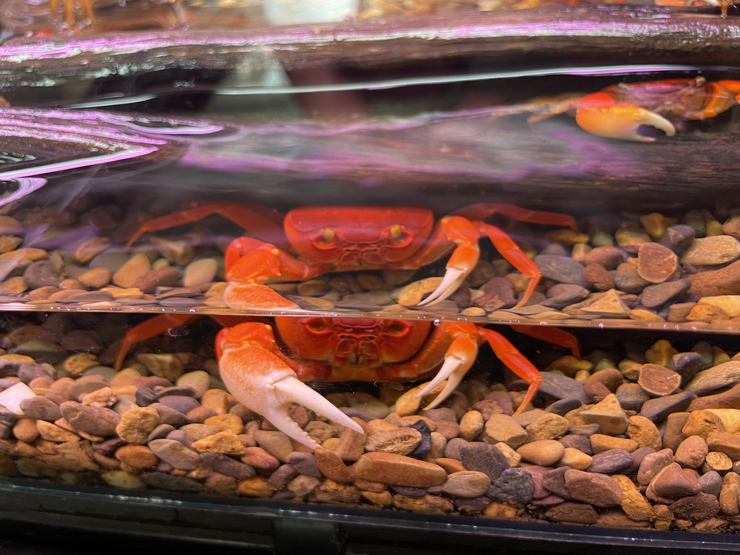 In addition, people often farm in a semi-terrestrial style with natural perspectives with driftwood, pebbles and small pebbles. Or can be submerged in 100% of water with ornamental fish provided that they provide an abundant source of oxygen. 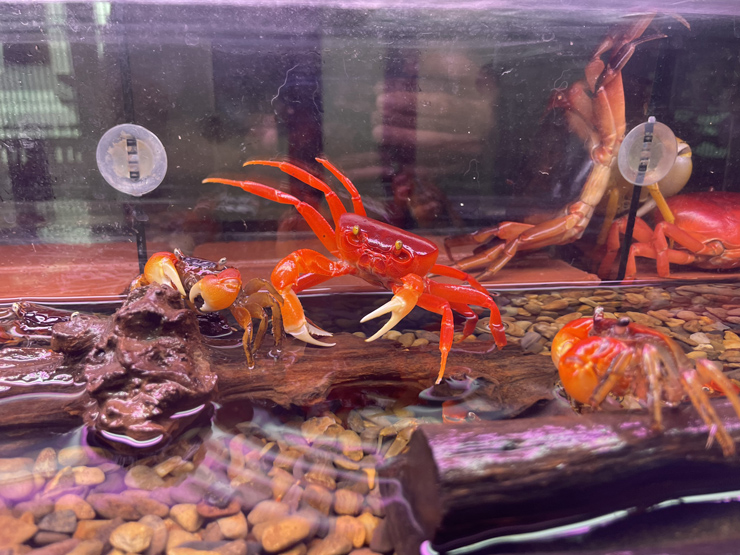 When there are signs of preparing to molt, farmers need to bring them to land to facilitate the process of changing their shells safely. 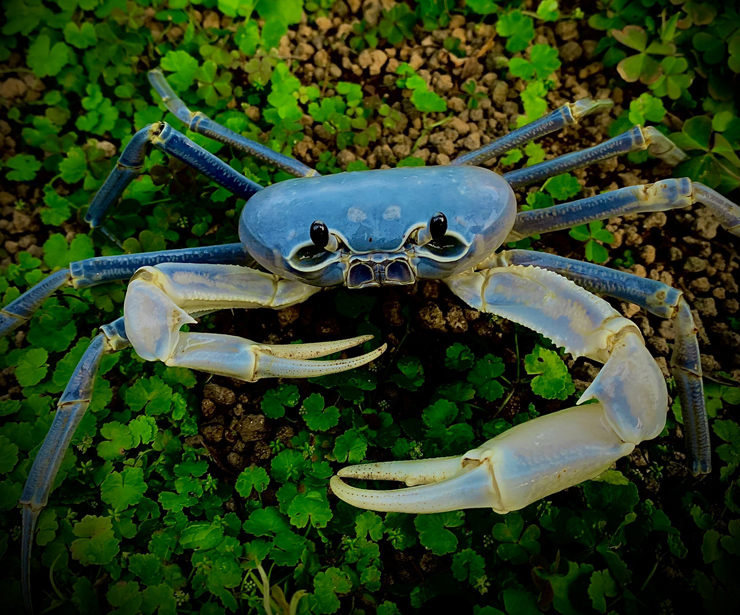 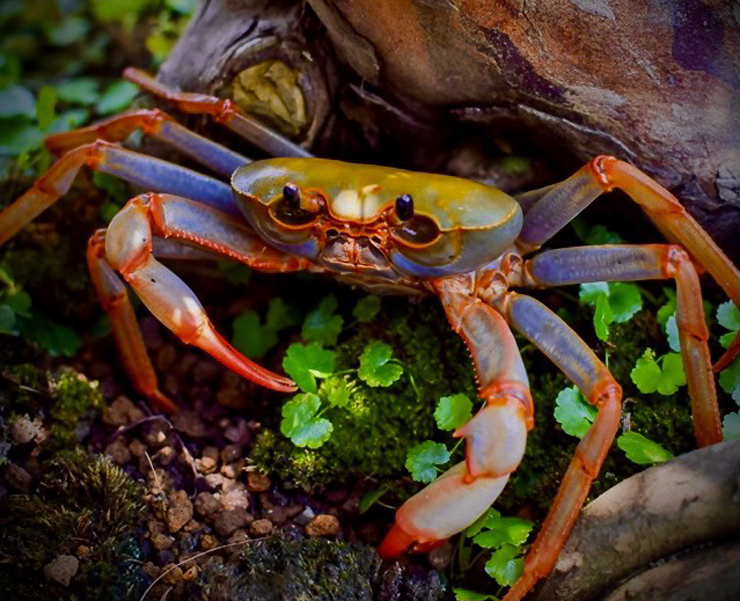 Crab farming is not difficult because it is very strong and brave, with a life expectancy of over 10 years. 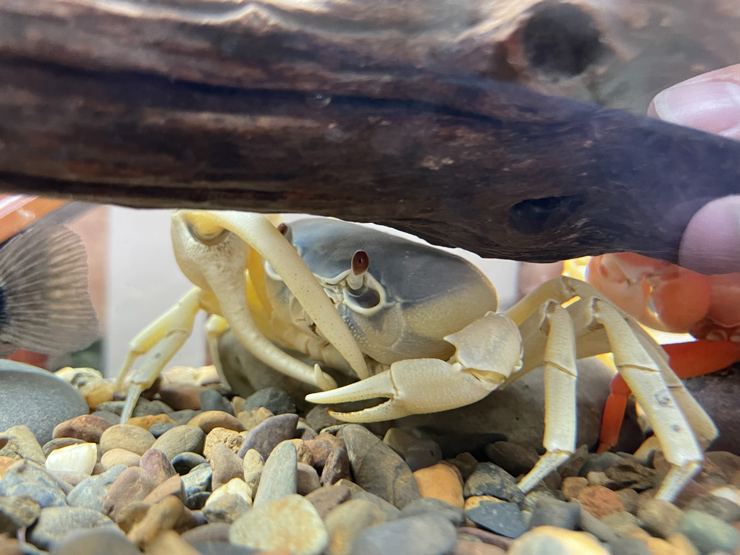 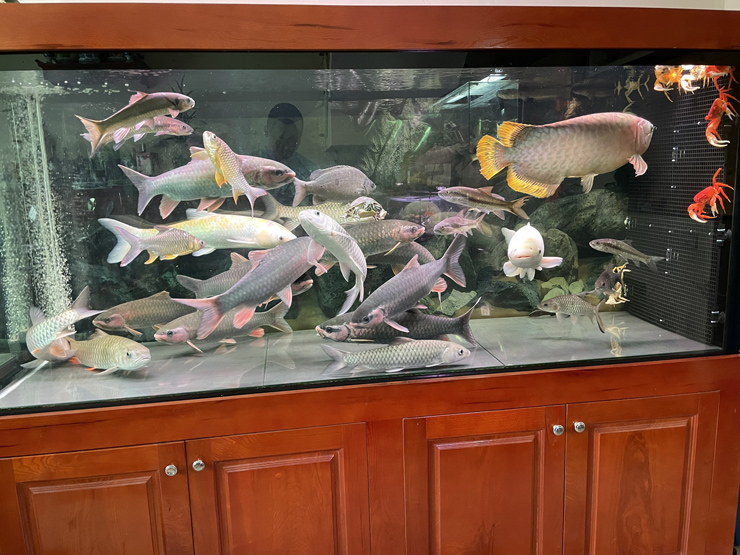 After 8 months, they can reproduce and only give birth once a year. However, in artificial culture, they can give birth twice a year and maybe more if they know how to take care of them. 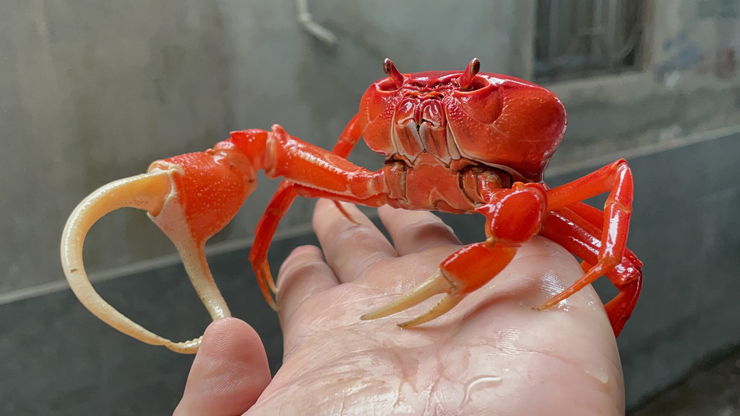 Breeding crabs is quite difficult because it is related to weather, temperature, and hibernation season … 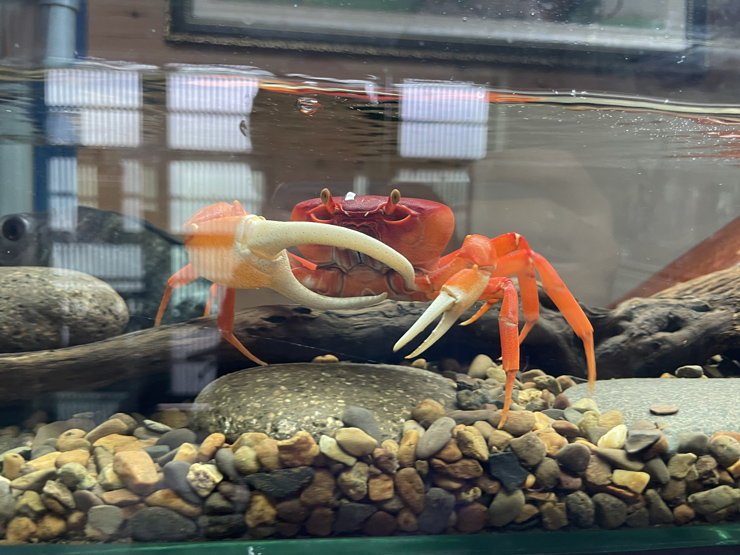 In addition to selling to the domestic market, Mr. Loc also sells to foreign countries such as China, Thailand, and Taiwan. 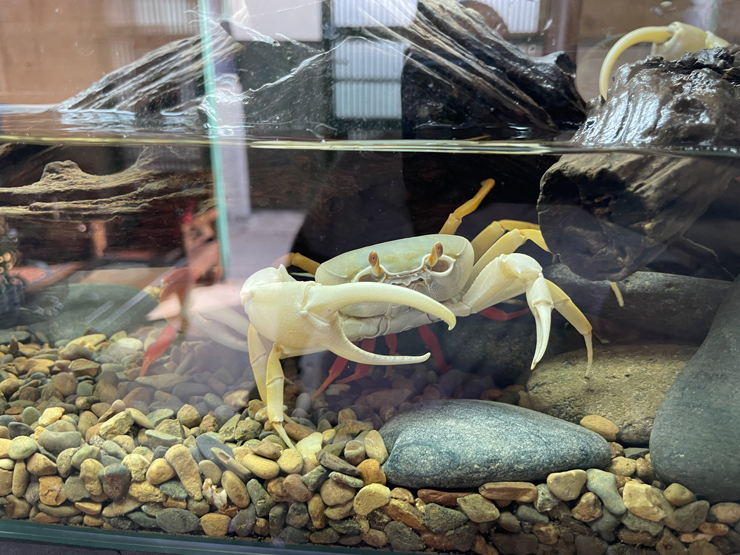