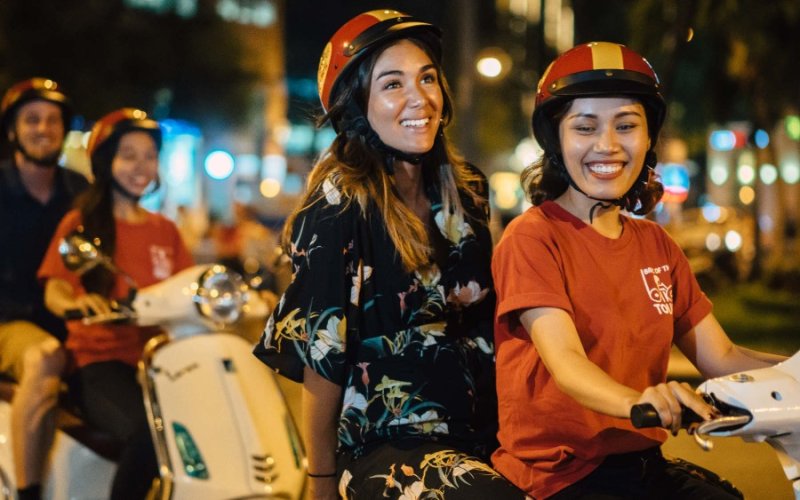 The beautiful country of Vietnam is known for its natural beauty and has a heavy load of history. There are numerous Buddhist temples and other notable structures that are worth visiting.

The country started becoming more popular in the last couple of years due to the increasing number of tourists and has become a popular destination for travel.

In terms of violent crime, it is rare to see it happen in Vietnam. However, as a tourist, you should always be on the lookout for petty crimes such as theft and bag snatching.

Being respectful of the culture of Vietnam and showing kindness to the people there can help make your trip to the country a successful one.

The Vietnamese Dong is the country’s official currency. You can exchange your money at banks, post offices, and hotels.

Some are afraid to gamble at an online casino with live dealers, but some things can be much more terrible. Various scams can occur to tourists in the country. One of these is prostitution, which is banned in the country. In certain areas, there are multiple bars and restaurants where prostitutes are operating. These establishments often scam their clients by spiking their drinks and robbing them.

Taxis and transport in Vietnam are not very safe. In certain areas taxis have been known to have rigged meters, which increases their prices by up to 8 times. There is also a scam that occurs when tour operators ask their tourists to pay a huge amount of money for damaged or broken buses if any crash happens.

In Vietnam, bag snatching and pickpocketing are common issues. In order to minimize your chances of getting robbed, make sure that all of your valuables are stored in a secure deposit box inside your hotel.

There are various natural threats that can affect the country, such as earthquakes and typhoons. Local authorities immediately inform about any natural disasters In addition, regular flooding can occur in certain areas.

Although there is a low likelihood of a terrorist attack happening in Vietnam, it is still important to be on the lookout for suspicious activities.

How Safe Is Vietnam Really?

Despite the relatively low crime rate, recent attacks, such as robberies and assaults, have been carried out using weapons. As a result, tourists are still most at risk from petty crimes, such as theft, purse snatching, and bag snatching.

Due to the local culture, tourists should avoid shouting at people in Vietnam. This can be considered an insult, and one can never predict what will happen to them in such situations.

One of the most common problems that tourists experience in Vietnam is bike snatching. This occurs when thieves use their motorbikes to snatch the belongings of pedestrians, such as their bags, jewelry, and mobile phones.

In addition to bike-snatching, tourists are also prone to get robbed of their valuables when they leave their bags unattended on the beach.

In some hotels, including five-star establishments, there have been reports of items being stolen from guests’ rooms. These include wallets, jewelry, and cameras.

Although the streets are generally safe in Vietnam, it is still important to avoid areas that are filled with bars and clubs that are usually full of suspicious individuals.

These areas are more likely to be the target of robberies and sexual assaults. When traveling to Vietnam, it’s important to have travel insurance that covers both the cost of health medical treatment and the loss of valuables. Always be aware of your surroundings when visiting this city.