Ha Ton Quyen Dumpling Street (District 11) is one of the ideal places to discover the unique features of Chinese cuisine in Cho Lon. This street is also being planned by the local government to develop a walking city to develop tourism.

Ha Ton Quyen road connects from 3/2 to Hong Bang street however, the busiest section is only about 300m from Tran Quy to Nguyen Chi Thanh with a long row of dumpling stalls. The shops are usually open from noon to night but are especially lively after 5pm.

The menu, taste and price at the shops are quite similar to the basic dishes such as dumplings with oyster sauce, mixed dumplings, deep-fried dumplings, and noodle dumplings… A portion of steamed dumplings with oyster sauce at one of the oldest restaurants on Ha Ton Quyen Street will fill you up. 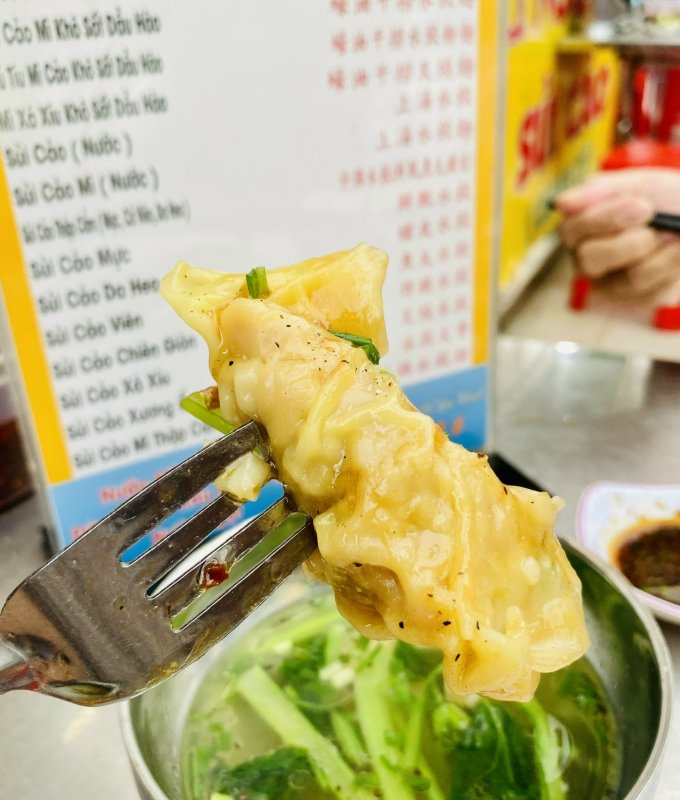 Each shop has a menu of more than a dozen dishes, each with its own appeal 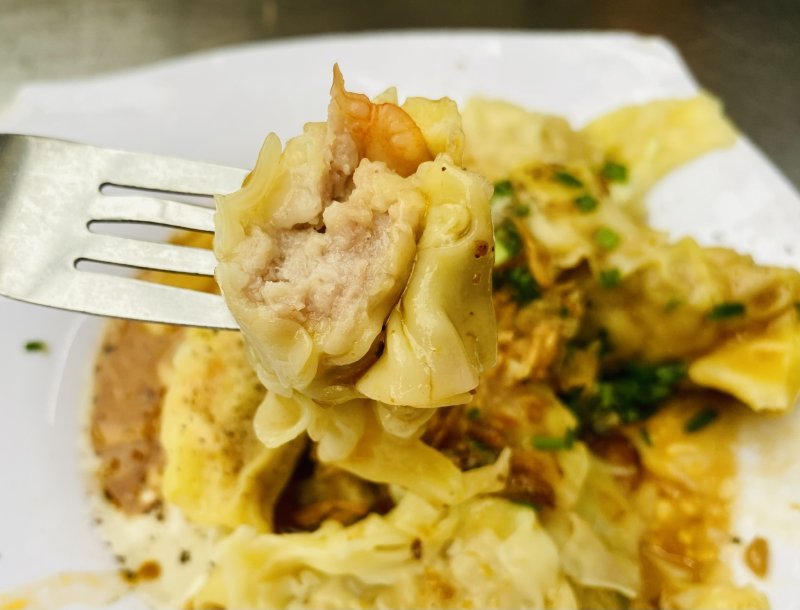 Although the dish has many ingredients, the unique taste of each ingredient is still easily recognized by diners. This is a unique and interesting point in the culinary culture of the Chinese people

The dumpling is similar to wonton with an eye-catching golden wheat flour outer shell. However, if the wonton is round and has only pork filling and the dumpling has a semicircle shape, the filling inside is ground meat that covers the whole sweet red shrimp. According to the shop owners, the method of making this dish is basically the same in every shop. The other point is the experience and skill of each owner. Some restaurant owners “revealed”, to make the pork part more delicious and not dry, they mixed a little fish cake, shrimp cake, then pounded it and stuffed it again to make it tough and crispy.

If you order mixed dumplings (water), there will be some more unique toppings in the culinary culture of the Chinese people such as crispy pork skin, squid soaked in ash water. These are two very unique dishes that take a lot of time to prepare. In addition, dumplings are also combined with noodles, char siu meat, sausages (bones) … In the soup dumplings, diners can enjoy many other interesting things from crispy pork skin and squid soaked in Chinese ash water and fish cakes. 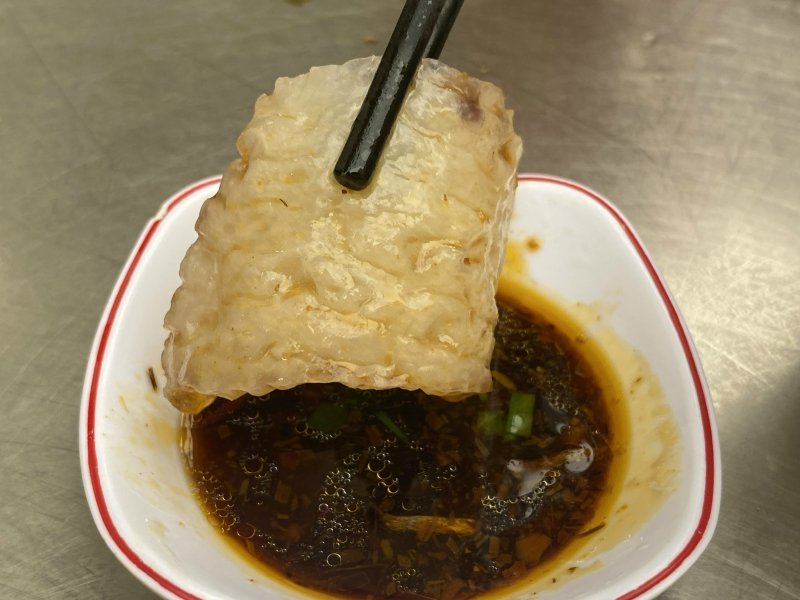 To add flavor, diners can mix some soy sauce with Tieu vinegar and satay. This crispy pork dish is something that causes “nostalgia” in the culinary culture of the Chinese people

Most of these shops have existed for a long time and are the traditional profession of Chinese families in Cho Lon area . It is the attractiveness of the food and culture that makes this street brand. Since then, the local government earlier this year came up with the idea of ​​​​developing it as a walking city combining food and drink to attract more tourists and develop the economy . 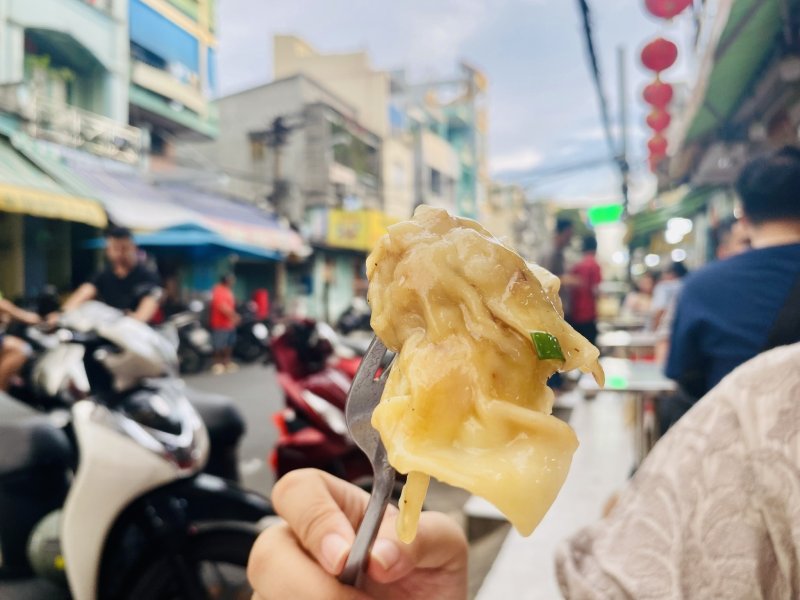 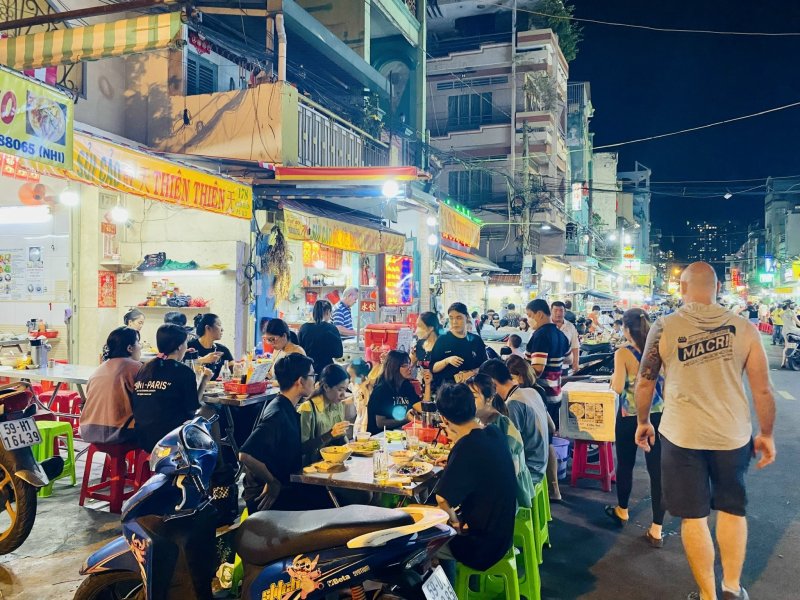 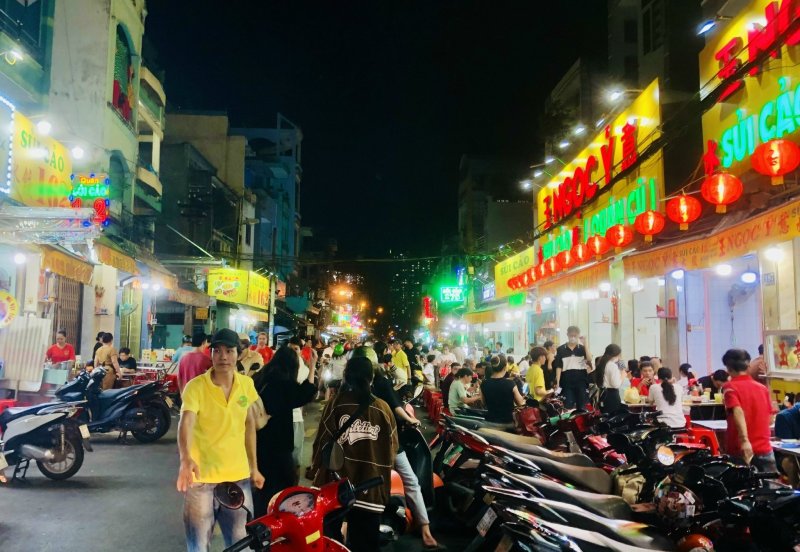 The street is being planned to develop a pedestrian and food city. Around here, many shops are being invested to “prepare” the pedestrian street

According to some documents, on October 19, 1955, the name Ha Ton Quyen street was officially born, named after an intellectual from Ha Dong (now part of Hanoi ). He obtained his doctorate in 1822, served as an official of the Tri Bo Lai under King Minh Mang’s reign, and was posthumously awarded the title of Thuong Bo Lai.

Dumplings, derived from the Cantonese word for banh tai or Banh Xeo, are steamed buns. A main dish during the Lunar New Year. Legend has it that this dish dates back to the Han Dynasty in China .