A true flower, fragile, but full of energy when reaching out on the rocky plateau and used to be the hunger-saving food of the highland people, is the buckwheat triangle.

These days, buckwheat flowers are blooming all over the mountains of Dong Van ( Ha Giang ), adding to the heritage region many spectacular images and becoming an attractive destination in the top part of the country.

Throughout the mountains and forests of the East-Northwest, there are many exotic flowers, among them, buckwheat is the most simple flower, just need to put in the effort to sow the seeds, then let the earth and sky nurture, but the beauty of nature. it when the flowers are in the season has created an attraction, becoming a phenomenon, a season full of expectations of lowland people when winter comes. Buckwheat is also a rare flower when the season comes, it is honored as a festival. In 2022, the buckwheat flower festival is officially opened on November 26, with the theme “Stone Plateau Vitality”.

Born in 2015 and becoming an annual event, the buckwheat flower festival opens, not only an opportunity to see a stone plateau of Dong Van, or Quan Ba, Yen Minh, to Meo Vac… a different beauty.

The early winter makes the earth cold, even cold if it encounters drizzle. In the grayness of heaven and earth, the buckwheat triangle has just begun to show white, pink, and green background of leaves, only fragile, but when that beauty covers the whole mountain, or stretches along the pass, creating a shape. The photo is really different if compared to the golden seasons of rice, the season of peach blossom, apricot blossom, plum blossom.

It can be affirmed that the attractiveness, attractiveness and benefits from economy, culture, tourism, and cuisine are the strong points of the triangle circuit. According to statistics, in 2022, Ha Giang province has spent more than 400 hectares to grow this flower variety, and is also the province with the largest area of ​​buckwheat flowers in the country. Mr. Matsuo Tomoyuki, a Japanese, who is also an expert on buckwheat in Vietnam, commented: “The buckwheat triangle in Ha Giang is an original, pure variety, never crossed or modified, so it retains its flavor. The taste is special compared to all other buckwheat varieties from China and Japan that I have ever approached and studied.

Buckwheat seeds used to be just discarded stuff, for cattle to eat; or only when there is a famine, a loss of corn and potato crops, the natives will use it. Currently, in addition to the attractive image and tourism development, buckwheat seeds also create a rich source of livelihood from cooking wine, baking, and donuts, especially for export to the Japanese market. famous soba noodles. Thanks to the original variety, along with the fresh climate, high altitude above sea level, pure water source, a lot of wind and dew, etc., the buckwheat triangle in Ha Giang has a superior aroma, sweetness, and fatness. similar products in the world .

Another flower season is back. The beauty and attraction of the buckwheat triangle from the perspective of tourism exploitation is obvious, but the cultural, economic and export values ​​of this natural flower will gradually become a spearhead in the development of tourism. socio-economic development for the highland people in the top regions of the country. 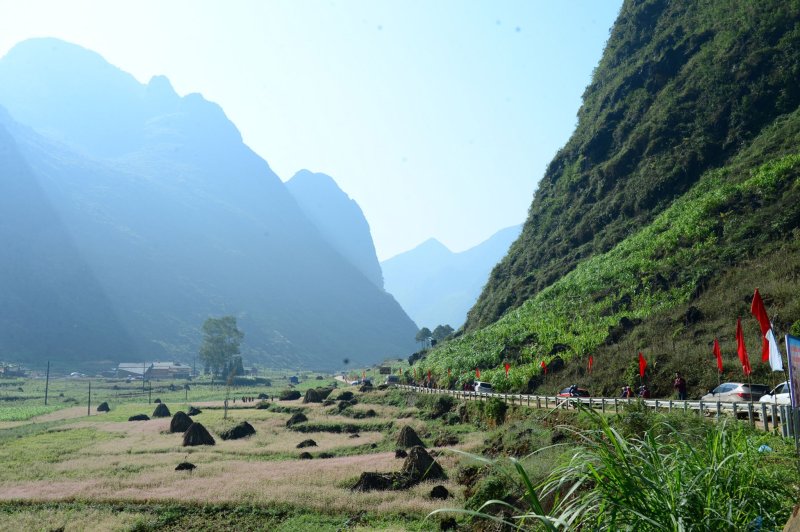 The end of November every year is the season of buckwheat flowers, the mountains and hills put on a fragile pink coat 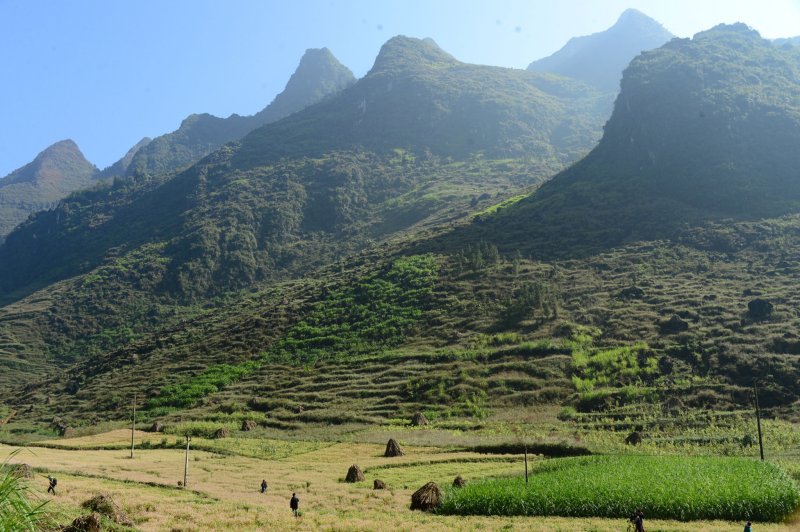 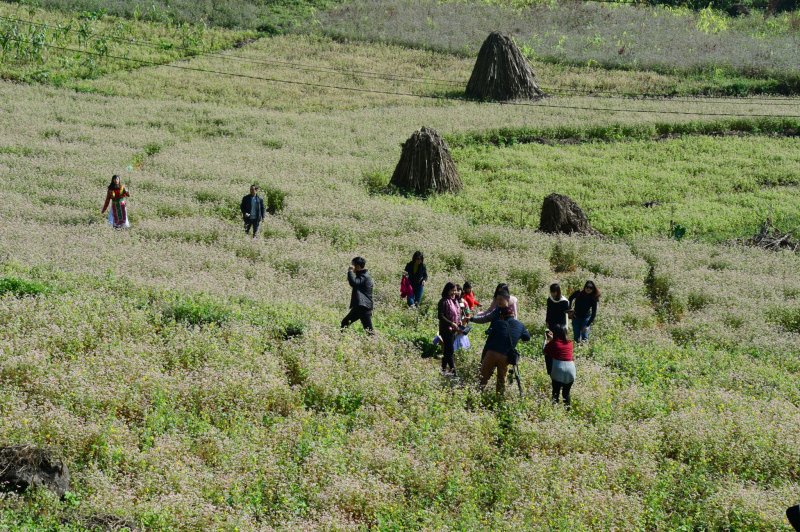 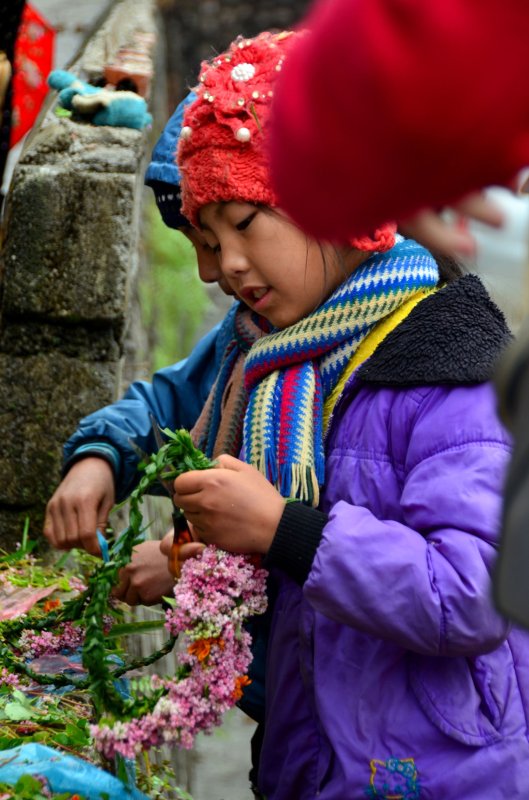 The beauty of buckwheat flowers is utilized by indigenous H’mong children to create garlands for tourists. 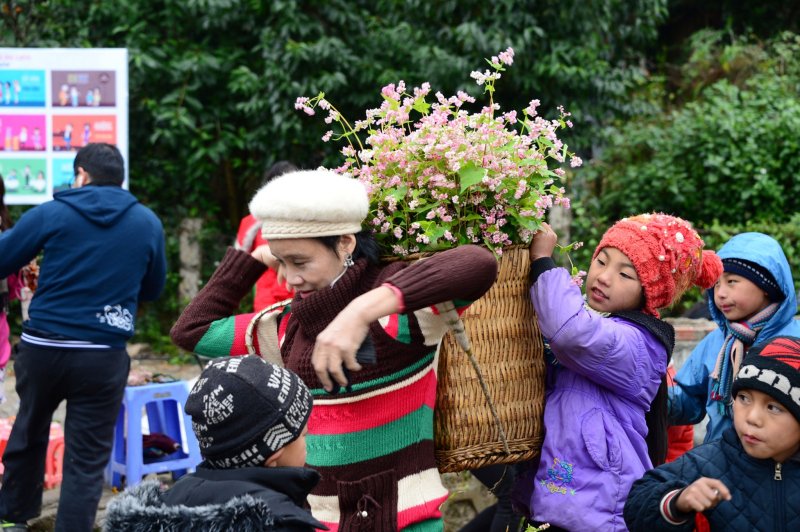 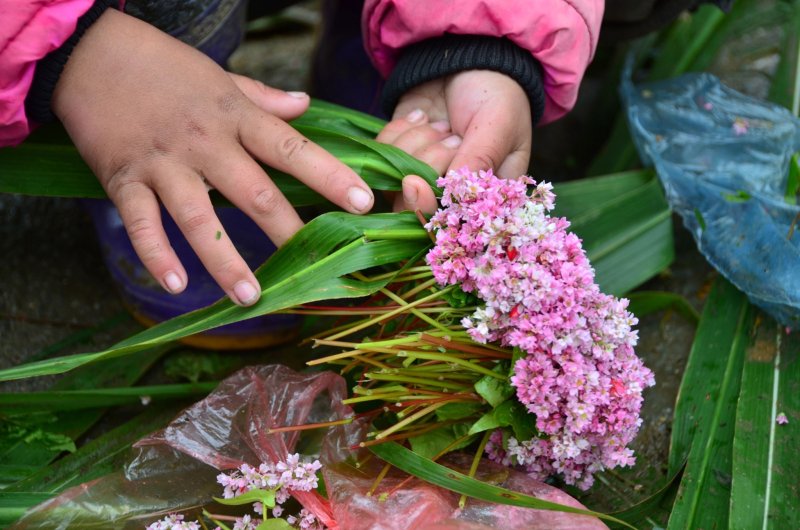 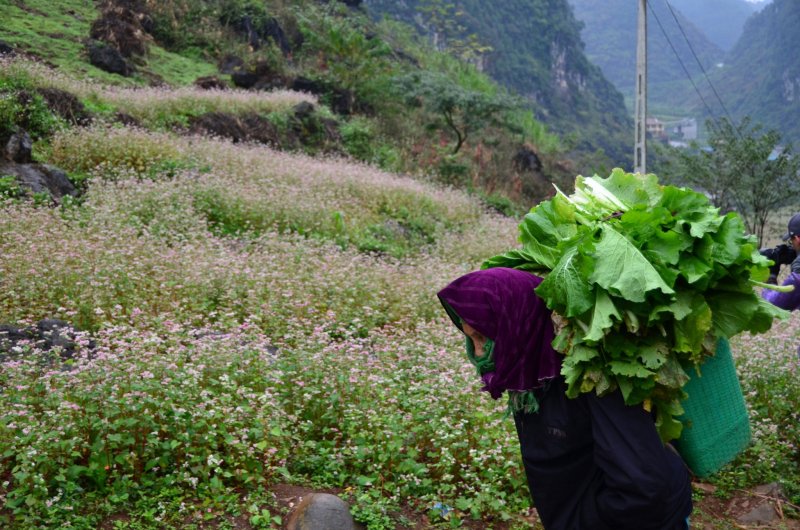 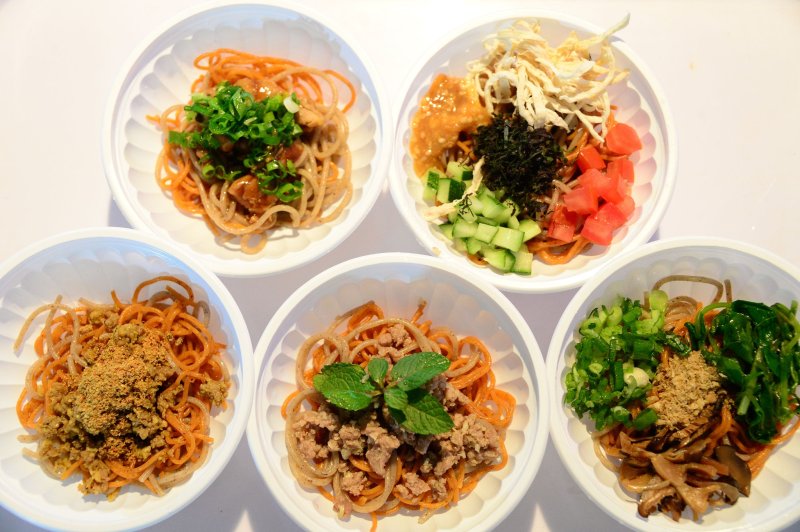 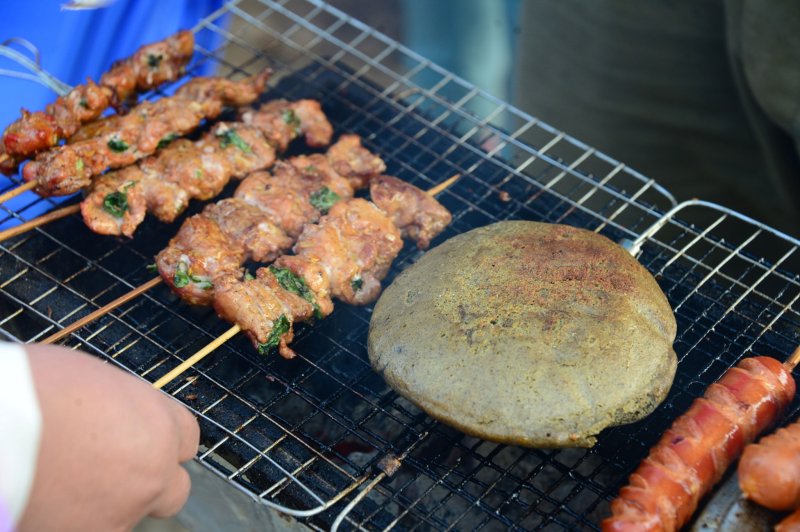 Bread dough baked from buckwheat seeds served with grilled skewers for sale at the foot of the Lung Cu flagpole. An attractive winter dish in Ha Giang