The large planes seen from a very low distance from the ground are fancy and attention-grabbing images, but to the people here they are too common, and not many people care. 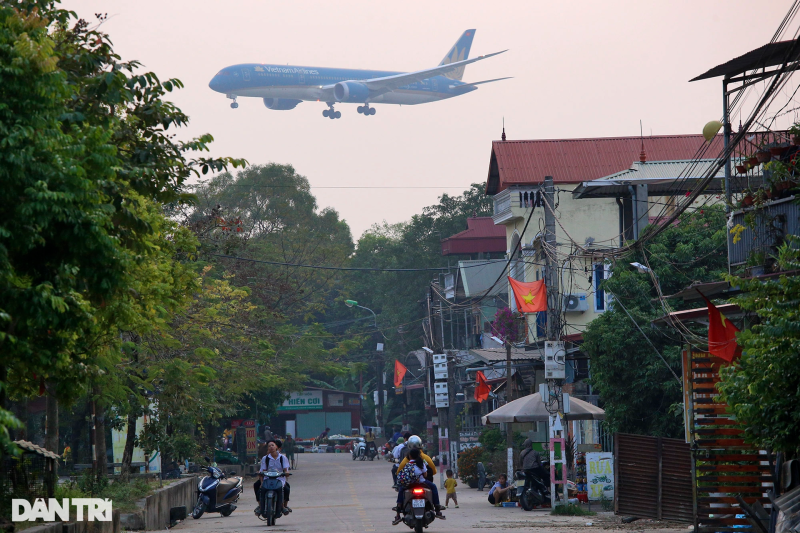 The road leading to Bac Thuong village (Quang Tien, Soc Son, Hanoi) is like a line of sight to the planes landing at Noi Bai International Airport, Hanoi. 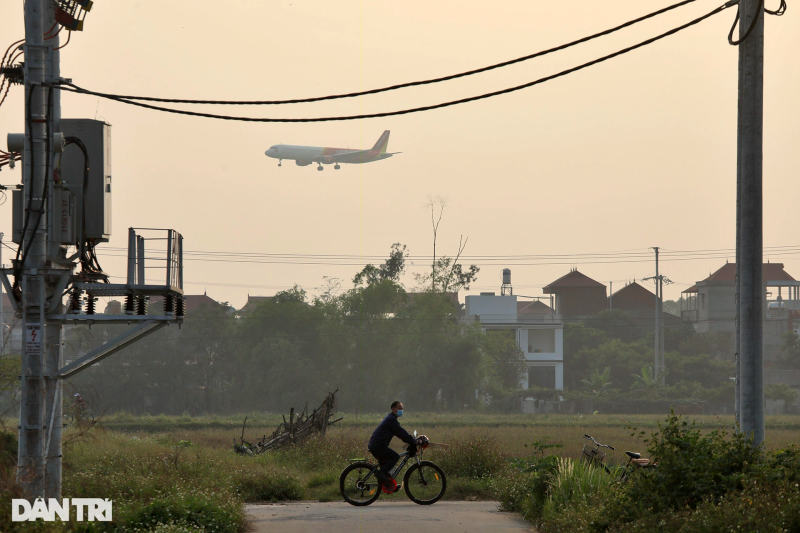 People in Bac Ha and Bac Thuong villages are familiar with the scene of the plane crashing through the roof and the howling wind all day and night. On average, Noi Bai International Airport has nearly 600 flights a day and 80,000 passengers. 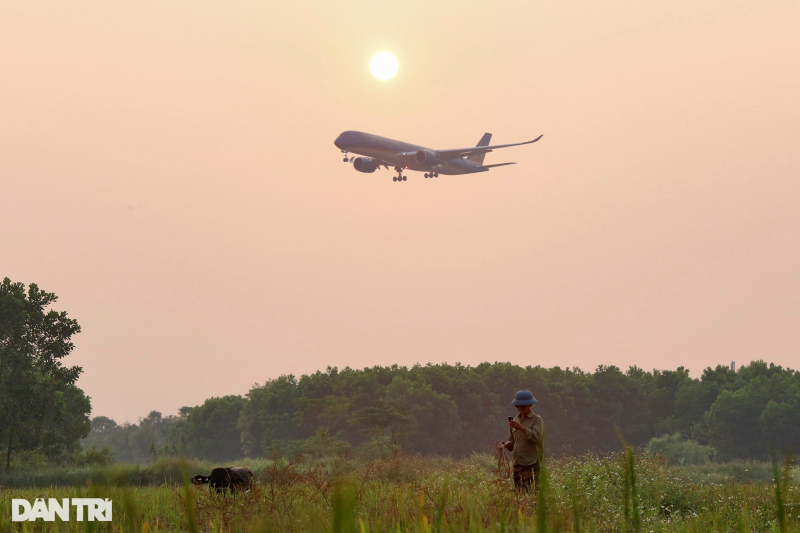 Quang Tien, Thanh Xuan, and Phu Cuong communes are all close to the runway of Noi Bai airport, where the planes land. The photo captures the moment a farmer grazes his cows and dials his phone with a calm expression while a plane is landing in the roar of the engine. 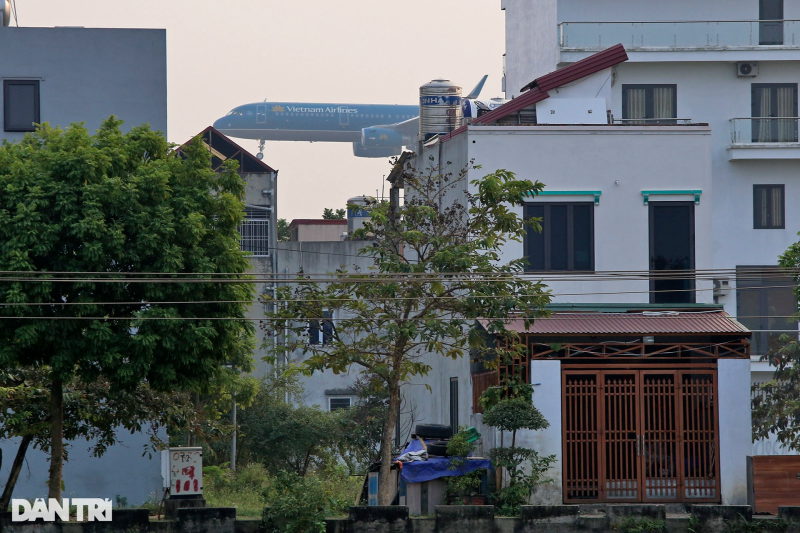 The big plane peeking behind the houses in Bac Ha village is a familiar image here. 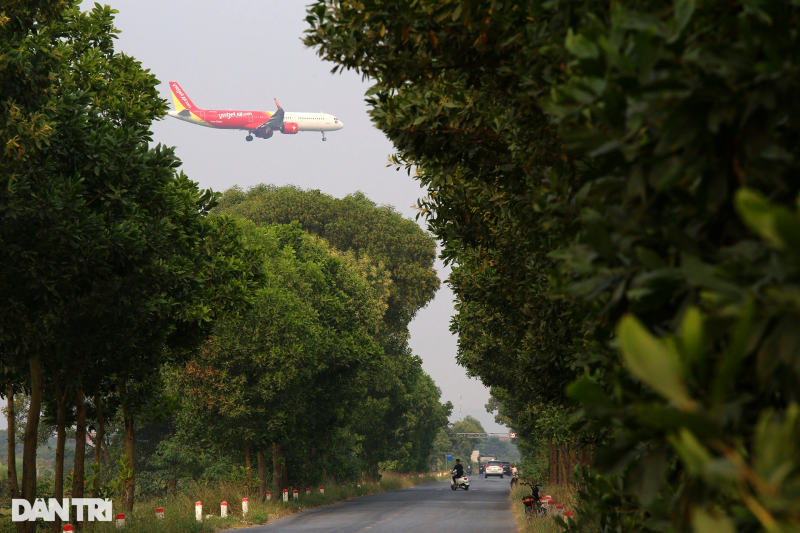 A landing plane cuts through provincial road 131, this is the road that cuts through the landing stream of flights to Noi Bai airport. 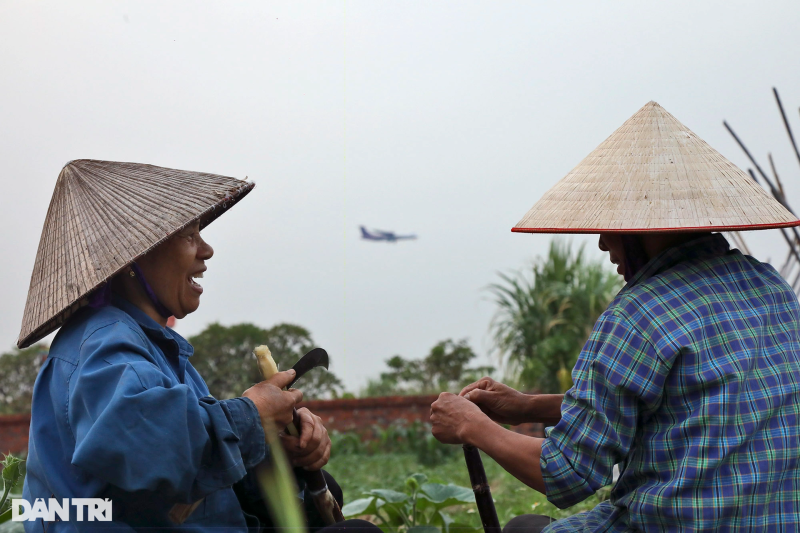 People often joke that the recent Covid-19 epidemic has been a rare “quiet” day here when the volume of air traffic has decreased significantly. 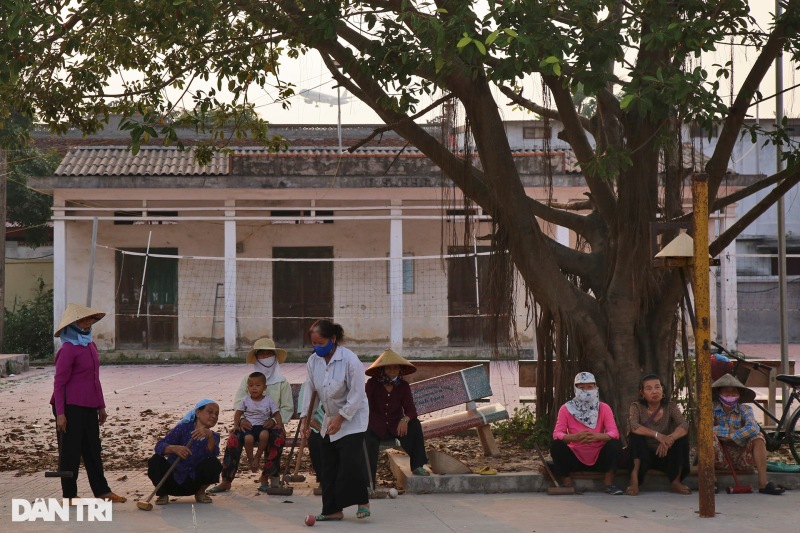 Women are playing doorball under a flight landing through the sky of Bac Ha village. 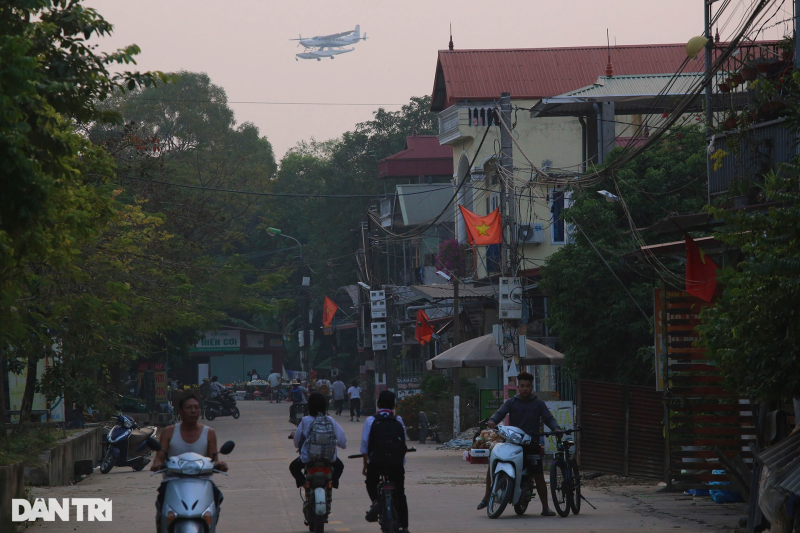 Even when strange seaplanes landed, people here did not notice. 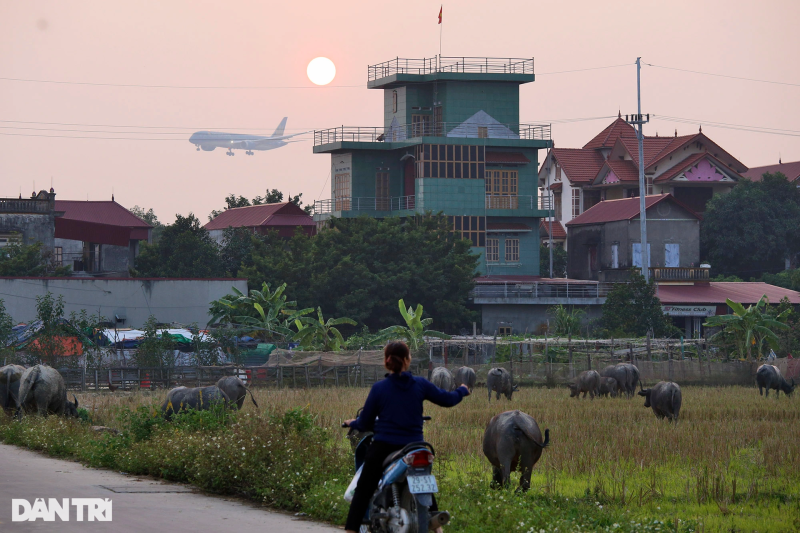 An afternoon grazing activity in the fields of Bac Ha village under the rumble of low-altitude aircraft engines. 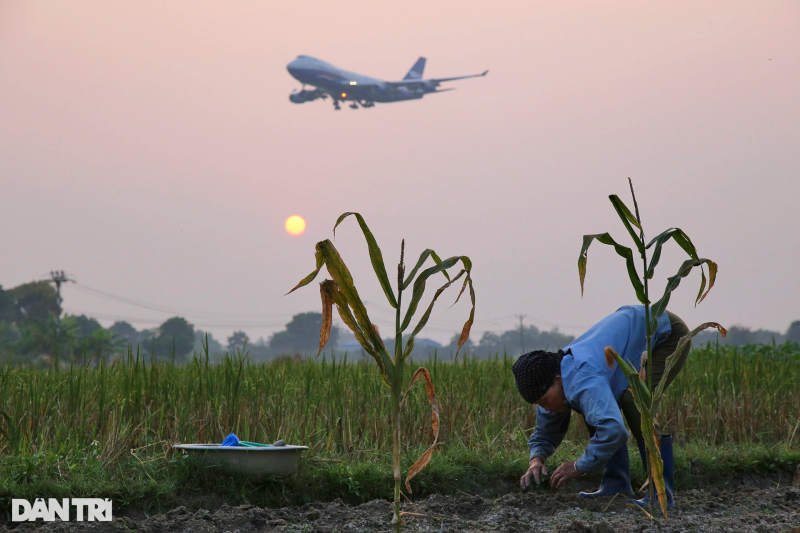 A landing in the sunset in the fields of Quang Tien commune. Noi Bai International Airport has 2 parallel runways, the center line is 250m apart, but they are not used for take-off and landing at the same time. 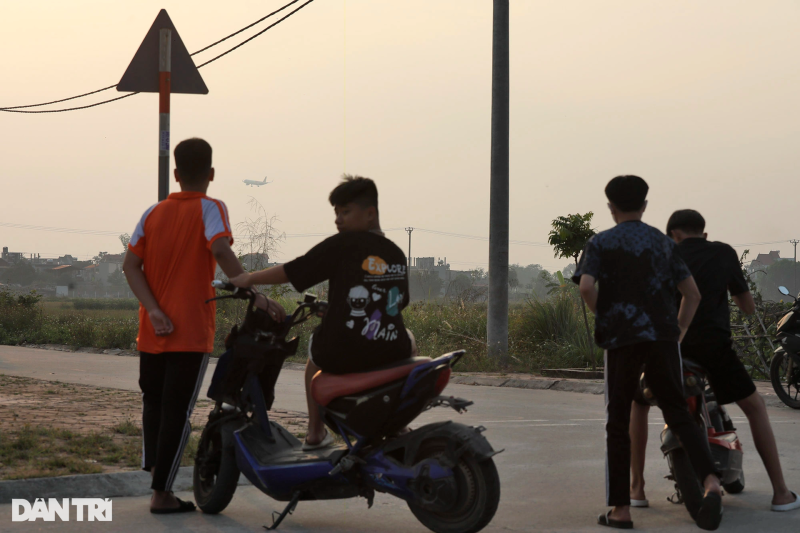 In the past, Noi Bai International Airport was built from an airport that was severely damaged during the war. Over the past 40 years, it has completely changed to become a particularly important international trade gateway of the capital Hanoi in particular and Vietnam in general. The apron is capable of receiving modern, large-body aircraft such as Airbus A380, Boeing 747… 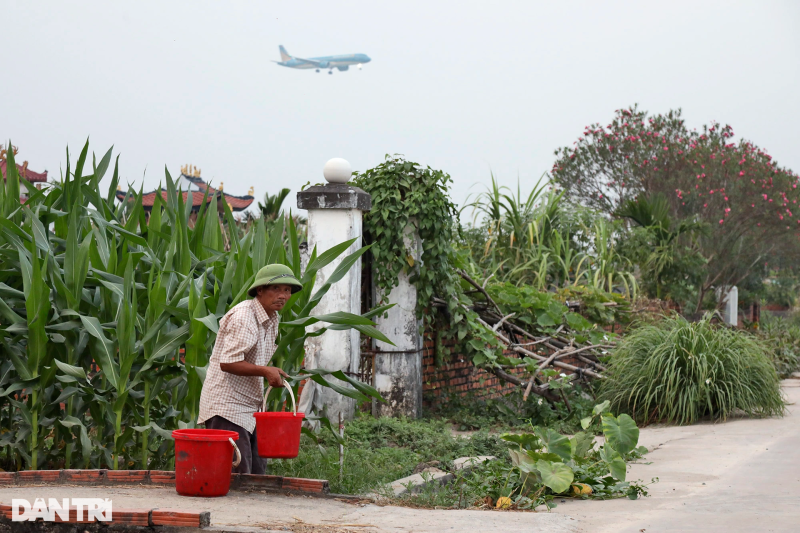 Scenes of people taking care of agricultural crops in Dien Xa village (Phu Cuong, Soc Son). This is the closest village to the landing road in the airport area. 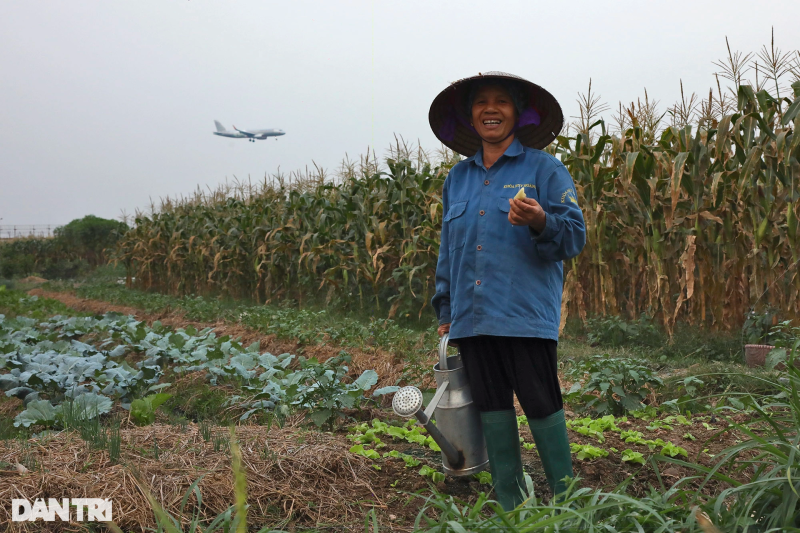 The farm work of the people of Dien Xa village was not affected by the landings. From 5pm daily, there is only one landing every few minutes on average. 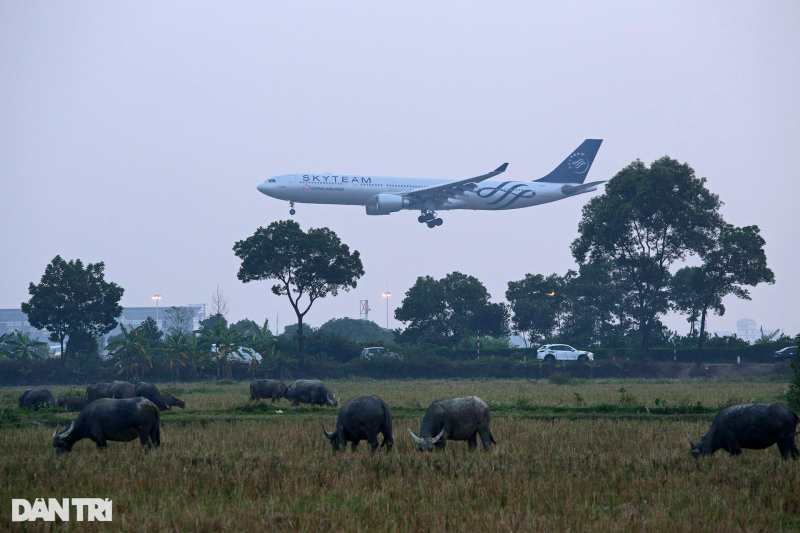 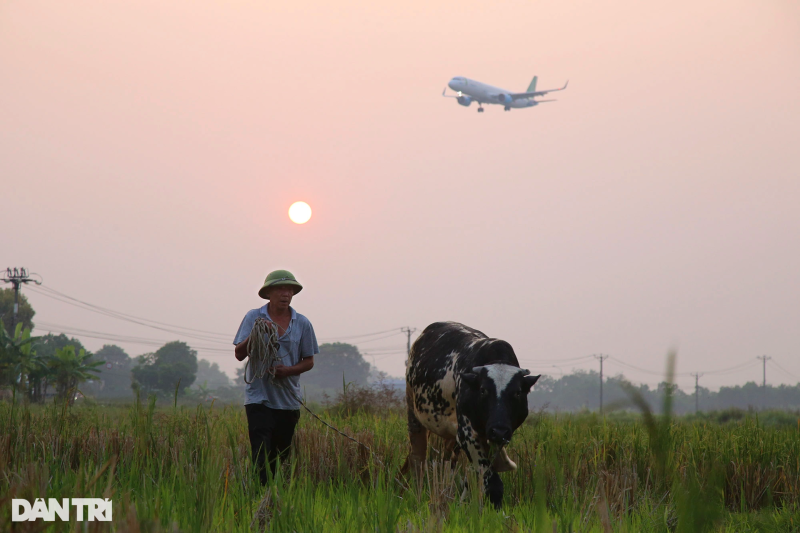 An airplane lands in the sunset in the field of Quang Tien commune.