NINH THUAN – Isolated on a cliff, nearly 2 km from the center of Vinh Hy Bay, the vegetarian restaurant challenges diners when they come for the first time.

In early October, Thu Ha, 36 years old, Hanoi, chose Vinh Hy Bay as a tourist destination to relax before changing jobs. Arriving in Vinh Hy when it was the rainy season, the vineyards were not many, so according to a local, she went to a vegetarian restaurant on the top of the mountain in the buffer zone of Nui Chua National Park. 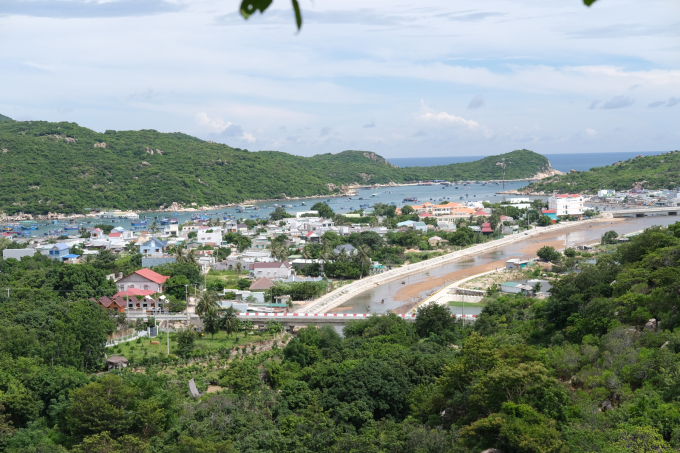 The shop is located on a cliff, overlooking Vinh Hy Bay. 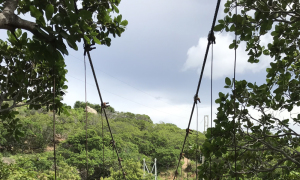 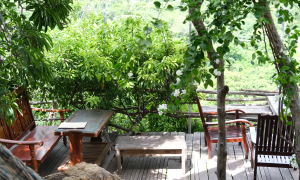 In the area of ​​Lo O stream, in Ninh Hai commune, a young couple’s vegetarian restaurant is located quite isolated, built on a cliff and overlooking the fishing village and Vinh Hy Bay. In the middle of 2020, the owner and his wife, because they love the beautiful scenery here, move in and start to make their dreams come true. After 7 months with much effort, the small shop was formed and put into operation in February 2021.

The shop is nearly 2 km from the center of Vinh Hy fishing village but difficult to find for first-timers. To be able to come here, diners have to go through the suspension bridge, wade Lo O stream, but when the water is high, they will have to take off their shoes and raise their high pants. Finally, there is a journey through the hill of lime, a popular local tree. Thu Ha said, it is best to ask more people for the most specific directions. 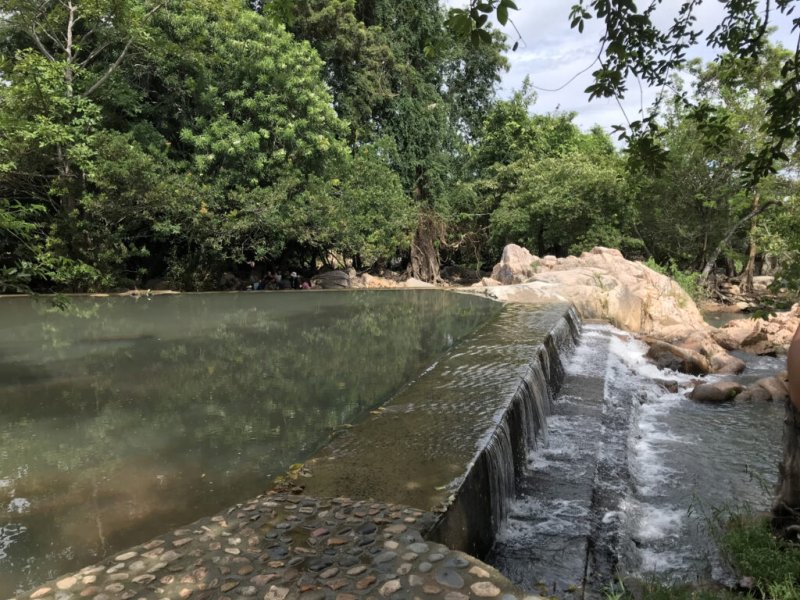 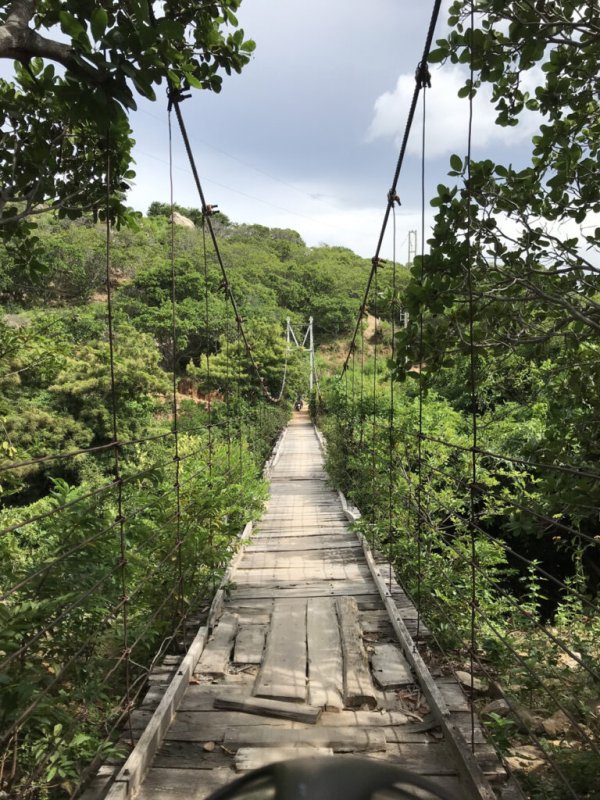 The road was difficult, but when he arrived, Ha was impressed with the space of the shop. There are only about 10 sets of tables and chairs, arranged outdoors, in the garden corner or on the cliff, under the wide trees, so even though there is no fan, no roof, guests still do not feel the heat. From here, it is possible to fully capture the scenery of Vinh Hy fishing village, watch the zigzag road, many folding crabs through the mountain and the dolphin’s nose… 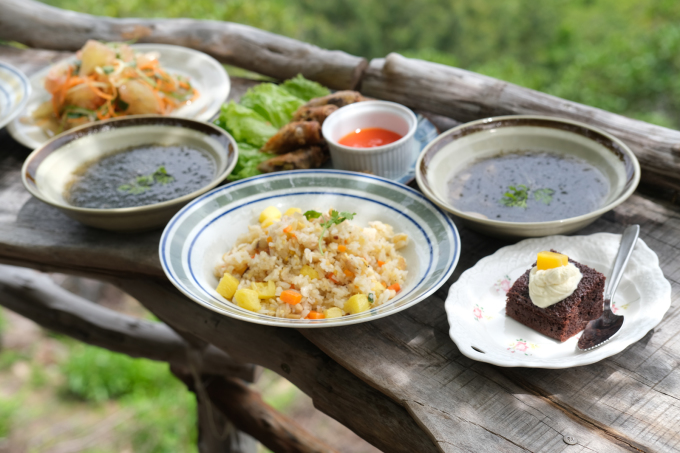 One of the special features of the restaurant is that there are only 2 menus, one European and one Vietnamese. Guests who want to be vegetarian will only choose one of these two menus, with no other options and must book at least half a day in advance. If you arrive unannounced, you can only order water and cake. Each menu is full of appetizers, main dishes, desserts, priced at 150,000 VND per person.

The bar’s drinks are diverse with tea, coffee, juices, and some homemade cakes. Some drinks here also have their own highlights such as orange peel coffee with the mild sour taste of arabica seeds and the aroma of orange peel. Cakes and drinks are in the price range from 40,000 to 50,000 VND (2-3$).

Thu Ha said, the shop is only suitable for those who like nature, have a lot of time, and eat lightly.