After many years of cherishing, from the beginning of the 2022-2023 school year, Doan Thi Tu decided to open a “0-VND rice cooker” to share free lunches with students in difficult circumstances.

Every morning of the week, the small yard in front of Ms. Doan Thi Tu’s house – Head of village 5, Dak Ha commune, Dak Glong district, Dak Nong province is busy, full of laughter and laughter of many women.

For nearly 2 months now, after arranging household chores, some women around the area have come to help with the work at the “0-dong rice cooker” initiated by Ms. Tu.

One job for each person, in just about 3 hours, nearly 100 meals have been prepared by everyone to provide free of charge to students of Anh Duong Kindergarten. Ms. Tu is a native of Can Tho. In 2005, after many years of working in aquaculture, Ms. Tu and her husband moved to Dak Nong to work as annual hires for a durian farm. In 2019, Ms. Tu was elected to be the Head of Village 5.

Over 17 years of living and doing business in Dak Nong, Ms. Tu gradually understands the difficulties and deprivations of the people here. In particular, village 5 is the residence of ethnic minorities, so compared to the general face, this is still a land of poverty, illiteracy and many outdated customs. Witnessing those scenes, over the years, she has cherished about “0-dong rice cooker”. 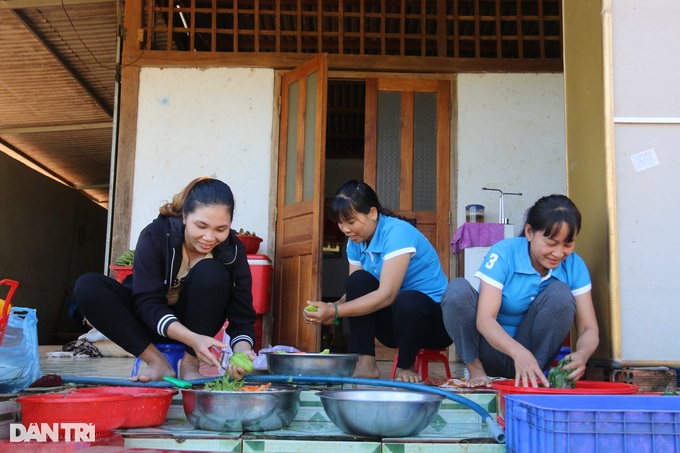 Ms. Tu has cherished being a “0-dong rice cooker” after many years of living in Dak Nong (Photo: Dang Duong).

“A few years ago, there was a drowning incident here that killed 3 young children. Learned about the situation, and learned that their parents went to work in the fields and did not come home at noon. After school in the morning, the children played by themselves. Since then, I cherished building a free rice cooker, first of all, to help the children get enough quality food, and also a way to protect the children’s safety when there are no parents. next to me,” said Tu. 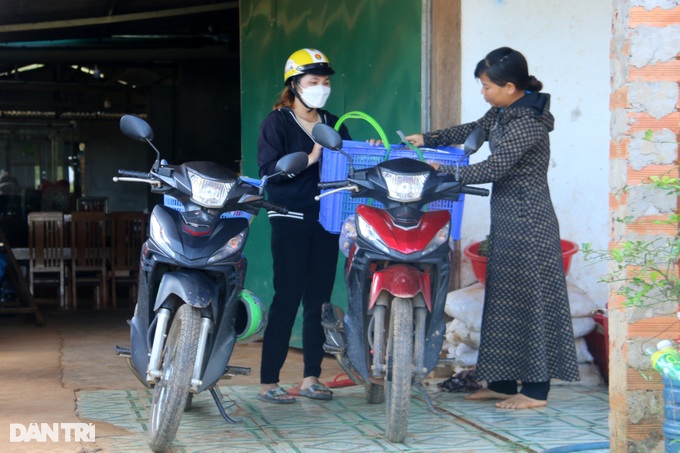 At the beginning of the school year 2022-2023, the kitchen was officially put into operation. Up to now, Ms. Tu’s “0-dong rice cooker” has entered its 9th week of operation, serving 80-90 meals a day for students of Anh Duong Kindergarten.

Ms. Tu said, because many students have difficult circumstances, meals at home are often not enough, so when opening the kitchen, she tries to prepare 3 full dishes of salt, soup, and vegetables. The menu changes daily, sometimes with extra fruit supported by benefactors . 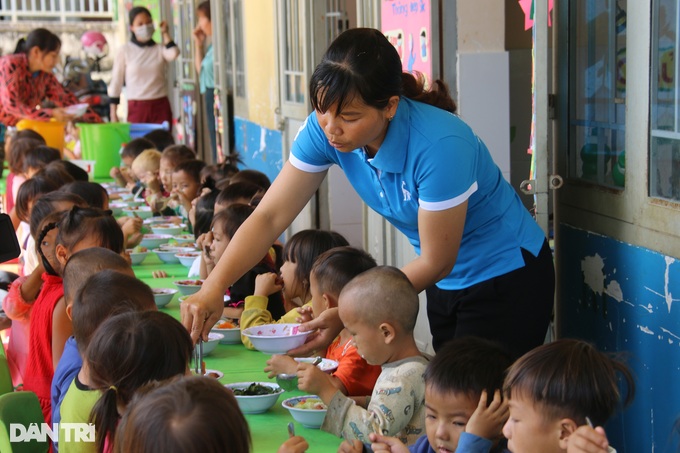 After hard work, racing against time to prepare nearly 100 free rice soup meals, Ms. Tu and all members of the “0 Dong Kitchen” felt heartwarming when seeing the children eating well. The dishes will be changed continuously from Monday to Friday, sometimes with additional fruit supported by benefactors (Photo: Dang Duong).

Ms. Huong shared: “We don’t have a lot of money. But when we know about Ms. Tu’s generous heart, we also want to contribute a little to the children. Some help with rice bags, others with vegetables. every piece of rice is everyone’s love and enthusiasm for the children.”

Since the “0-VND rice cooker” went into operation, students studying at Anh Duong Kindergarten have not only been able to eat nutritious meals, but the school’s duties of caring for and educating children have also been adjusted. 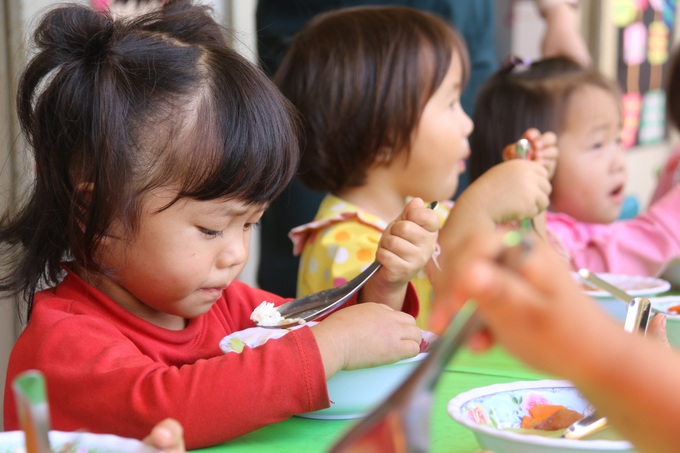 Accordingly, all children at this school are allowed to attend day-boarding and take a lunch break at the school. This not only helps ensure the safety of children, but also helps parents feel secure about farming. It is also thanks to the free meals that children come to class more fully.

The members of the “0-dong kitchen” all wish to have conditions for the model to be replicated, not only for preschool children but also to support more students at other levels in the locality.