When it comes to Quang Ngai , many people will immediately think of don. But this locality has many other delicious dishes and specialties that attract tourists.

The Department of Culture, Sports and Tourism of Quang Ngai province has just nominated 4 special dishes to the map of the 100 most special culinary dishes in Vietnam in the period of 2022 organized by the Vietnam Culinary Association. 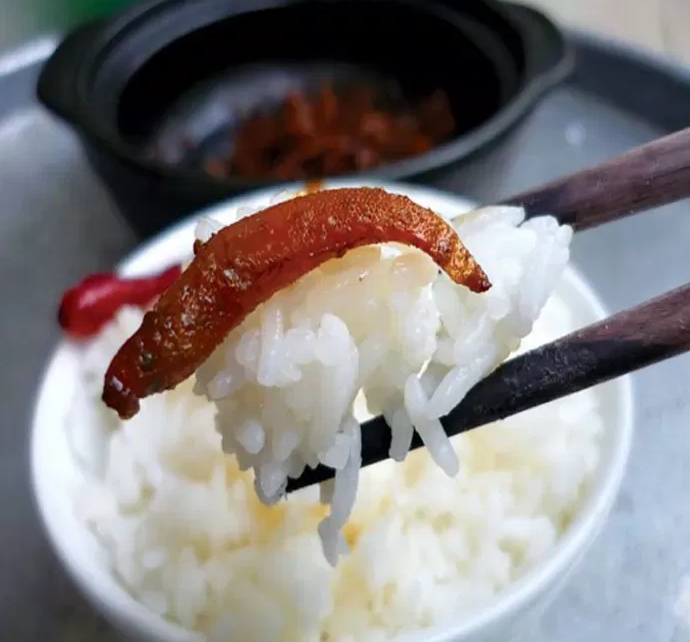 Tra river goby has a characteristic aroma and color of cockroach wings, often eaten with white rice or porridge

It must be the type of goby that lives in the Tra and Ve rivers on clear, sandy stretches of water to become a specialty of Quang Ngai’s hometown.

People catch and choose live goby, wash, make fish intestines and marinate with fish sauce, monosodium glutamate, sugar for about 30 minutes and then store. When storing, it is necessary to gently stir to prevent the fish from being crushed as well as keep the fire lightly rim the fish until cooked, along with pepper, sugar colored water… The braised goby in Quang Ngai style is a dark brown fish with a straight body, salty, fatty, mixed with the aroma of pepper and fish sauce.

Tra river goby is now sold all over the country and becomes a gift when tourists leave Quang Ngai. Along with goby, just a cup of white rice and some green vegetables, cucumber, you have a delicious meal. 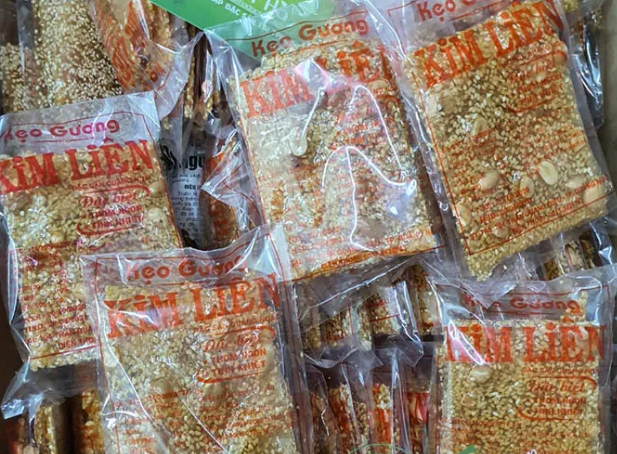 Mirror candy is one of the popular gifts of Quang Ngai, thin and crispy, sweet

The piece of candy is transparent and crispy, easy to break like a mirror, so Quang Ngai people call it mirror candy. The candy-making process sounds simple, but the stages are quite complicated. Solid slug sugar, malt, and lard are brought to a boil in a large saucepan, stirring quickly so that the solution does not burn. When the solution is light yellow, take it to the stove, add the roasted peanuts, mix well, then pour it out, use a bamboo tube to roll it thin. About 20 minutes later, the pieces of candy will solidify and become a mirror candy. 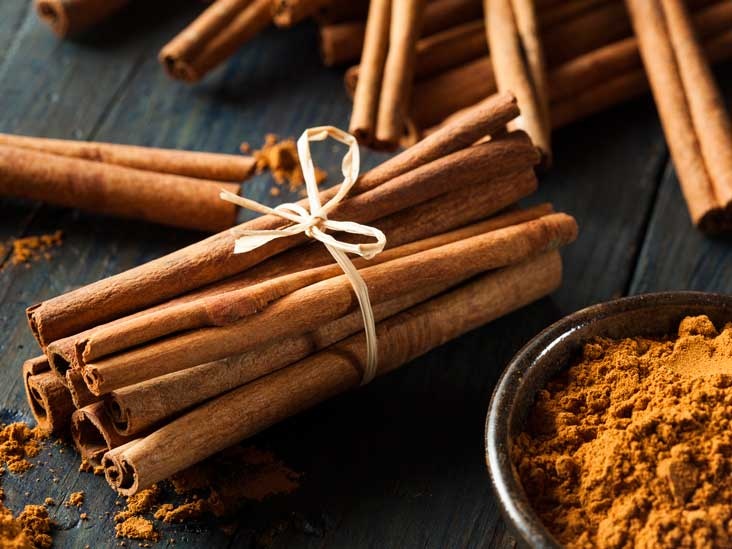 Currently, cinnamon essential oil and handicraft items are produced from cinnamon bark such as vases, cups, tea boxes; Tra Bong’s toothpicks, incense sticks… have become a famous “brand” not only in the province but also throughout the Central region and the whole country.

“I’m going through Viet Bac, I miss the border flowers

I went to Dong Thap with a fragrant lotus scent

I still don’t forget the scent of cinnamon and Tra Bong cinnamon.”

Cinnamon Tra Bong is not only a tree with high economic benefits but also an endless source of poetic inspiration for the Quang Ngai people. When the cinnamon tree is big enough, people will cut the bark from the trunk and bring it to processing. Cinnamon bark is often used as medicine, spice or handicraft products; The branches and leaves are used to make essential oils. Cinnamon Tra Bong has a special scent, and contains a high amount of essential oils, so it is popular at home and abroad. 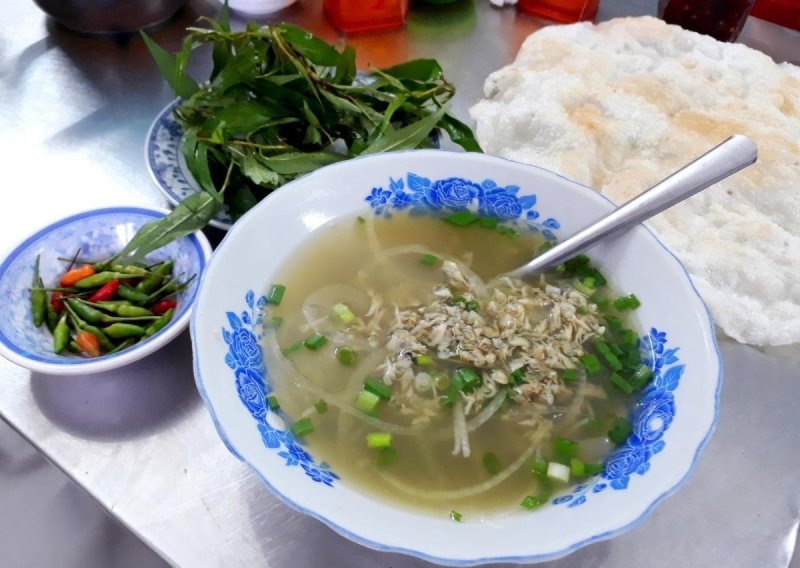 Tourists have not come to Quang Ngai without eating Don

The dish that is most attached to the people of Quang Ngai that everyone who goes away always remembers is don. Don accompanied the childhood of many people, was born with don and grew up with memories of this rustic dish.

The donkey lives on the rivers of his hometown of Quang Ngai, after being “scraped” back, he will take it to soak, wash it and then put it in a pot of boiling water, stir vigorously and evenly. When don opens his mouth is also the time when the boiling water has all the quintessence. Don’t boil water is put in a separate pot, seasoning and eating according to each person’s taste.

Boiled water is scooped out into a bowl, added to don, green onions. Don is usually eaten from afternoon to evening, served with rice paper and next to it is always Ly Son garlic cloves. Don water is sweet and fragrant, rice paper is just soft enough, a little pepper – spicy chili blends to create a different cuisine.

In addition to the list nominated by the provincial Department of Culture, Sports and Tourism, Quang Ngai also has many other attractive specialties that visitors can enjoy or buy as gifts.

Wherever there are Quang Ngai people, there are Banh Xeo . Simple rural dishes following the Quang Ngai people into Saigon, are sold a lot in the districts of Binh Tan, Tan Phu, and Tan Binh. The corner of the shop is simple with small pale yellow cakes, different from the big Western pancakes, but fragrant with the taste of the homeland. 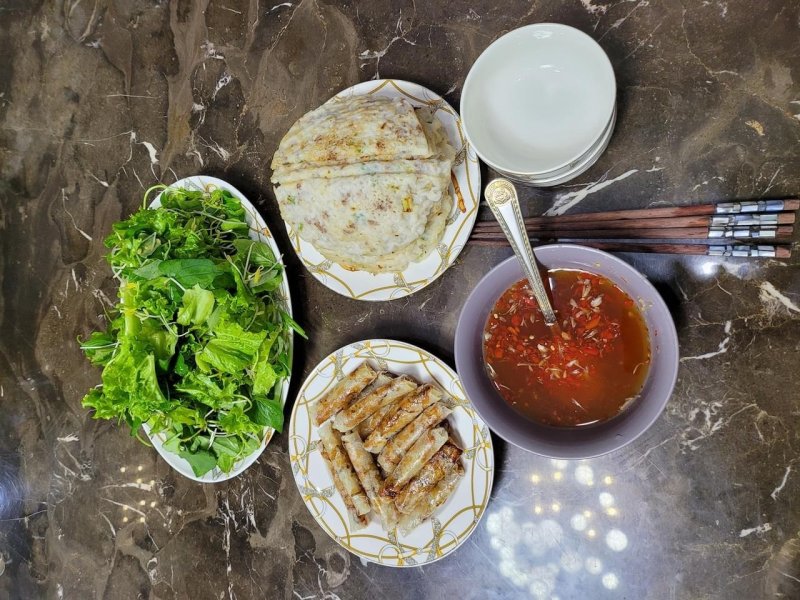 From the full moon of October, the bakeries in Quang Ngai turn red to prepare for the Tet cake season. The main ingredients are eggs, flour, starch, and sugar, which are beaten, and after pouring, they must be dried to make them crispy. Cakes can be kept for many months if kept in a cool, dry place. 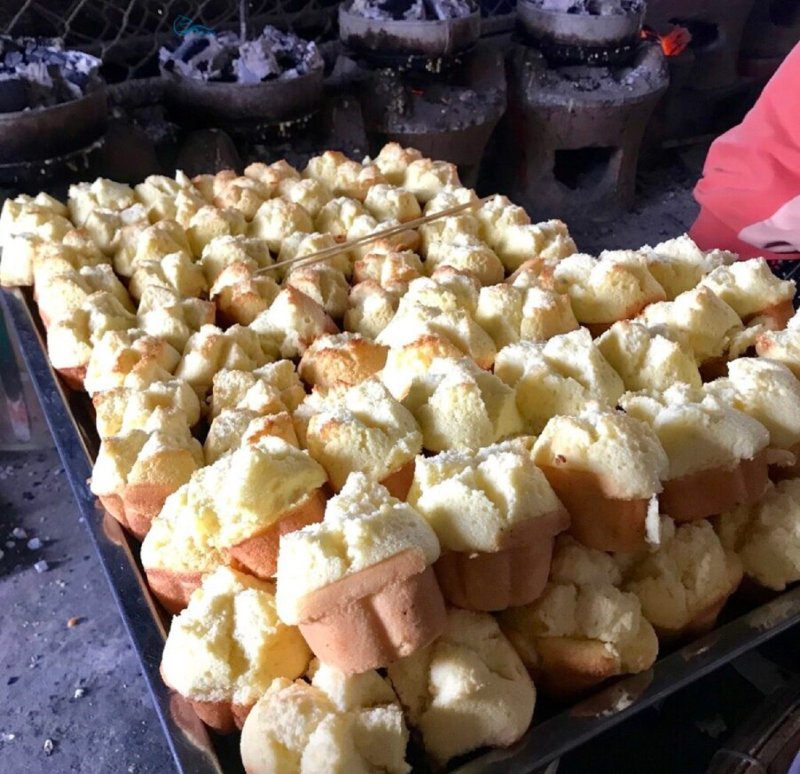 Banh mi cake is an indispensable dish in the Tet holidays

Ly Son garlic has distinct characteristics such as small tubers, regular cloves, white color, firmness; has a milder and more intense aroma than garlic grown elsewhere. While garlic usually costs about 200,000 VND (one bulb averages about 15 cloves), the lonely garlic (1 bulb 1 clove) amounts to over 1.2 million VND/kg. Coming to Quang Ngai, visitors also have the opportunity to enjoy Ly Son garlic salad, which is made from young garlic plants. 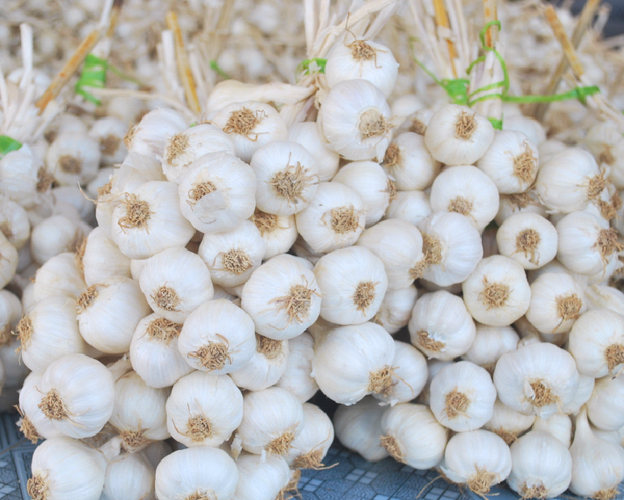