Originally an inefficient field, people abandoned it, and Mr. Hien rented it out and renovated it to raise worms, combined with rice cultivation, which brought an unexpectedly high source of income.

According to Mr. Hien, more than 2 years ago, when the People’s Committee of Dai Nai ward allowed him to visit the turtle farming model in Hai Phong, he thought about economic development by raising this “lucky” species. 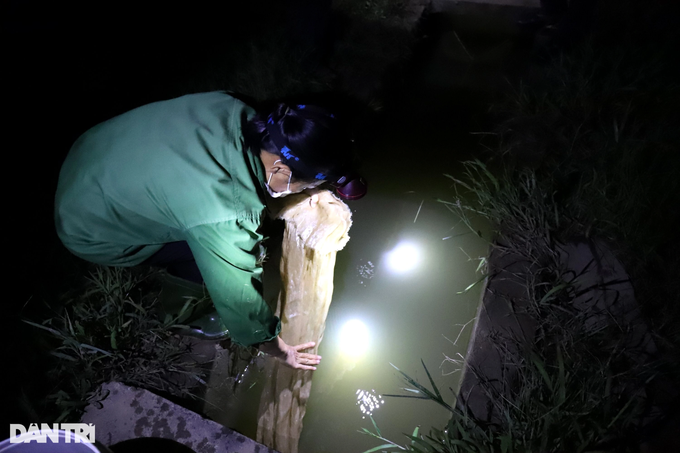 Mr. Hien and his wife went to the field to catch snakes (Photo: Xuan Sinh).

Mr. Hien’s idea is supported by his family and local authorities. After the city had a policy on land accumulation, at the beginning of 2021, he boldly rented 1.5 hectares of inefficient rice cultivation in the Dong Tung area, Dai Nai ward to build a model of organic rice cultivation, resulting in successful results. worm farming.

“In the past, this area used to have worms, but when making crops, pesticides seep into the soil, making this species scarce and rarely appear. In recent years, the Dong Tung area has been inefficient in rice production. , a lot of area was abandoned, so I rented it back to implement the model of mullet farming combined with rice cultivation”, Mr. Hien shared. 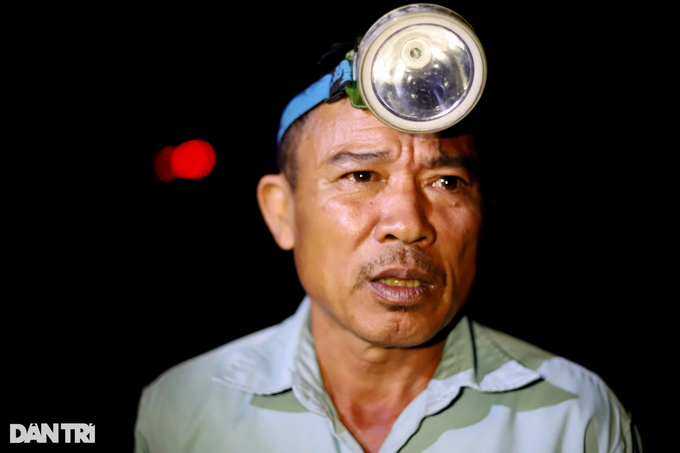 After having a field, he rented machinery to improve and increase the humus content of the soil. Because the grasshopper lives in a very clean, chemical-free environment , rice cultivation must strictly follow the organic production process, absolutely no pesticides are used.

Along with the land reclamation, he built a system of sewers and drains to create a favorable environment for the centipede to develop. In the Spring crop of 2021, 1.5ha of organically grown rice has yielded nearly 5 tons, which is very popular with people.

“Rice is grown once a year, from January to April of the lunar calendar. According to Mr. Hien, the field does not have chemicals, the humus generated from the mulch helps the plant to grow, so the rice will be very clean and safe”, he said. Hien said. 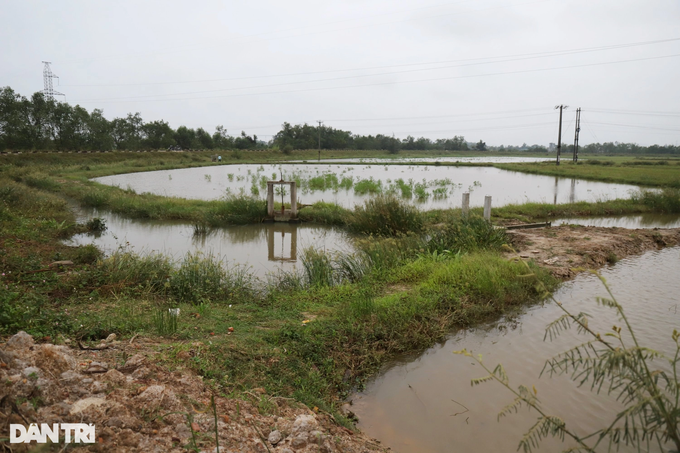 1.5 ha of field was leased by Mr. Hien to raise worms in combination with rice cultivation (Photo: Xuan Sinh).

“The night of the last August of last year’s lunar calendar (2021), it was cold, drizzly, my whole family went to the fields to monitor the results. Opening the manhole cover, looking at the lamp in the middle of the field, I saw many snakes swimming quickly along the water to the sewer. Seeing that scene, everyone laughed and then loudly said it was successful”, Mr. Hien recalled the first harvest from his new economic model. According to Mr. Hien, because he didn’t have much experience in the first year, he had to regularly call and ask people who make raisins in the North, and at the same time read books and newspapers to gain experience.

“Says to raise worms, but I don’t have to feed anything. I just improve the soil to make it porous after harvest and during the rice growing process, I don’t use pesticides,” said Mr. Hien.

The main season is concentrated in September and October of the lunar calendar. And this is also the second harvest season of Mr. Hien. Depending on the water, a month he goes to the field to catch snakes for about a week, averaging 3-5kg per night. This second harvest season, it is estimated that the profit will be 3 times higher than the previous one. In the coming time, Mr. Nguyen Van Hien will continue to expand the farming area to over 2.5ha.

Ms. Le Thi Nguyet (SN 1977, Mr. Hien’s wife) added that the 2022 crop will yield more than 2 tons of rice. Compared with rice production alone, the combination of mullet farming is much more effective. 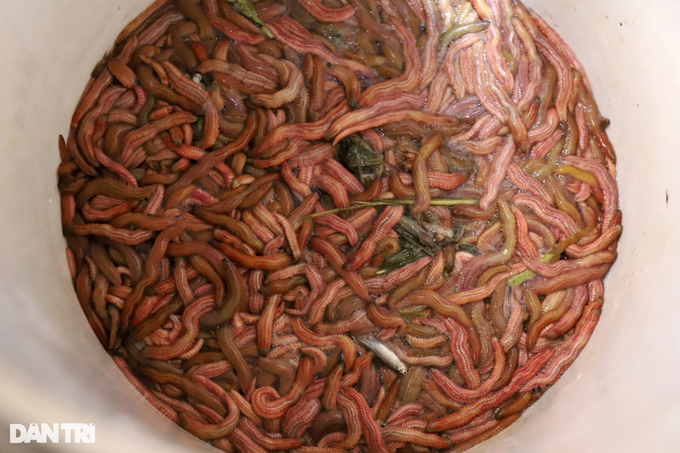 Ruoi (sand-worm) are bought by many people to process dishes (Photo: Xuan Sinh).

According to Mr. Nguyen Thanh Binh, Chairman of Dai Nai Ward Farmers’ Association, Mr. Hien’s model has received support from policies on encouraging land accumulation and production development of the city such as: Construction funding to build a system of sewers for water, drainage and rice varieties to grow organically.

The professional sector also advises and guides thoroughly the process and techniques of organic rice cultivation and larval farming. The model has brought high economic efficiency compared to traditional farming.

Ruoi often lives in estuaries, sea mouths, in many rural areas called land dragons. Adults are 7-10cm long, flat body about 0.5cm across. Snake gourd is a nutritious food. On the market, rattan is sold at a price of 400,000-700,000 VND/kg, depending on the time.