Mr. Thang is impressed with the village roads, the calm sea and sky, the ancient churches and the hospitality of the people of Nam Dinh.

From Hanoi, Mr. Thang and two friends booked a private car to Nam Dinh and brought a mountain bike. Everything was carefully prepared for the trip to Hai Hau, about 35 km southeast of Nam Dinh city, and about 135 km from the center of Hanoi . Hai Hau is a district with a population of 260,000 people, with 80% being Catholic. There are many beautiful churches, meticulously built, with ancient shades of Gothic architecture. 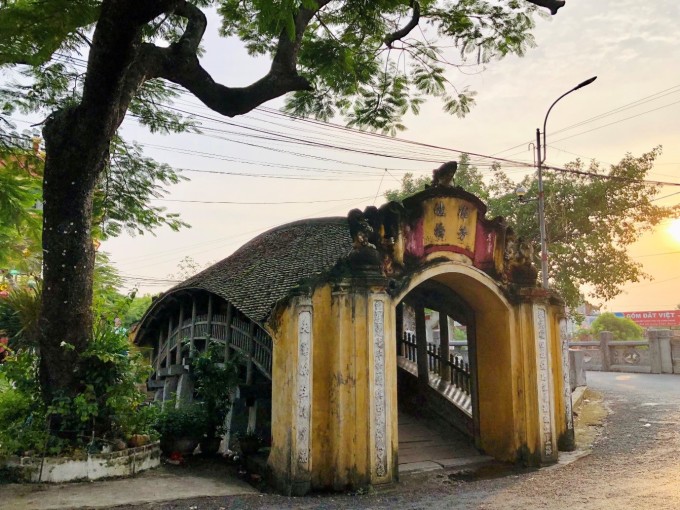 Hai Anh Tile Bridge crosses the Trung Giang River, one of the most beautiful tile bridges in Vietnam today.

Departure from 7am, travel time about 3 hours. On the way to Hai Hau, he stopped at Co Le village.

From the nearly 1,000-year-old Co Le pagoda, dating from the Ly – Tran dynasties, the three cycled down the village road, visiting Phuong Dinh weaving village as soon as people were spinning or drying silk, followed by the church. Bui Chu, but unfortunately this place is in the process of being renovated. Thang was impressed when he stopped in front of Phu Nhai Basilica, a Roman Catholic church of the Bui Chu Diocese. The church is located in the center of Xuan Phuong commune, Xuan Truong district, Nam Dinh province, more than 1 km from Xuan Truong town.

On the cycling route, not only Mr. Thang but also two friends were admiring the natural beauty of rice fields, rivers and canals at sunset. The trip ended at Hai Hau Eco Host homestay with Nam Dinh pho. 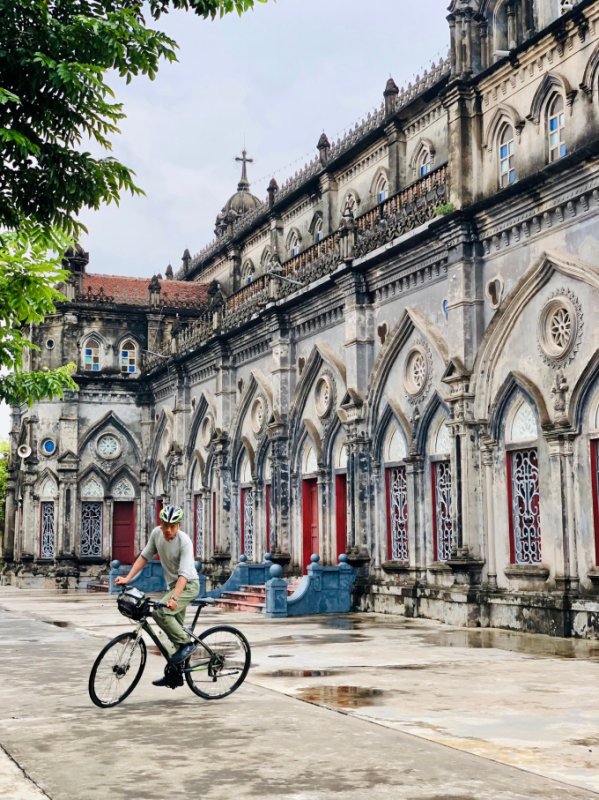 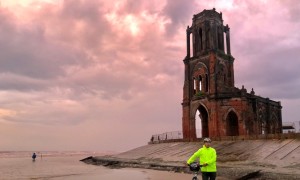 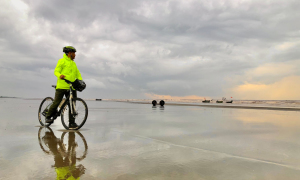 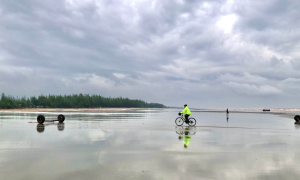 The next day, the three set off at 4am. The weather is not favorable because of the rain, but they are all excited because they will visit Hai Ly church, about 15 km from the homestay. They arrived at the church at 5:30 while it was still dark. After the rain was not too heavy, the scene appeared fanciful, making the three keep watching and taking pictures. According to Mr. Thang, the most beautiful time at Hai Ly church is dawn.

On the way back to Hanoi, they stopped to eat Pho Giao Cu which, according to Mr. Thang, was very delicious, priced at 45,000 VND per bowl. 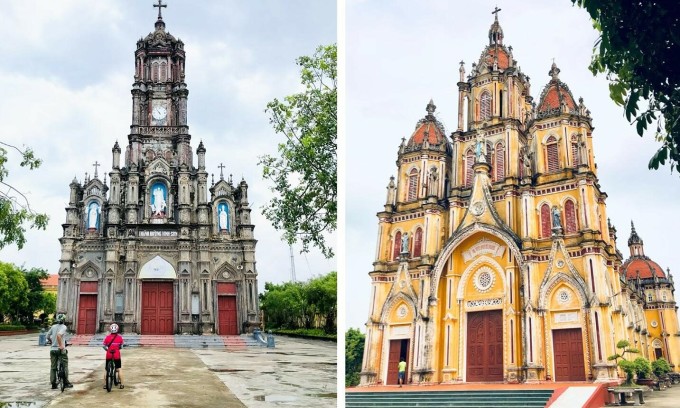 The trip ended, but Thang and his friends were still impressed with the beauty of the village roads, the calm sea and sky, the ancient churches and the hospitality of the people of Nam Dinh when reviewing the captured images.