HAI DUONG – Tu Ky farmers start the main harvest Ruoi (Nereidae) season again. This year, the price is cheaper, only about 20$ per kg. 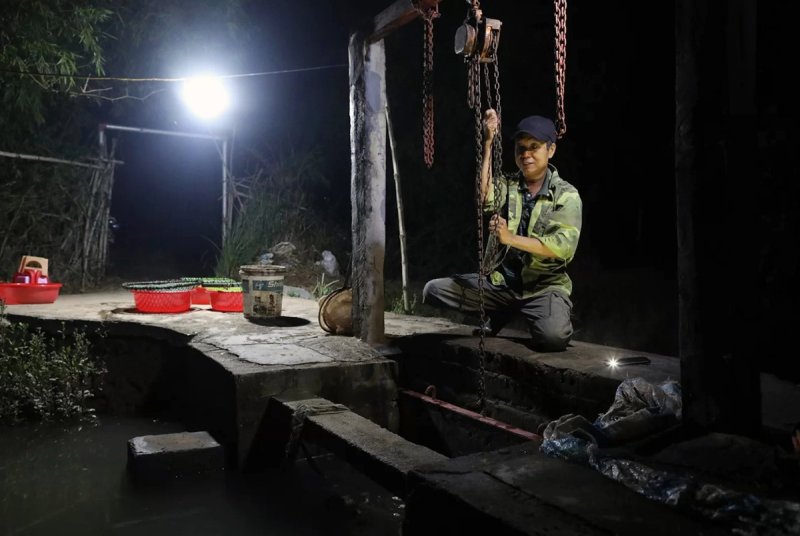 Tu Ky district (Hai Duong) has more than 315 hectares of mollusks and scads, of which Tu Xuyen commune has about 80 hectares (an increase of 10 hectares compared to 2018), the rest belongs to An Thanh commune with about 200 households engaged in mining. rattan waterfall. In the past, people caught snakes with skimmers on the water, but now they take advantage of the water, build dams to create doors for water to enter and then block net bags to catch. 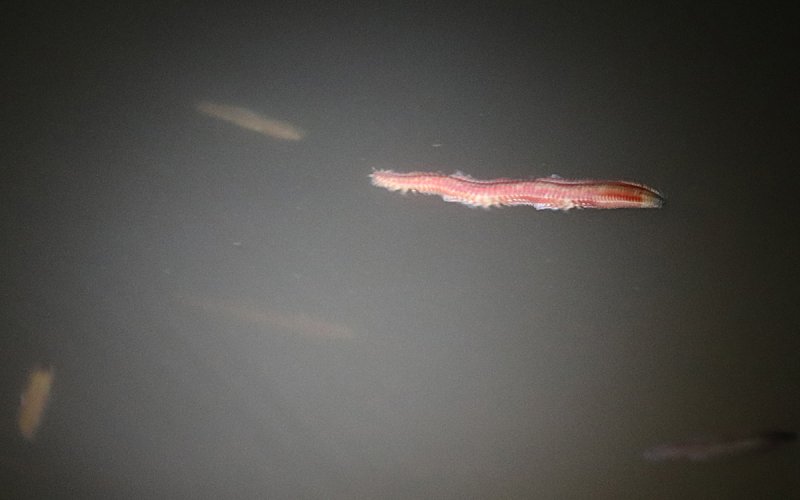 The centipede lives mainly in single-crop rice fields. After the rice is harvested, the fields are spread with straw, plowed loosely, and dug trenches around to dry out the fields. Every year, around the 20th of the 9th lunar month, when the tide follows the Thai Binh River flowing into the fields, the worms emerge and when the water recedes, it will follow the water flowing into the river.

It is harvested all year round, but the 9-10-11 lunar month is the busiest season. In the evening, when seeing the light, the succulent snakes pop up to the surface of the water. “My family has been catching snakes for a long time, so they built small dams to bring water from the Thai Binh river into the field. When the snakes emerge, drain the water to let them flow into the net bag. Every 10 minutes, we have to check the net bag to make sure that the bag is checked. pick it up,” said Mr. Bui Van Cach, Tu Xuyen commune (Tu Ky). 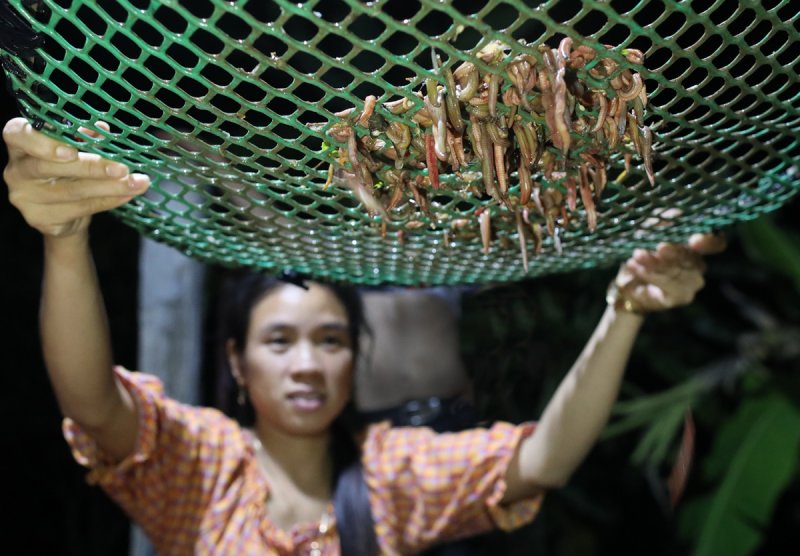 On the main days of the crop, with each pole of field (360 m2), if the weather is favorable, the farmers can harvest 40-50 kg of mulberry. 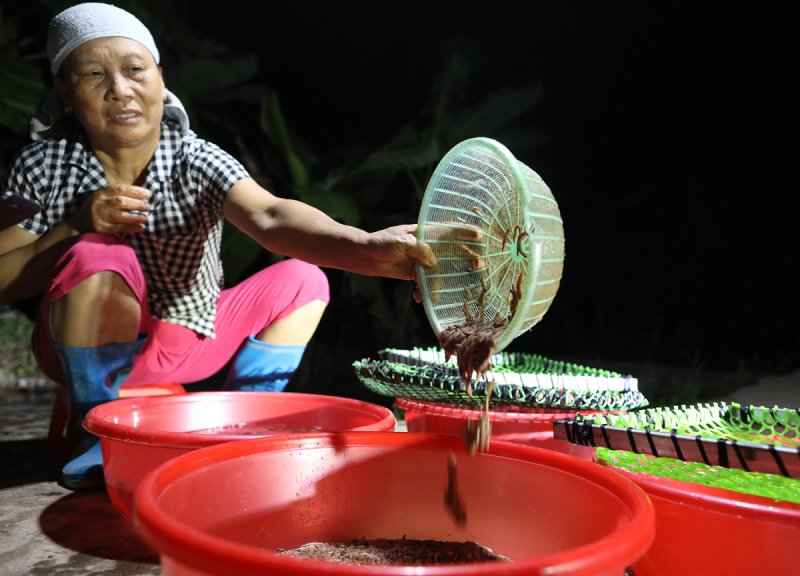 The clean pots are added with water to help the fish release less oil, then picked it up to drain. 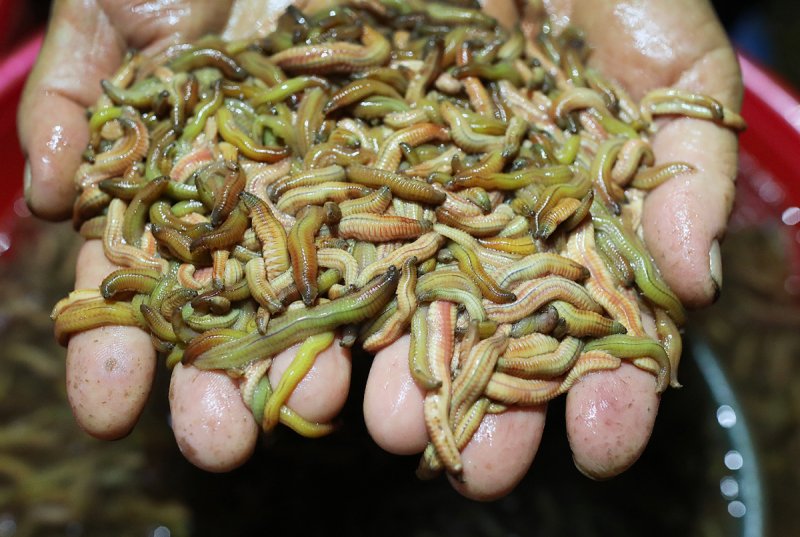 The early-season turtles usually have a toned bodies with lots of milk inside. The color of the snake depends on the source of the water, usually only blue and red. 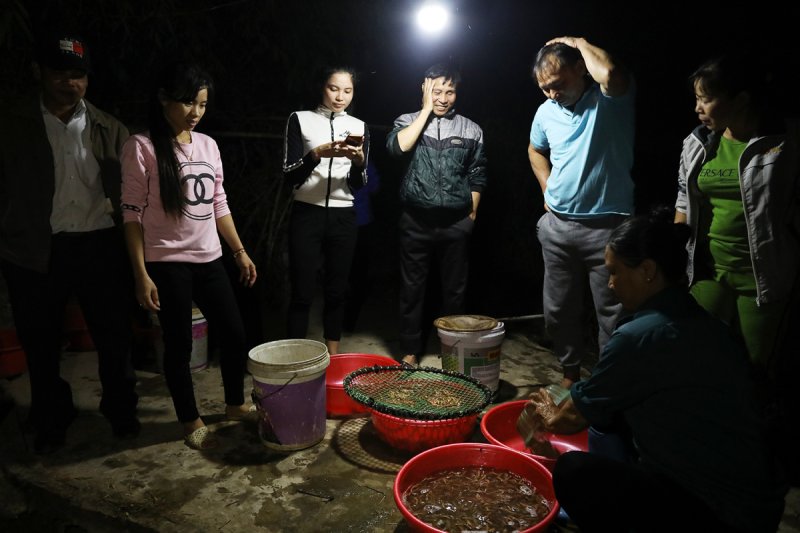 Merchants are often present early to pick up and buy the miner’s acorns. Usually, as much as the fish is picked up ashore, it is consumed as much, sometimes not enough to sell to traders. The season is also the wedding season, so the dish is indispensable in the trays in Tu Ky. This year’s first crop has a lower selling price than the same period last year, only about 400 thousand VND per kg (in 2018 sometimes up to 530 thousand per kg).

Ruoi is a type of worm, usually living in brackish water in estuaries and sea mouths. Adults are 7-10 cm long, with flat bodies of about 0.5 cm. The color is pink or green depending on the water source. It is considered a nutritious food because it contains a lot of protein and mineral salts such as calcium, phosphorus, iron, zinc, etc. It can be processed into dishes such as fried rice, spring rolls, braised Ruoi, and fried Ruoi. ginger root…