On the morning of October 13, the social media accounts of two actors Noboru Kaneko and Takeru Shibaki shared a picture of the two of them going to the famous Thin Pho restaurant on Lo Duc Street, enjoying a rare stir-fried beef noodle soup. It’s a bowl of pho with a lot of fresh onions, typical of Thin Pho, served with crispy crackers. 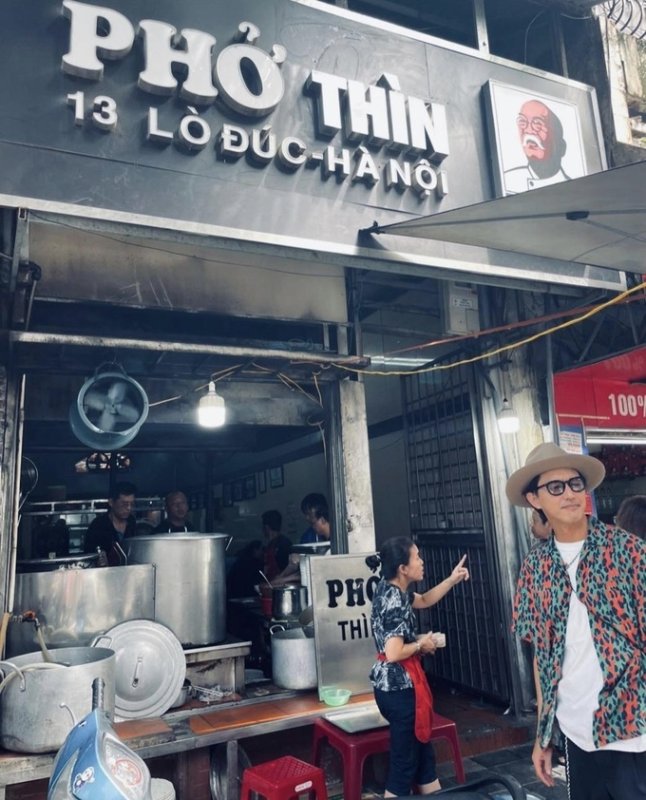 “Pho is delicious,” actor Noboru commented after enjoying a hot bowl of pho.

Pho is no longer a strange dish to the people of “the land of mourning”. Previously in March 2019, Pho Thin was opened in Ikebukuro, one of the busiest neighborhoods in Tokyo, attracting a lot of Japanese and Vietnamese people to enjoy a bowl of pho in accordance with the taste of their homeland. 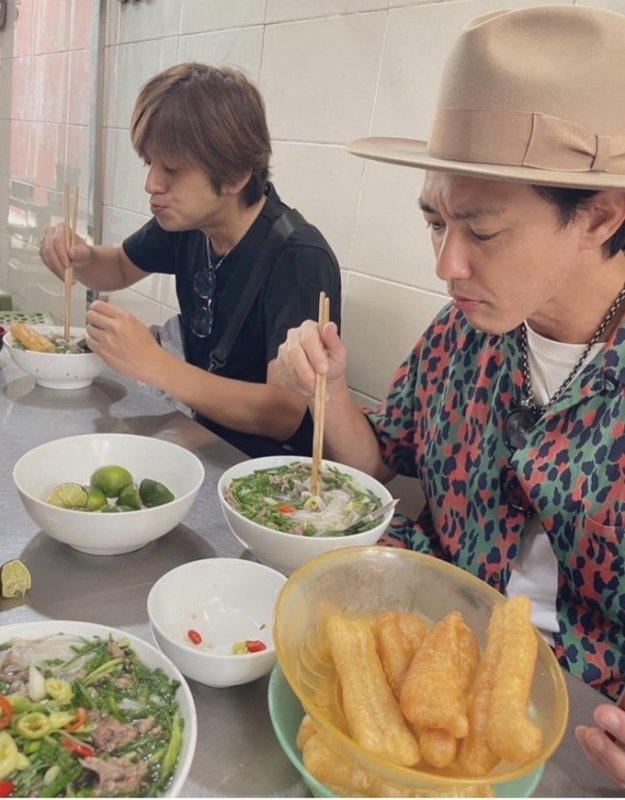 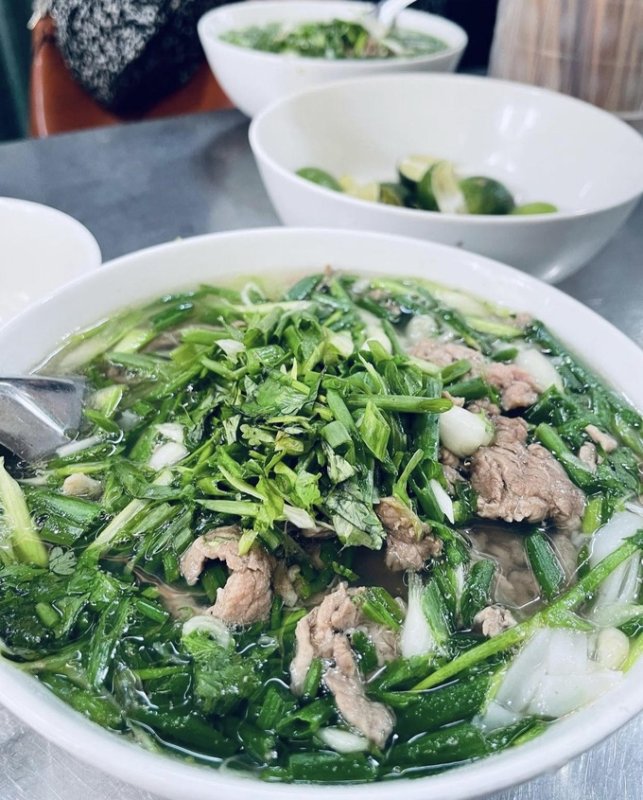 A bowl of pho with a lot of fresh onions is one of the restaurant’s features (Photo: Noboru Kaneko).

Meanwhile, Takeru Shibaki, the actor who plays the role of Green Gao, is also present on this trip to Vietnam. He shared moments of discovering the streets of the capital. Takeru took a photo at an old dormitory in Hanoi, eating ice cream cones and wearing a traditional Vietnamese-style conical hat. These rustic moments make fans very excited. 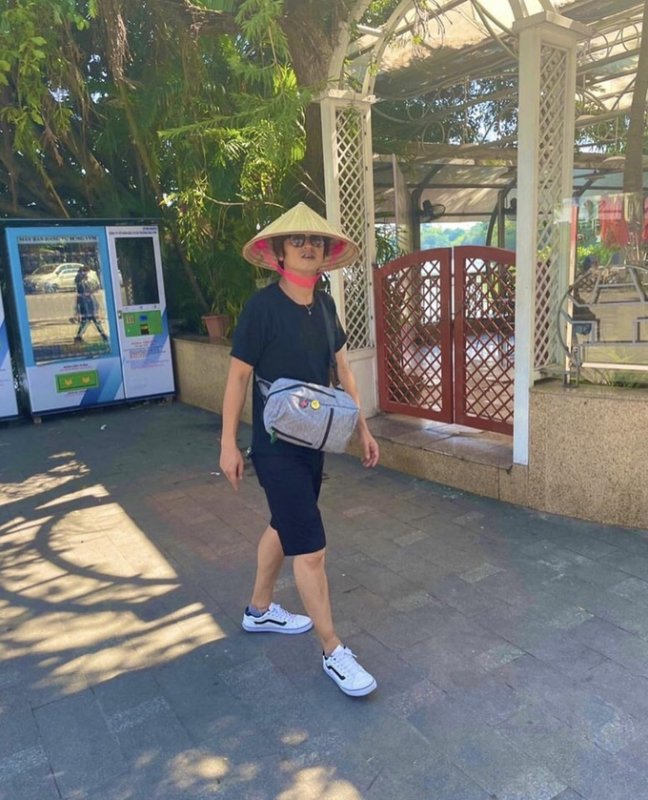 It is known that the “Superman Gao” couple came to Vietnam this time to interact with fans in a program held on October 15 and October 16.

Below the two’s posts, a lot of Vietnamese fans left comments. In addition to expressing their love for “childhood idols”, some people said that they look forward to welcoming “Green Gao” and “Red Gao” to visit Da Nang and Ho Chi Minh City as soon as possible. This proves that the attraction of the two “childhood stars” is still very much in the memory of Vietnamese fans.

Superman Gao is a Japanese television series released in 2001. The film revolves around the story of 5 superhero brothers who fight against the world-invading forces of the demon Oroku.

Actor Noboru Kaneko plays Red Gao, the leader of the group, fighting for justice and righteousness. This is the most powerful character.

Actor Takeru Shibaki took on the role of Green Gao. This character always shows the spirit of solidarity, standing by the brothers when in trouble.

In addition to acting, Shibaki is now also entering the field of advertising, game dubbing, and singing. He is considered one of the versatile artists of showbiz “the land of cherry blossoms”.