Do you have enough photos of the recent “fever” places in Vung Tau?

Not only located near Ho Chi Minh City, the convergence of many special dishes, but Vung Tau city in particular and Ba Ria – Vung Tau province in general also have countless “genuine – smooth” check-in points such as Nghinh Phong cape, hills. Pig, Bach Dinh … Recently, Vung Tau continues to make young people “wobble” with a series of old places that are emerging again, the photos are equally beautiful. If you often travel to Vung Tau but do not know these places, please arrange a day to explore all of them!

Referring to Vung Tau, everyone will immediately think of the golden sand and blue coast, but there is still a stream hidden in the high mountains with green space around it, which is called Fairy Stream by the people. This stream originates from the top of Dinh mountain more than 500 meters high and the water flows gradually towards the foot of the mountain. Thanks to this beautiful natural setting, Fairy Stream has attracted many “virtual living” believers to visit recently. 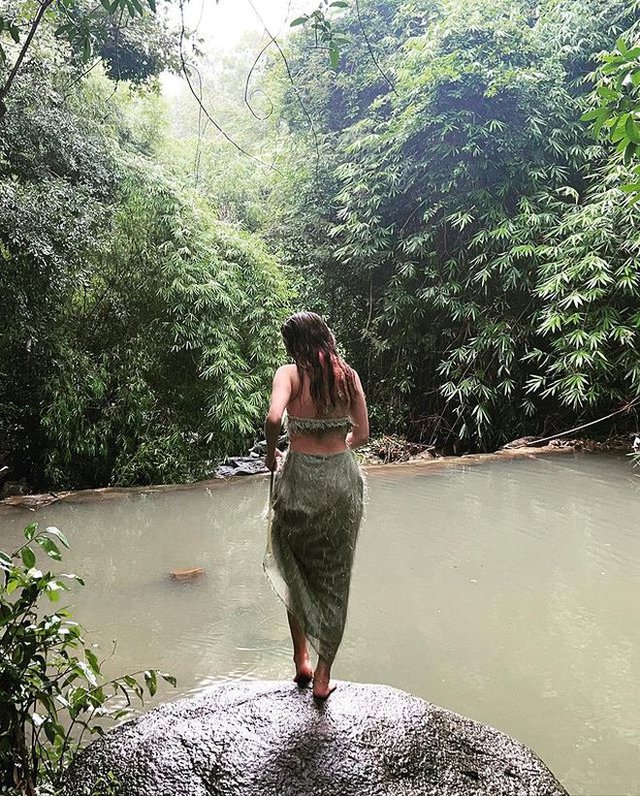 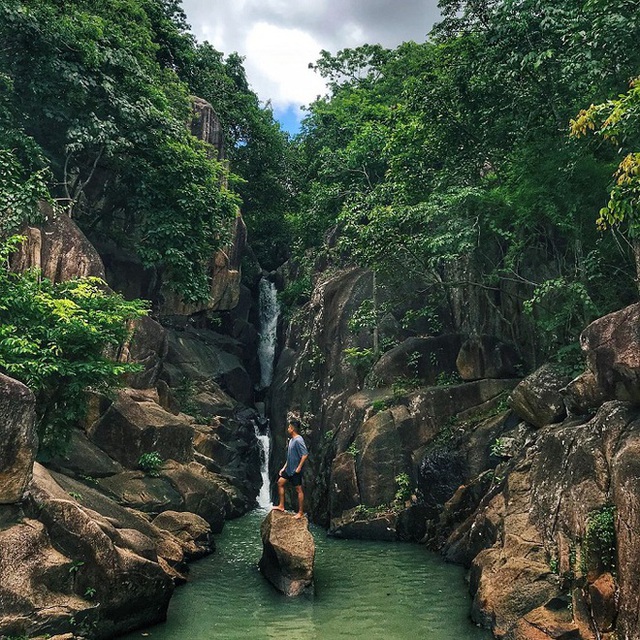 Suoi Tien owns cool, clear, jade green water. Along the two sides of the stream are large cliffs with many different shapes. Coming here, you can comfortably immerse yourself in the water and breathe the fresh mountain air. Not only that, this place also has stairs located under the trees, covered with moss, making many people think of the context of Japanese anime movies. Not only is it a “genuine” photo background, but when you come to Fairy Stream, you will have the opportunity to climb mountains, admire nature and relax peacefully. 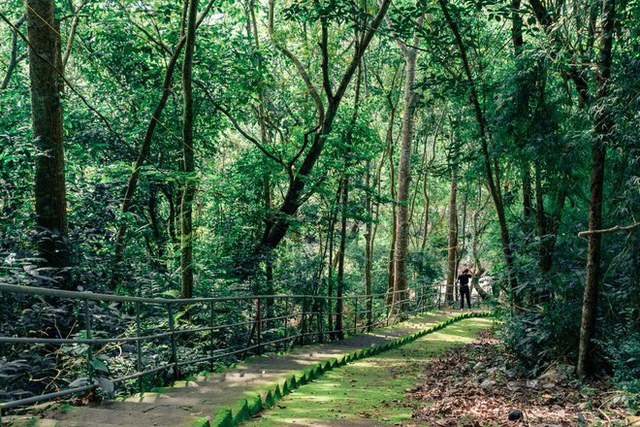 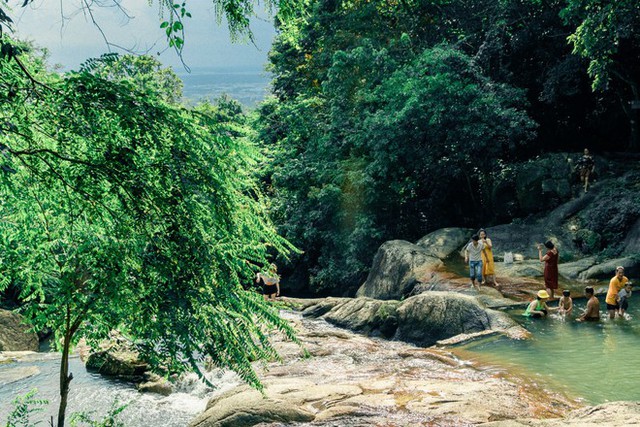 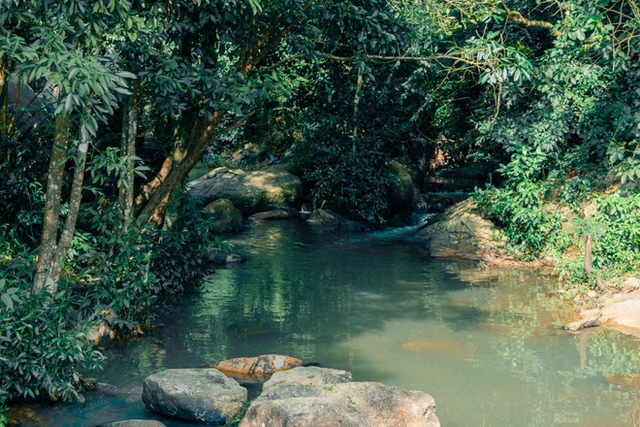 One of the coordinates in Vung Tau that is “causing a fever” in recent times is Song Vinh church. Located right on Highway 51, passing through Tan Thanh district, the church stands out with its large area and massive scale, making anyone passing by have to look back. 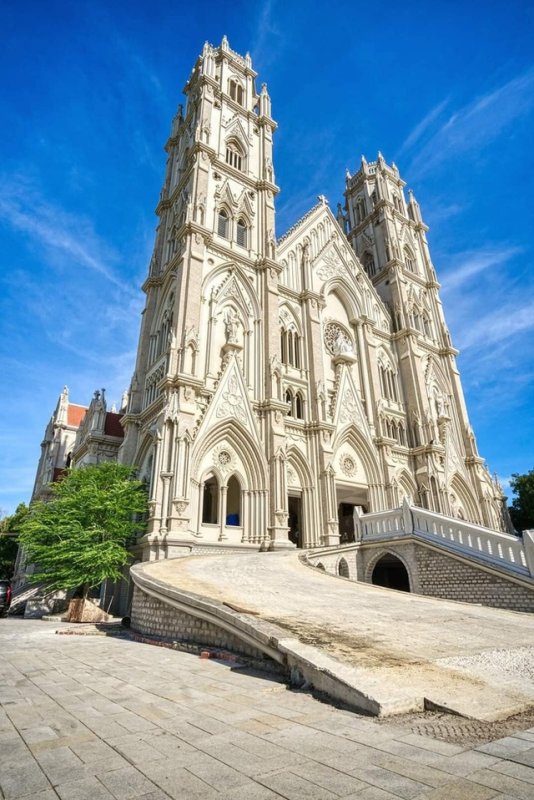 Song Vinh Church owns Gothic style architecture with 2 tall, symmetrical arched towers and colorful glass windows. In addition, the patterns both outside and inside the church are sculpted to every detail. With a delicate design plus magnificence, Song Vinh church has become a beautiful photo background like the sky in Europe, making young people come to check-in. 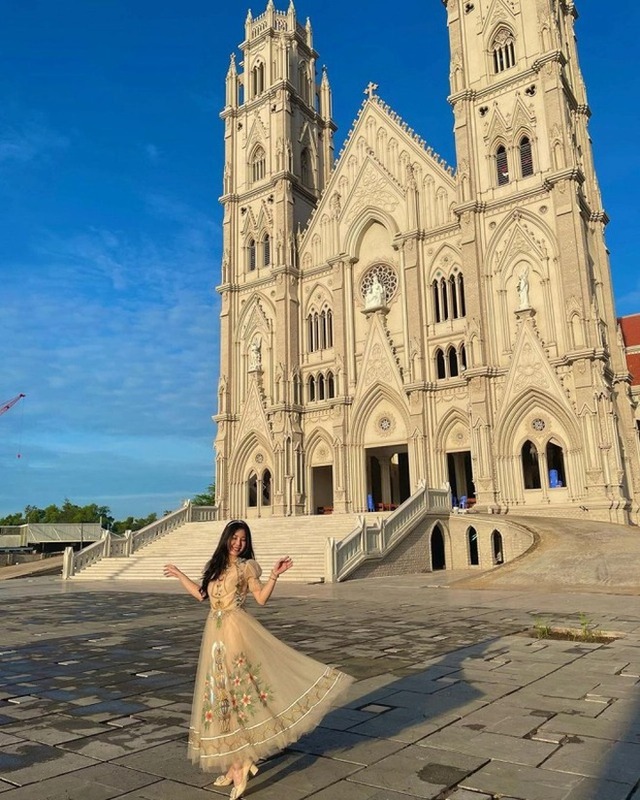 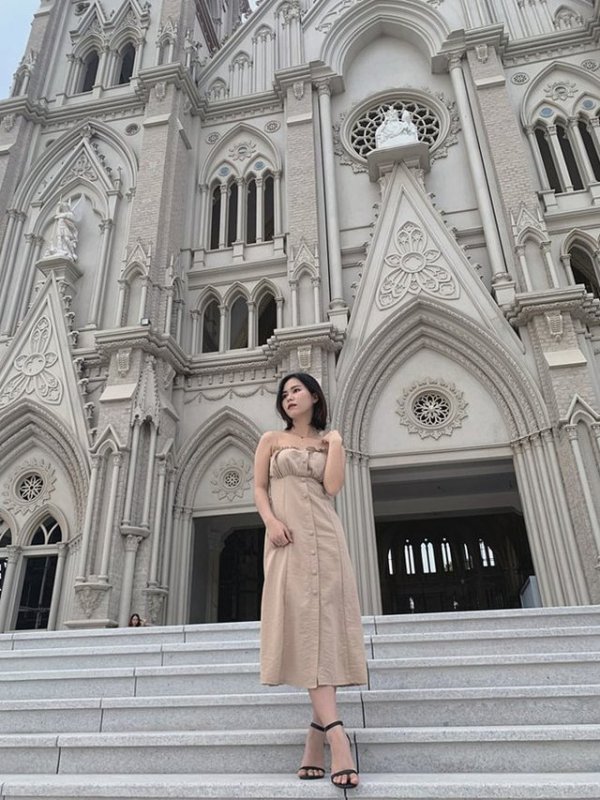 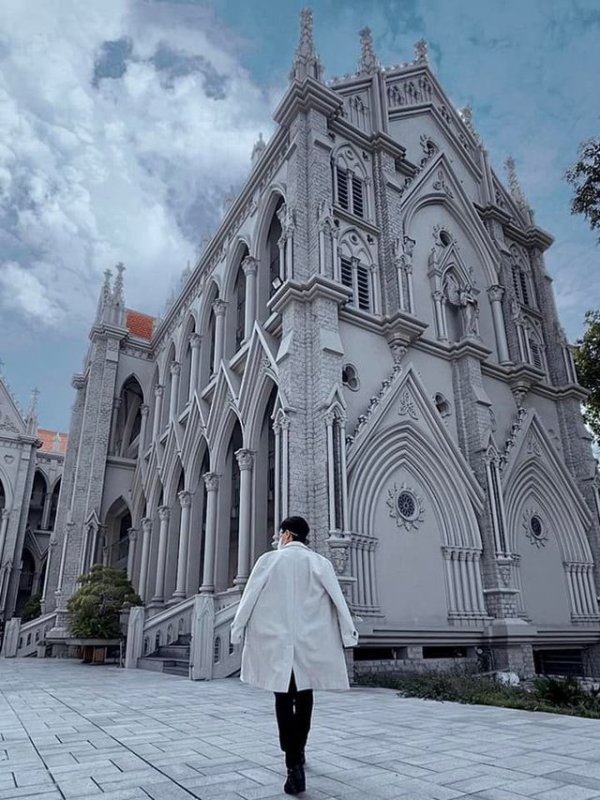 The small lighthouse is located close to Dau beach 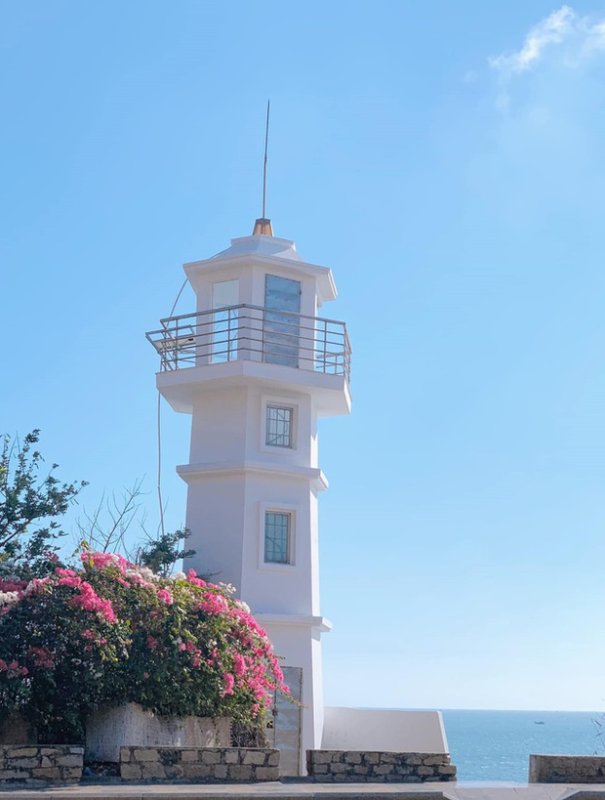 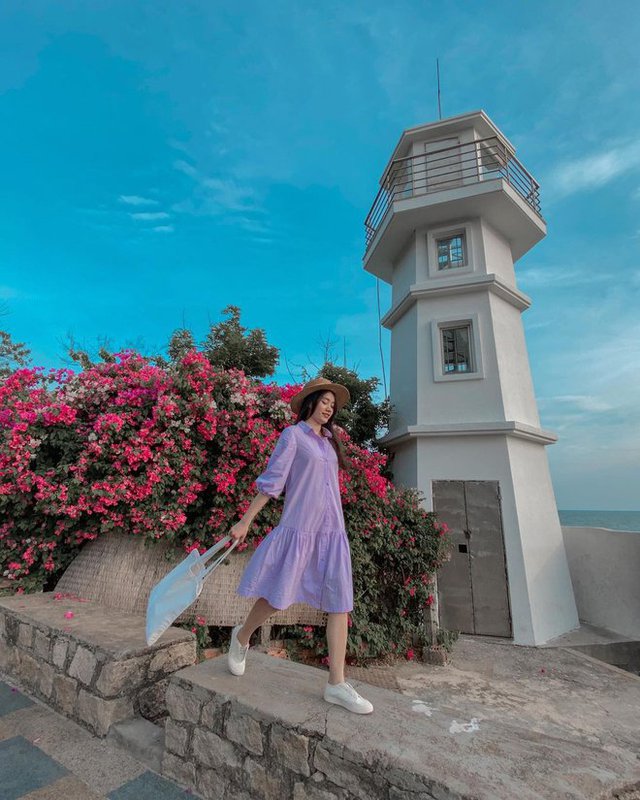 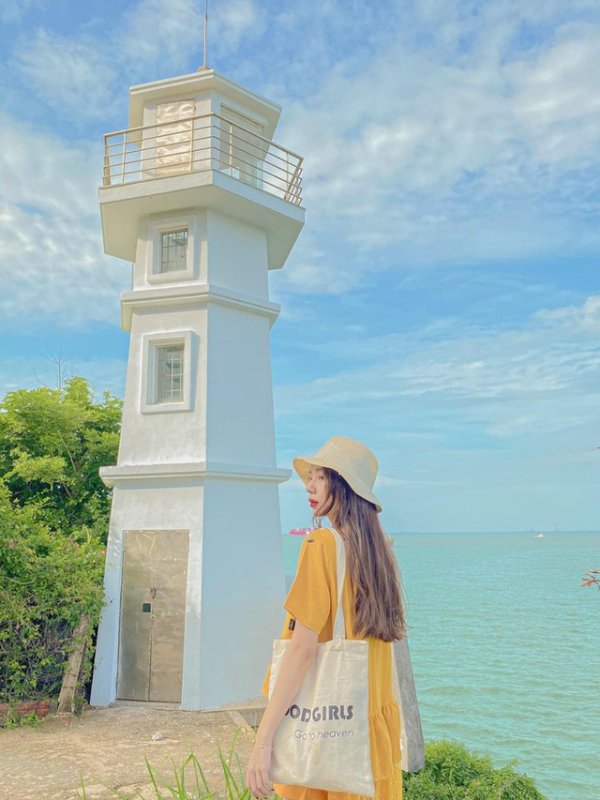 Not too noisy like alley 107 – 109 Tran Phu, but alley 444 Tran Phu is also gradually gaining a foothold in the “virtual living” village when more and more young people come to check-in. This alley is located on a high mountain range, so the path will be a bit steep, but in return the natural scenery here will make you satisfied. 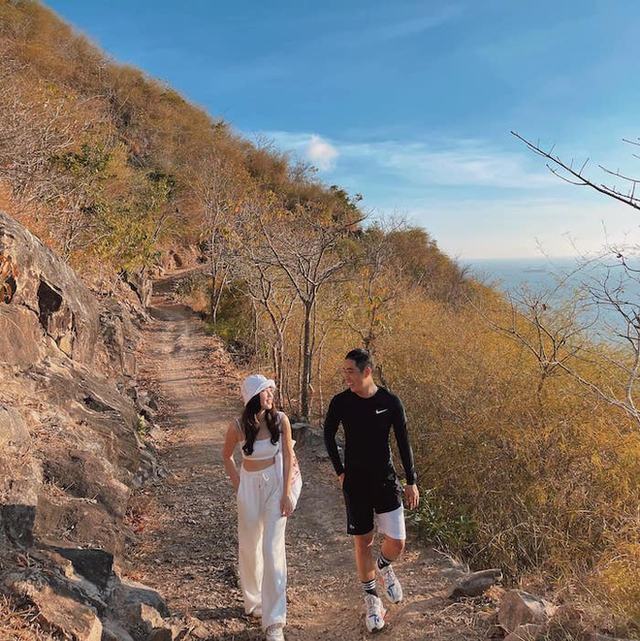 Because it has not been exploited much, alley 444 Tran Phu still retains its wild beauty with one side being a steep cliff, and the other being a large beach. Not only that, lying along the road are 2 rows of trees that change continuously with the seasons. In the spring, the tree will bloom with bright pink flowers, in the summer, it will shade the whole road. When autumn comes, the leaves begin to turn yellow, making the scene become romantic like in Korean movies and in winter, the leaves will fall, leaving thin branches. So, no matter what time you come here, you will get your very own photos. 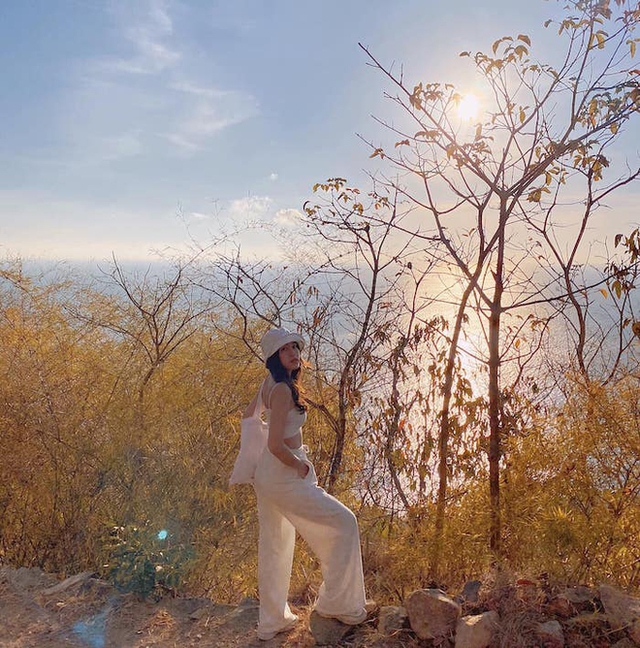 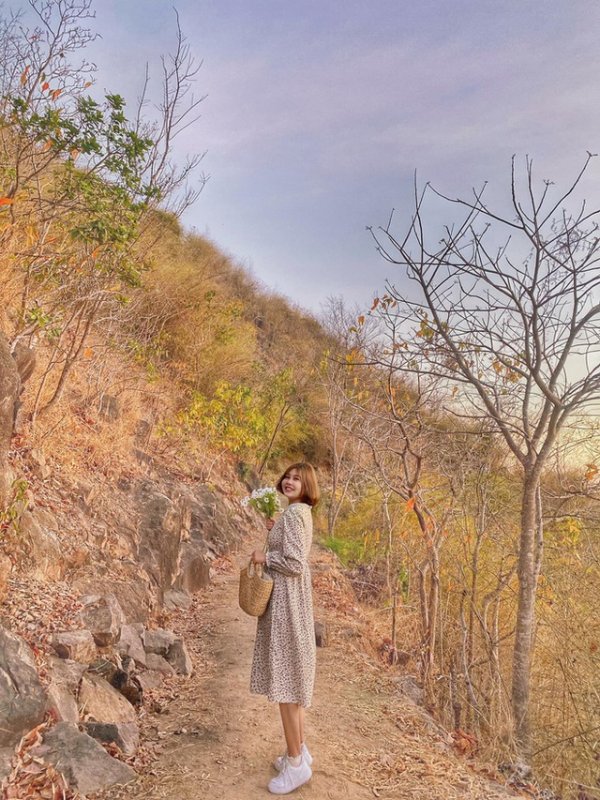