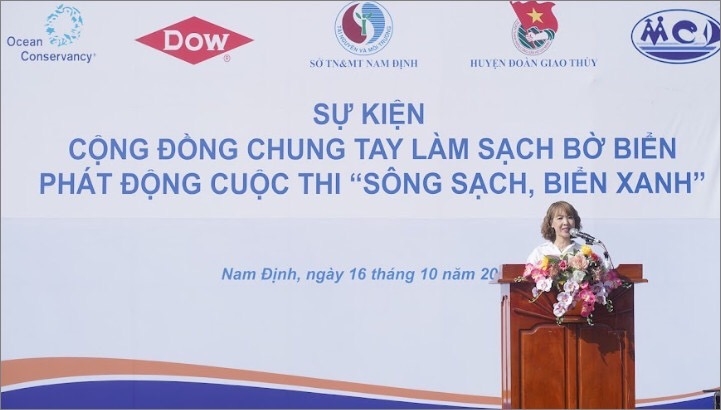 This activity was organized in response to the International Coastal Cleanup (ICC) program, which was initiated over 30 years ago in the United States by the Ocean Conservancy (OC) and currently being implemented in hundreds of countries in the world. The coastal clean-up activity has been introduced by MCD and implemented regularly in Nam Dinh for more than 10 years. The coastal clean-up is also in response to the Anti-Plastic Waste Movement launched by the Prime Minister of Vietnam on June 9, 2019 and contributes to the implementation of Vietnam and Nam Dinh Province Action Plan on marine plastic waste management until 2030.

Commenting about the event, Ms. Ho Thi Yen Thu – Standing Deputy Director of MCD said: “Community Coastal Clean-up Event is annually organized by MCD for coastal areas in order to promote the participation of coastal communities in keeping the environment clean, green and blue, thereby enhancing awareness and responsibility about, and promoting practical action of everyone in reducing coastal waste, preserving the coastal ecosystems and environment. Also at the event, MCD in collaboration with Nam Dinh DONRE and Giao Thuy District Youth Union launched the contest “Clean river – Blue sea” to enhance understanding of waste management in the waterways and promote suitable solutions and tools to strengthen waste collection, classification and treatment along and on the Red River in Nam Dinh province. MCD believes that this event series contributed positively and effectively to promoting the implementation of the Action Plan on marine plastic waste management until 2030”. 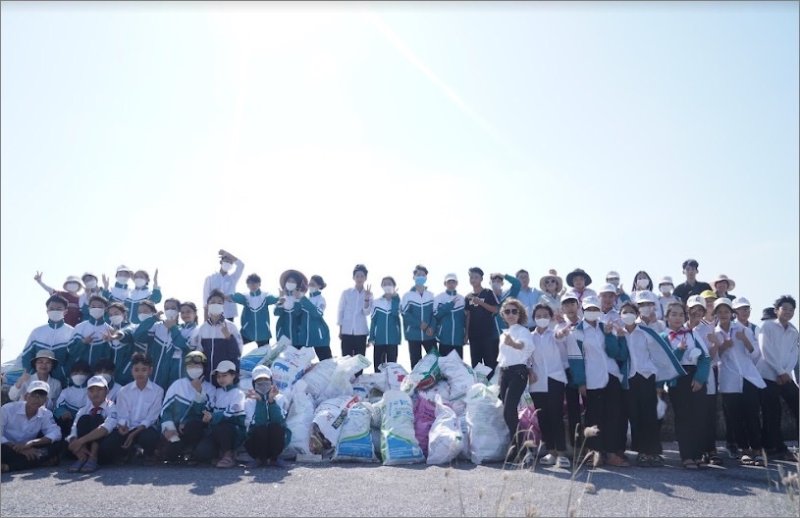 Mr. Phan Van Phong, Deputy Director of Nam Dinh DONRE, said: “The Department of Natural Resources and Environment is very honoured to be the focal point to corporate with MCD to implement many projects and activities for environmental protection in Nam Dinh Province. We appreciate MCD’s efforts and donors' support for Nam Dinh Province, especially in activities for communities such as capacity building and communications. We hope that this event already attracted attention and promoted concrete actions of government agencies, mass organizations and communities on issues related to the environment protection in general and marine plastic waste management in particular, and contributed meaningfully to the implementation of the Plan No. 11/KH-UBND dated February 4, 2020 of the People's Committee of Nam Dinh Province on the Action Plan for marine plastic waste management until 2030".

Mr. Bui Thanh Thuy, Secretary of Giao Thuy District Youth Union, expressed his thoughts: “The plastic waste situation at the coastal area of Bach Long Commune, Giao Thuy District is an urgent problem. Waste comes from various sources such as from the mainland, from river to sea, from the sea, and also from the activities of the community living around here. We believe that the Community Coastal Clean-up activity and the contest “Clean river - Blue sea” will help the community and youth union members in Giao Thuy District to have a better awareness about the issue and take their responsibility to protect the environment, and also promote the practice of collecting and classifying waste and not dumping it into the river or sea”.

This activity was organized within the framework of the project “Strategic Plastic Litter Abatement in the Red River” funded by Ocean Conservancy, and the affiliated component “Youth led initiatives in raising awareness and promoting action of key stakeholders and coastal communities for reducing plastic pollution in Nam Dinh Province” funded by DOW Vietnam, implemented by MCD in coordination with the Department of Natural Resources and Environment (DONRE) of Nam Dinh Province and other local partners.