After days of rough seas, swarms of sea shrimp swim near the shore, this is also the time when a lot of people go to pull nets, bringing great income. 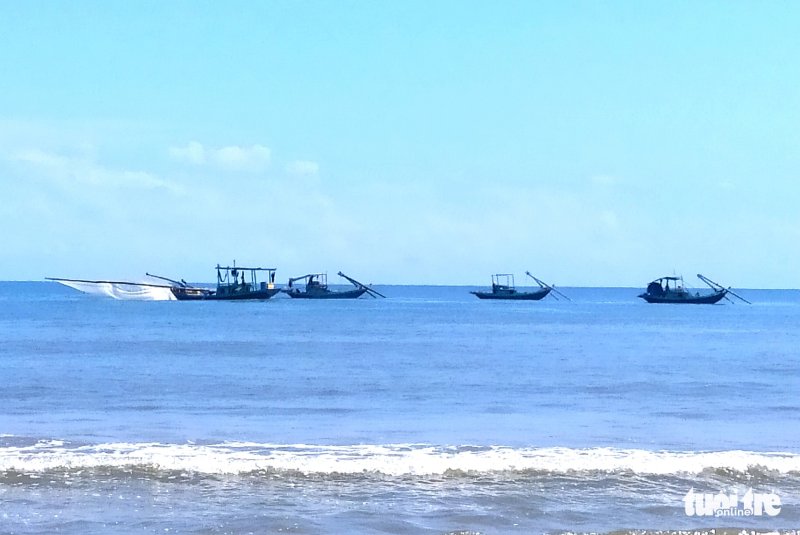 On the morning of October 6, along the coast of Thach Hai commune (Thach Ha district, Ha Tinh province) many people are organizing to pull nets and sailboats to the sea to pull shrimp.

People in Nam Hai village, Thach Hai commune said that on the afternoon of October 5, at the coast of this village appeared a flock of sea shrimp swimming ashore. Realizing that more and more shrimp are coming ashore, this morning dozens of households in the village pulled together to the beach to catch. 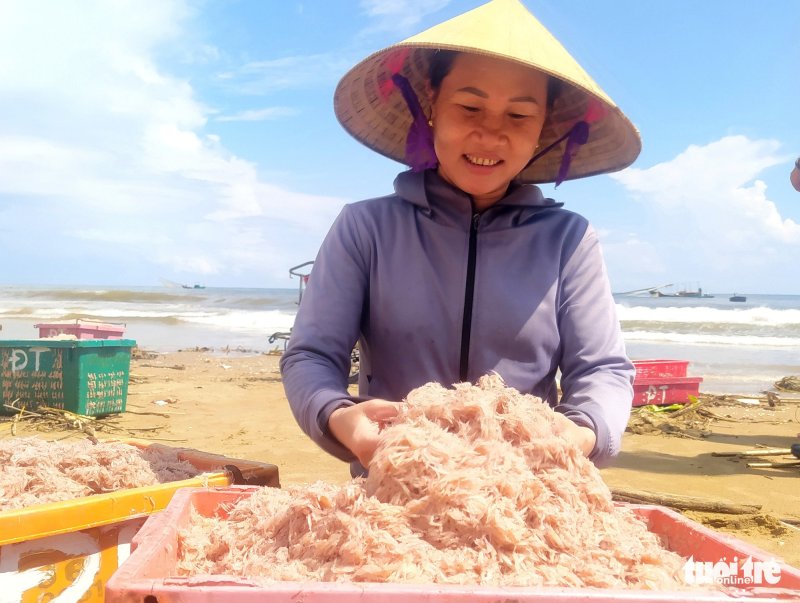 Mr. Nguyen Van Le (living in Nam Hai village) said that from 6 am, he and another person in the village brought the net to the beach to pull shrimp, by 10 am on the same day, he had pulled about 2 shrimps to bring ashore.

“The flocks of shrimp that swim to the shore often have some small ones jumping out of the water. When we identify the group of shrimps, we put a net to pull them in. This time, the shrimp came in quite a lot, so some households won a bunch of shrimp after each time. pull,” said Mr. Le. 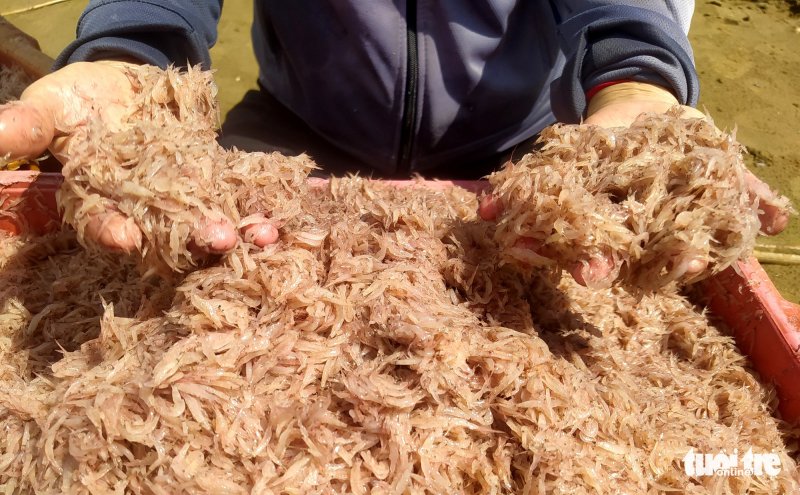 The shrimp that has just been pulled ashore is very fresh, so people can bring it to the market to sell or import it for small traders

According to Mr. Le, he and others manually pulled shrimp near the shore, so they won a small amount. Many households in the village sail to the sea about 500m from the shore to catch more shrimp.

On the shore, many people separate shrimp from marine litter to sell to small traders. Each kilogram of shrimp costs about 15,000 – 20,000 VND. Therefore, people can pull 1 bag of shrimp every day, bringing in millions of income. 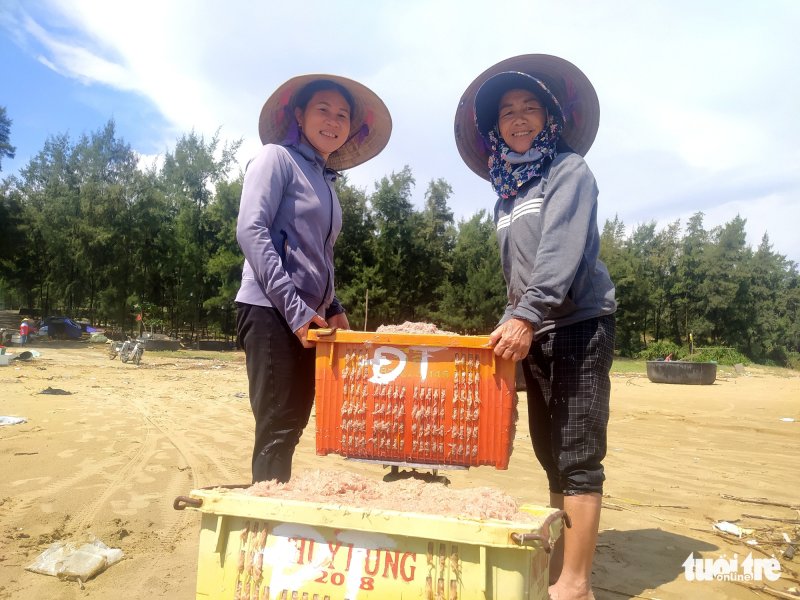 Ms. Nguyen Thi Trong (living in Nam Hai village) said that her family has a local seafood processing and purchasing facility. This morning, people announced that they had won a lot of sea shrimp, so the couple and some other people went to the beach to buy them.

“Just in the morning, our facility buys more than 1 ton of shrimp from people in the village. The shrimp are purchased and processed into shrimp paste, then shipped to markets inside and outside the province for consumption,” Ms. Trong said. Shrimps pulled near the shore often have garbage, so people have to sort them before selling

According to the people of Nam Hai village, after days of rough seas, shrimps swam with the water to the shore, so people rushed to catch them, this is also the first time since the beginning of the year, people have been hit by sea shrimp. 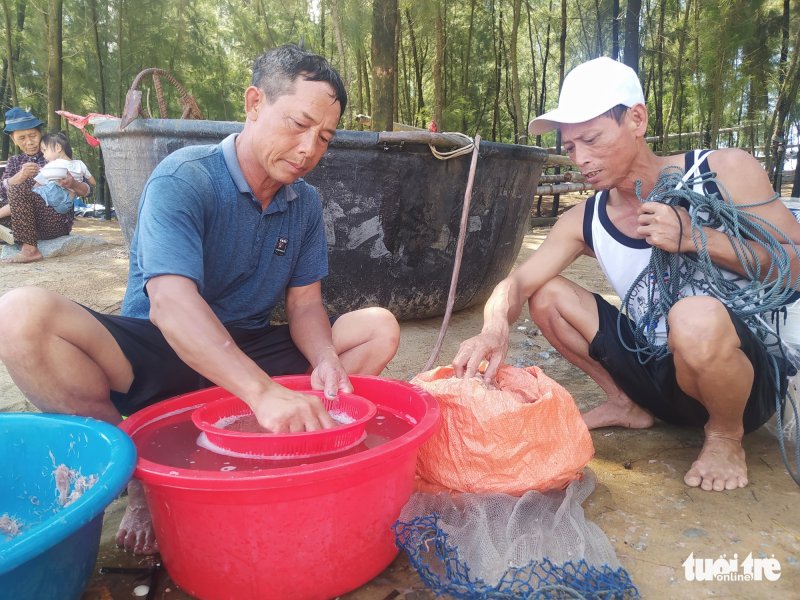 Mr. Nguyen Van Le and his friend in the village this morning pulled about 2 quintals of shrimp, earning millions 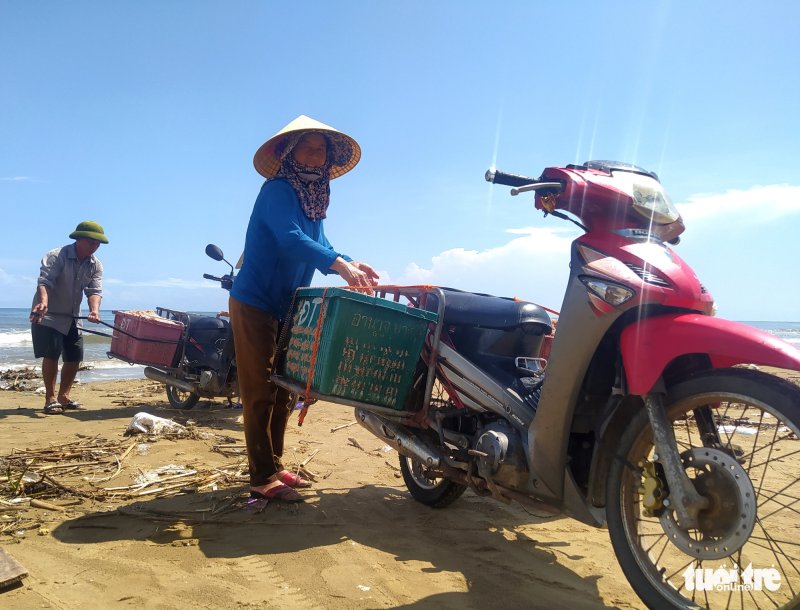 Small traders come to the beach to buy shrimp, prepare them for preliminary processing, and sell them to domestic and foreign markets in Ha Tinh province

Today, 23:32
Southeastern provinces attract over US$10 billion in new investments