When it comes to these fruits, many people in the West, far from the countryside, will recall their childhood.

The West, the dear name of the Mekong Delta, is not only the rice bowl but also the fruit bowl of the whole country. Many famous fruits with high economic value were born from this land such as pomelo, Ri6 durian, Hoa Loc sand mango, blacksmith apple, and Tra Vinh wax coconut … However, there are only This is a kind of wild fruit from many generations later that makes Westerners miss the most, no matter how far they go. 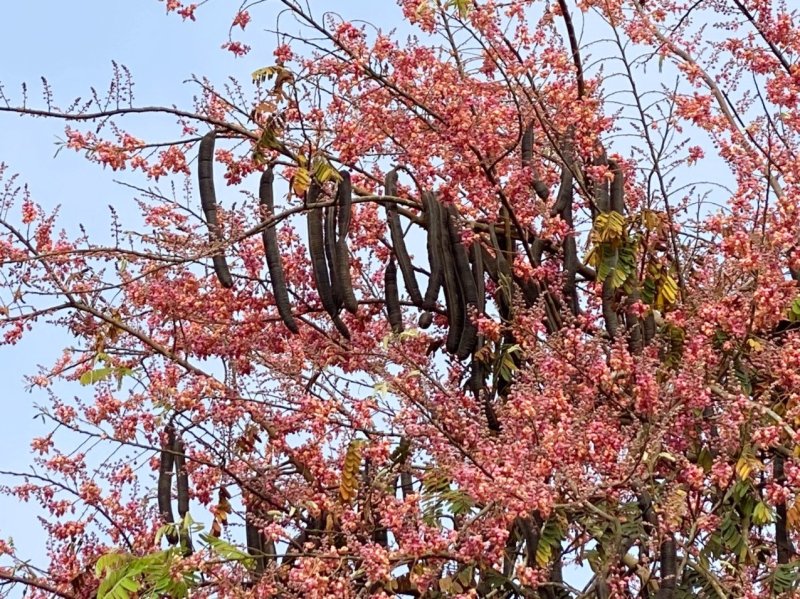 Cotton umbrella is associated with the age of students, blooms at the end of April and lasts for a month. Pink flowers bloom in a corner of the sky, on the bank of the canal, reminiscent of school-age love. The flowers are arranged in long bunches, scattered and drooping. In the flowering season, the leaves are sparse, so the tree can be seen from afar with a uniform colorPUBLIC SERVICE 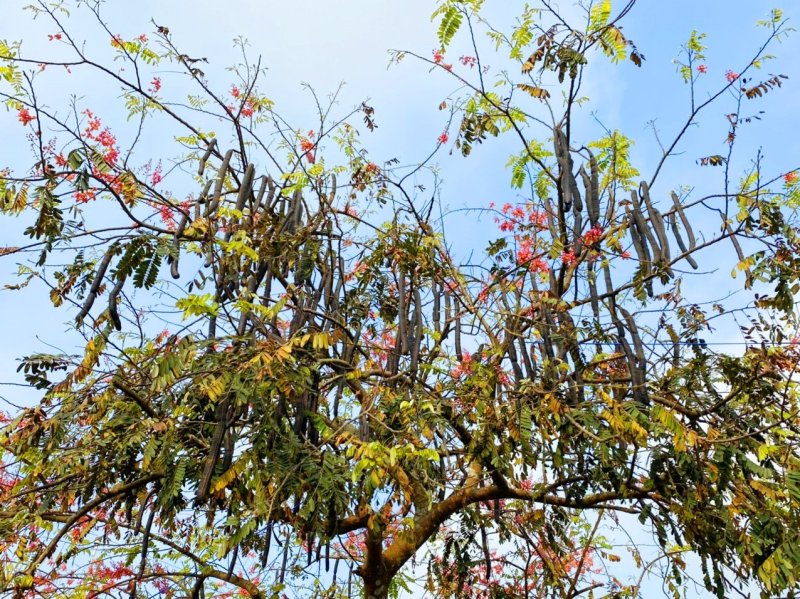 The tree is woody, with long, hard, black fruits, divided into small cells. Each cell contains a seed, around the seed is a layer of soft rice, when the fruit dries, the layer of rice dries up, turning blackPUBLIC SERVICE 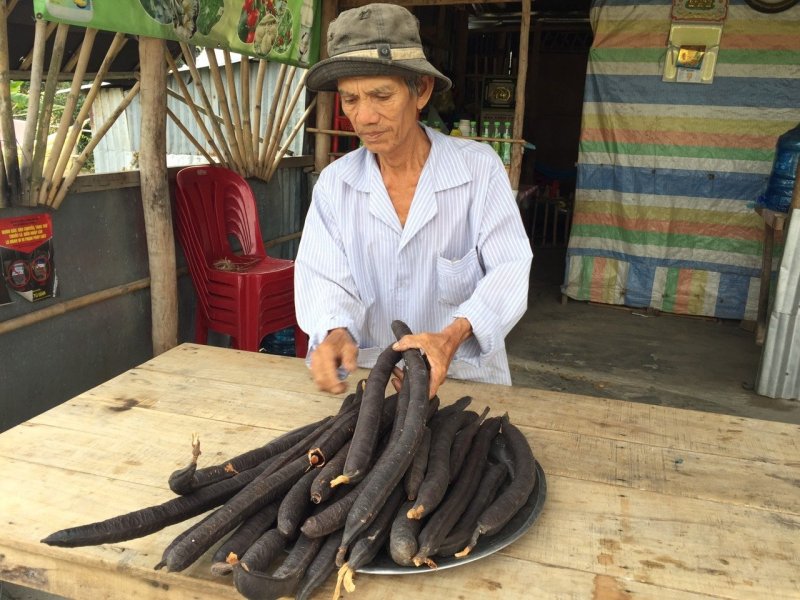 Westerners use rice and fruit seeds as a medicine, cure aches and pains, help eat well… In the past, umbrella fruits were often sold at the school gate, so everyone in the countryside knew. The fried rice has a pungent, slightly sweet taste that is unmistakable; The seeds can be used to make teaPUBLIC SERVICE 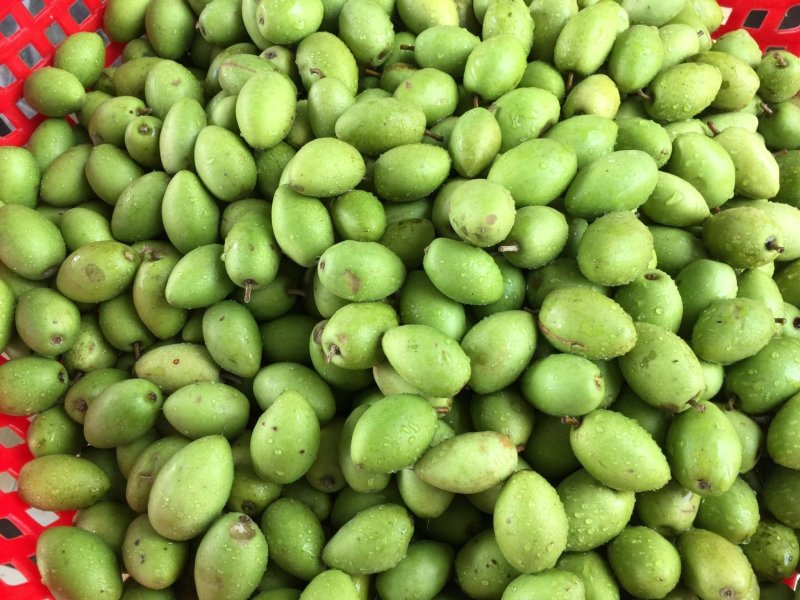 Floating water season is also the time when the cana fruit is laden with fruit on the branches. Trees grow on the banks of ditches, canals, riverbanks, people run boats and pull branches to pick old dark green fruits, bring them back to crush them and then dip them in salt and pepper. The spicy and salty taste of salt blends with the sourness of the cana fruit, once you eat it, you’ll be addictedPUBLIC SERVICE 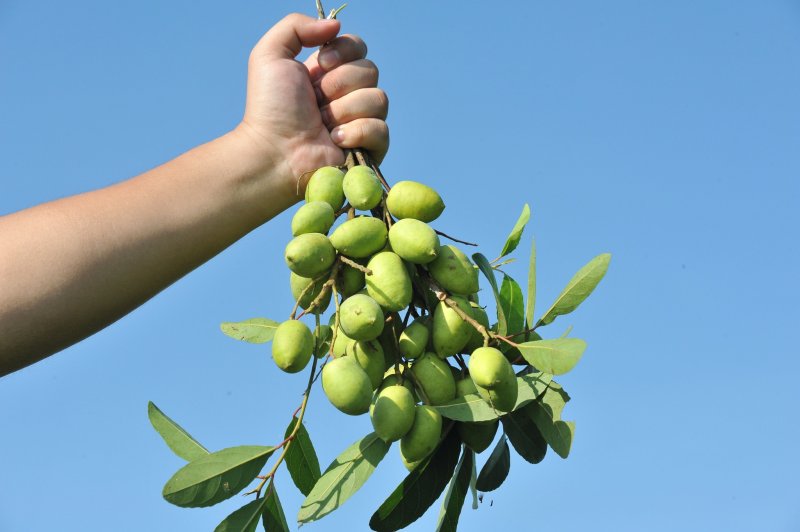 Ca na, also known as fillings, is cheap but is a valuable medicinal herb, which is spread by men about the effect of alcohol or poisoning, reducing cough…PUBLIC SERVICE 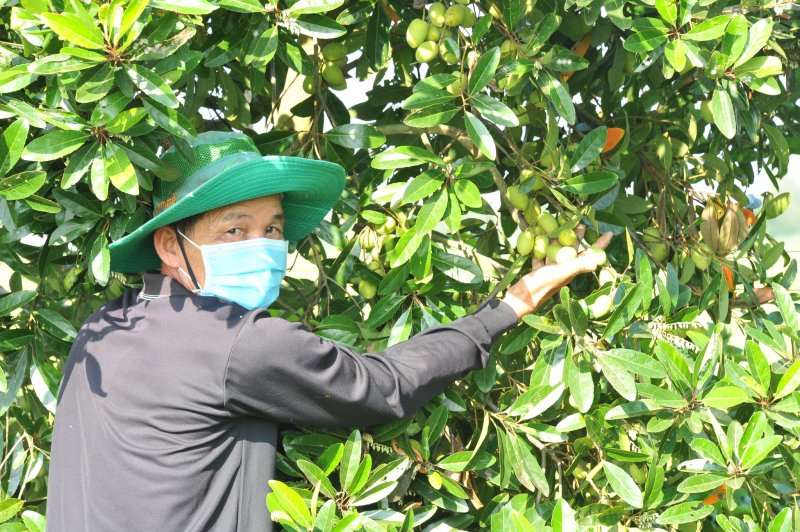 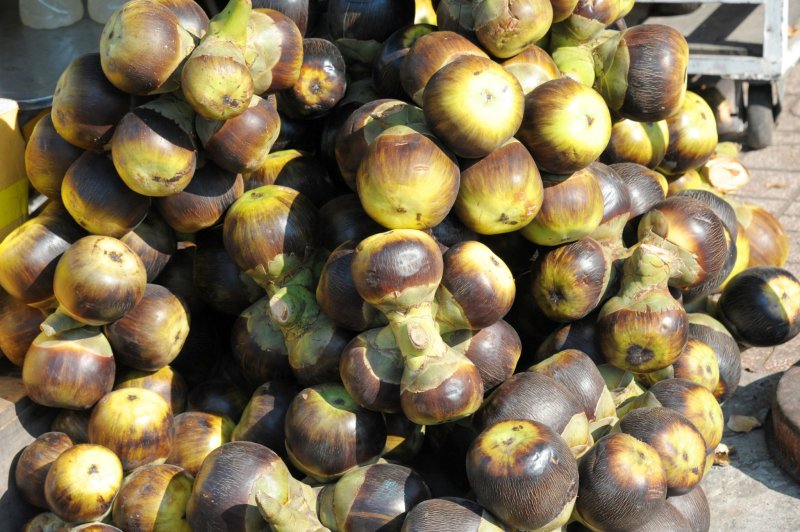 The area of ​​seven mountains An Giang or Kien Giang is the area where the most palm trees are grown. The rows of jaggery along the field, one side is the mountain, in Tri Ton, Tinh Bien (An Giang) used to go into photography as beautiful as a country painting. 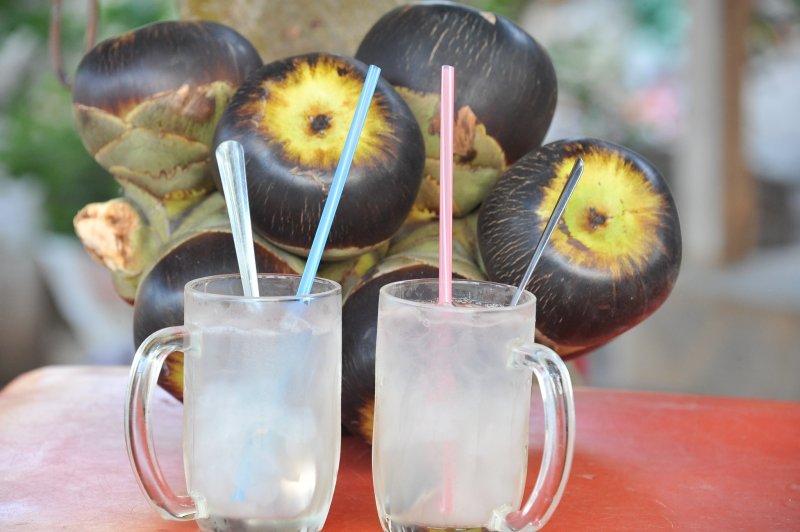 The palm tree has a straight trunk, and looks like a palm tree in the Northern Midlands or a coconut tree. Palm trees have flowers all year round and people take water from the pistil to make jaggery. The way to process jaggery is still manual, when people climb trees every morning to get water from the pistil and bring it home for processing. jaggery drink cool drink, cool down in summer 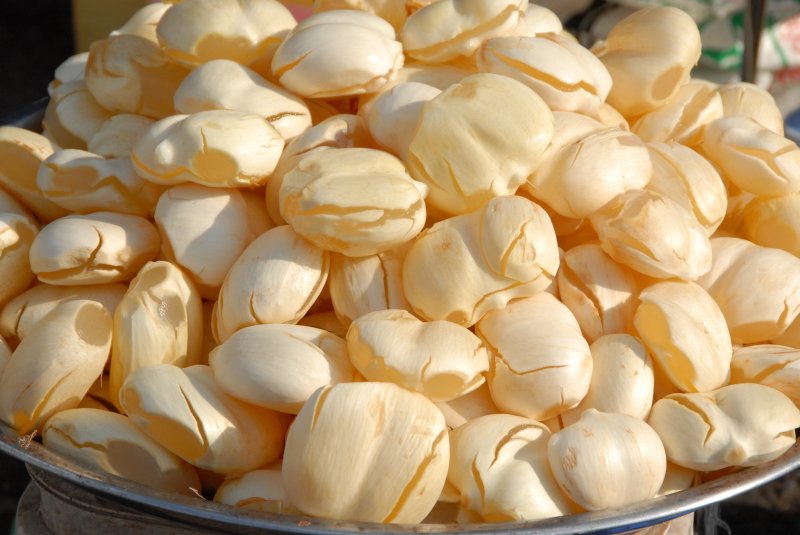 The jaggery seeds are soft, fleshy, and at a glance similar to the peanuts, but larger, with a milky white color. When you bite the jaggery seed, you will see the hollow inside, containing waterPUBLIC SERVICE 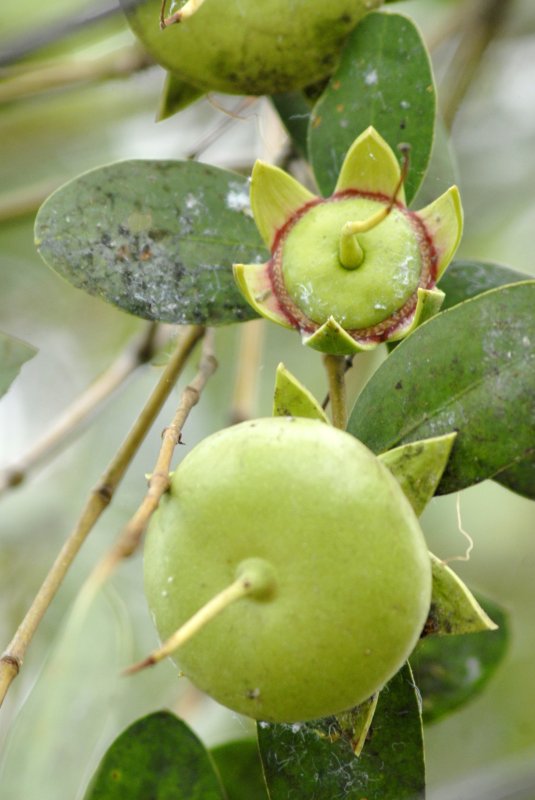 The cork tree is often compared to the lowly, but the role of the cork tree in the lives of Westerners is extremely important when they grow along the river to keep the soil and prevent erosion. The cork fruit and cork flower also evoke feelings of loneliness and loss because of the floating season, they are alone in the vastness of waterPUBLIC SERVICE 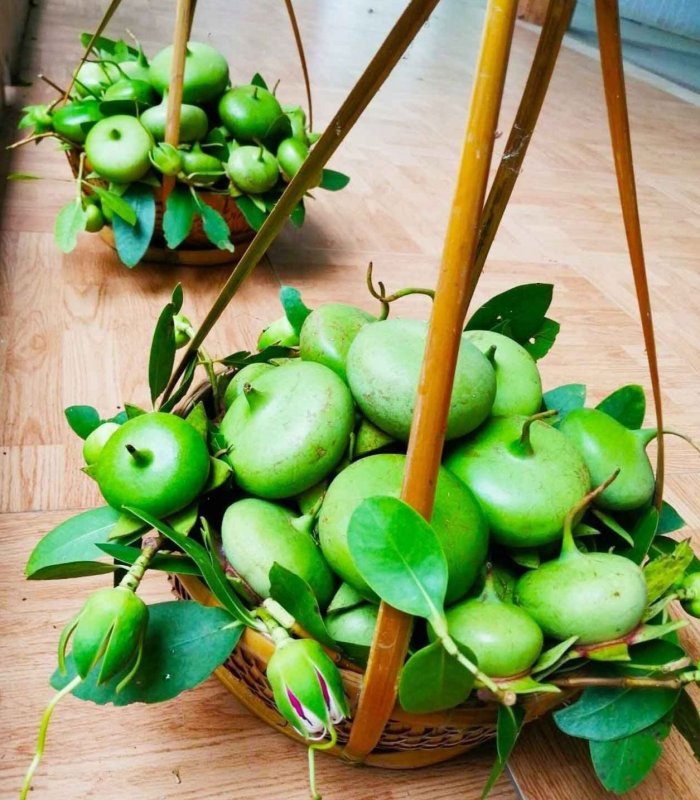 The cork tree is probably the closest species to the people of the South. The secondary roots of the cork tree often grow up out of the mud, the most noticeable feature when visitors return to the West. The flowers are white and pink and the fruit is edible, with a sour taste of the flesh, acrid of the seedsT.T 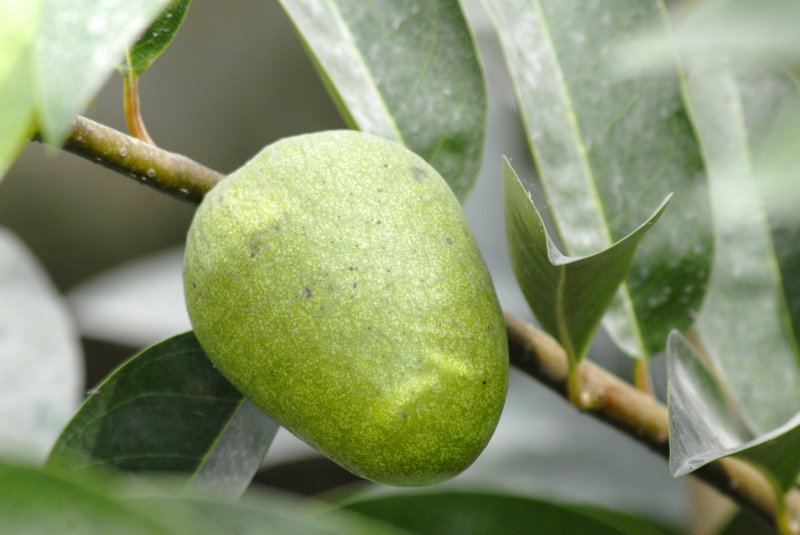 And here is the fruit bowl. There are two types of vases, wire and wood, easy to grow, easy to grow. Just a pinch of soil in the corner of the garden, the bowl also grows green. The wooden bowl gives ripe fruit in August and September, a fruit associated with the childhood of many people in the WestPUBLIC SERVICE Ripe fruit can be eaten by icing sugar or not, has a sweet and sour taste and aroma. The fruit is said to have a lot of Vitamin C, has a cooling effect, aids digestion…T.T The West is not only famous for Ben Tre coconut , this region also has many nipa palm forests. Nipa palm trees grow everywhere, from brackish water near the sea mouth to villages in deep fields. The unique thing is that the water coconut has no water, only a small portion of rice in each fruit. Coconut water is soft, fragrant, or used to cook tea. Nipa leaves are associated with the people in the river countryside, when materials such as corrugated iron and tile are not yet popular, it is the water coconut that protects the roofs from rain and sun.PUBLIC SERVICE 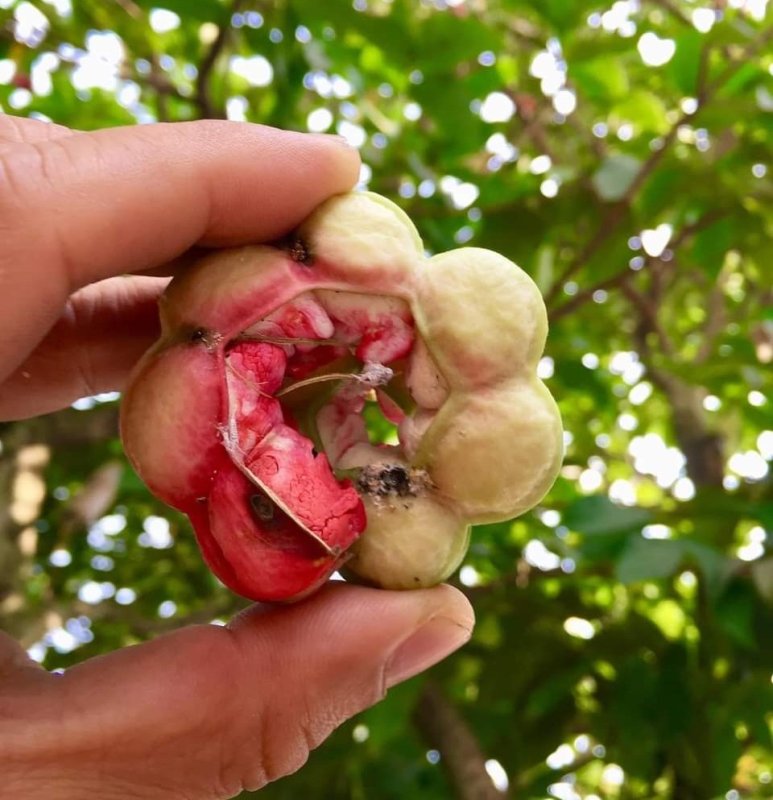 Water tamarind, also known as prickly acacia, bears fruit in early summer. Ripe fruit will turn a beautiful red-pink color, taste sweet, fragrant and fleshy.The memory of Westerners is also associated with many other fruits such as brooch, vene… In the time when electronic devices were still far away, childhood grew up with rustic things like the name itself. their name: oh lip, co or ca na
RELATED NEWS
TAG:
Other news