HA TINH – Hundreds of people went to the beach in Thinh Loc commune, Loc Ha district, caught tons of shellfish washed ashore, and brought them back to process dishes or sell to traders. 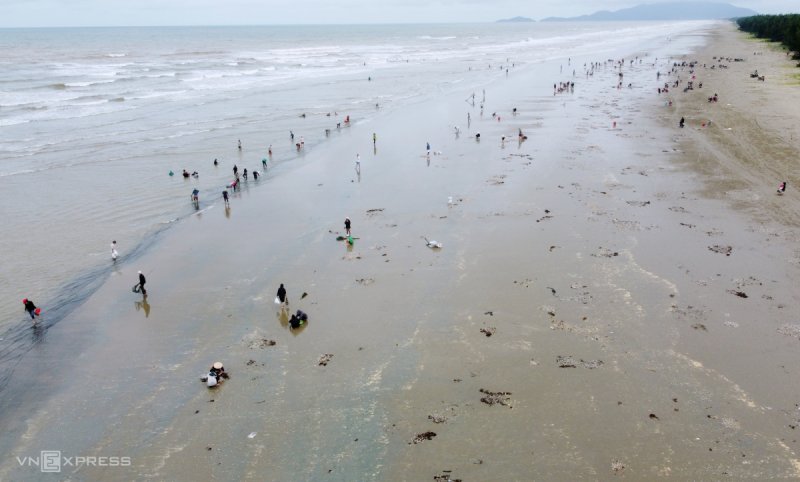 On the afternoon of September 30, along the beach with a length of more than 1 km, passing through Yen Diem village, Thinh Loc commune, Loc Ha district, hundreds of people went to catch shellfish. The leader of the Department of Agriculture and Rural Development in the Loc Ha district said that the shellfish began to wash up on the beach at noon. Occasionally, after floods, the authorities have recorded this phenomenon with shellfish, snails, shellfish…

“This species lives off the coast, maybe these days, the circulation of Typhoon Noru causes heavy rain and rough seas, so they migrated to other places to live and were washed ashore by big waves,” the leader of the Agriculture Department said. 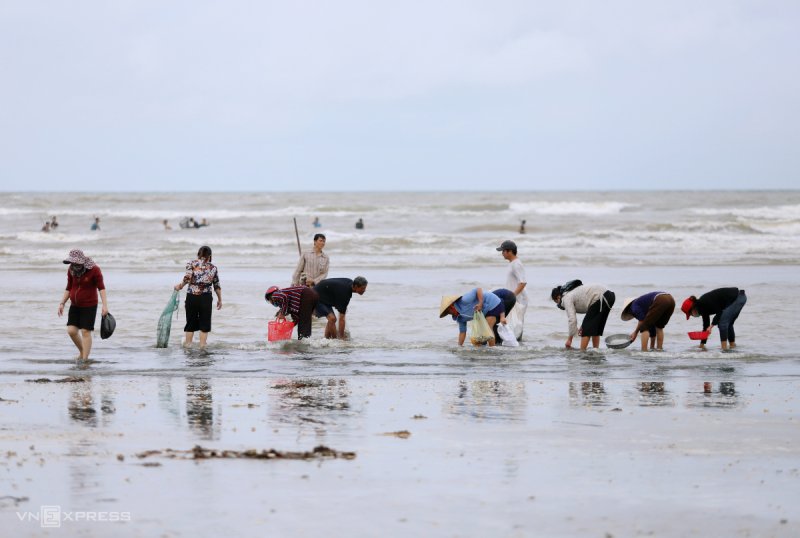 People in Loc Ha district bring racquets, bags, plastic baskets, plastic buckets … to the beach of Thinh Loc commune to pick up shellfish. They go in groups of 4-5 people to support each other. 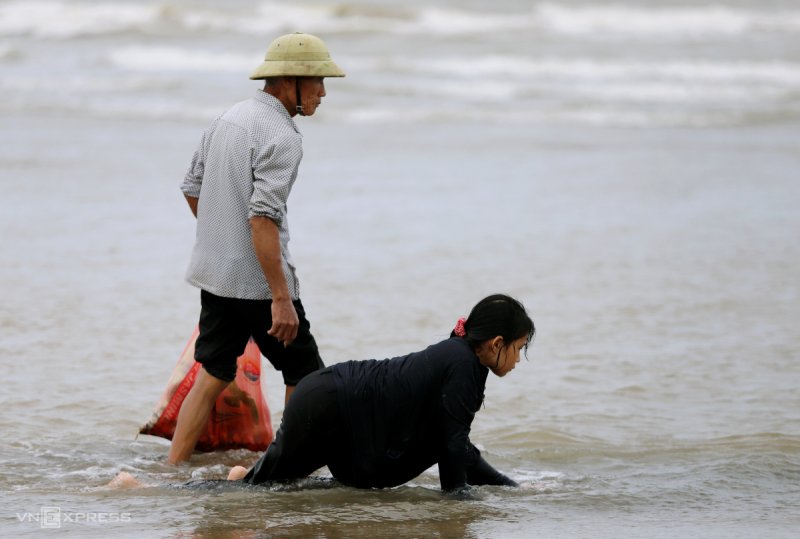 Scallops are hit by waves, lying in the sand, people go along the coast to watch to catch, and sometimes they lean down to pick it up. 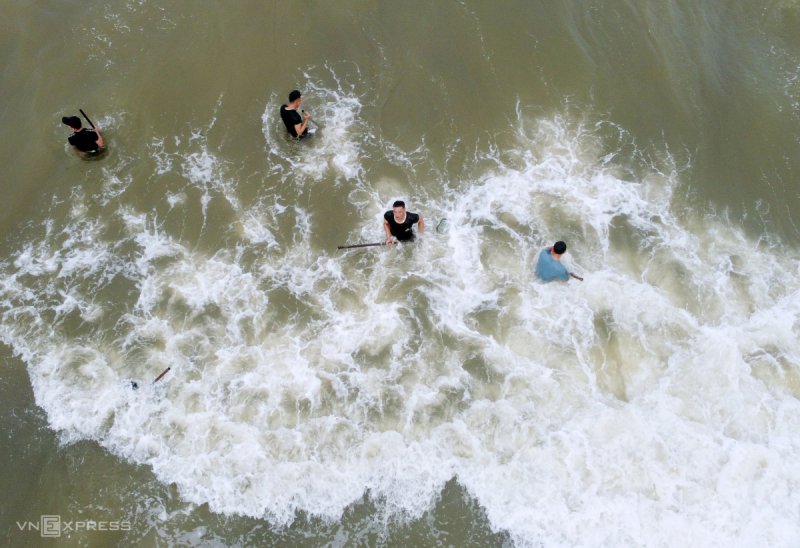 The catching of shellfish tens of meters from the shore is undertaken by middle-aged men, young people, or experienced old fishermen. They continuously swing the racket between the big waves, after 10-15 minutes, they can pull a batch. 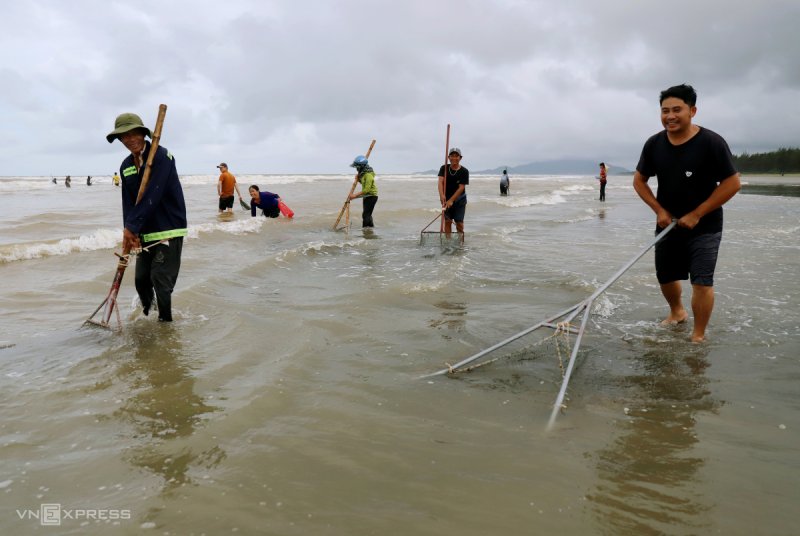 Some other fishermen go back and forth pulling their racquets at the edge of the beach in search of seafood. Mr. Nguyen Dac Thac, 60 years old, residing in Thinh Loc commune, said that if you want to catch a lot of oysters, you need to use an iron racket with a length of 1.5 m to 1.7 m, attach a blue net 2 m long, then go outside the area. 60-80 cm deep sea for “hunting”. When pulling a batch of shellfish, people support each other to pour out the middle of the sand. 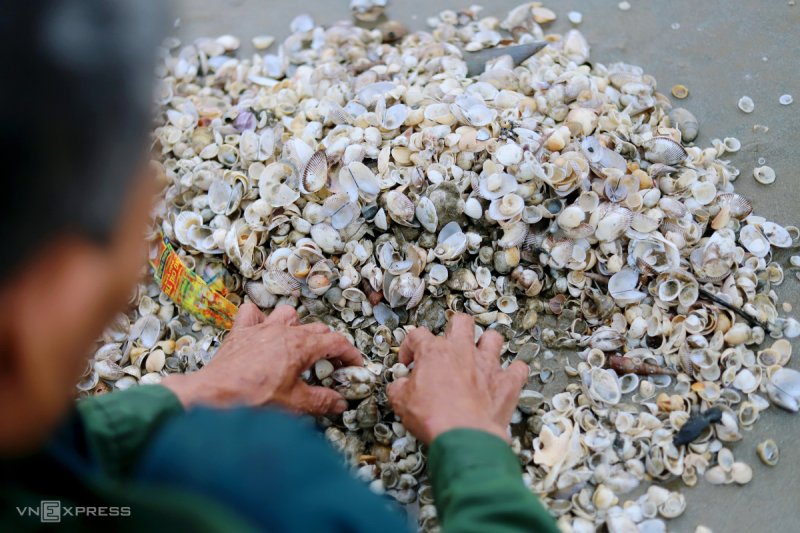 Scallops and many molluscs were mixed together, people squatted to pick up live ones and put them in baskets or bags, net bags… About 15-20 minutes, they classified a batch of clams weighing 15 kg. 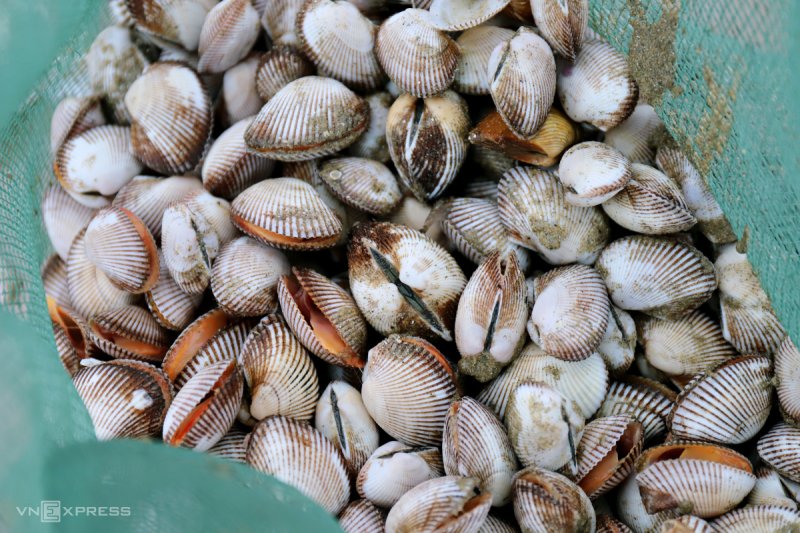 Scallops washed ashore are mostly alive, the shells are always open and the intestines can be seen inside. 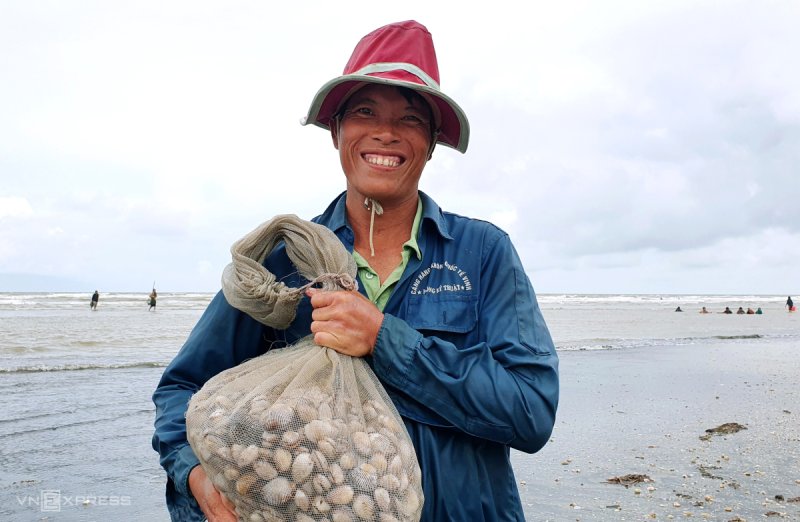 A fisherman smiles when he catches 20 kg in the afternoon. This is considered a ‘fortune’, so the people in the commune are very excited. Almost every family mobilizes all members to go to the sea to collect shellfish to earn extra income. 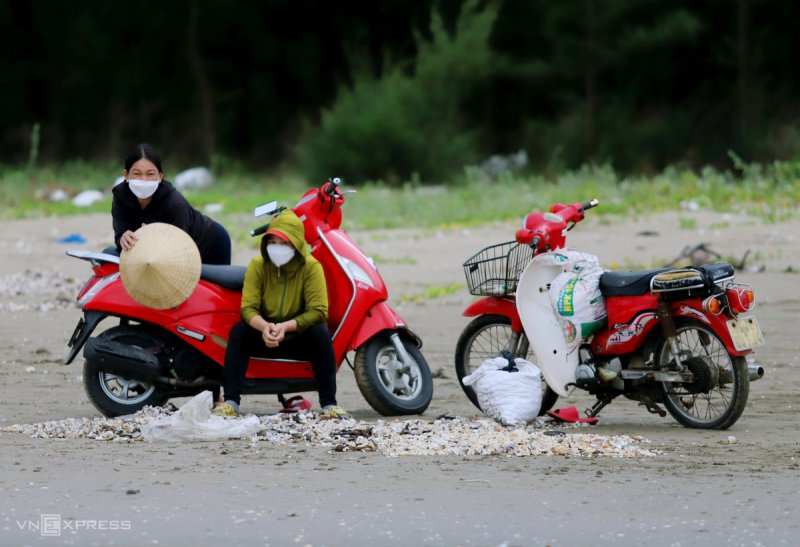 On the shore, many traders were waiting. Scallops are bought on the spot for 15,000 VND per kg, they bring to retail markets or import for restaurants to make a profit. Scallops, after preliminary processing and gutting, cost 100,000 VND/kg. Scallops can be cooked in many dishes such as grilled onion, steamed lemongrass, fried garlic … 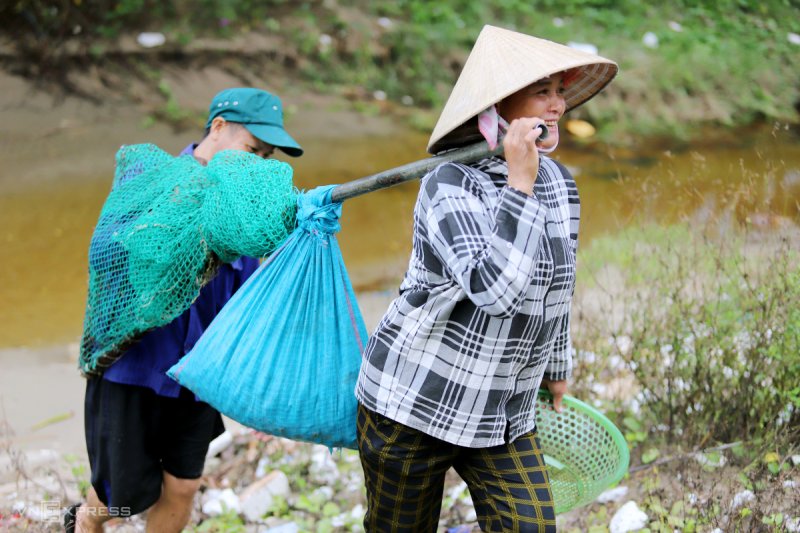 The couple from Thinh Loc commune used an iron racket handle to carry 30 kg of scallops in a load to take home for preliminary processing.

Mr. Nguyen Khac Phong, Chairman of Thinh Loc Commune People’s Committee estimated that the number of shellfish washed ashore on September 30 was about 5 tons. On average, each family catches 10-50 kg of oysters, in addition to being used as food, they also sell them, earning 150,000 VND to more than 700.00 VND.

From the evening of September 27 to September 29, the circulation of Typhoon Noru caused heavy rain in Ha Tinh, flooding in many places, and partial division. By now, the rain has stopped and the water has receded.