The drum used to be a folk toy during the Mid-Autumn Festival that was indispensable in the memory of many children in the North for a while… However, today in the very “homeland” of that simple toy, In Bao Dap craft village, Hong Quang commune (Nam Truc district, Nam Dinh province), only Mr. Nguyen Duc Huong still continues and maintains the profession of making drums.

In traditional toys, the neat and cheerful sound of the drum has become the childhood memory of many people. In Nam Dinh, the art of drum making has existed for a long time and is still preserved by the talented hands of generations of folk artisans in the craft village. In the 60s of the last century, every house in Bao Dap village, Nam Truc district, Nam Dinh province also made drums and lanterns. Now the village only maintains the profession of making lamps and making drums because only the family of Mr. Nguyen Duc Huong remains. He is considered a rare craftsman who still makes this folk toy. He approached this profession from his grandfather and father when he was 6 years old, then he did not know how to do another profession, so he followed it until now. However, 20 years ago this product was still popular, and in recent years, foreign toys have become more and more popular, so less and less people are interested. 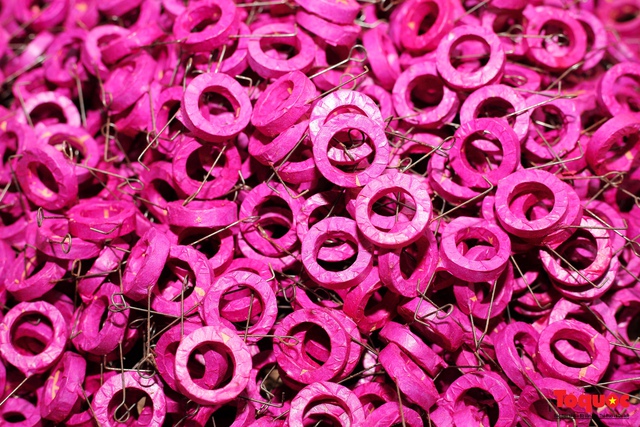 The drum has a fairly simple structure, including the following parts: handle, tang, face, frame, drummer… 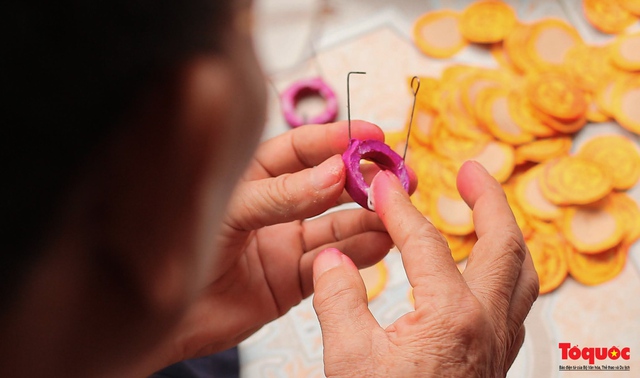 In the past, the drum handle was made of bamboo, the top of the handle was attached to 2 pieces of aluminum woven together to form 4 gears to push the drum.A drummer lanyard is hemp rope or thread.The drum is made of a hollow bamboo tube, sealed with a piece of paper.About 20 years ago, the materials used to make drums at Bao Dat changed.The drum is made of clay. 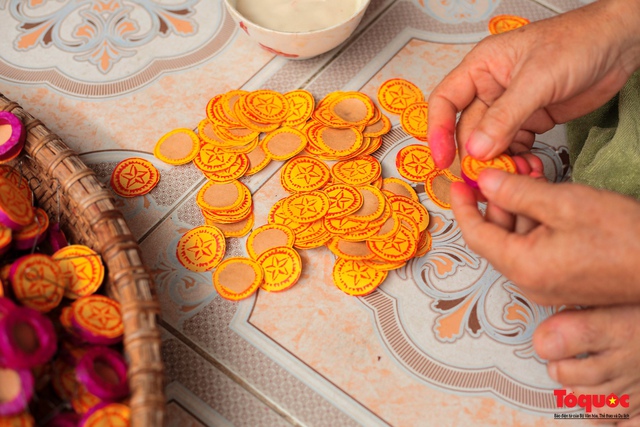 After drying, the drums are wrapped with colored paper. To glue the paper, Bao Dap village workers use paste cooked with glutinous rice flour.Rice is soaked with rainwater for 3-4 hours, then cleaned, pounded finely, given enough water and simmered …, forming a paste, let it cool and then use.

After wrapping the drum, it is time to wrap the drum face. The drum surface consists of two layers, the paperboard with moderate thickness is underneath, the white paper is dyed in gold, and the top is printed with a red pentagram with handmade wooden markings. 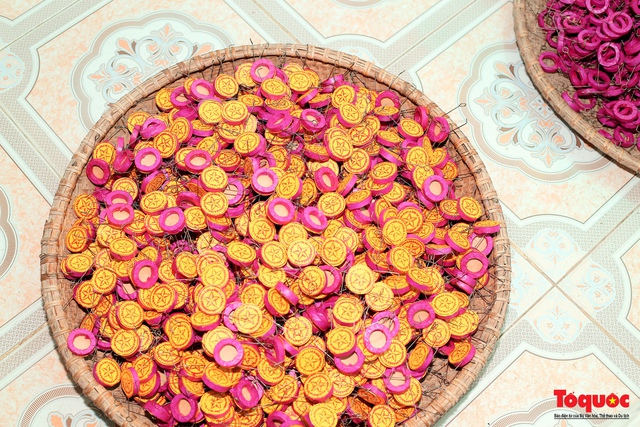 In order for the drum sound to sound sharp, clear and soulful, the worker must seal the drum face tightly;If the drum surface has a gap, it will quickly tear and only make a “pop” sound. 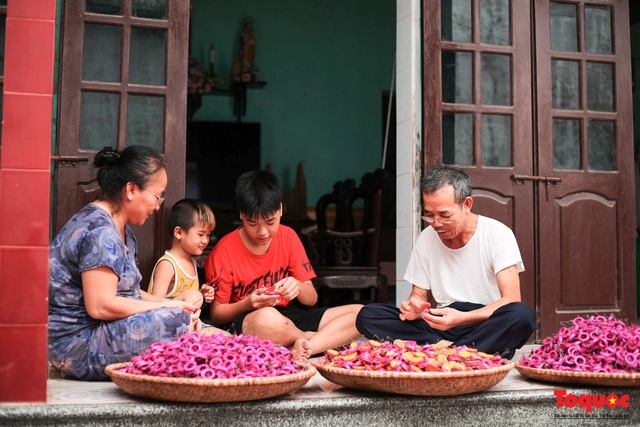 With the desire to maintain the profession of making drums, Mr. Nguyen Duc Huong and his wife, Mrs. Nguyen Thi Nhi, have accepted to teach dozens of people from all over the country free of charge to learn how to make them. Those who come to study are guided by him wholeheartedly, helping both with materials to learn and finding ways to consume products. 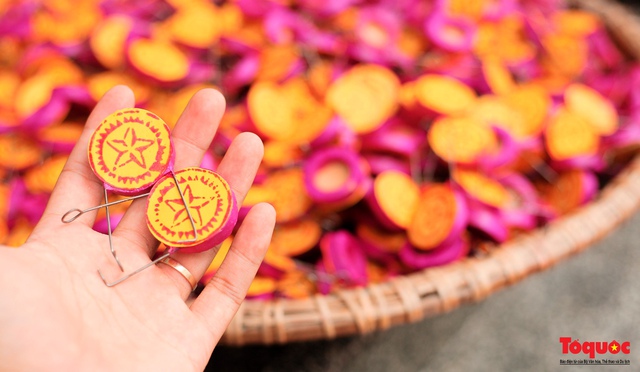 However, according to Mr. Huong, most people come to study because they are curious to learn about drums, but no one has determined by profession because this is a profession that “makes a profit. 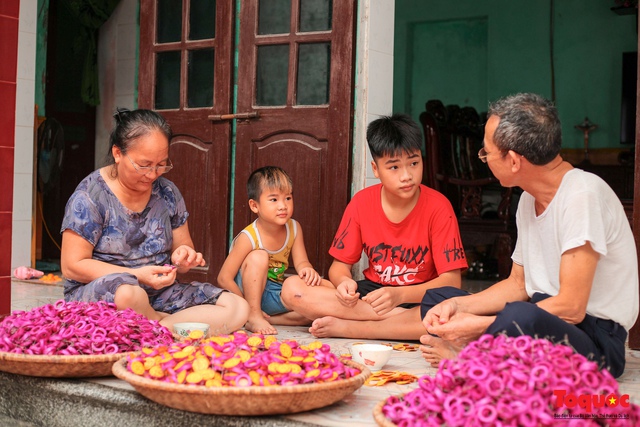 In recent years, when traditional cultural values ​​have been paid attention and promoted again, handmade media toys at every Mid-Autumn Festival have also found their inherent position.This makes Mr. Huong always hope that the drum will be revived, preserved and will always be a familiar toy for children every full moon occasion. In recent years, when traditional cultural values ​​have been paid more attention to, traditional Mid-Autumn Festival toys have also gained a foothold in the market. 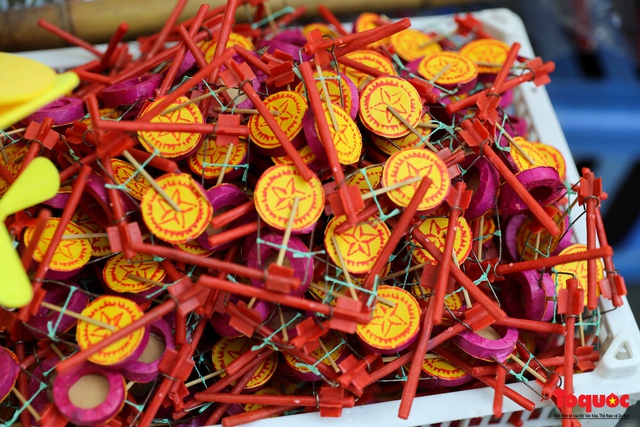