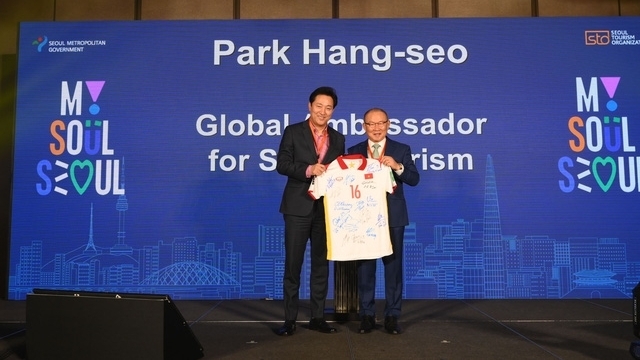 NDO/VNA – A tourism promotion event was held in Ho Chi Minh City on August 3, seeking to boost tourism connection between the country's biggest metropolis and the capital of the Republic of Korea (RoK).

Joining the “Soulful Seoul Night in Ho Chi Minh City”, co-organised by the Seoul Metropolitan Government and the Seoul Tourism Organisation, visitors were briefed on the attractions as well as outstanding tourism infrastructure of the RoK's capital.

According to Lee Hye-jin, an oficial from Seoul Tourism Organisation, it is an important milestone to increase connectivity and spread the attractiveness of Seoul tourism to tour operators and travel businesses in Ho Chi Minh City in particular, Vietnam in general, thereby contributing to promoting economic and tourism cooperation relationship between Korean - Vietnamese businesses.