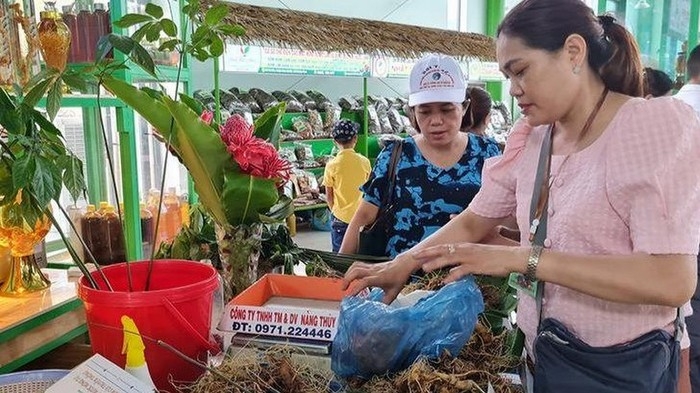 At the festival (Photo: NDO)

The festival aims to promote the values of Ngoc Linh ginseng, a precious and rare medicinal plant with a high economic value in Vietnam.

In June 2017, Ngoc Linh ginseng was named on the list of national products by the Prime Minister.

Speaking at the opening ceremony, Vice Chairman of Quang Ngai provincial People’s Committee Ho Quang Buu said the Ngoc Linh Ginseng Festival is an event of great significance for Nam Tra My district, stimulating the consumption of Ngoc Linh ginseng towards contributing to the socio-economic development of Nam Tra My district in particular and Quang Nam province in general.

He also noted that Nam Tra My district’s authorities have been encouraging and instructing local people to protect the original genetic source of Ngoc Linh ginseng while creating favourable conditions to develop the ginseng for exports.