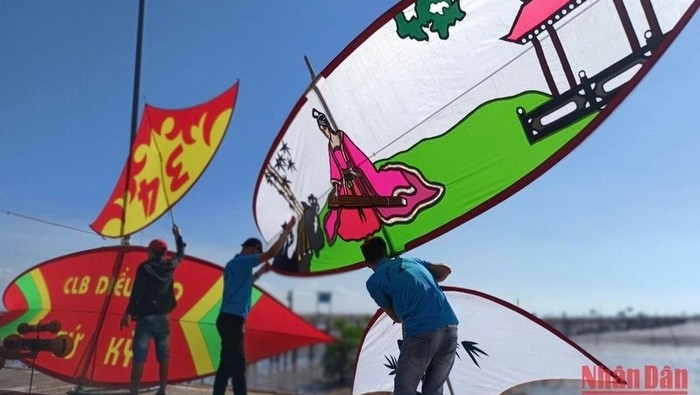 NDO – The second National Kite Festival was held in the northern province of Thai Binh on July 28, featuring the participation of 35 clubs from across the country.

Visitors to the festival also had the chance to learn the ways of making kites, including sharpening frames, glueing paper and painting the kites, followed by flying the kites.

The custom of playing flute kites during the Sao Den festival in Song An commune, Vu Thu district, Thai Binh province was honoured as a national intangible cultural heritage.