Home / Travel
Lang Ca Ong in Vung Tau is a spiritual place that attracts tourists from near and far
duonghanhnguyen 20-06-2022, 11:10

Not only famous for its beautiful sea paradise, but Vung Tau tourism also attracts tourists with spiritual sites. In, it must be mentioned that Ca Ong Tomb in Vung Tau, is a destination that attracts tourists from near and far whenever they have the opportunity to visit the beautiful coastal city.

Where is the address of Ca Ong Tomb, Vung Tau?

The Tomb of Ong , also known as the Tomb of Ong Nam Hai, is located on Hoang Hoa Tham Street with a spacious campus, including the shrine of Mrs. Ngu Hanh and the temple of Thang Tam. Lang Ca Ong in Vung Tau is not only a spiritual attraction attracting tourists near and far, but also associated with sacred stories about the legend of Ca Ong. Every year at Ca Ong mausoleum, many interesting activities are held to attract visitors. 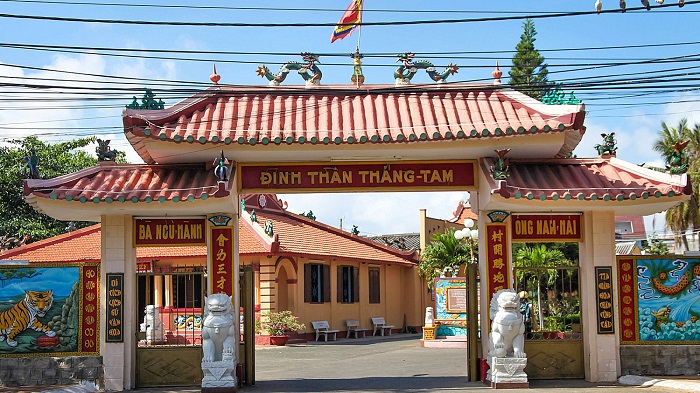 How to get to Ca Ong Tomb in Vung Tau?

To visit the Ca Ong mausoleum in Vung Tau , visitors first need to move to Vung Tau city center by bus, motorbike or hydrofoil, depending on the departure location. From the city center, visitors follow the direction of Thirty April Street, at the intersection of QL51, you will see Truc Nguyen motel -> turn left on Vo Nguyen Giap street -> go straight on Vo Nguyen Giap street for about 2km -> turn left Enter Truong Sa Park -> cross the bridge and continue to go straight to Truong Sa Street, turn left to arrive. 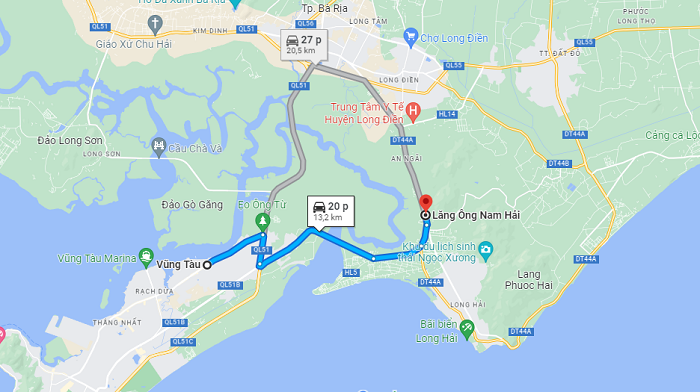 How to get to Ca Ong mausoleum?

Before visiting Ong Nam Hai’s mausoleum, visitors should also take time to learn about the sacred legend of Ong’s Tomb in Vung Tau . There are many different stories revolving around the Ca Ong tradition, according to the Cham people, there was a God who, because he argued with his teacher, turned into a whale and fell into the sea. But according to Kinh people, whales were brought into the sea by Quan Am.

Regardless of belief, whales are considered to be the embodiment of gods who come to earth to protect and help fishermen when in trouble. Therefore, people in the sea believe that when they encounter big waves and strong winds, they will be protected by their fish.

Around the 19th century, the people of Vung Tau saw the head, body and tail of the Ong fish washed ashore in Vung Tau, Long Hai and Can Tho. In particular, the head of the fish is too large, so wait for the fish to rot before removing the joints and bringing it back to worship. In 1911, people built Ca Ong mausoleum to worship and become a sacred place. Every year on August 16, the people of Vung Tau organize the death anniversary of Ong fish. On this day, people go to the mausoleum to pray for good luck and be protected by the Ong fish. 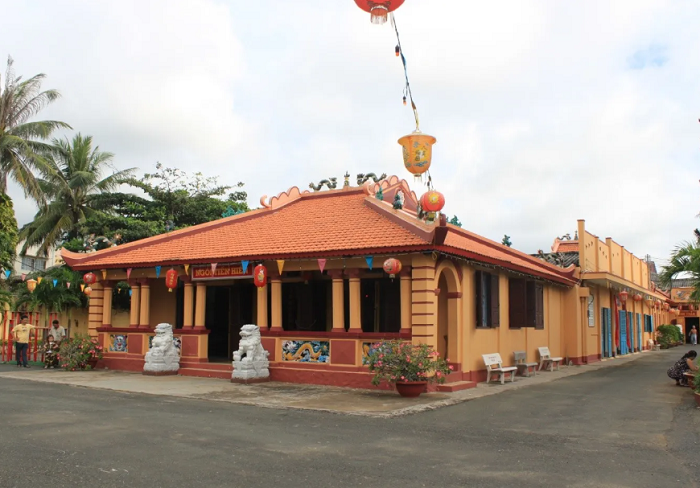 Visiting the Tomb of Ong fish in Vung Tau

What does Ong Fish Mausoleum in Vung Tau have ? Visitors will admire the simple architecture of Ong’s mausoleum. The area in the middle of the mausoleum is the altar, behind is a large cabinet with fish bones and on both sides is the altar of the music ancestor, the Tortoise God. Body of Ong Fish is displayed in a glass cabinet

Besides the architecture, if visitors come to Ong’s mausoleum between August 15 and 18 of the lunar calendar every year, they will be able to attend Ca Ong’s death anniversary. The festival is held to become a good belief of Vung Tau people and unique culture. 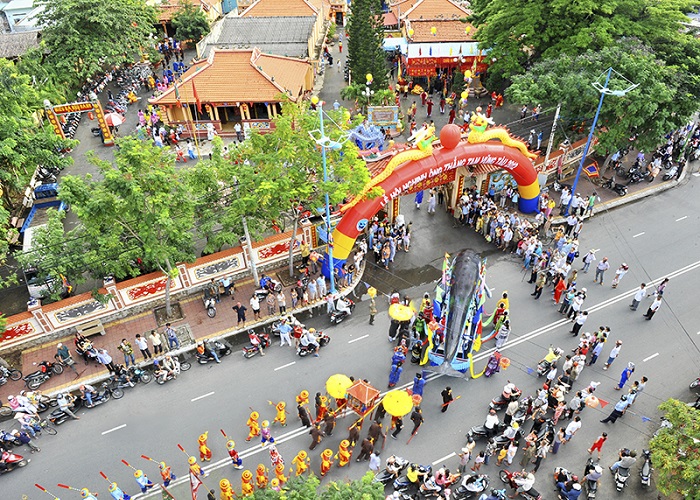 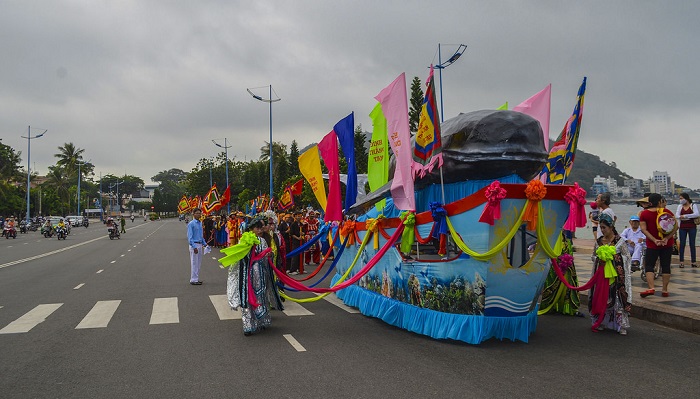 The festival attracts a large number of visitors 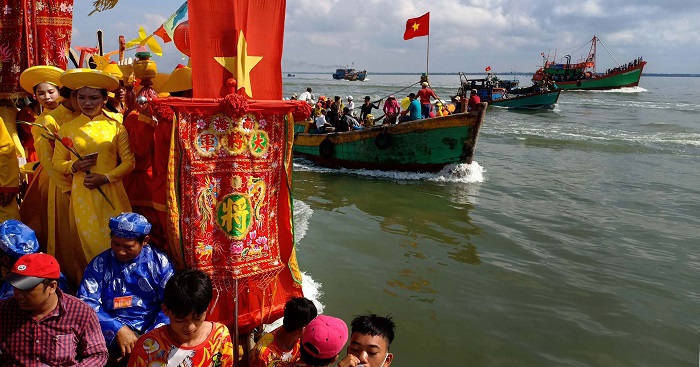 Performances that attract tourists at the festival

Part of the ceremony: The ritual of offering fish to Ong and Nghinh Ong to show the gratitude of the people of the sea. This is also an opportunity for fishermen to pray for good luck and good things in their families.

The festival part: It is the scene of the street lined with people participating in the festival with unique folklore activities such as: fishing, swimming, tug of war, knitting nets…

Notes when going to Ca Ong Tomb in Vung Tau

– Lang Ca Ong is a sacred place, so you should dress modestly, politely and neatly.

– Avoid laughing and talking loudly while visiting the fish mausoleum.

– Do not touch the artifacts displayed in the mausoleum.

In terms of dining, visitors can move to the center of Vung Tau city, there are many delicious restaurants.

– If you want to stay overnight near Ca Ong mausoleum, you can choose motels or hotels in the center of Vung Tau city . Or if you have a little extra money, you can stay in the Ngoc Suong eco-tourism area.

Lang Ca Ong in Vung Tau is a definite destination you should visit once. Hopefully, the information shared above will help you have the most complete tour.