QUANG NAM – It took nearly 12 hours to cut down acacia trees on steep hills, then peeled and loaded into trucks, the group of workers received 250,000 VND each. Acacia wood forest occupies the main area of ​​more than 150,000 hectares of planted forests in Quang Nam province. This species is considered to be a lifeline to help people in mountainous and midland districts in poverty alleviation and economic development.

Annually, forests in Quang Nam provide nearly 1.2 million m3 of timber for domestic consumption and processing for export. The value of forestry production, forest product processing and export in the province is more than 1,400 billion VND, accounting for more than 10% of the total production value of the province. 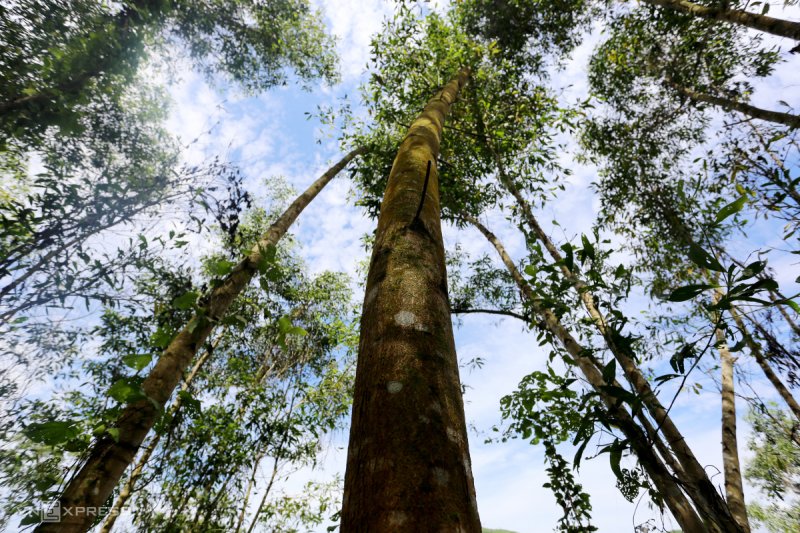 The work of harvesting includes felling, segmenting, peeling, loading on a truck, a fee of 230,000 VND/ton. 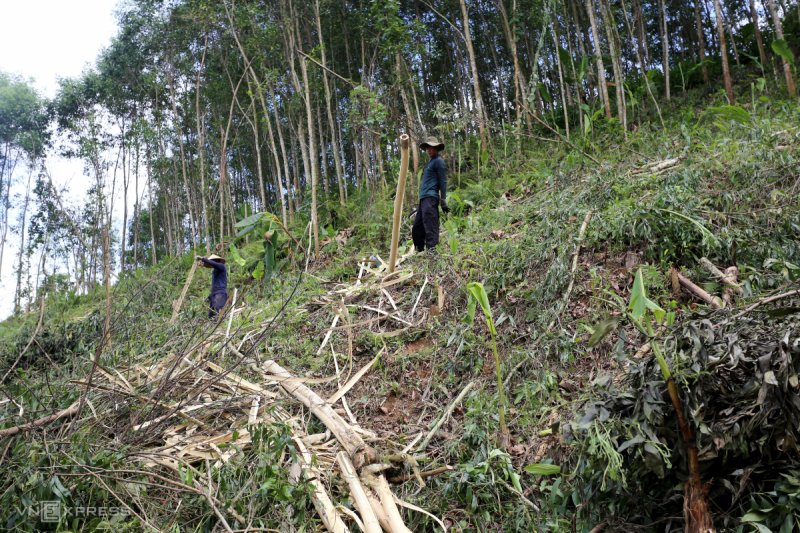 The felled acacia wood lying on the mountainside will be peeled by the members of the group. The terrain is hilly and steep, machines can’t come, so the mining process is done manually. 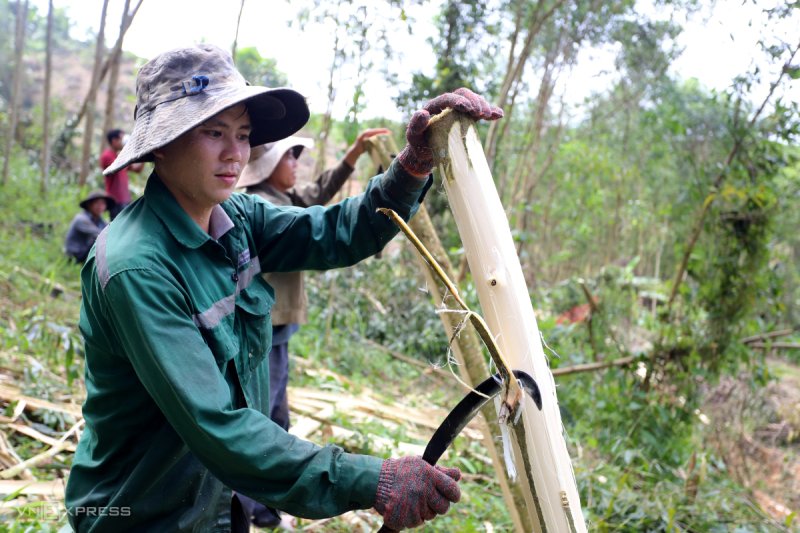 The acacia bark clings to the trunk of the tree, making it difficult to separate. The worker uses a sharp machete to cut a line into the trunk and then pulls it with his hand. For protection, workers must wear gloves.

According to Mr. Le Van Tung, 27 years old, this profession requires health and hard work. “In the mountainous areas, there are very few jobs. In the past 20 years, acacia trees have been planted a lot, the exploitation process attracts a lot of labor,” he shared. 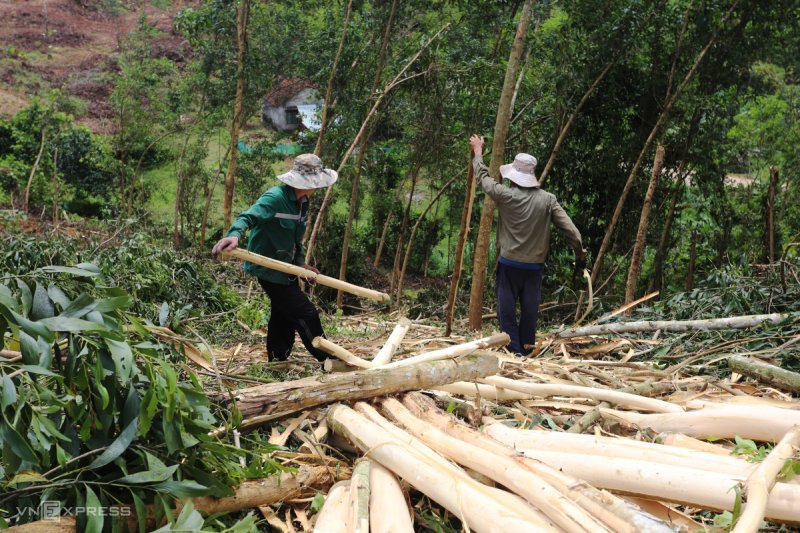 Acacia trees are grown on steep hills and mountains. After peeling, workers take advantage of the terrain to drop driftwood down to the gathering point and load it into trucks. 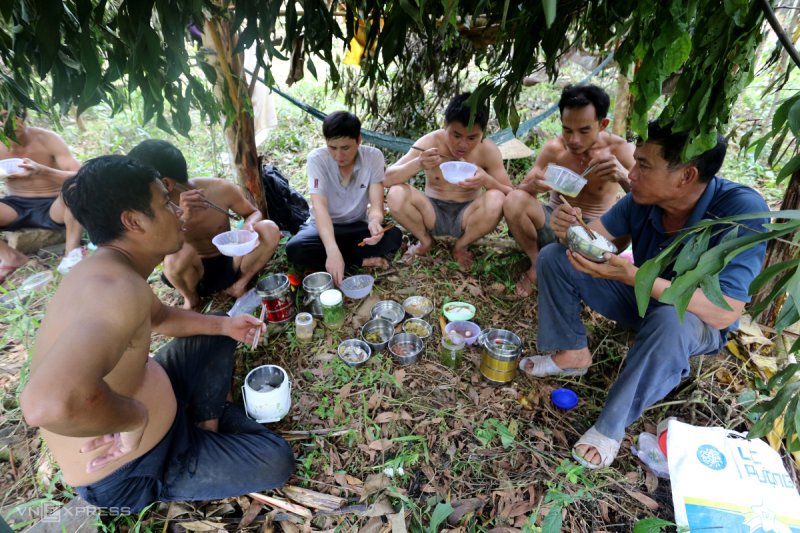 At 11:30, the group of workers took a break to eat lunch under the shade of acacia trees. Rice and food each person brought, were laid out under the forest canopy and ate together. 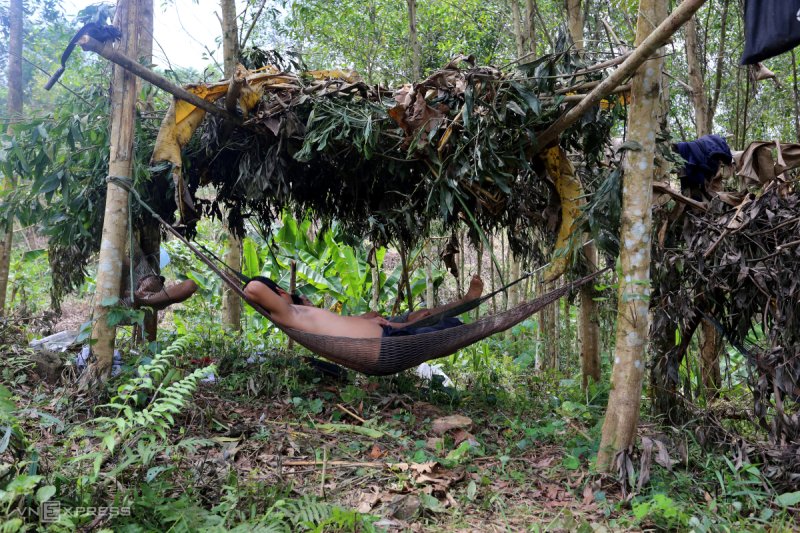 After eating, each person has a hammock attached to a tree to rest for an hour and then continue working. “The acacia garden is close to the road, so you can go back during the day, but in remote places, you can stay at a camp. There are places where trucks can’t get there, forcing the carrier to carry the walking on their shoulders,” said Luong Ta, 37 years old. Tien Loc commune, Tien Phuoc district (in a hammock outside) said. 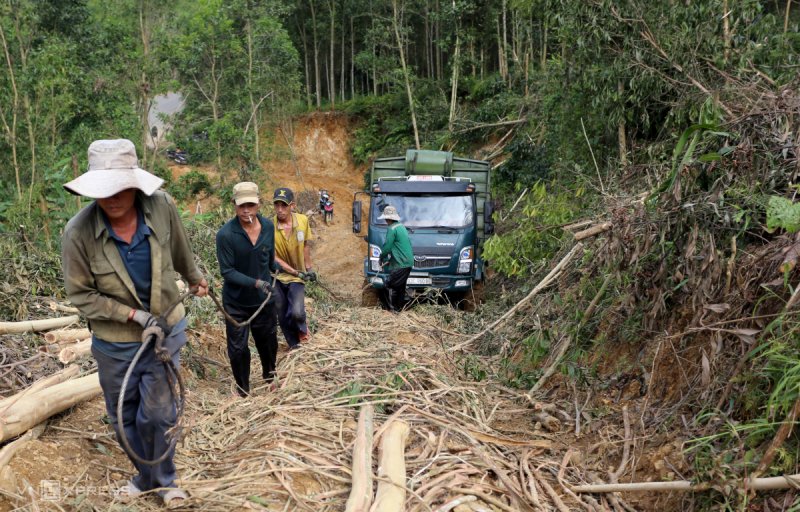 In the afternoon, the truck came to carry wood, but the steep, muddy road could not pass. The group of workers pulled the cable tie to the tree to pull the car up. 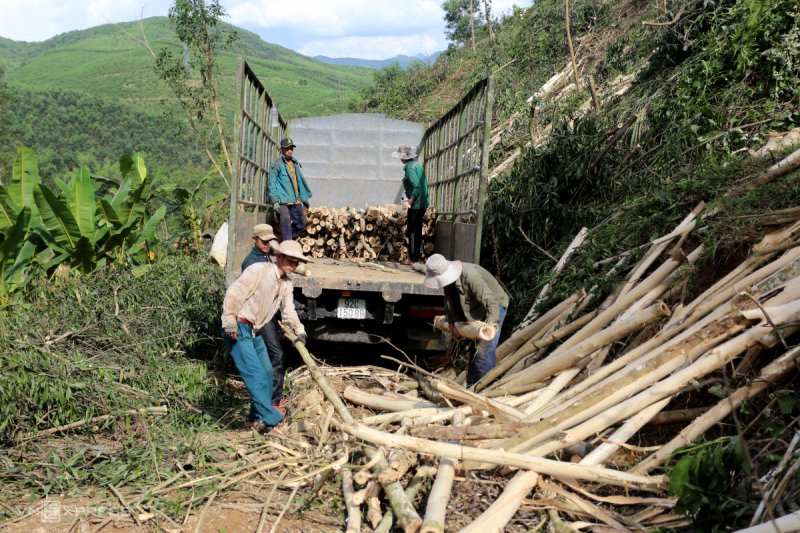 The group of workers loaded acacia wood on a truck to sell it for more than 1.4 million dongs a ton.

In one day, a group of 8 people worked 12 hours to harvest about 15 tons of acacia wood, receiving a salary of more than 3 million VND. After dividing the money among the saws, all 900,000 VND, each person deducts the cost of collecting 250,000 VND. “This profession is determined to be scratched, stepped on thorns, fell bleeding. Sometimes when loading wood into a truck, I was hit in the leg by the wood, and injured,” said Mr. Ho Duc Hung, 31 years old.