KHANH HOA – In the midst of the ocean waves, many temples in Truong Sa island district still ring bells like small villages in the mainland. 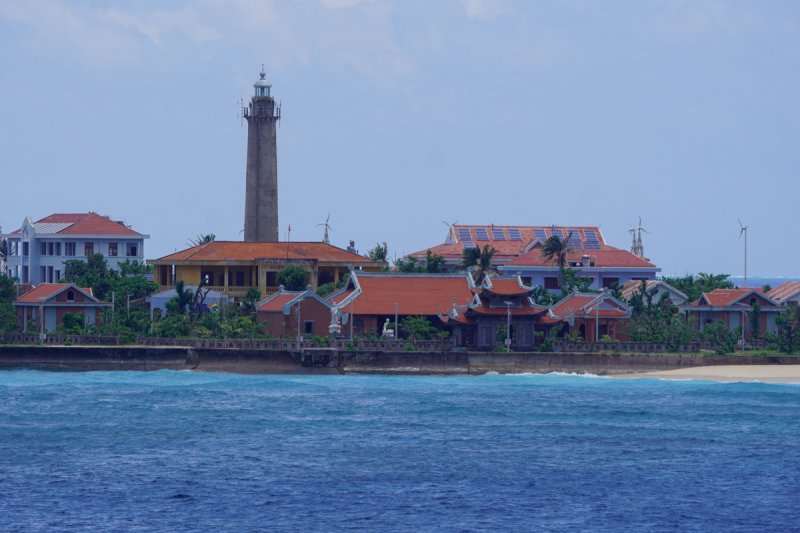 A corner of Song Tu Tay pagoda seen from the sea. 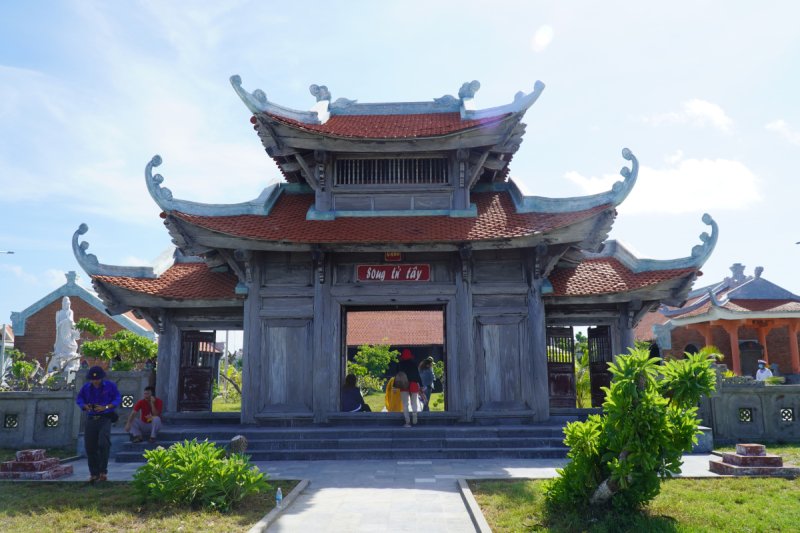 Song Tu Tay is considered the largest temple that has been embellished and repaired since 2007. The pagoda has a curved roof, tiled roof like the temples in the North. 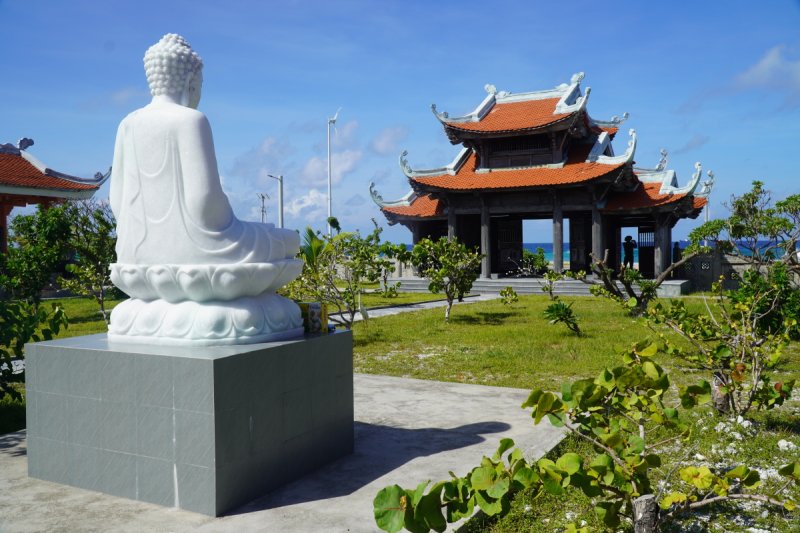 The statue of Guanyin Buddha is located in the campus overlooking the sea, as if protecting fishermen from the sea. This is one of the temples located next to the beach with beautiful white sand in Truong Sa island district. 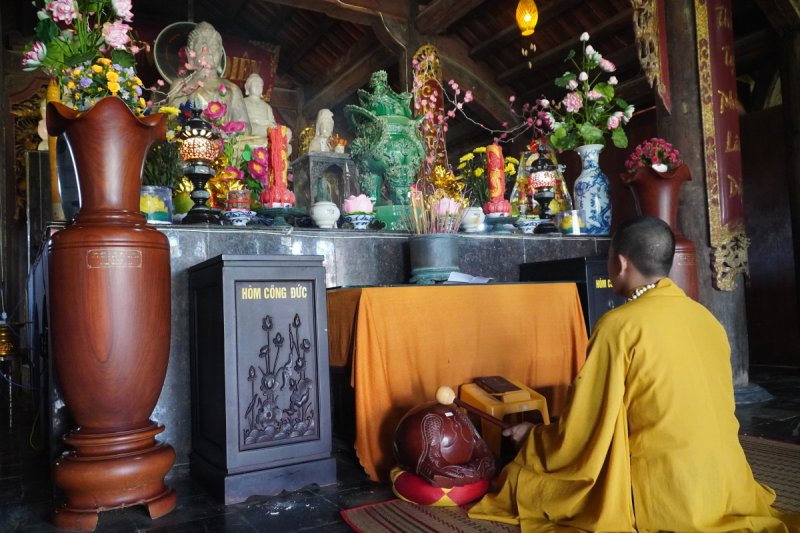 Song Tu Tay Pagoda was built in the traditional architectural style with a structure of one compartment, two wings, and a curved roof. The pagoda has three shrines, shrines and altars to worship heroes and martyrs.

The master teacher chants sutras in the main hall of Song Tu Tay pagoda. “The temple is a frequent place for soldiers and people living and working on the island, in addition, fishermen when entering the ship locks also often stop by to burn incense to pray,” said the temple’s presiding teacher. 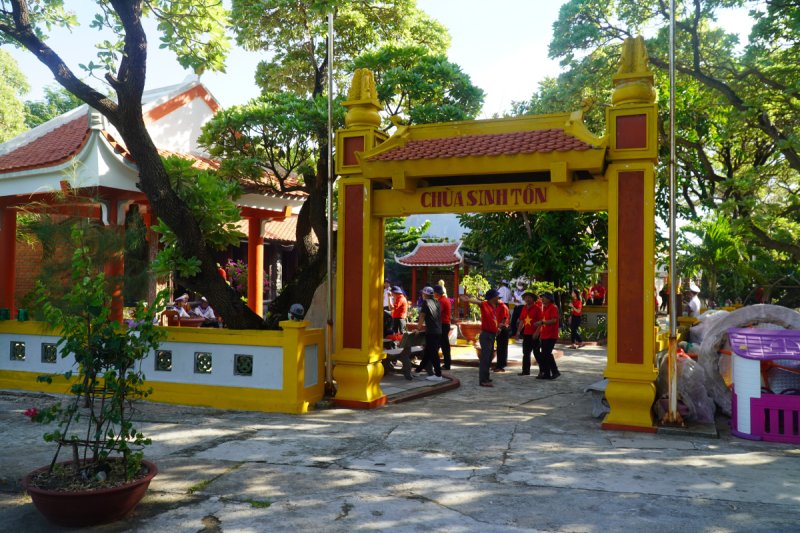 Unlike Song Tu Tay Pagoda, Sinh Ton Pagoda is lined with green trees with the architecture of the temple gate built of reinforced concrete.

The pagodas in Truong Sa, Song Tu Tay, Sinh Ton, Son Ca, Nam Yet, and Phan Vinh islands… no matter which direction they turn, they all face the East Sea and catch the earliest rays of sunlight at dawn. 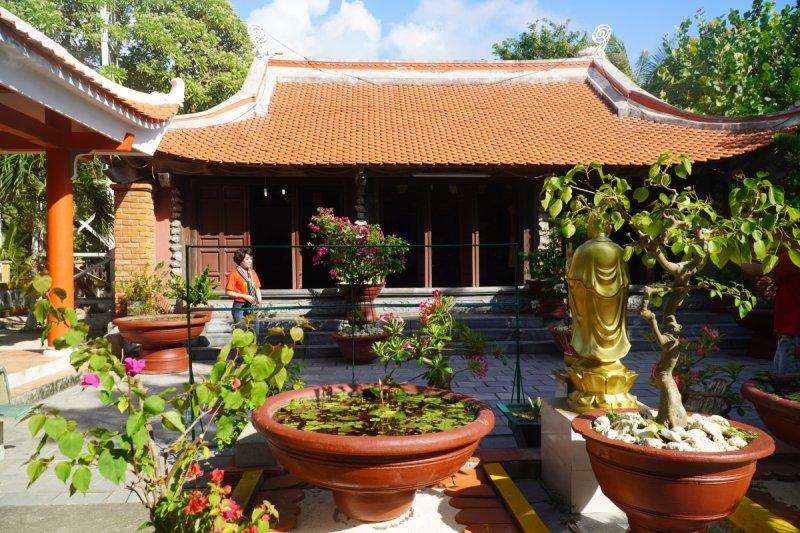 Sinh Ton Pagoda has a similar structure to Vietnamese temples with curved tiled roofs and large wooden pillars inside. The pagoda is a place to visit for business delegations from the mainland to visit island communes.

“Living on the island, every 1st or full moon day, my family goes to the pagoda to burn incense to pray for favorable weather, fishermen catch fish, and smiles are always on their lips,” said Nguyen Thi Duyen, a resident on the island. Survival Island, said. 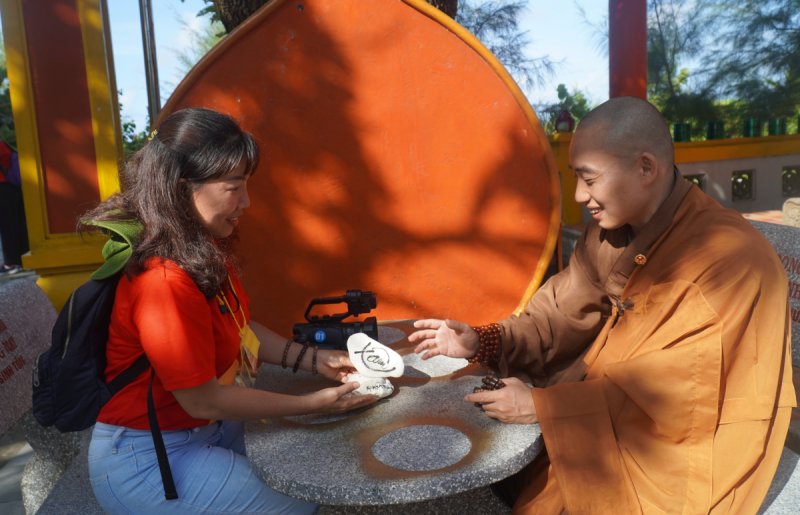 The master of Sinh Ton Pagoda gives souvenirs to guests from the mainland visiting the island, visiting the temple with a calligraphy couplet written by him. 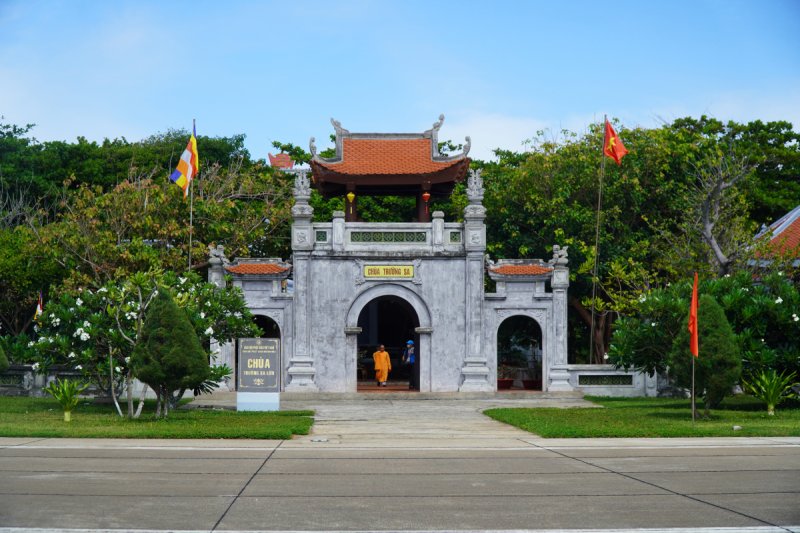 Located in the center of Truong Sa town is Truong Sa Lon Pagoda . In the middle of the sea, the temples are sacred places, affirming that Buddhism is present and accompanies the people of the sea and islands. Wherever Vietnamese people live, there is a spiritual culture. 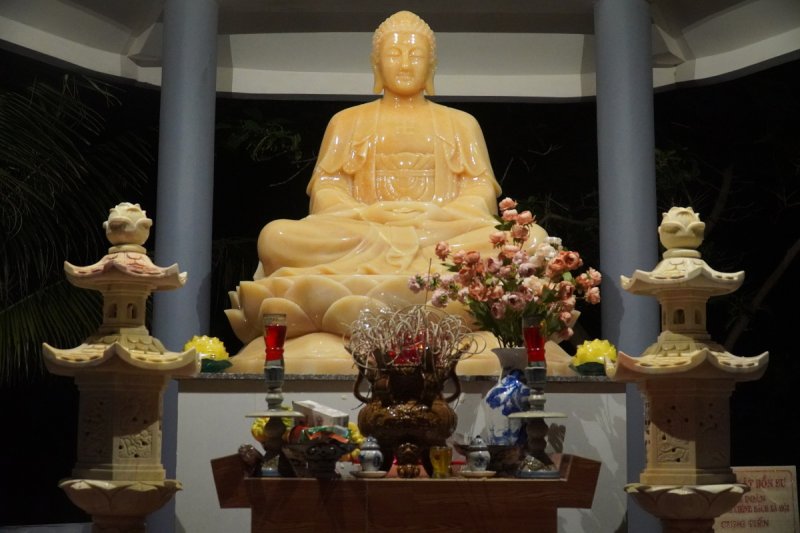 A large jade Buddha image is placed inside the temple grounds. At night, when the lights are lit, Truong Sa Pagoda is peaceful, a spiritual fulcrum for residents, fishermen fishing on traditional fishing grounds for generations. The island soldiers added confidence to firmly hold the gun to protect the border. 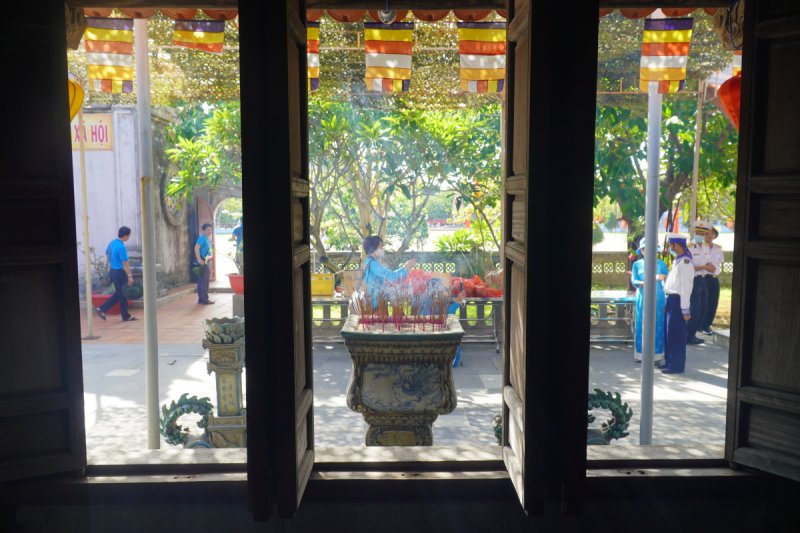 The large Truong Sa pagoda campus viewed from the main hall. The master of Truong Sa Lon Pagoda said that in addition to being a place to find peace, this temple is also a place to educate students in cultural traditions and connect beautiful human values. good direction.