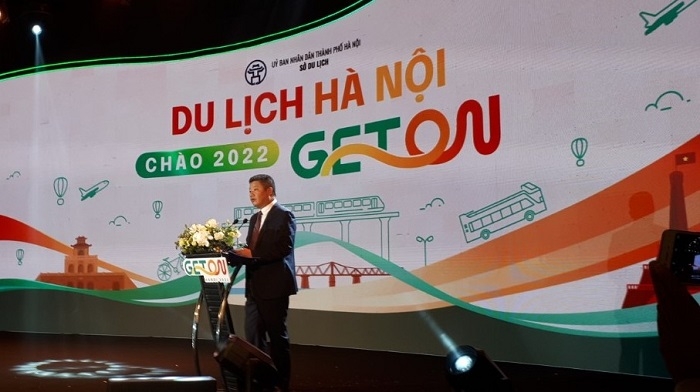 NDO - The Hanoi Municipal Department of Tourism held a ceremony at Ly Thai To Square by Hoan Kiem Lake on March 25 to launch the ‘Get on Hanoi’ tourism programme.

The event aims to foster tourism recovery in the capital city in the new normal state.

Addressing the launch ceremony, Vice Chairman of the Hanoi Municipal People's Committee Nguyen Manh Quyen said that, as one of the two largest tourist centres in the country, Hanoi plays a very important role in the development of tourism for the whole country and especially the northern region.

Following the Government’s guideline on economic recovery and development toward safe and flexible adaptation, and effective control of the COVID-19 pandemic, especially the official reopening of tourism from March 15, the Hanoi City authorities have actively adopted plans and solutions to recover tourism and welcome back international tourists under the new normal situation.

He called on Hanoi resident to raise their awareness on COVID-19 prevention and control while contributing to the promotion of the land, culture and people of the capital city to visitors from both at home and abroad.

The ‘Get on Hanoi’ tourism programme will feature an array of activities, including the screening of the short film ‘Colourful Hanoi’, the music and visual art event entitled ‘Charming Hanoi’, and a music show themed ‘Get on Hanoi - Night of Dreams).

The highlight of the festival is the ‘Colourful Hanoi’ hot air balloon festival, which is taking place in the longan garden area in Long Bien District, in the area of the Octagonal House, and on Dinh Tien Hoang Street, Hoan Kiem District. 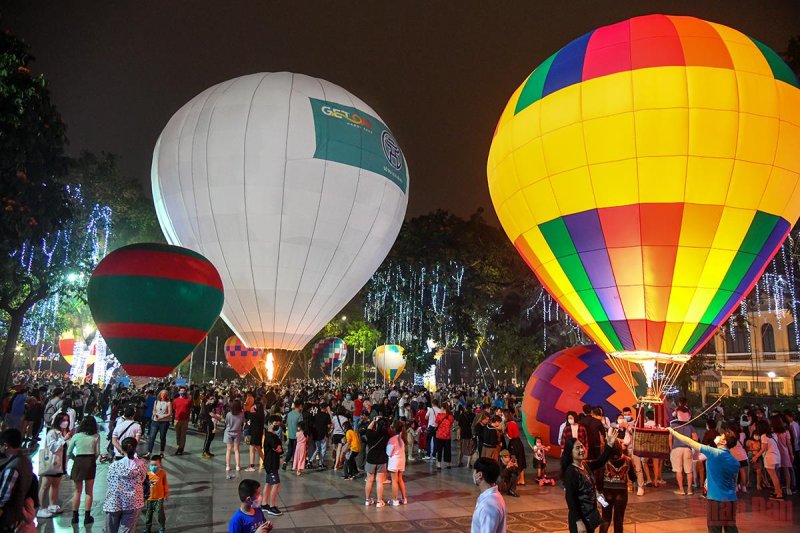