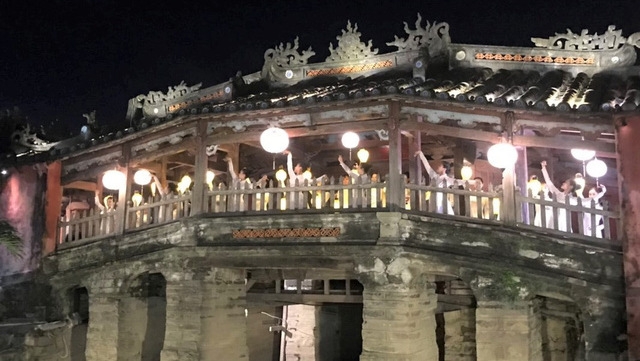 The images of relic sites, tourist attractions and traditional villages in Hoi An will be digitised. (Photo: VGP)

NDO – The images of the relic sites, tourist attractions and traditional villages in Hoi An ancient town, in the central province of Quang Nam, will be digitised using 3D images and 360 Space with narration in a local voice using artificial intelligence (AI) technology.

The information was released at a ceremony held on March 12 to announce the cooperation between the Centre for Culture - Sports and Radio – Television of Hoi An City and Bizverse in the promotion of the ancient town’s tourism via the Metaverse platform.

Through the Metaverse platform of Bizverse, Hoi An will be introduced to both domestic and international visitors through a new, unique and deep perspective, helping visitors choose experiences appropriate to them.

The modern technologies are expected to attract more domestic and foreign visitors to the ancient town in the near future.

Metaverse is a technology platform created using simulation technology. It has received attention from global experts.