Although it doesn’t take much time and money, growing melons is bringing high efficiency to farmers in Ha Trung district. Many families earn hundreds of millions of dong, so Tet is warm and full by planting this tree.

With about 50 hectares, each year, these localities provide hundreds of tons of melons for domestic and foreign markets. 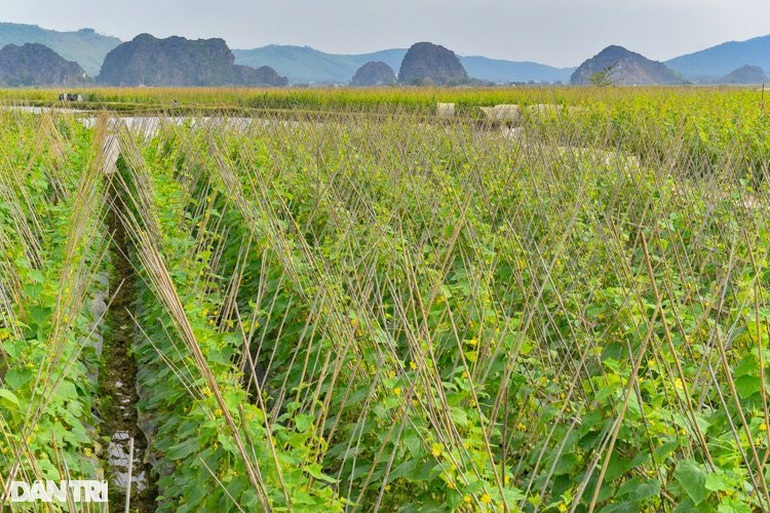 According to Mr. Huong, melon varieties grown in Ha Trung are all sticky melons, the fruit is not too big but very firm, fragrant, and chosen by many people. Growing cucumbers is low cost, only 4-5 million VND per acre. 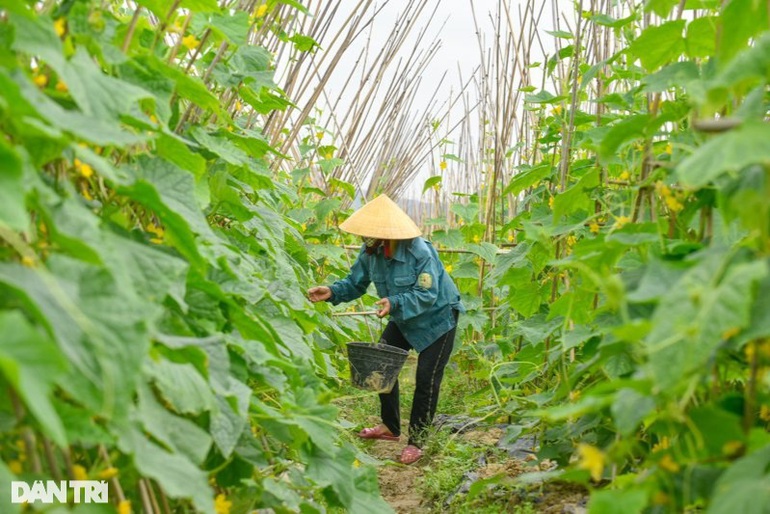 It takes only 45 days for farmers to harvest.

“I just need to pick and then traders come to my house to collect. If I work hard to transport it to the market, I can sell it for a higher price. At the end of September, I start planting, 45 days later to harvest, crop 2 makes pillows from May. 11 lunar calendar to sell on Tet holiday”, Mr. Huong added.

“Cucumber is a crop that is not difficult to grow but requires a lot of care. After plowing, drying the field, the soil will be chopped by machine and raised to high beds to avoid waterlogging. Each bed has a trench about 50-70cm wide. to store water for irrigation and convenient travel and care… When the young plants grow about 30-40cm, we have to put up a row of stakes to let the cucumbers wrap around. If there is no trellis, the melon will give very little fruit and If there is, it is usually very small,” shared Minh 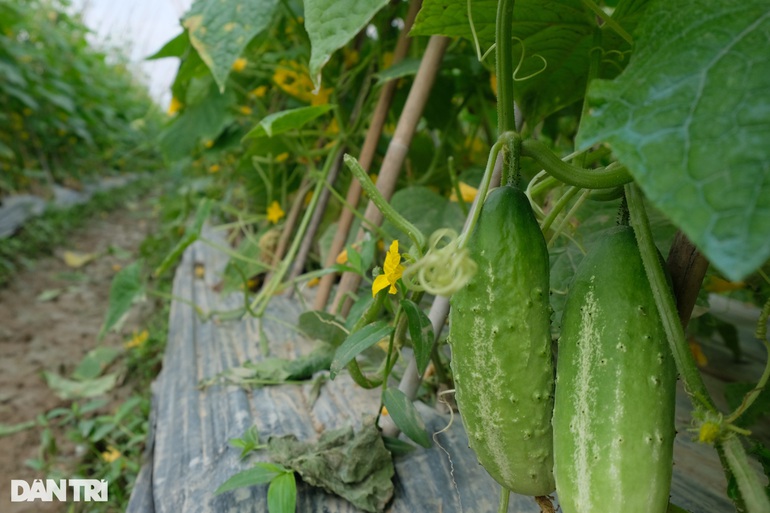 No need to spend a lot of time, just take care of it.

According to Mr. Trinh Xuan Hoang, Head of Bai An village, the whole village has 19 hectares of agricultural land, 17 hectares of land dedicated to growing melons. From 2005 to now, people have switched from growing rice to growing two crops of melon and one crop of corn. “Growing melons is 3-4 times more than growing rice, since planting melons, people’s lives have been improved, the whole village now has no poor households,” added Mr. Hoang.

According to Mr. Hoang Ky Hoi, Vice Chairman of Ha Linh Commune People’s Committee, in the past, this area only had a few households growing spontaneously, but realizing that the economic efficiency is high and the soil is suitable, now the whole commune has more than 300 households growing melons. the income per hectare of melons up to more than 400 million dongs.

Every year, hundreds of tons of melons are supplied to the market. Many households carry out the process of planting and caring for melons according to VietGap standards, in order to have clean products to supply to consumers. 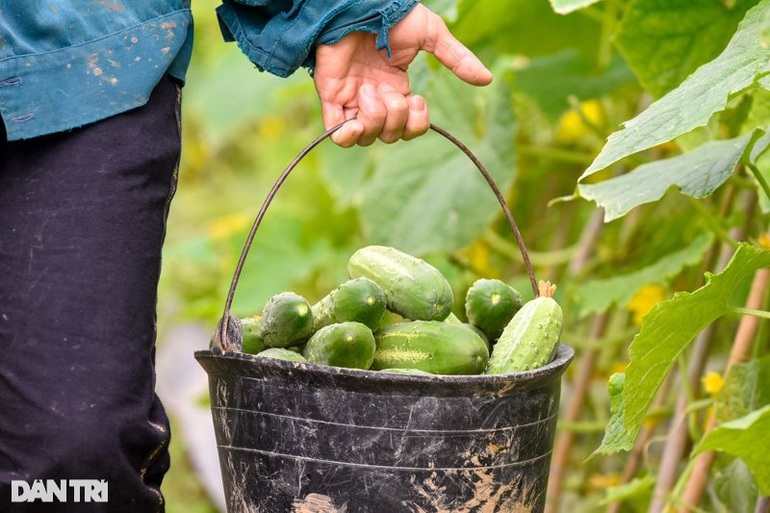 People grow pillows for 2 crops and sell them from now until Tet.

“In the past, rice was grown, the land was high, so the flood season ravaged people, causing them to continuously lose crops. After that, people switched to growing melons and saw a remarkable effect. Up to now, the whole commune has more than 70 hectares of land for growing melons.

Previously, many families did not have enough to eat. Now, thanks to growing melons, dozens of households in the commune have escaped poverty, with some families earning hundreds of millions of dong a year. The melons are harvested near Tet, so that the people’s Tet is also fuller”, said Vice Chairman of Ha Linh Commune People’s Committee excitedly.