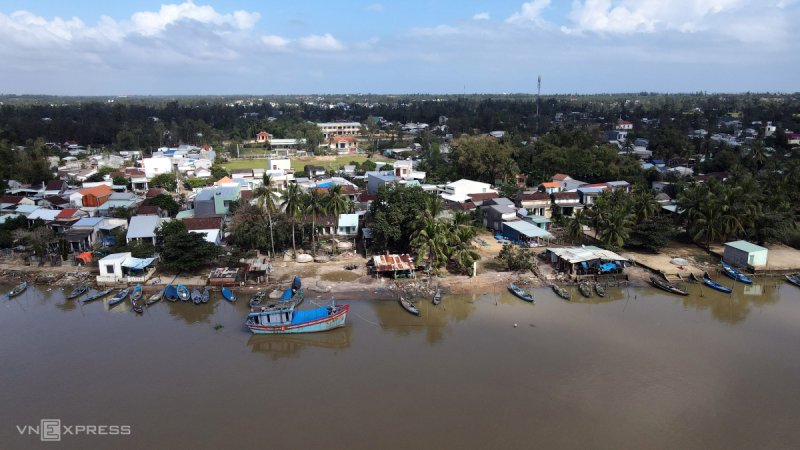 Located on the Truong Giang River, Tan Phu village has been exploiting and separating mussel intestines for nearly 200 years. The village has more than 350 households, nearly 150 households follow the profession of raking mussels to supply 5 furnaces to separate the intestines from the shell. 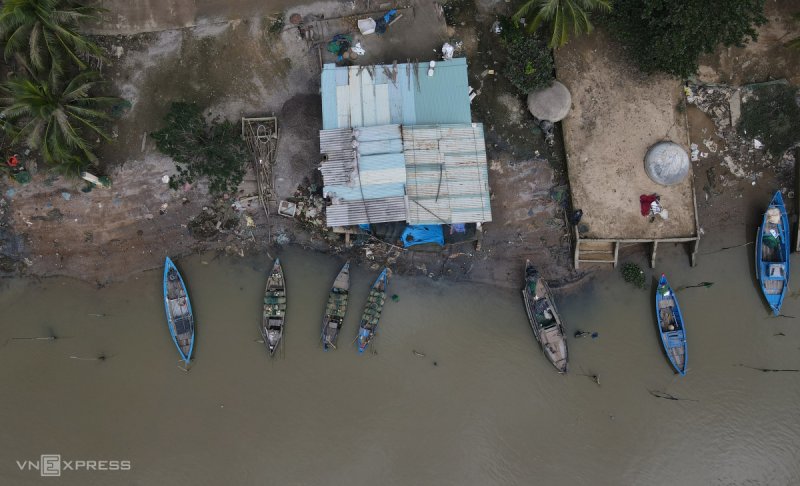 The mussel cooking furnace of Mrs. Nguyen Thi Xin, 53 years old, is about 50 m2 wide, is roofed with corrugated iron located close to the riverbank, has been operating for more than 10 years. 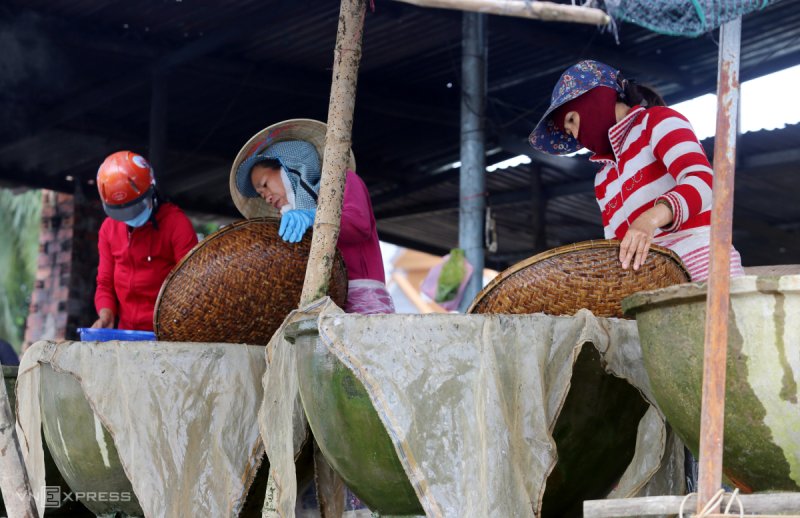 Ms. Xin’s kiln buys about 5 tons of mussels every day, with 5-10 people working. Mussel cooking is done all year round, except on rainy days. 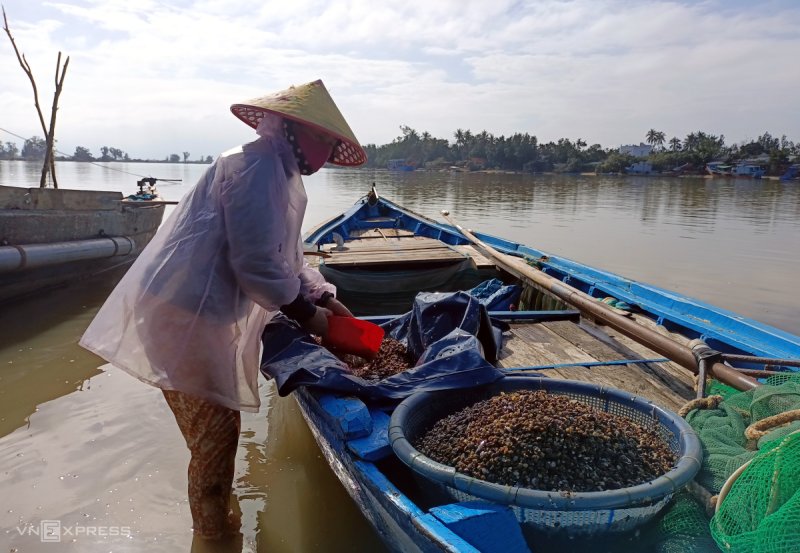 Every morning, boats in the village come ashore to transport mussels to the oven for sale. Mussels are purchased by ang (each weighing about 8 kg), priced from 40,000 to 50,000 VND. 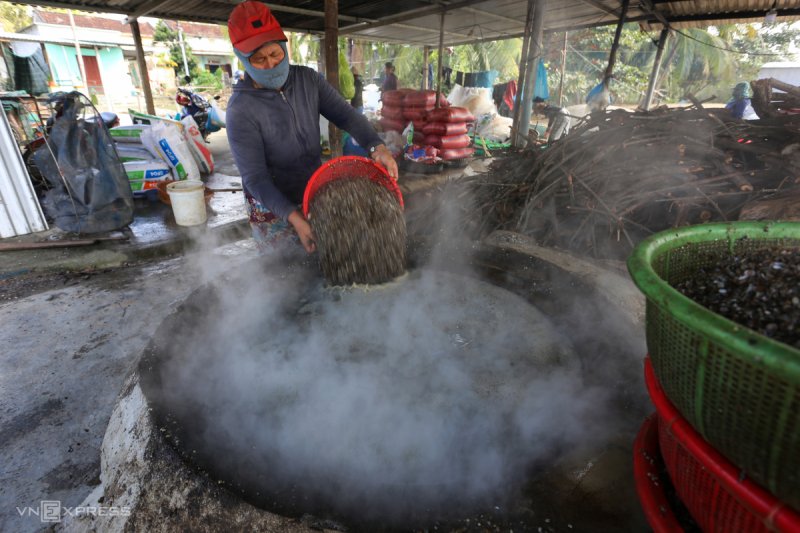 Mussels live in the mud containing a lot of dirt, to get the intestines and clean it through many stages. First, the worker must spray water to wash the mussels and then put them in the cooking pot. 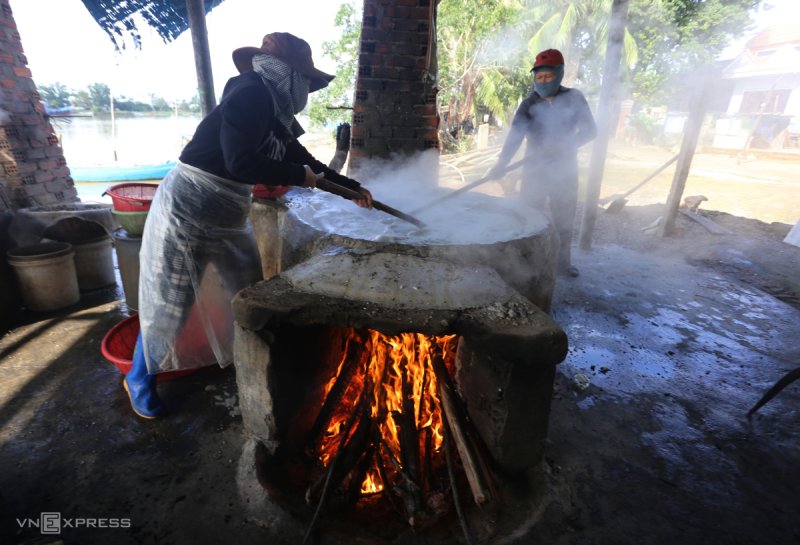 The mussels are put in a large cast-iron pot that can hold more than 100 kg, then boiled for about 10 minutes, then the two shells open. In order for the intestines to separate from the shell, it must be stirred continuously, Ms. Truong Thi Tuoc said. 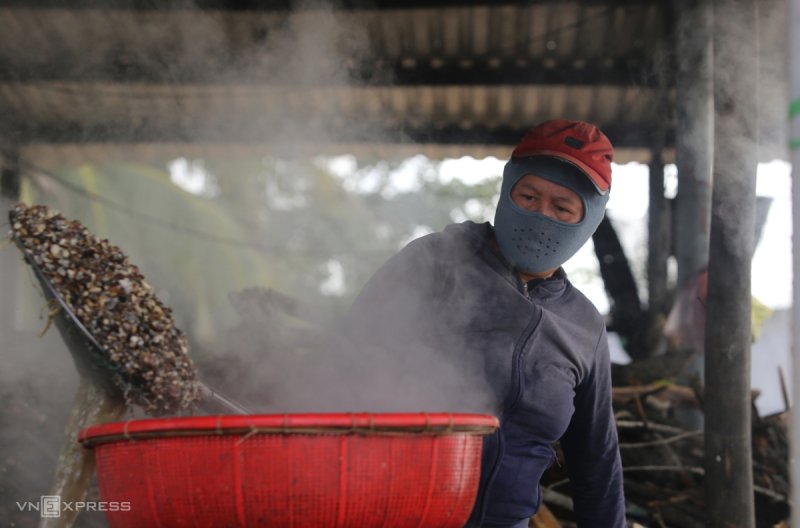 Working in an environment of smoke, hot fire, and hot steam, Ms. Tuoc wears a mask covering her face. Every day, she receives a salary of more than 200,000 VND. 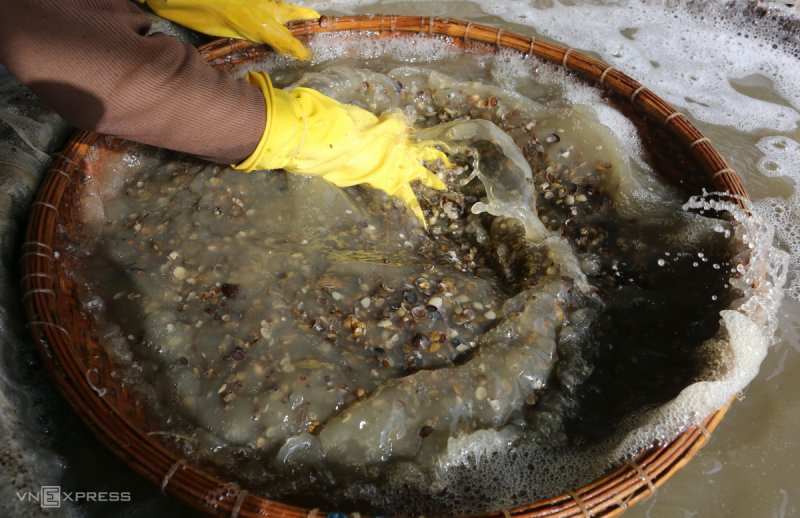 After boiling, the worker pours the mussels into the basket, puts them in a pot of water, and turns them over and over again. In the process of turning, the mussel intestine floats to the top and is ejected, while the shell is inside the basket. Often in contact with mussels, bottles, and sharp objects, everyone must wear protective rubber gloves. 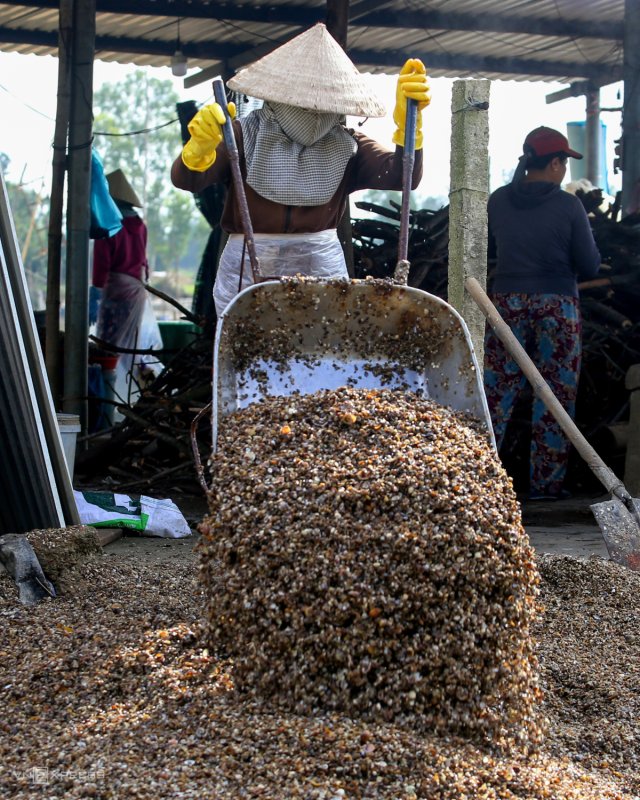 After separating the mussel intestines, Mrs. Ho Thi Tot collects and dumps the shells in the corner of the workshop. Shells are sold at 100,000 VND/m3 for lime kilns. 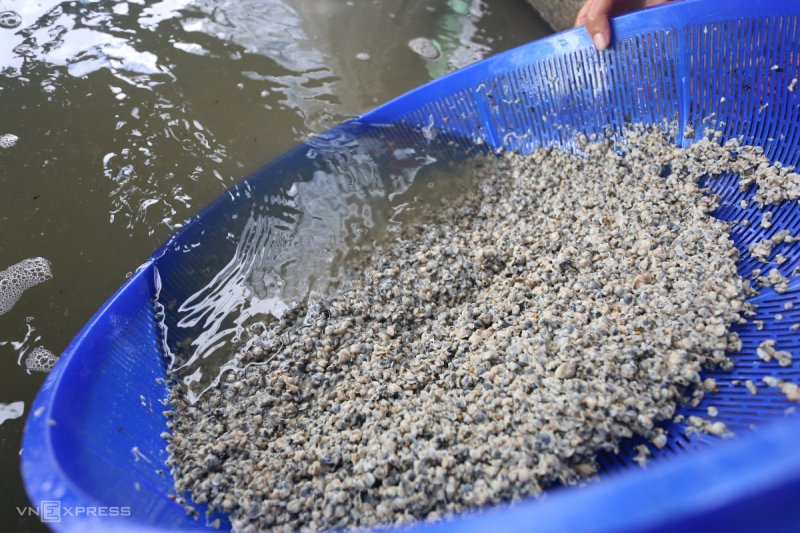 The newly split mussel intestine still contains a lot of dirt. To remove, the worker put in saltwater to stir many times. One ton of mussels after cooking gives about 80 kg of intestines. 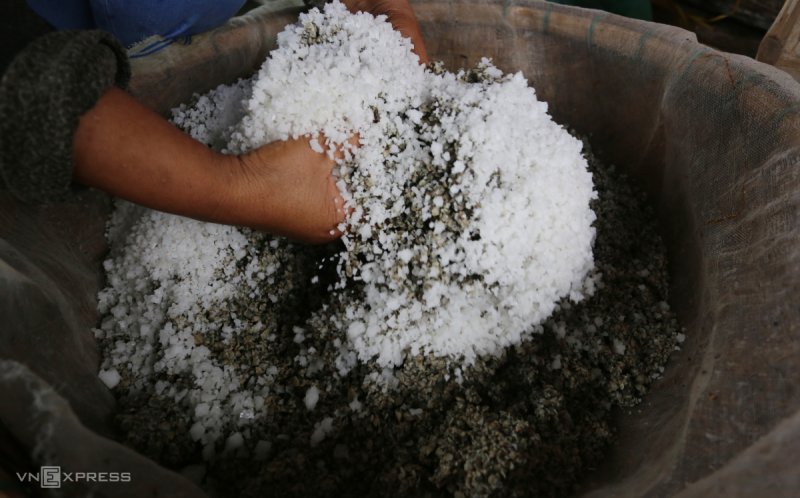 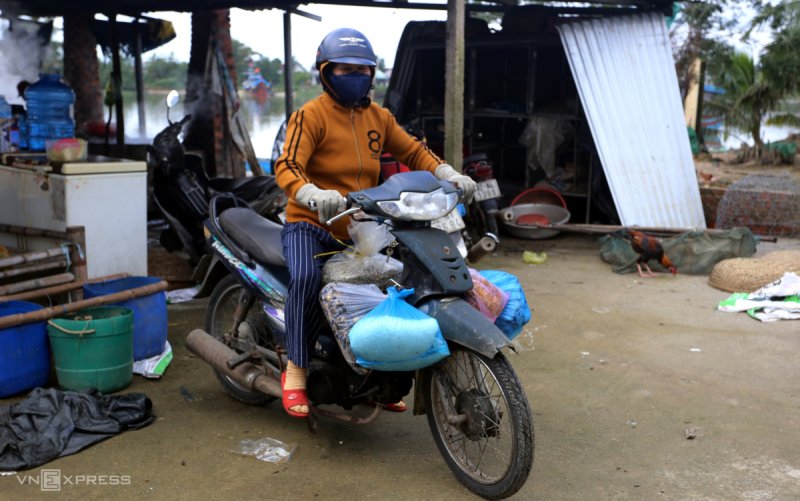