Coming to Tram Chim National Park, visitors can not only mingle with nature but also experience with “farmers” casting fishing nets. Especially watching the scene of “farmers” unloading and catching field mice is very strange.

Arriving at Tram Chim National Park (Tam Nong district, Dong Thap province), visitors are excited about a motorboat tour around the 2,000th Ramsar site in the world. Visitors are spoiled for watching storks flying over the immense green melaleuca trees…

For tourists who like to be farmers, they will be guided to join the “farmers” in Tram Chim National Park to the fields to fish, release nets, etc. to catch fish with great pleasure.

In addition, when visitors arrive in Tram Chim National Park, visitors also witness a very strange scene of catching field mice. Although many tourists come to see, but few visitors participate in this type of experience because of fear of rat bites.

Mr. Nguyen Danh Nhan – one of the staff who implements the method of catching field mice in Tram Chim National Park, said that rat poison is a form of catching hamsters of people in the West during the flood season. At that time, people choose high mounds, then take tree branches and pile them up, using bait to lure mice in.

According to Mr. Nhan, when seeing rats in many places (about 20 – 30 days), people use nets to surround the pile of scrubs, then unload the mice to catch them. Depending on each pile of scrub, people can catch 2-5 kg ​​of rats.

A tourist from Ho Chi Minh City excitedly said that this was the first time he witnessed the unique way of catching field mice. What I like best is when the last branches are unloaded, the rats run around wildly, and the staff catches them one by one. 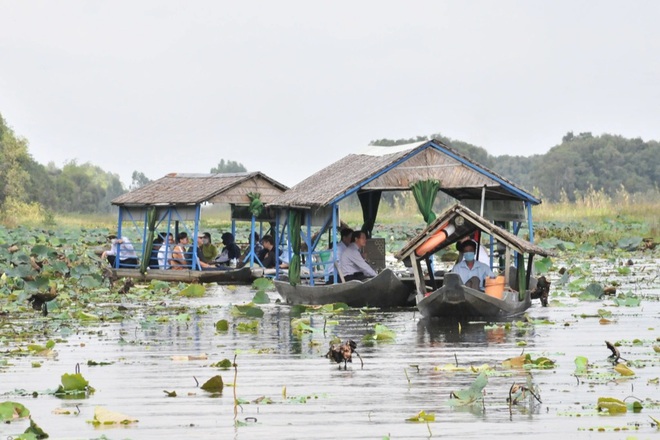 Although interested in this rat-catching substance, many tourists are horrified when they witness “farmers” killing rats by hitting the mouse’s head on the ground. According to tourists, it is enough to just catch mice and put them in the cage. The mouse killing scene should be left to the kitchen department.

When it comes to cooking, visitors to Tram Chim National Park are impressed with many delicious dishes, such as: snakehead fish grilled with lotus leaves, crazy cotton shrimp salad, braised perch, field eel cooked in sour soup… Every dish is delicious because the fish here is always fresh.

The unique way of scrubs to catch hamsters in Tram Chim National Park: 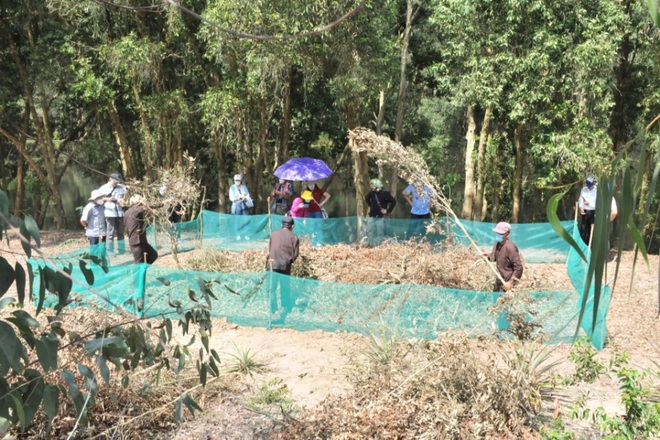 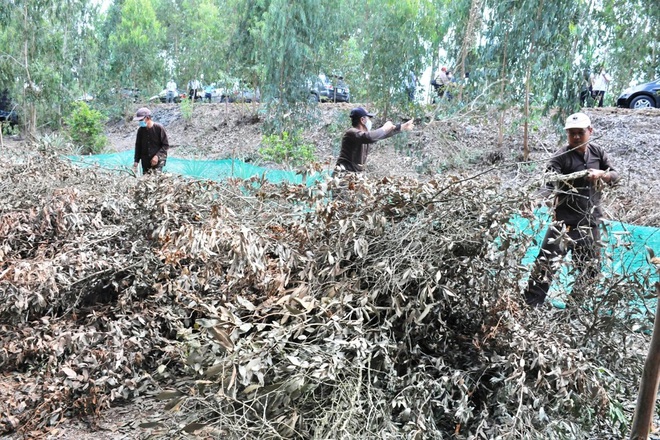 When they see mice in, people use nets to surround them so that the mice don’t run out, then unload the scrub to catch them (Photo: Nguyen Hanh). 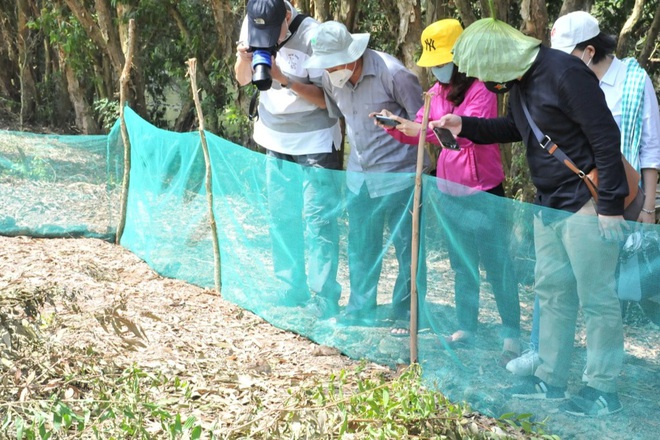 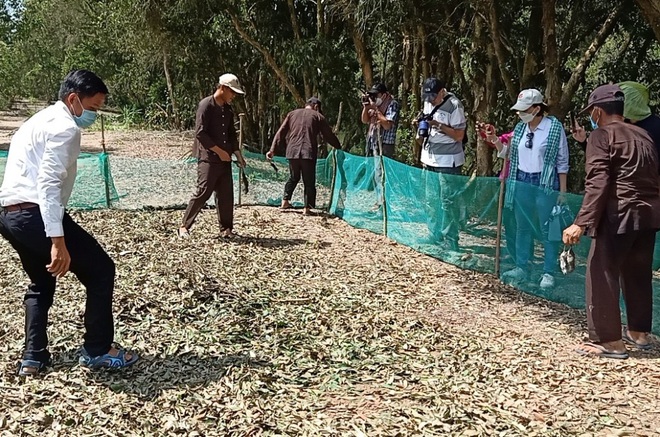 When all the scrubs were taken, the “farmers” began to catch mice… (Photo: Nguyen Hanh) 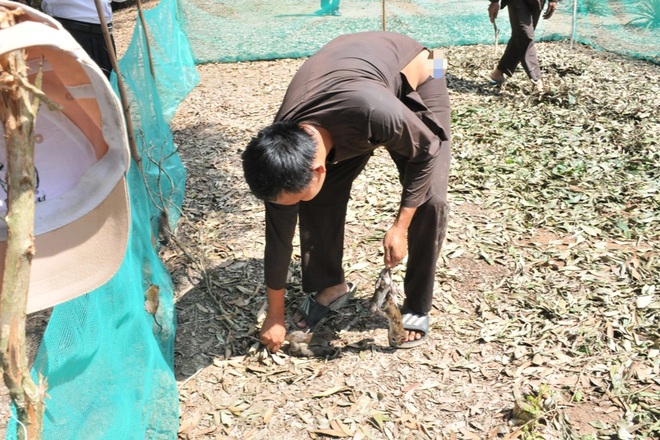 Due to familiarity, the “farmers” – staff at Tram Chim National Park catch mice by hand without using any tools (Photo: Nguyen Hanh). 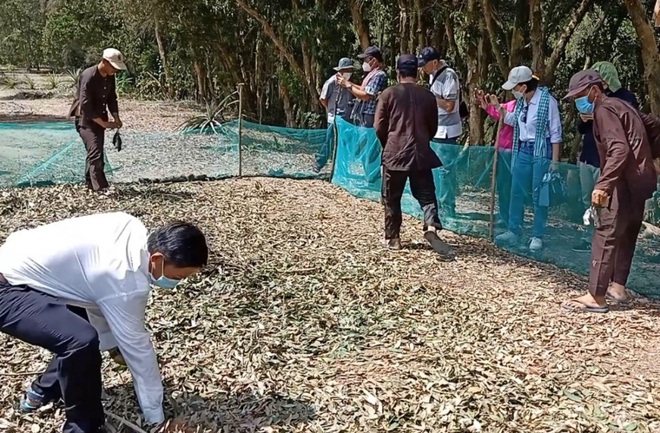 Du is very interested in the game of unpacking and catching mice, but few tourists participate in the experience (Photo: Nguyen Hanh) 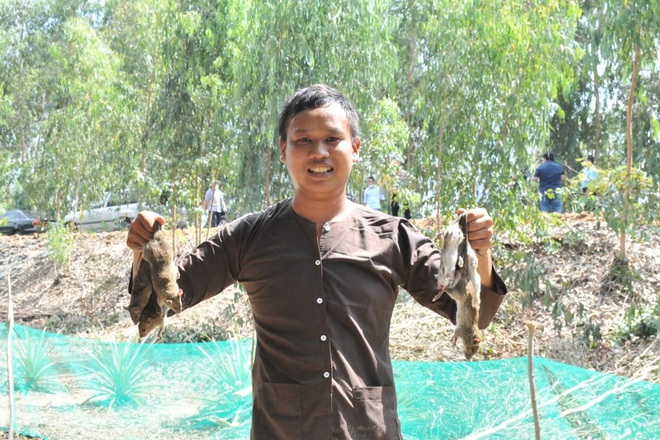 Mr. Nguyen Danh Nhan said that depending on each pile of rubs, you can catch 2 -5kg of rats. With hamsters, after cleaning can be processed many dishes, the best is still grilled or fried… (Photo: Nguyen Hanh). Follow Dan Tri
RELATED NEWS
TAG:
Other news