Dumplings, not pho or bun cha, are the first names honored on Lonely Planet’s list. The world-famous travel guide Lonely Planet has just listed the best street food in Vietnam when it released the book Eat Vietnam. Topping this list is the bread bag . Lonely Planet described this dish: “It is a savory steamed bun. The filling can be minced pork mixed with onions, mushrooms and other vegetables. More expensive types will have quail eggs, chicken. Remember not to forget to remove the paper lining the bottom of the cake when eating.” Photo: Hoang Le Quyen The second name mentioned is banh beo . A piece of white cake is greased with a layer of fat and then placed on a plate. Shrimp lice are sauteed on a pan until the desired golden color, sprinkled on top. Finally, the fat is added last. In Vietnam, there are many versions of banh beo, associated with places like Hue, Nghe An, Quang Binh, Quang Ngai, Hai Phong… Photo: talithaeatsalot/Instagram 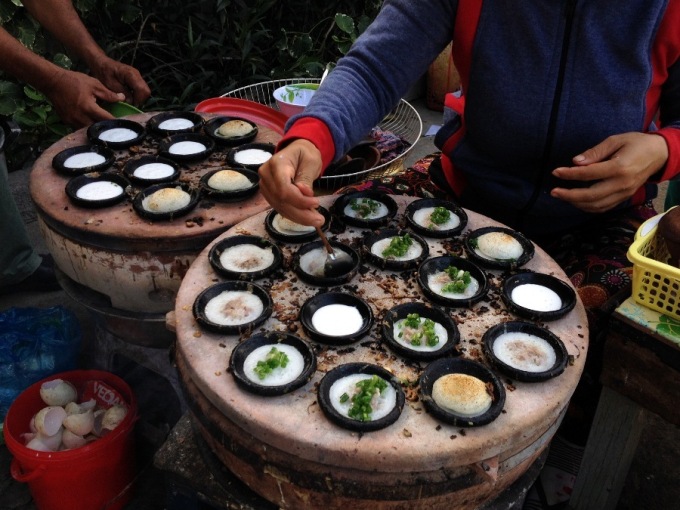 From a simple dish of the Cham people , today’s banh can is no longer a unique dish of Phan Rang (Ninh Thuan) but has become an attractive specialty, and many foreign tourists are also quite “addicted” to this dish. . The pure white cake, hot, filled with eggs, meat and shrimp… Depending on the taste of the person who enjoys it, the cake is taken when it’s just cooked to be immediately dropped into a bowl of finely chopped scallions. Photo: Le Bich 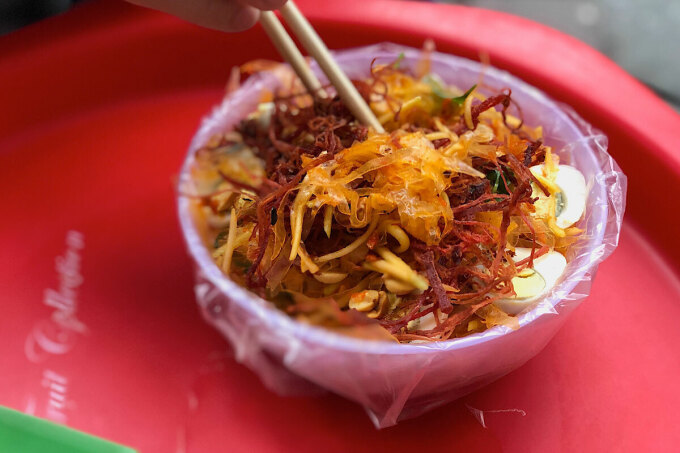 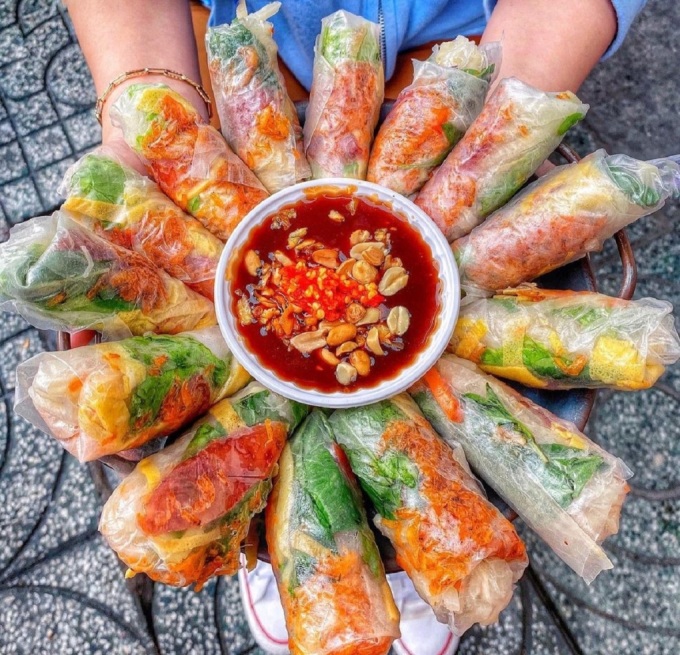 Bo Bia is also a borrowed word from the Hokkien Chinese to name the dish, not because the roll contains beef inside. Hanoi and the northern provinces often eat sweet beef, including soft and chewy rice paper made from flour, fatty grated coconut, crispy malt candy bars, and black sesame seeds. Meanwhile, diners in Saigon and the southern provinces are often familiar with salty beef (pictured), with the filling often having sausages, omelets, carrots, lettuce, cassava roots, dried shrimp, herbs. .. Photo: homnay_tuiangi/Instagram 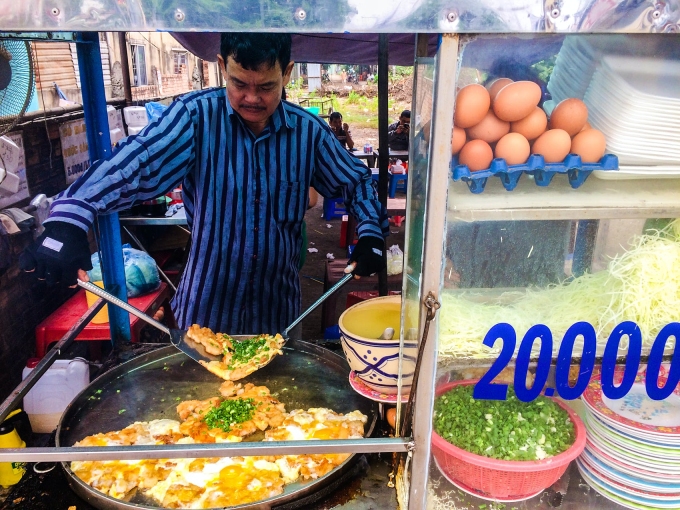 Fried dough cake attracts diners by its hot crispy outer shell, soft and greasy inside. Cake flour is what determines the deliciousness of the dish. The dough after frying must be soft but not mushy, so it won’t harden for a long time. In addition to the two main ingredients, flour and eggs, the dish served also has green onions and fat. Photo: Lonely Planet 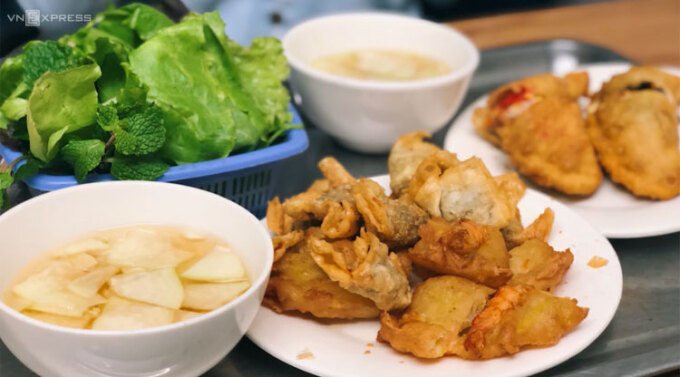 The next dish mentioned is dumplings, with the introduction: “This attractive dish is filled with shrimp, pork or shallot leaves. Some places are steamed, some places will be deep-fried, served with sweet and sour dipping sauce. , chili sauce and raw vegetables, pickles Photo: Ngan Duong 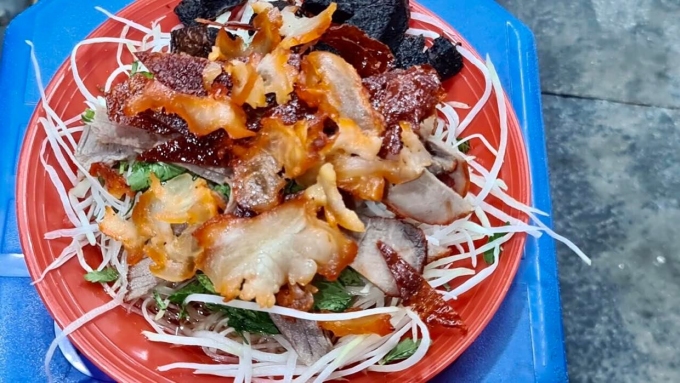 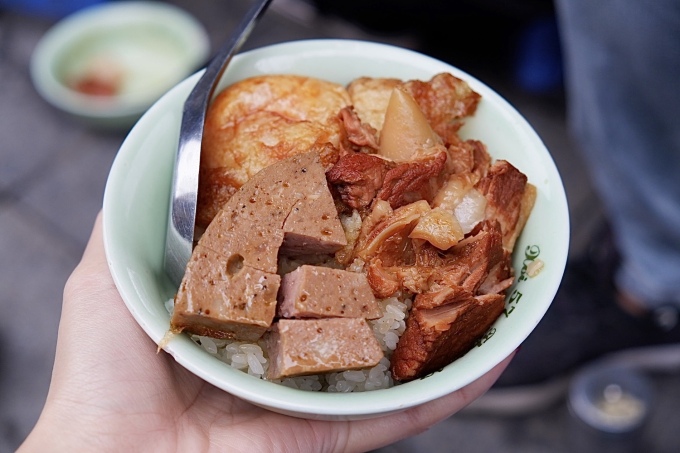 Sticky rice is the next dish mentioned. Hanoians often eat sticky rice with fried rice or cha, white sticky rice with braised meat, sausages… Saigon people choose to eat with char siu, roasted chicken, quail eggs…
Mornings on normal days, driving around. Around the streets of Hanoi, people see no shortage of sidewalk stalls and stalls. Sitting close to sitting on low plastic chairs, diners can smell the faint smell of sticky rice, following the high smoke emanating from the pots, or baskets, which are covered with a thin layer of cloth to keep them hot. Photo: Lan Huong

Anh Minh (According to Lonely Planet )