HA TINH – Scallops are white on the coast of Loc Ha district, piled up in many places. Hundreds of people invite each other to pick up and sell, collecting 1-3 million VND per day. 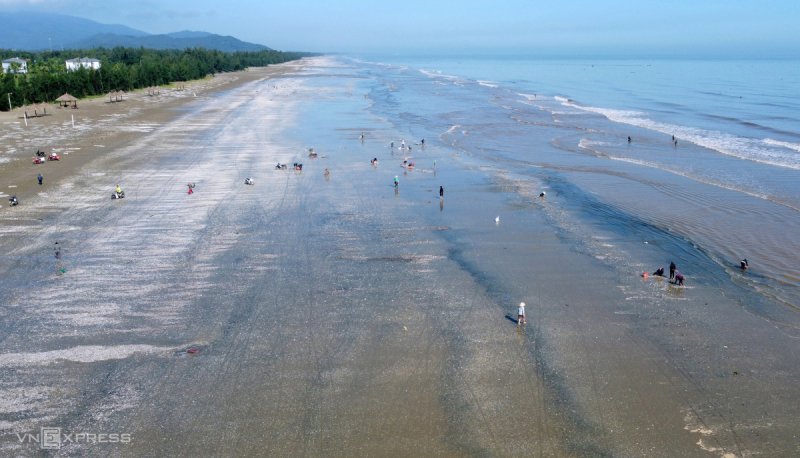 On the morning of October 20, along Xuan Hai beach with a length of more than 2 km, passing through Loc Ha town and Thinh Loc commune, Loc Ha district, hundreds of people carried rackets, plastic buckets, bags… to pick up feather scallops.

Mr. Phan Van Thanh, Deputy Head of Agriculture and Rural Development Department of Loc Ha district, said that tons of shellfish washed ashore took place 3 days ago. In the past, sometimes after floods or storms, the area has recorded shellfish and some other seafood washed ashore, but the number is small.

“Recently, the area was affected by Typhoon Kompasu and heavy rains. This species lives off the coast, maybe today due to rough seas, it migrated elsewhere to live and was washed ashore by waves,” said Mr. Thanh. speak. 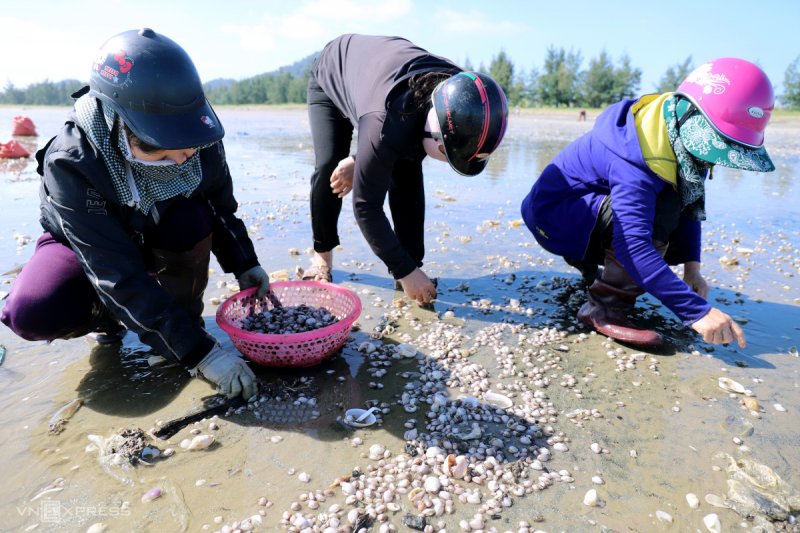 Many people and traders in Thach Ha, Nghi Xuan, Cam Xuyen districts… ride motorbikes and carry tools to Xuan Hai beach to pick up shellfish. They go in groups of 3 to 5 people. 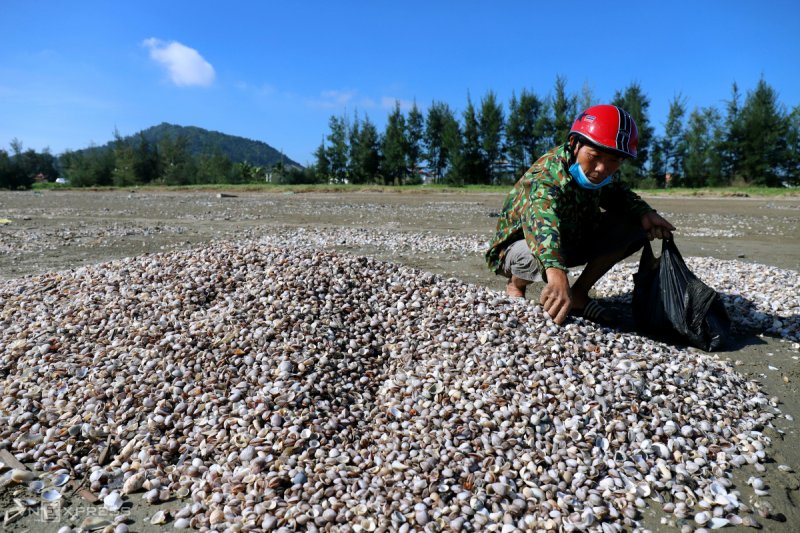 Mr. Phan Van Vuong, 51 years old, from Thach Bang Commune, squatted down to pick live scallops and put them in a plastic bag. “One day I picked up 60 kg. Some large families use trolleys carrying tons of tons,” said Mr. Vuong. 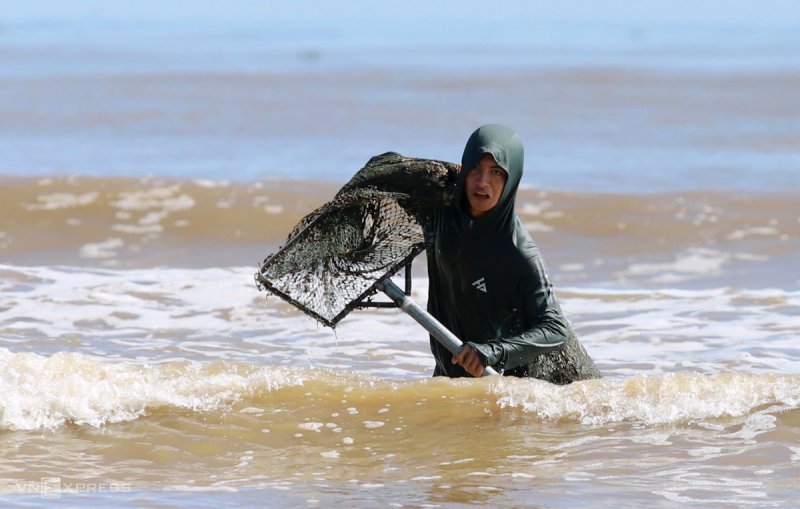 Some fishermen use 1.7 m long iron racquets, attach 2 m long nets to the sea about 50 to 70 cm deep to catch shellfish. After 10 minutes, they pulled a batch. 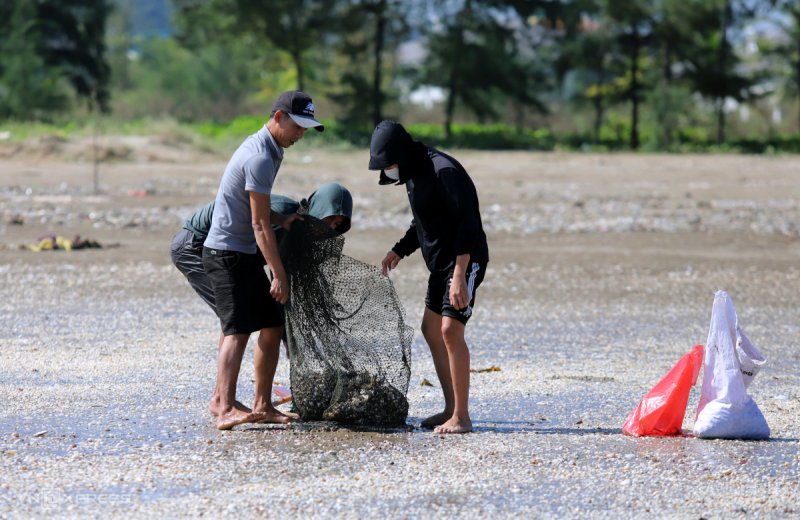 When pulling the net to shore, the people in the support group dumped the shells. 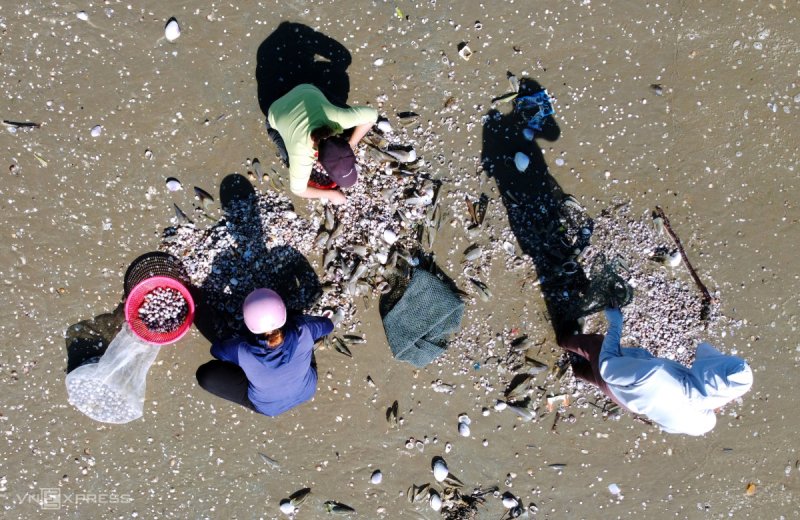 Women are tasked with sorting. Scallops and other molluscs are mixed together, people have to pick up the live ones and put them in baskets or net bags. About 10 minutes, they sorted a batch of oysters weighing 20 kg. 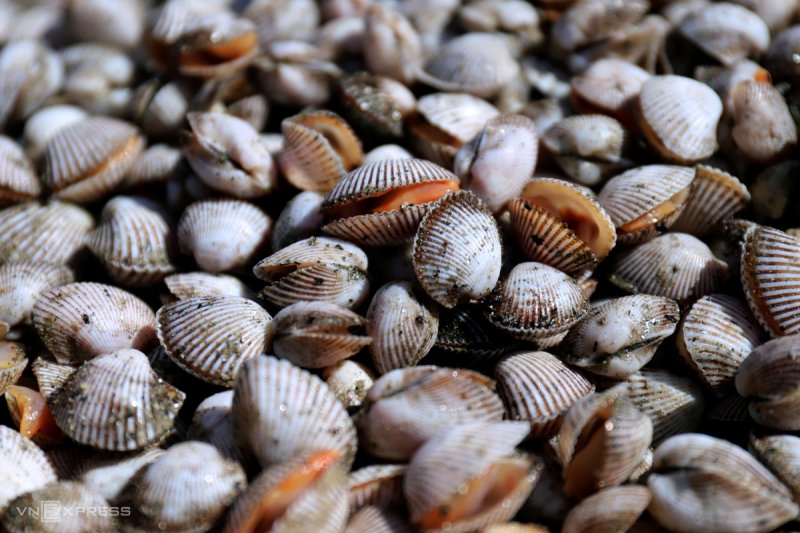 Scallops are picked and picked up from the sea alive, the shells are always open and the intestines can be seen. 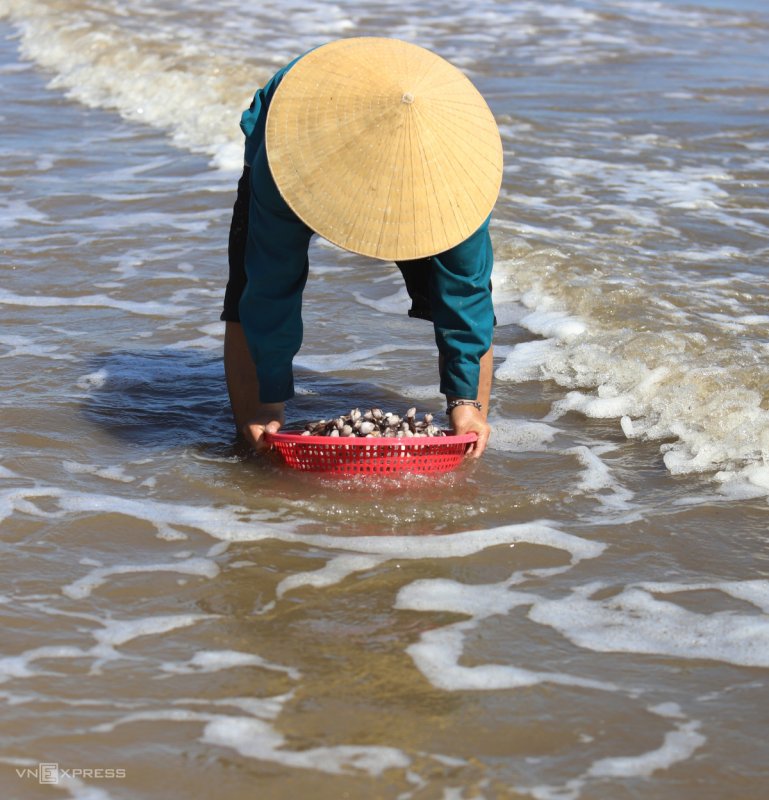 After sorting and picking, the clams are put in a basket, taken to the sea and dipped many times to drift sand. Mr. Nguyen Dinh Dang (34 years old) in Thach Kim commune said that since October 19, he has caught more than 2 tons of oysters, earning about 2 million VND.

“It’s not often that there is a ‘fortune’ like this, everyone is excited, focusing on workers to earn more income,” Dang said. 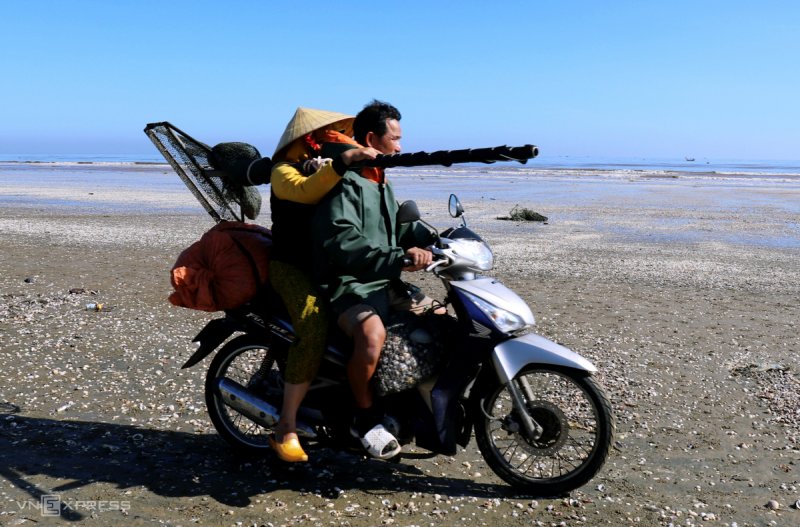 Near noon on October 20, the couple from Thach Kim commune drove a motorbike to carry racquets and more than 100 kg of cockles to take home for preliminary processing.

On average, on this occasion, each person going to the sea catches from 50 kg to more than 100 kg of shellfish. Many large family members caught 3-4 tons. 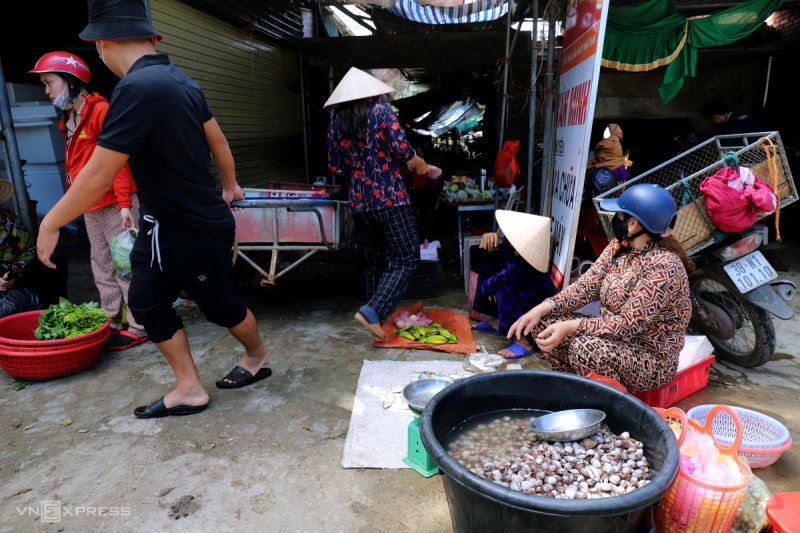 A batch of shellfish was sold at the market in Cuong Gian commune, Nghi Xuan district, at noon on October 20.

From the morning of October 16 to noon on October 17, heavy rain occurred in Ha Tinh, flooding many places and dividing them locally. By now, the rain has stopped and the water has receded. Follow vnexpress