Home / Travel
Melts in front of the set of photos with the shadow of the parents with salt and “pepper hair”
duonghanhnguyen 5-10-2021, 10:43

Recently, netizens dropped their hearts constantly before a set of photos recording the simple life of a gray-haired couple in the West of the river.

According to Thanh Nien’s research , the character in the picture is the parents of Mr. Do Van Tinh (29 years old, H.An Minh, Kien Giang). As the person who “sneaks” and shares those special moments on social networks, he feels his parents are “in love” as his name. 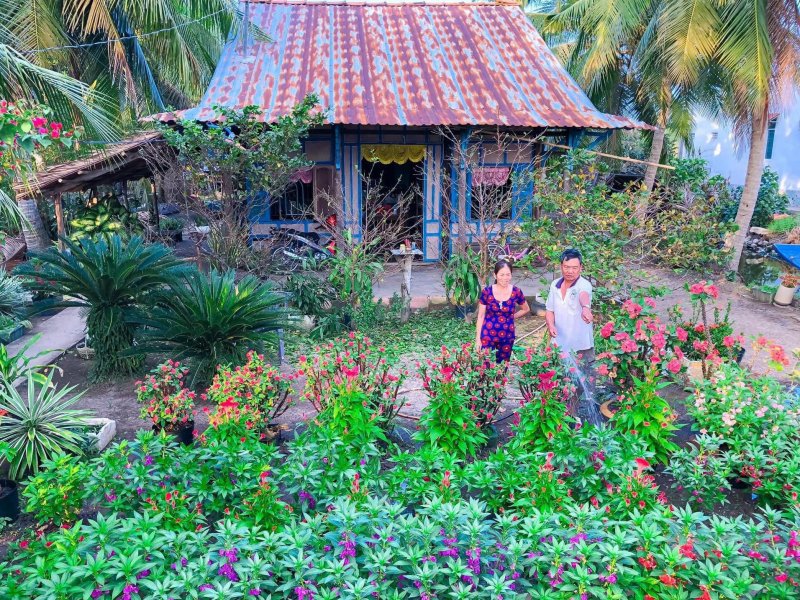 The yard filled with flowers and the small house of Mr. Tinh’s family

U.60 has everything together

In early August, Mr. Tinh returned home to avoid the epidemic due to the influence of Covid-19. Thanks to that, the son had the opportunity to preserve the love of his parents through photos. In that peaceful village picture, the simplicity and bright smile of the salt-and-pepper-haired couple are what make people fall in love. Scenes of going to the fields to pluck rice seedlings, rowing boats to chop nipa coconuts, unloading rice paddies to catch shrimps, harvesting vegetables, molding water-based cakes, pouring Banh Khot… just like that appear natural and rustic.

After 2 months at home, Mr. Tinh remembers the most is that on a rainy day, he invited his parents to play the game “shack house”. The simple hut was built with only a small blanket. Inside, the 3 members posed enough to take pictures, everyone was smiling happily.

“At first, I thought that my father would not agree because he criticized the child’s play. Unexpectedly, when I took a photo with my mother alone, my father still enjoyed it. The game takes place for a while, but it brings back so many childhood memories, it makes me really happy,” said Tinh excitedly about his favorite photo. 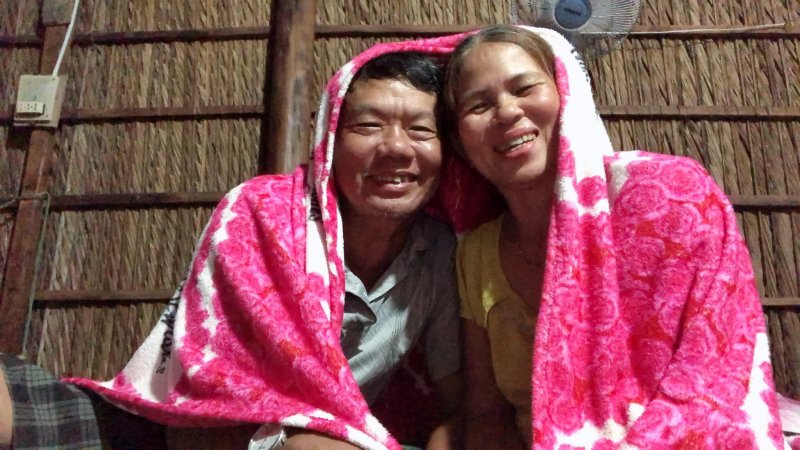 Tinh’s parents are about to turn 60. Although they have all 4 children, everyone jokes that they are a “son and wife” because their 3 daughters are already married. The youngest son, Tinh, works in Rach Gia City (Kien Giang), about 60 km from home.

Every month, he visits home about 3 times and only sleeps 1-2 nights. The son proudly said: “My parents are genuine farmers, they do everything together. The father is especially hospitable, and the mother is kind, a good cook, and hard working.” Although the farm work is hard, Ms. Lan and her husband are always happy because “having enough to eat and wear is satisfied”.NVCC

“I just want the whole family to be warm”

Many Facebook users are no strangers to Do Van Tinh, an emotional guy who often shares sweet family moments. All are included in the album ” Small family – Happiness is good”. Many times, Mr. Tinh received a message with the content: “Looking at these pictures makes me feel homesick, so please share more”. Seeing his story bring positive emotions to everyone, his happiness was doubled. 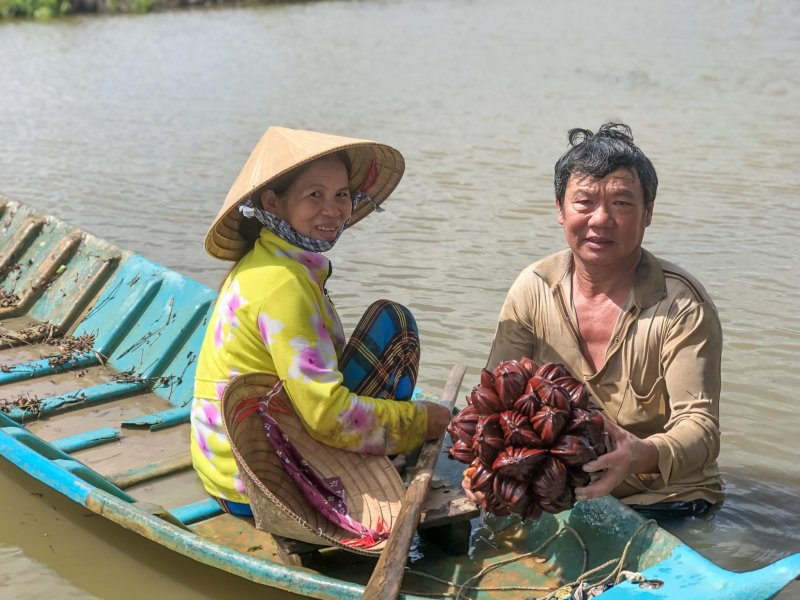 U.60 couple in Kien Giang row a boat to unload rice and catch shrimp

Sharing with Thanh Nien, Mrs. Nguyen Thi Lan (58 years old, Tinh’s mother) said that she and her husband are from the same hometown, the same age. 37 years ago, two people hired to harvest rice met, fell in love, and married. It is difficult for husband and wife to live together when “the rice is not good, the soup is not sweet”. But after all, grandparents still have each other and love each other like when they first met.

“My husband is a gentle, aromatic, hardworking person who does not drink or gamble. Everything the husband and wife have done together, alone is lacking. When the youngest son came home, he kept taking pictures like that, then he held up the camera to show off. I just hope that the whole family is always warm and enough to eat and clothing, so that’s satisfied,” she confided. 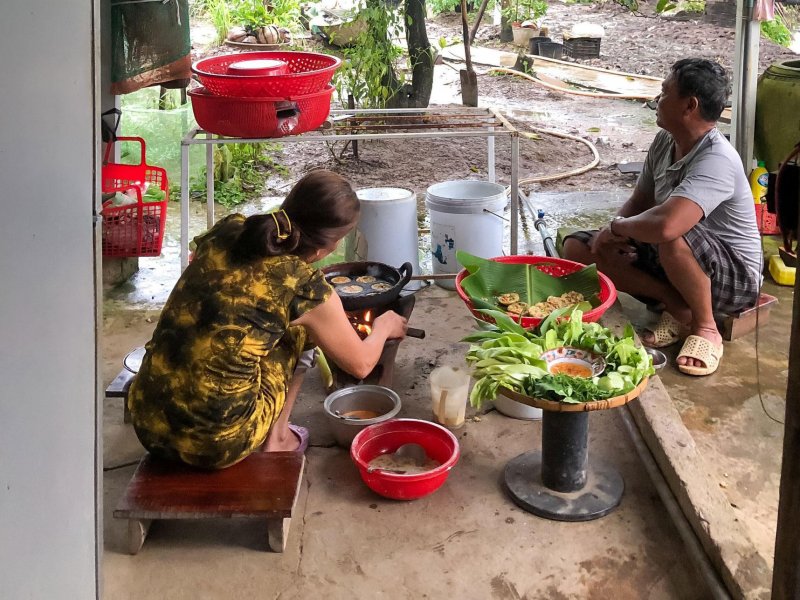 The youngest son “sniffed” when his parents poured banh khot

Lan’s son expressed emotion: “Amidst the chaos of life, amid the Covid epidemic, family always plays a particularly important role in my heart. Hope parents are always happy, healthy, and happy with their children and grandchildren. Hopefully, in the future, I will also build a family like my parents now.” 2 days ago, this guy returned to work. He felt homesick, and Mrs. Lan and her husband were sad because “Ut has gone out and gone in two months.