THANH HOA – Rare hundred-year-old ironwood tree remains in Ben En National Park after being plotted to cut down many times by loggers.

Ben En was once considered the famous green iron capital of the North, but a few decades ago, massive deforestation made precious wood, including ironwood, almost completely cut down. However, in the thin forest bordering between Xuan Khang communes, Nhu Thanh district, and Tan Binh commune, Nhu Xuan district, there is still an ancient iron tree, hundreds of years old, considered a “treasure” ” of the forest. 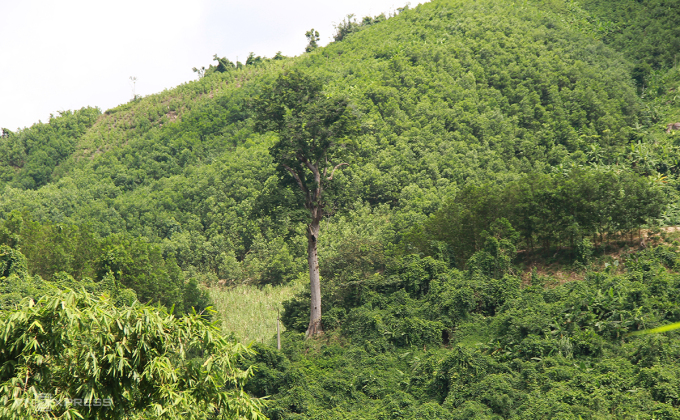 The iron tree is located along the inter-district road from Xuan Khang Commune People’s Committee to the direction of Song Muc lake bed, standing tall, standing a kilometer away can still be easily seen. According to the measurement results of the Ben En National Park Management Board, this ancient iron tree has a height of nearly 50 m, a diameter of nearly 1.8 m at chest height, the root has many branches and has to be 4-5 adults. just hug.

Many people believe that the age of the tree can be up to thousands of years, but there is no scientific basis for exact confirmation. According to the elderly in Xuan Tien hamlet, their forefathers grew up and saw the iron tree floating between heaven and earth. There are many species of lichens or parasitic plants on the trunk of the tree that is covered in rough patches of bark, lumps…

The leader of Xuan Khang Commune People’s Committee said that in the 90s of the 20th century, this area was green with countless numbers, but the lax management caused the trees to be cut down gradually. The remaining “tree” maybe because it is too big, so the loggers at that time did not have a motor vehicle to cut it down. However, the life of this precious iron tree has been threatened many times. 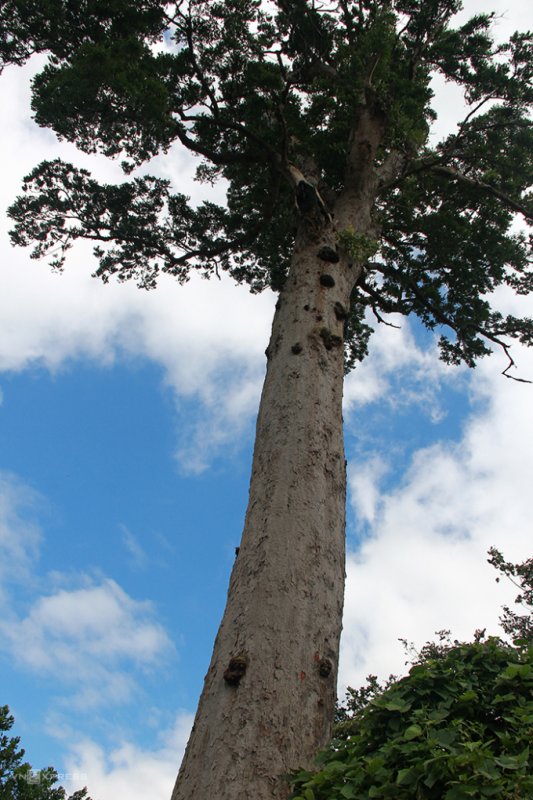 Around the 2000s, a group of loggers broke into the forest with the intention of butchering precious trees, but were discovered by the villagers and left. But near the base of the tree, there was still a cut that went into a quarter of the trunk and could not heal. A few years later, another group of people surreptitiously used a saw to cut some of the edges around the base, then saw another cut on the opposite side of the old cut. The latter saw also eats into the 30–40 cm trunk, but the tree does not fall.

Many times being damaged, the body close to the root of the iron tree only has the core and a few places with little shell left, making it unable to grow normally. For more than 10 years, the old iron tree no longer bears fruit as before. Realizing that the tree was still being watched by foresters, Ben En National Park had immediately set up a ranger station a few hundred meters away to protect the precious timber.

About 5 years ago, on a dry day, a fire suddenly appeared on the top of the iron tree. Due to the fire rising tens of meters high, people could not put it out, local authorities had to rely on specialized fire fighting vehicles of the K826 ammunition depot stationed in Nhu Thanh district to be able to extinguish it. Around the root of the iron tree, there are many cuts due to unsuccessful attempts by loggers to cut it down. Photo: Le Hoang

Authorities and people do not understand why the fire appeared on the tree canopy. The possibility of someone sneaking a sting is almost eliminated because the tree trunk is too big, it is difficult to climb because the canopy is over 40 m above the ground. Many people deduced that because on the foliage there are many bird nests wrapped with garbage and dry grass and many old branches are rotten, so when local people burn the fields, the embers fly over, causing fires. Since that time until now, the iron tree has not been violated any more times, now its branches and leaves are green.

Dang Huu Nghi, Director of Ben En National Park, said that the ancient iron tree is considered a treasure not only for its commercial value but also for its great significance in terms of conservation and maintenance of rare genetic resources.

Ben En National Park is implementing a project to preserve and develop the green reishi (Erythrophleum Fordii Oliv), which has an important content of restoring and preserving the ancient iron tree by many measures such as: fences to protect, propagate to the community about biodiversity conservation in general and green iron tree conservation in particular; clearing vines and bushes; spraying fungicides, killing termites around the base; growth stimulation, wound healing medicine… Recently protected, well taken care of, the branches and leaves are green again, but it has not yet returned seeds. Photo: Le Hoang

Ben En National Park has a total natural area of ​​more than 14,000 hectares, including more than 12,000 hectares of forestry land. This is the place where most of the green iron varieties are distributed in Thanh Hoa province.

Green Lim has the scientific name of Erythrophleum fordii, a medicinal plant of the subfamily Caesalpiniaceae, legume family Fabaceae. In Vietnam, green iron is classified in the group of rare and precious “four metal” woods (dining, lim, sen, tuu).