People waited for hours to buy breakfast, cut their hair when shops in Ho Chi Minh City reopened after more than three months of closure for epidemic prevention, on the morning of October 1. 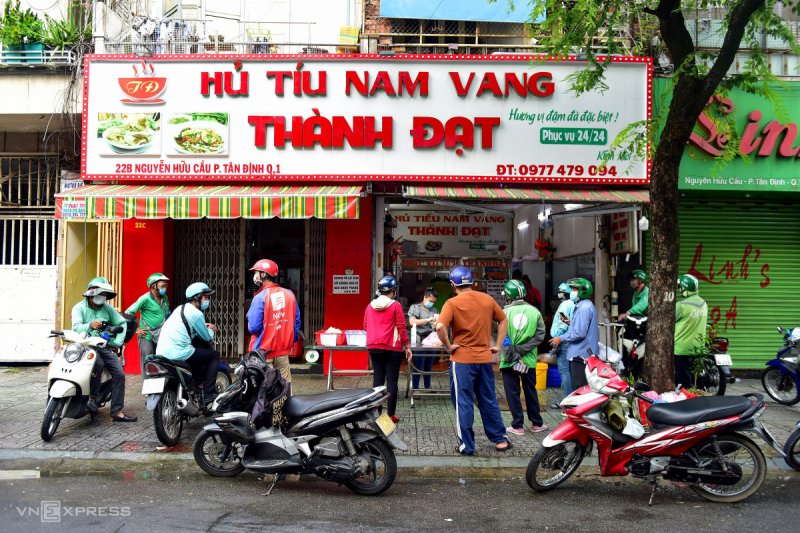 After Ho Chi Minh City issued a new directive on adjusting safety adaptation measures and effectively controlling Covid-19, many food and beverage and service sectors were allowed to reopen.

At the noodle shop on Nguyen Huu Cau Street, Tan Dinh Ward (District 1), more than a dozen shippers and people lined up to buy food. Ms. Hoa, the owner of the restaurant, said that from 4:00 a.m., she and three employees got up to cook the broth and prepare ingredients on the first day of sale, after more than 4 months of stopping. 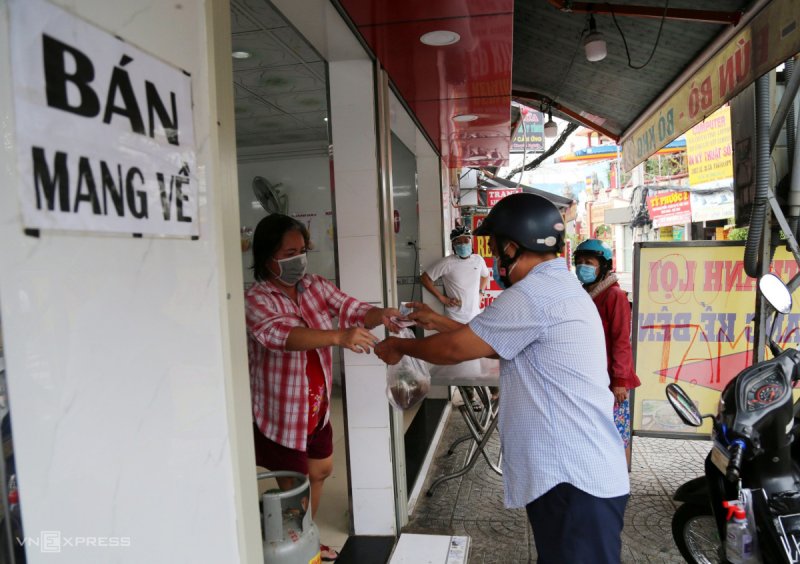 10 km away, the staff of a pho restaurant on Phan Van Tri Street (Go Vap District) repeatedly asked customers to line up to distance themselves and spray disinfectant when delivering goods and money to ensure epidemic prevention.

“Last month, when I just recovered from Covid-19, the first dish I thought of was pho. It’s been three months since I’ve eaten this dish,” said Mr. Hao, 41, holding a bag of pho after more than 30 minutes of waiting. wait. 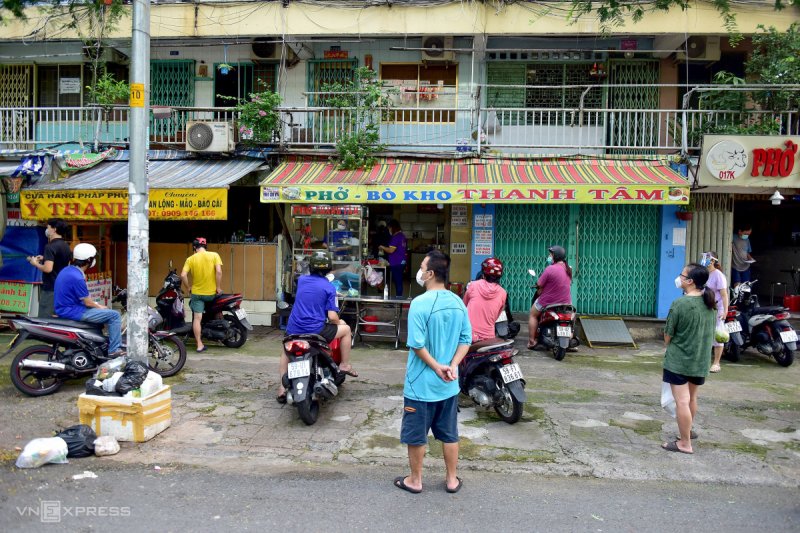 In addition to food and fashion establishments, many barbershops are also crowded.

Mr. Pham Van Trinh, owner of a hair salon on Hong Ha Street, Tan Binh District, said that today there were only two employees, so “it couldn’t be done”. “Many guests come in the morning, but I have to reschedule them for another time to avoid crowds,” Trinh said, adding that guests must have two vaccines or a certificate of recovery from Covid-19. Mr. Phan Xuan Dam (53 years old) carried a certificate of 2 vaccinations and waited nearly two hours for a haircut. “I had to quit my job this morning to cut my hair comfortably,” Mr. Dam said. 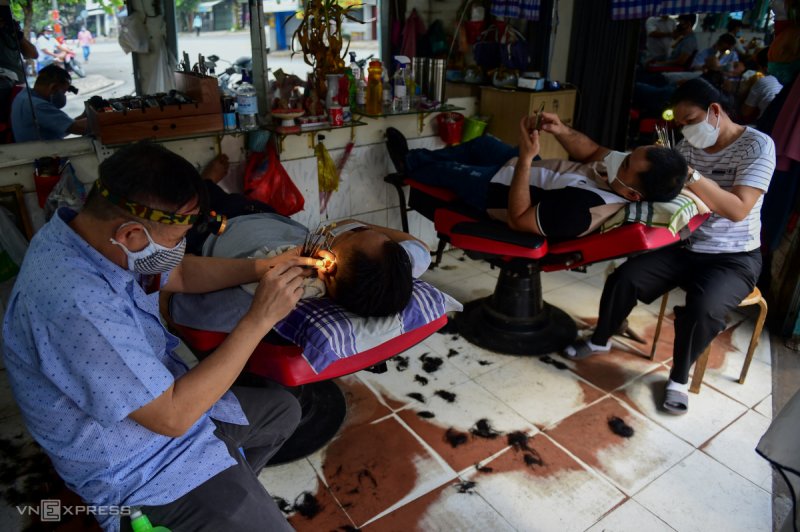 “I’m happy to be back to work again because I have an income. This morning many people came to get a haircut, but because of the distance, I didn’t dare to accept many customers,” said Dang Khoa, a barber on Ngo Tat To Street, District 1. Binh Thanh said.

According to regulations, hair cutting services are only allowed to operate up to 50% of their capacity to ensure safety against epidemics. 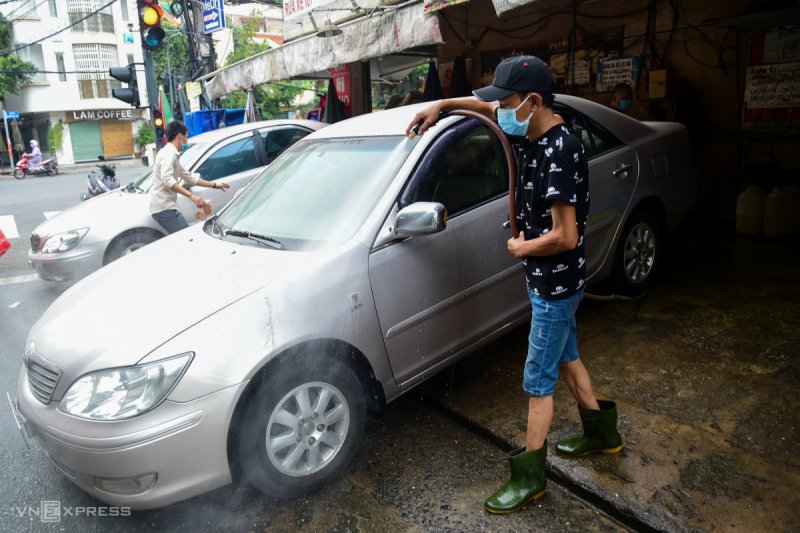 The car repair and wash shop on Nguyen Gia Tri street, Binh Thanh district is also crowded with customers on reopening. Motorcycles and cars are waiting in line to be washed and repaired after a long time without travel. 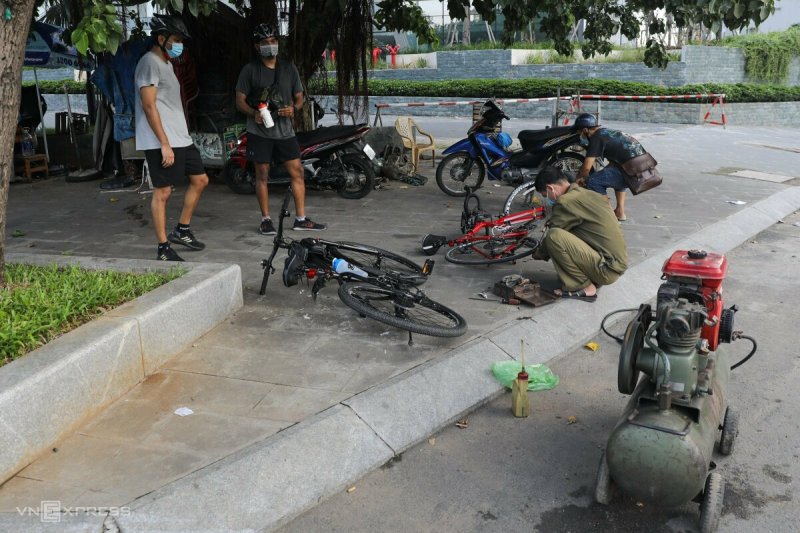 Nearly 3 km away, a car repair shop on the sidewalk of Dien Bien Phu street also welcomed the first customers when it opened.”This morning, many people passed by me waiting to pump and repair their car after a few months of not going,” said Mr. Van Tan, the shop owner. 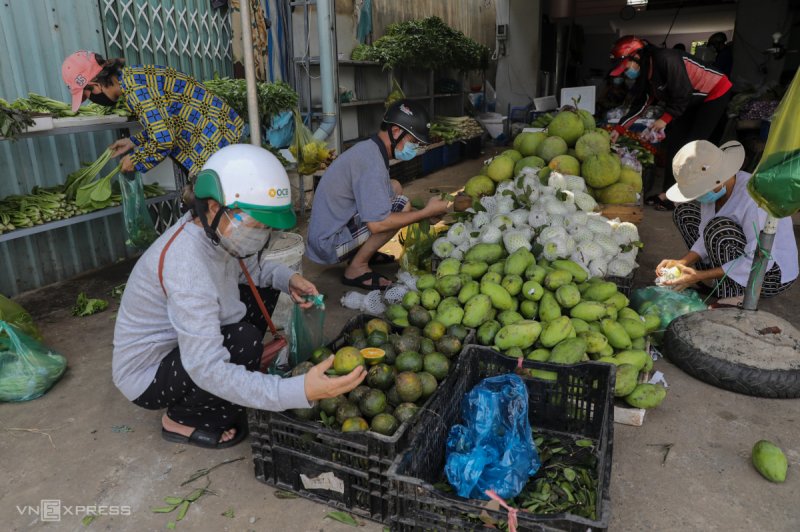 For more than a month, depending on the form of “shopping for households”, many people went to the store this morning to buy vegetables and fruits by themselves. The owner of the shop on Pham Van Dong Street, Thu Duc City said that on the first day of being sold, he imported 2 tons of vegetables and a ton of fruit and will increase the number in the coming days. 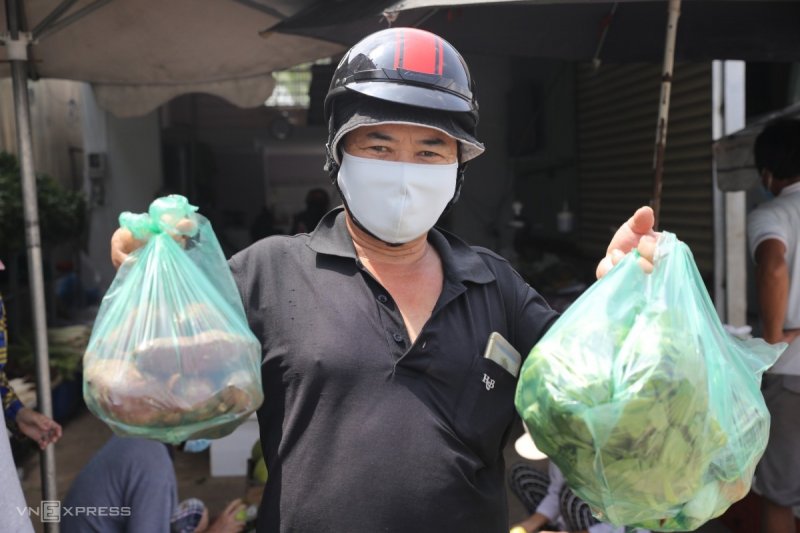 “I buy a few kilograms of vegetables and fruits, enough to eat for two days, now I don’t need to hoard, and I don’t have to worry about lack of food like before,” said Mr. Hoan, from Thu Duc City. 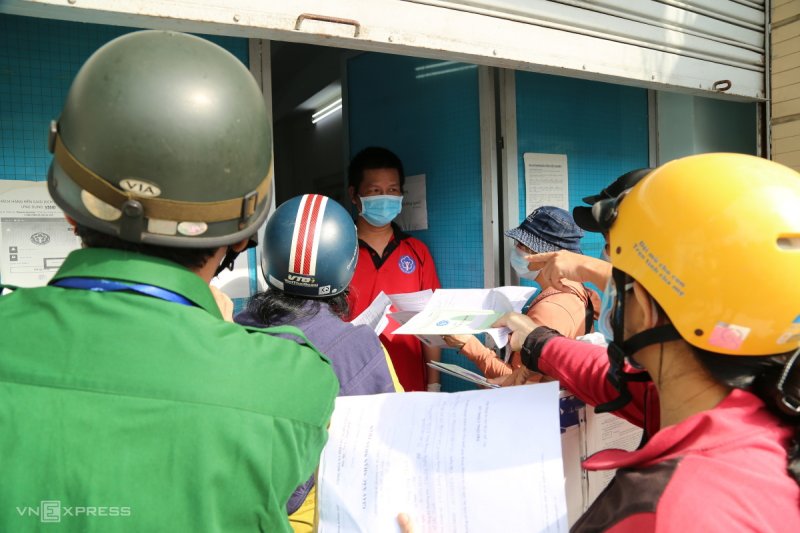 At the Social Insurance Center on Pham Van Dong Street, Go Vap District, dozens of people came to apply for unemployment insurance but were rejected. “I came here to receive unemployment benefits, they said to take the account number to the post office to receive it, when I went to the post office, the staff said to come back,” the 41-year-old female worker expressed disappointment after many hours of waiting.