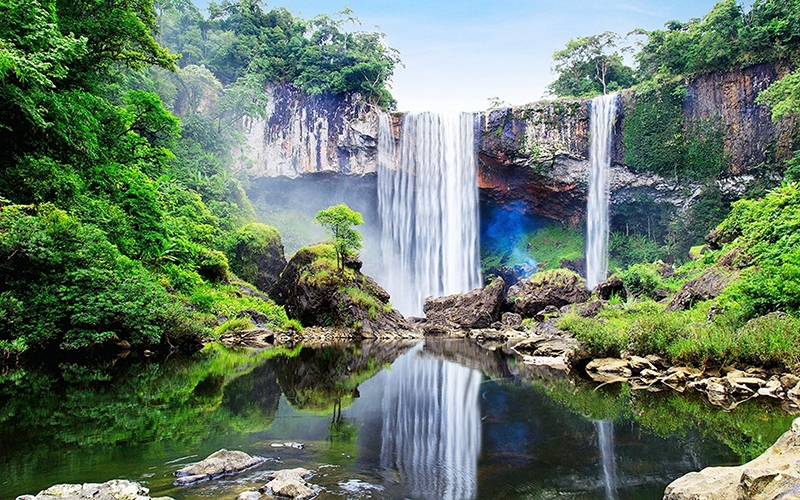 NDO/VNA – Two Vietnamese sites were recognised as new biosphere reserves by UNESCO at the 33rd session of its International Coordinating Council of the Man and the Biosphere Programme (MAB-ICC) last week.

The two new sites take the number of global biosphere reserves in Vietnam to 11, the second highest in Southeast Asia, only after Indonesia with 19.

Deputy Minister of Foreign Affairs Dang Hoang Giang, president of the Vietnam National Commission for UNESCO, said the recognition attests to Vietnam’s efforts in protecting biodiversity and ecosystem and responding to climate change, as well as its commitment to fulfilling the Sustainable Development Goals (SDGs).

It also helps promote Vietnam’s nature, people and culture globally, he said, adding that it will bring people, both Vietnamese and foreigners, closer to Ninh Thuan and Gia Lai and have a better understanding of Vietnam as a dynamic country that sets its sight on green and sustainable development.

Giang urged the two provinces to better preserve and promote the values of Nui Chua and Kon Ha Nung Biosphere Reserves in the coming time, and asked them to incorporate the preservation and promotion of the two reserves into their socio-economic development plans to make the conservation efforts sustainable.

The 33rd session of its International Coordinating Council of the Man and the Biosphere Programme (MAB-ICC) was held in Abuja, Nigeria from September 13 – 17, during which a total of 20 new sites were designated as global biosphere reserves.

The 106.6-ha Nui Chua Biosphere Reserve encompasses the terrestrial and marine areas of Ninh Thuan and is located at the end of the Truong Son Mountain Range where the climate is harsh with sunny, hot and arid weather and minimal rainfall, according to UNESCO. The biosphere reserve is a representative area in terms of biodiversity with a rich and diverse mosaic of ecosystems characteristic of the south-central region of Vietnam, including unique semi-arid vegetation, sea turtle nesting beaches and coral reefs.

A total of 447,162 people live in the site including the main ethnic groups of Kinh, Cham, Raglai, Hoa, Tay, Nung and Muong, all of whom have diverse cultures, artistic, religious and architectural traditions as well as numerous rituals and large festivals.

Kon Ha Nung Biosphere Reserve is home to rare species such as the Gray-shanked douc (Pygathrix cinerea) - a rare and endemic primate species of Vietnam and classified as critically endangered, with only about 1,000 individuals in the wild.

The biosphere reserve is managed in line with the traditional knowledge of local communities including indigenous and folk knowledge about production and social organisation. The Gia Lai Province People’s Committee formulates policies concerning land and forest allocations to households, payment for forest ecosystem services and the development of sustainable ecotourism.