VUNG TAU – Photos recorded at some coastal tourist spots in Vung Tau City, the seawater is clear blue, you can clearly see the sand and rocks on the seabed. 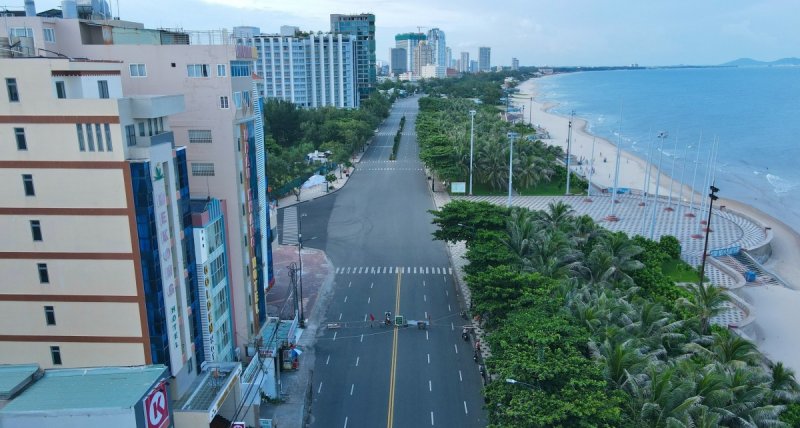 Vung Tau City started social distancing according to Directive 16 from 0:00 on July 14 until now. Thuy Van Street running along Back Beach is one of the busy streets, with a high traffic density before the epidemic, but now it is quiet. Beaches, parks, tourist attractions in the city are also in a similar situation. 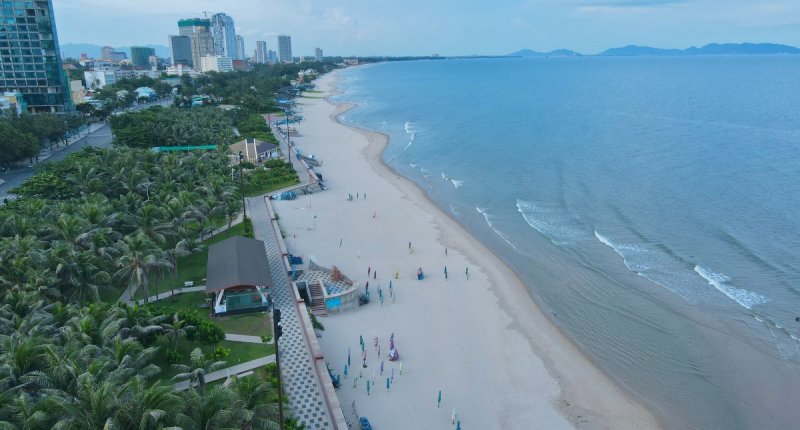 In mid-August 2021, Tran Thanh Duy, born in 1992, working in Vung Tau city used drones to record beautiful scenes in the coastal city during the days of social distancing. The set of photos received positive feedback from Facebook users, many of whom praised the beautiful scenery in Vung Tau and expressed surprise at the clear blue sea color. 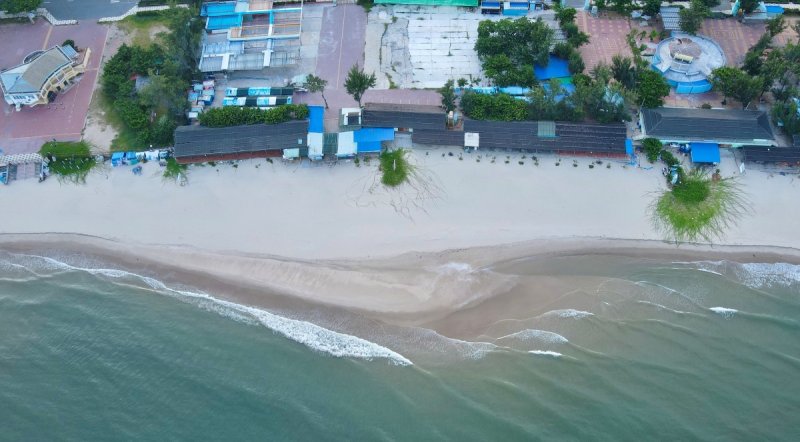 Duy said that he takes photos at different times of the day, sometimes at dawn, sometimes at sunset and at noon. “I stand on the balcony at home and fly the drone around the city, all the photos are unedited,” he said and said he was surprised at the cleanliness of the seawater. Born and raised in Vung Tau City but he had never witnessed this scene before. 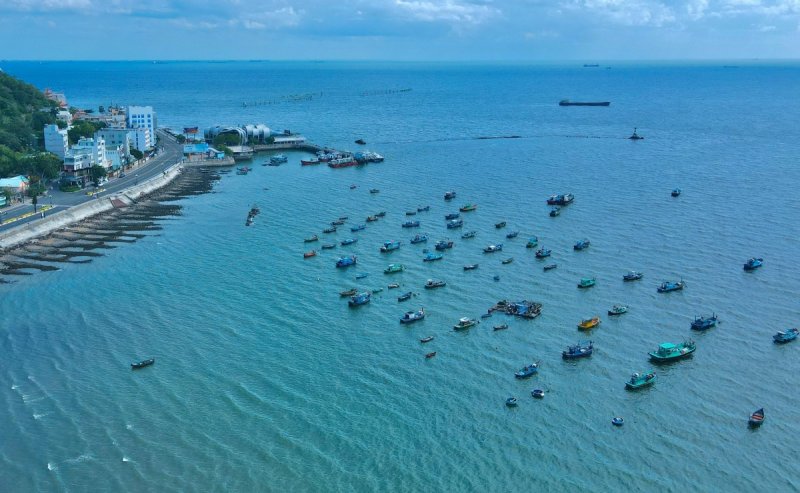 Boats anchored at Bai Truoc area, near Vung Tau high-speed pier. Many people think these are the clear blue beaches in Nha Trang, Da Nang when they see this photo. 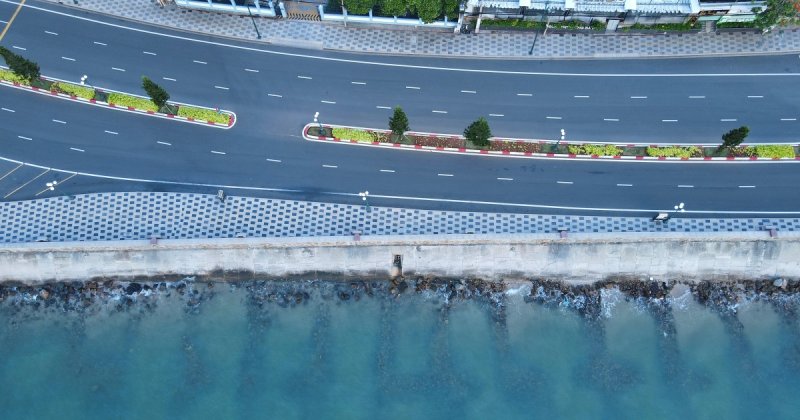 According to the author of the photo series, in mid-August, the weather in Vung Tau City is very beautiful, the air is fresh, the sea is calm, there are few waves. At this time, the city is also socially distancing, the sea is not much affected by humans, so the sand and impurities settle, creating clarity that can see the sand and rocks on the seabed near the shore.

As for the blue color of the water, it is said to be influenced by the weather and the color of the sky. Some Facebookers also added that the capture device may have been color balanced, with cooler tones than usual. 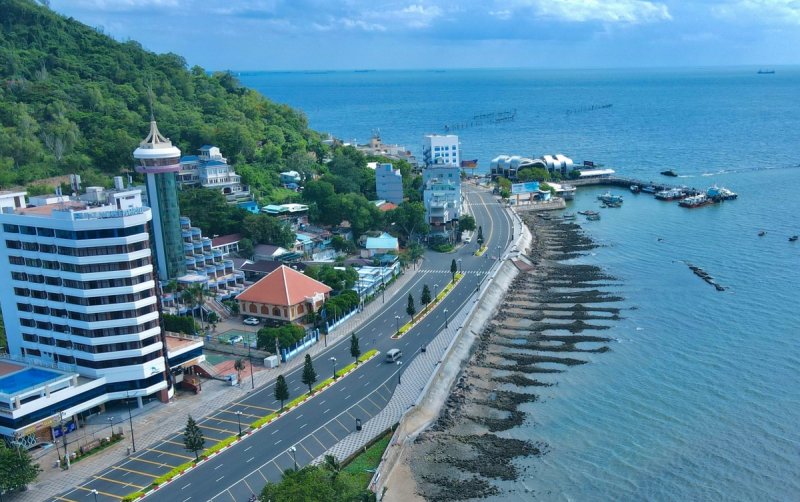 As a worker in the field of accommodation and resort, Mr. Duy said that the impact of the Covid-19 epidemic reduced the business’s revenue by nearly 70% and affected the income of nearly 30 employees, but it was valuable to him. received is the restoration of nature in the place where you live. 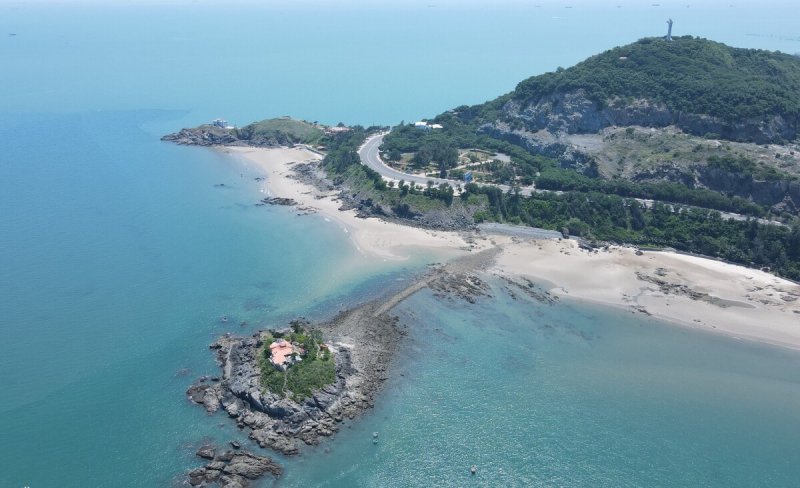 Hon Ba is a famous spiritual tourist destination in Vung Tau City. On the island, there is a temple with the same name. Guests who want to go to have to watch the time, a month visitors can go to the temple about 12 times because the remaining days are surrounded by seawater with no way. This place is about 200 meters from Nghinh Phong Cape. 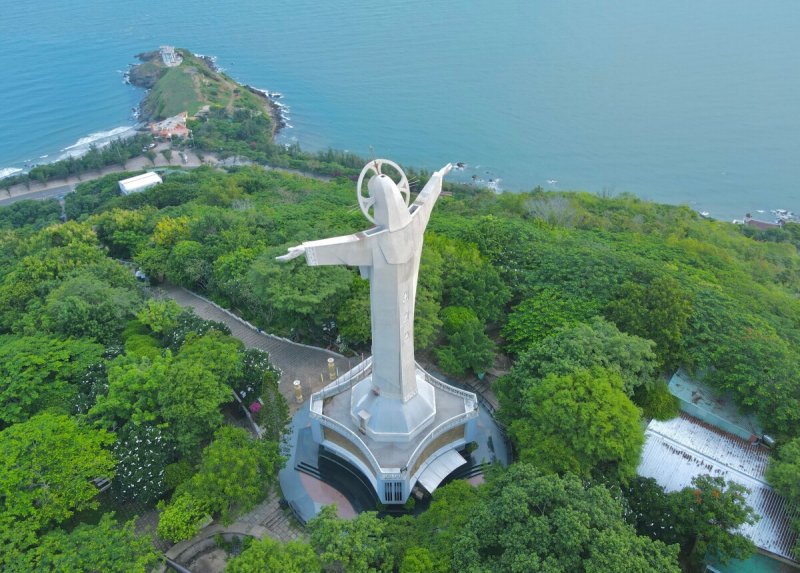 Peaceful scenery, green trees at the area of ​​Christ the King statue on Tao Phung mountain, from here visitors can zoom in on Nghinh Phong Cape, the easternmost point of Vung Tau city and observe many beautiful beaches in the area. area. 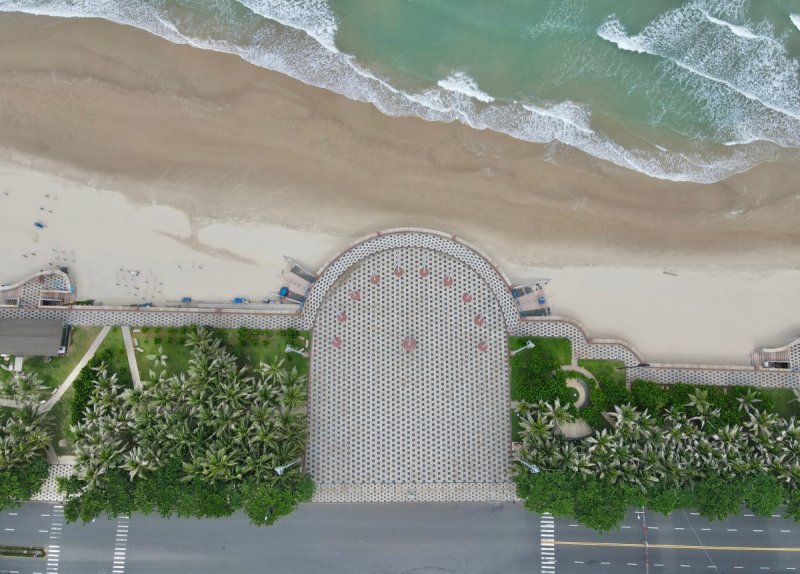 Bai Sau Flagpole Park is an attraction for young people, Vung Tau residents, and tourists every afternoon, now empty of traffic. Thanh Duy hopes everyone stays healthy and safe for themselves, the city joins hands in repelling the Covid-19 epidemic so that everyone can return to their daily lives soon.

Through the series of photos, he also wants to convey the message of environmental protection and clean green landscape in the city to locals and tourists near and far.