Fishermen catching fish by basket boat in Phuoc Hai Town, Dat Do district were issued by the government to go to the beach with odd-even days after two months of having to stay at home. 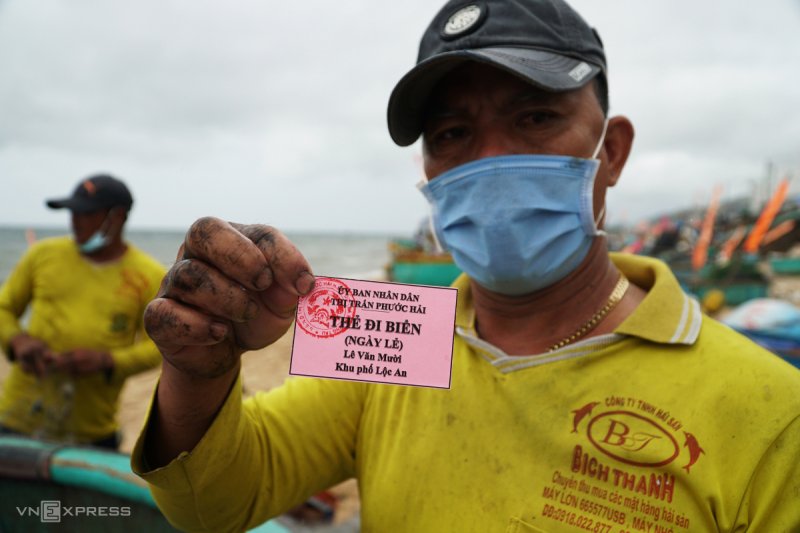 On September 19, fisherman Le Van Muoi, Loc An neighborhood, Phuoc Hai town was granted a beach pass by the government to go out on an odd day to catch fish, squid, and shrimp, after more than 2 months, he had to stay at home because the locality was relaxed. way according to Directive 16.

With more than 1,000 fishermen living near-shore fishing, the government decided to give them odd-even-day beach passes. This is to ensure the local anti-Covid-19 distance. 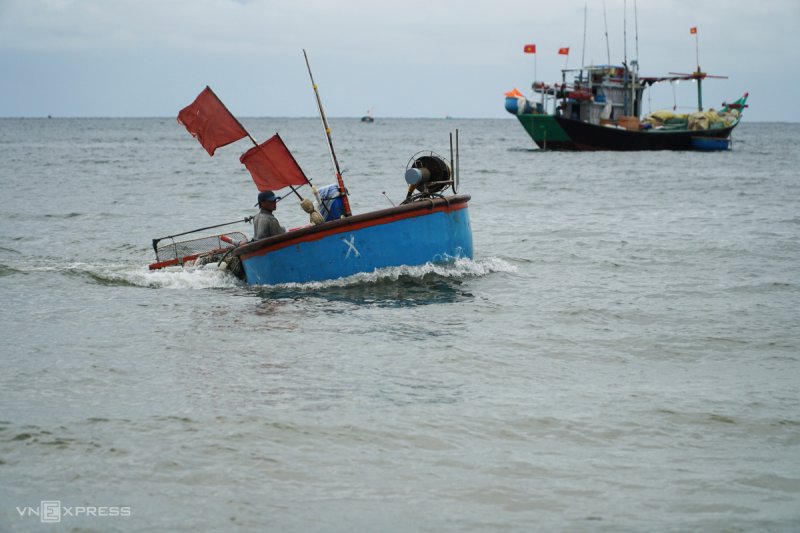 After 4 hours of casting the net nearly 5 km from the shore, Mr. Huynh Van Tien ran the basket back to the shore. Today he earns more than 2 million. “The epidemic lasted for a long time, it was too difficult. Now that the government opens the sea for people to eat, I’m really happy,” he said. 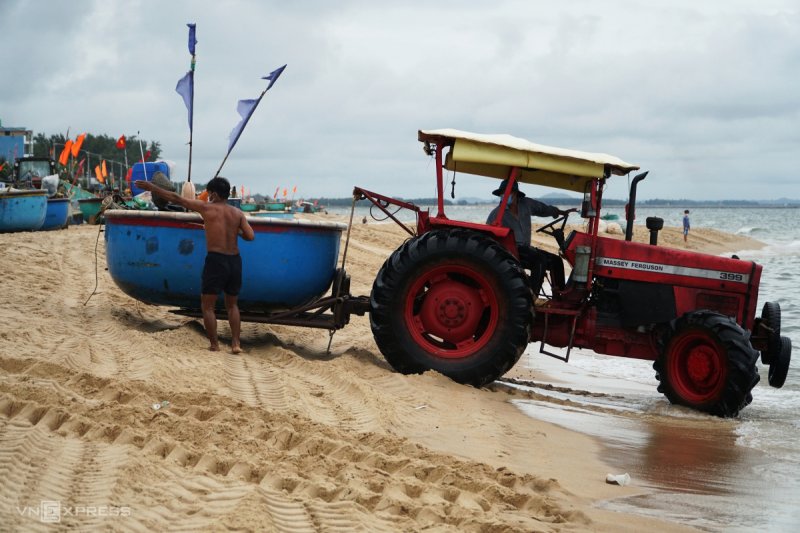 The tractor is waiting to pull and lift the basket ashore. On each trip, fishermen spend 40,000 VND two times to bring the basket boat up and down the sea. 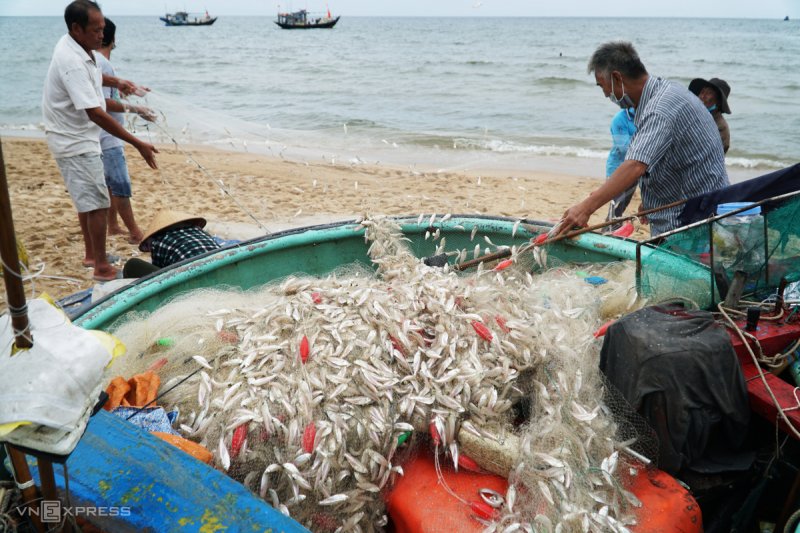 Fisherman Le Van Phuong’s basket is full of apricots. Three members of his family and neighbors spread tarpaulins, holding both ends of the net and shaking their hands to get the fish out of the net. 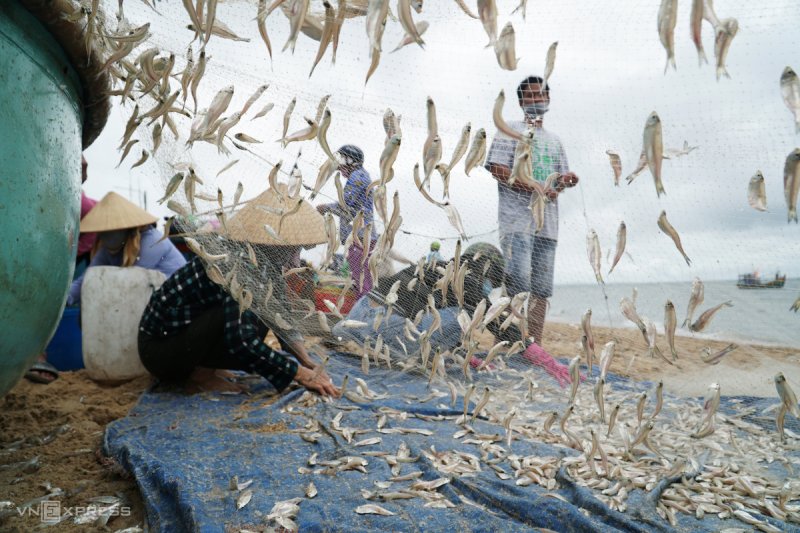 Today, Mr. Phuong caught 100 kg of apricot fish. With the selling price of 30,000 VND per kg, he earned 3 million VND for the first day back to the sea. 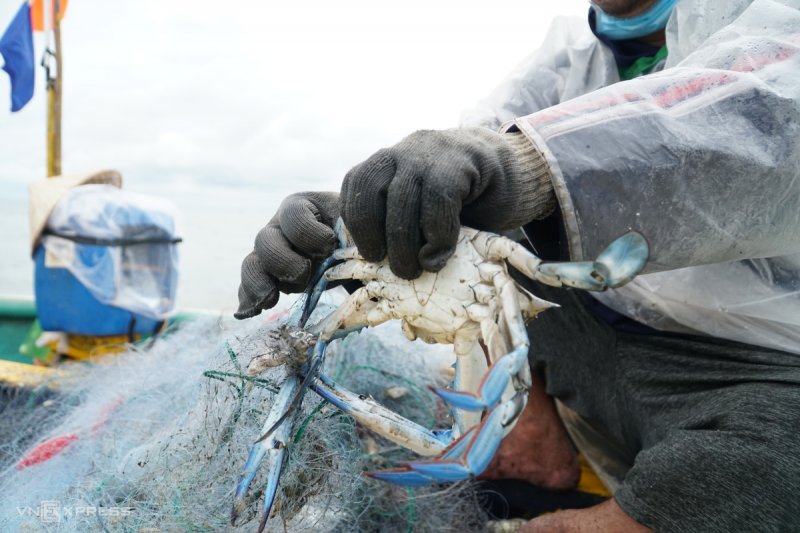 Mr. Huynh Loc removes crabs from the net. According to him, going fishing on odd-numbered days causes certain troubles, but in the context of being wary of Covid, fishermen have to accept it. “I’m not as lucky as other people, today I can only get a few hundred thousand from the sea,” he said. 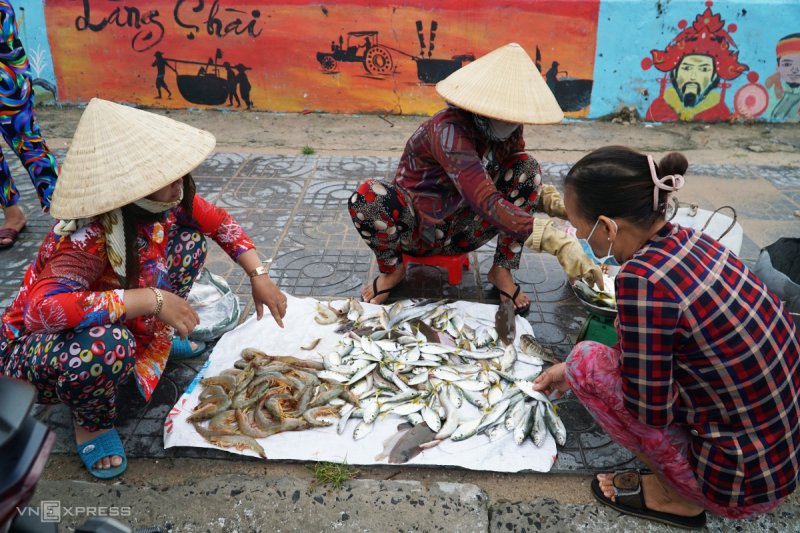 All kinds of fish, shrimp, squid are sold along the embankment. According to the People’s Committee of Phuoc Hai town, seafood caught by fishermen can only be consumed locally and within the “green zone” district in order to limit the spread of Covid-19 infection. 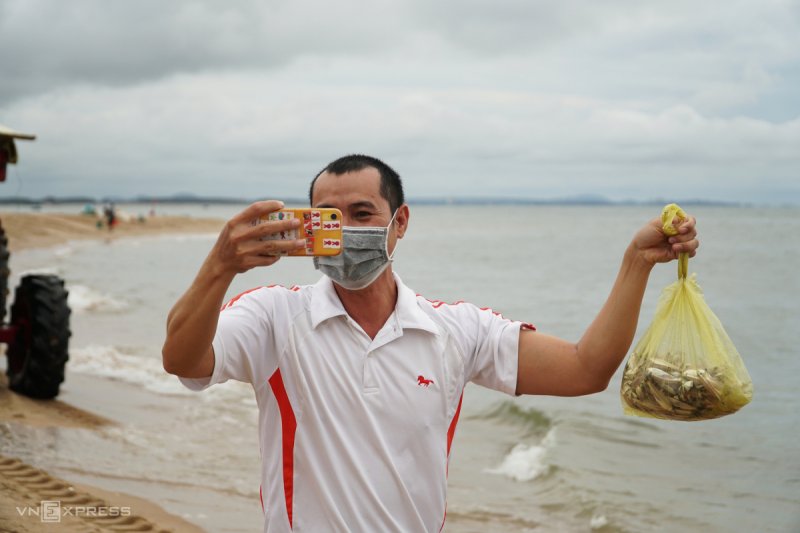 “I don’t work in the sea, but I’m very eager to come here to share the joy with relatives and livestream for friends in Ho Chi Minh City, Binh Duong, and Dong Nai to know,” Tuan said when the hand wrapped apricot fish bought 50,000 VND to show off. with friends. 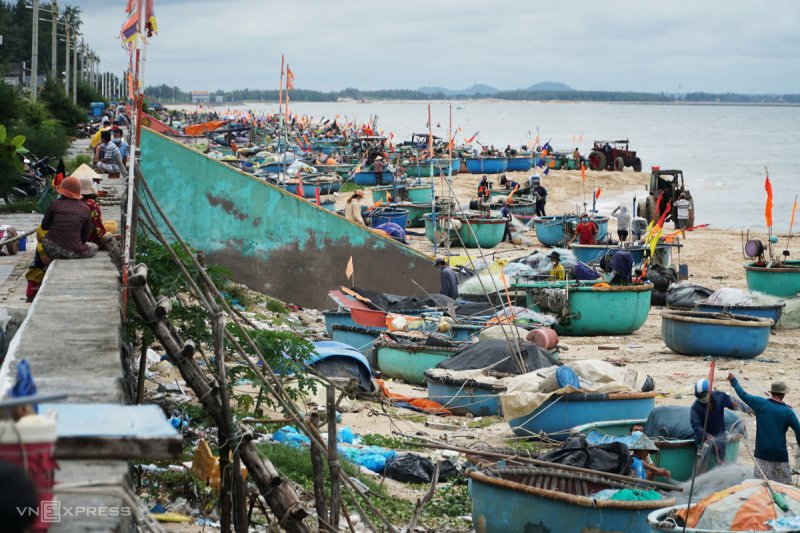 The basket boat is parked close to the coast of Phuoc Hai. The locality with more than 20,000 people has recorded 36 cases of Covid-19 in the community. People in the area live by fishing and processing seafood and have been relaxed in accordance with Directive 15 ten days ago.

After nearly three months of the outbreak, Ba Ria – Vung Tau has so far recorded 3,900 infections, of which 3,776 people recovered. Vung Tau city, Ba Ria, Phu My town, and Long Dien district are social distancing according to Directive 16 to 22/9.

Four “green zone” districts including Dat Do, Chau Duc, Xuyen Moc, and Con Dao have been relaxed. The government reopened traditional markets, retail stores, and takeaway food and production and business activities. The movement of people in the commune and district is no longer as tightly controlled as before. However, except for Con Dao, the remaining localities still maintain checkpoints at the gateways to prevent the epidemic from re-entering. Follow vnexpress