In autumn, the slopes of single-rice, primrose, and dandelion flowers bloom from the foot of the mountain to the top of Fansipan. 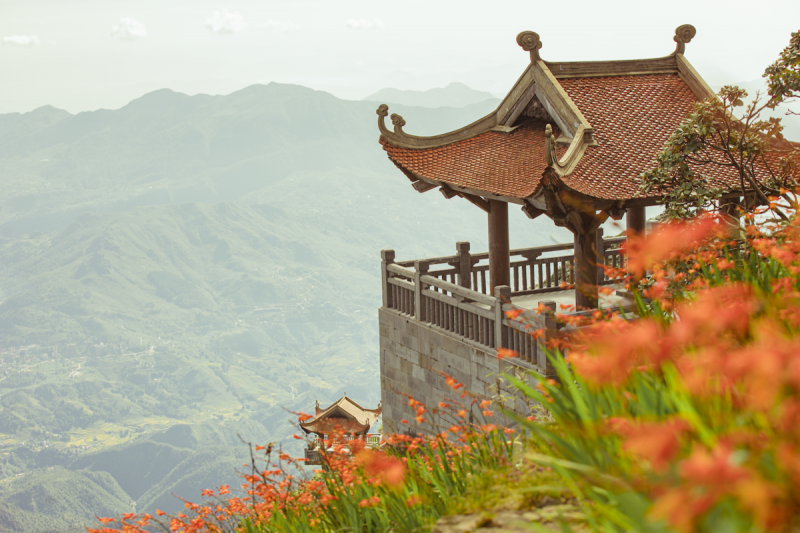 In autumn, Fansipan resembles a giant flower garden of Sa Pa with a rose valley, yellow chrysanthemum garden, bright red firecrackers covering the hillsides. September is also the time when the monodon flowers on Fansipan are in their most brilliant bloom. The photo above was taken on the morning of September 11 at the spiritual complex on the top of Fansipan. Photo: Duong Quoc Hieu The sun gradually rose, the monsoon flowers became more orange-red, brightening a hilly area around the Great Amitabha Buddha. This flower, previously seen only in Da Lat, has now been planted on the top of the year when the wind whistles and fogs. Photo: Duong Quoc Hieu 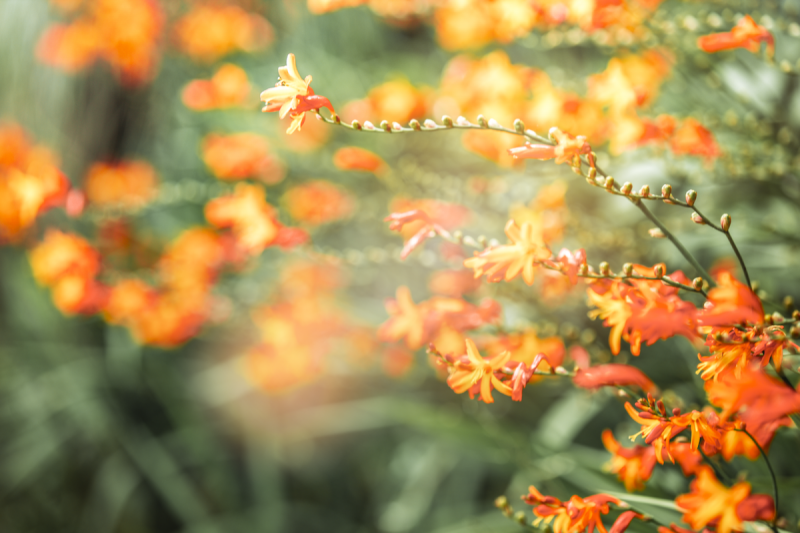 Crocosmia or Croscomia belongs to the iris family. The flower name Croscomia is derived from the Greek words “krokos” meaning saffron and “osme”, meaning that when the leaves are dried, they can emit a saffron-like odor. The single flower is not too different from other flowers, but the parts such as branches, flowers, and leaves are smaller. This flower usually grows in bushes and reaches about an adult’s knee. Photo: Duong Quoc Hieu 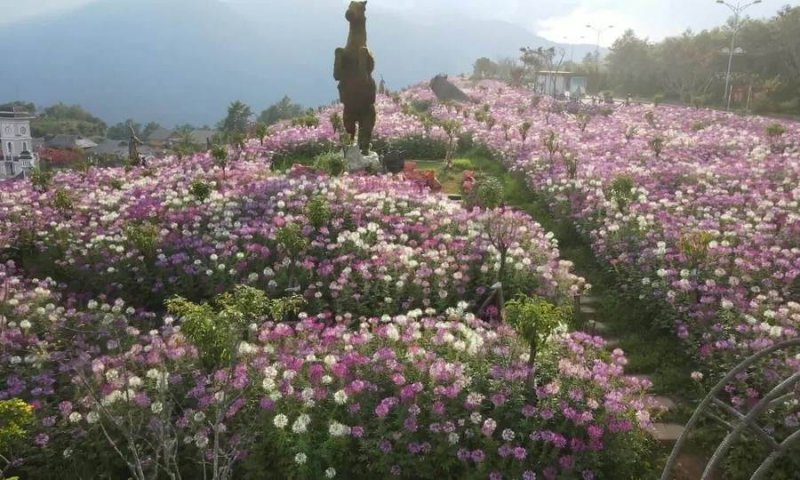 The end of August and the beginning of September is also the time when the 1.5-hectare peacock tail flower garden in the yard of the cable car station is in full bloom. Peacock tail flowers, also known as pink ri or scallops, grow in clusters, shaped like a peacock’s tail, with a pink color mixed with purple and white. Photo: Hoang Trung Hieu 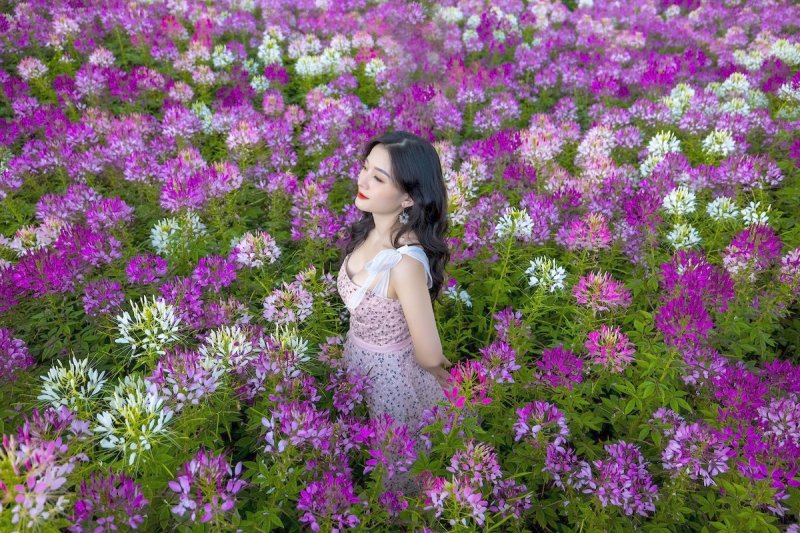 The flower field is a favorite check-in point for visitors. However, due to Covid-19, currently, only domestic visitors from Lao Cai province come here. Photo: Hoang Trung Hieu 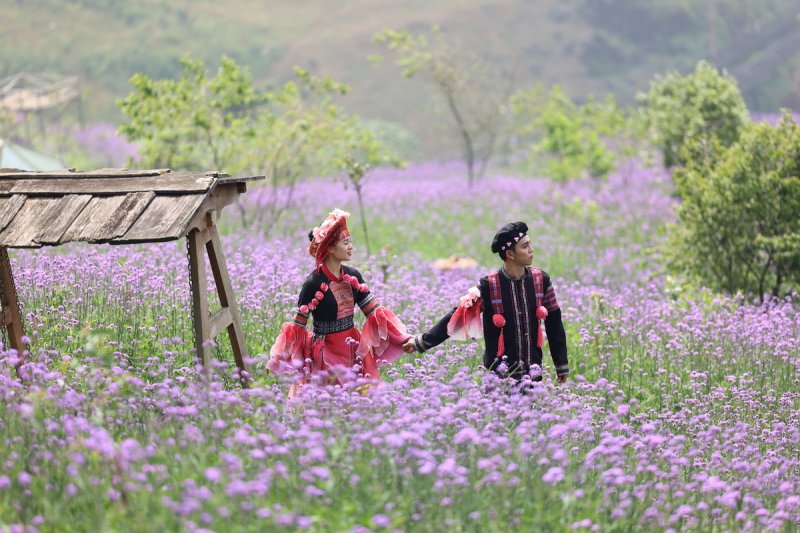 From the station area, take the cable car, through the rose valley, you will come to the field of purple primrose. This flower is planned on an area of ​​15 hectares, the most blooming in May. By the end of August, early September, the flowers are still being planted continuously but not as much as in summer. Photo: Hoang Trung Hieu 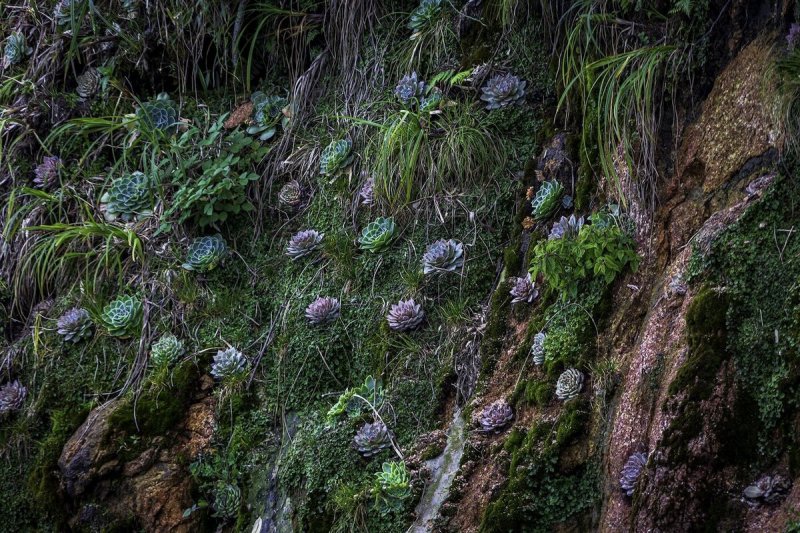 At Fansipan, stone lotus or interstellar flower is planted throughout the peak area with more than 3,000 gourds. In cloudy weather, cold or hot like fire, this flower is still full of life, giving viewers a feeling of relaxation and peace. Photo: To Ba Hieu 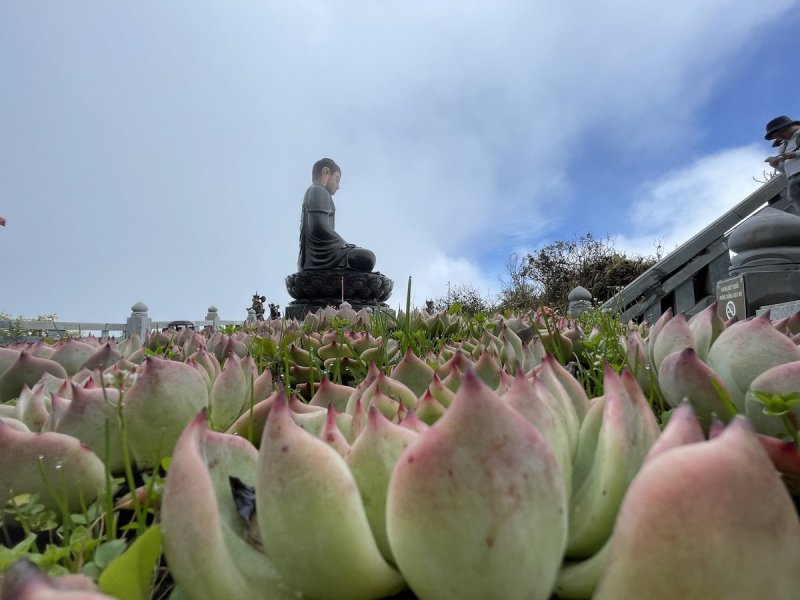 Stone lotus blooms at the foot of the Great Amitabha Buddha. Absent tourists, the colorful flowers in Fansipan are still cared for by tourists, to bloom brilliantly in the middle of Hoang Lien Son mountains. Photo: To Ba Hieu