QUANG NGAI – People in the Nghia Hanh district drive stakes and raise them to prevent the rice straw from being washed into the unripe rice paddies, in order to save the rice from broken stems. 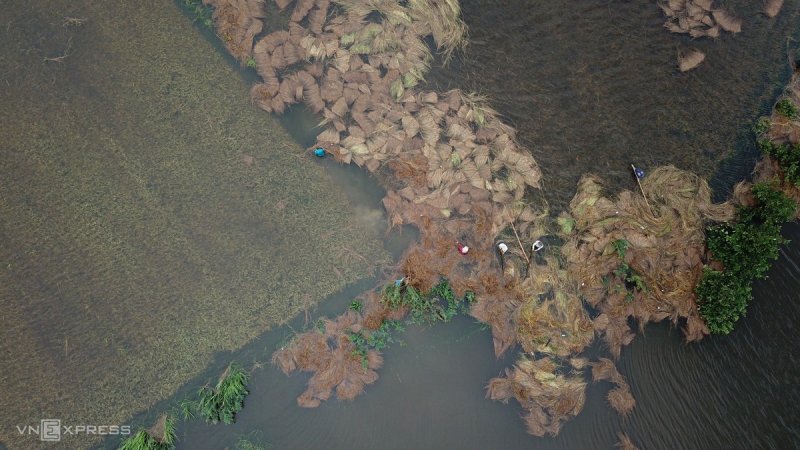 On the morning of September 12, in a field of about 10 hectares, many people in Hanh Thien commune (Nghia Hanh district) piled stakes and stretched strings to prevent the straw from drifting into unripe rice fields. 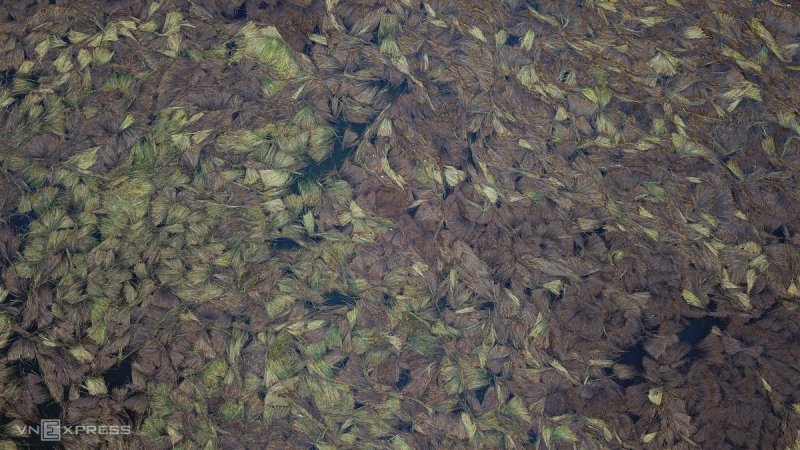 Because the field had many unharvested rice fields, Mr. Hoa had to work with many other people to prevent the bundles from drifting in with the flood water and breaking the rice stalks. 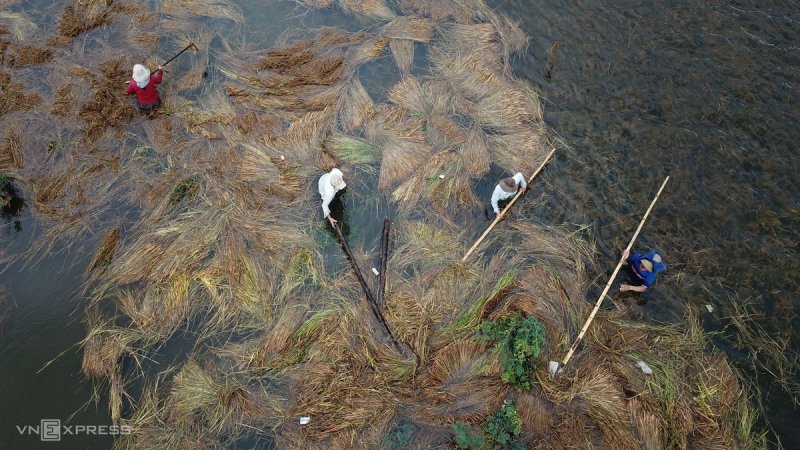 With bundles of straw floating near the unripe rice, people use rakes to pull them away. 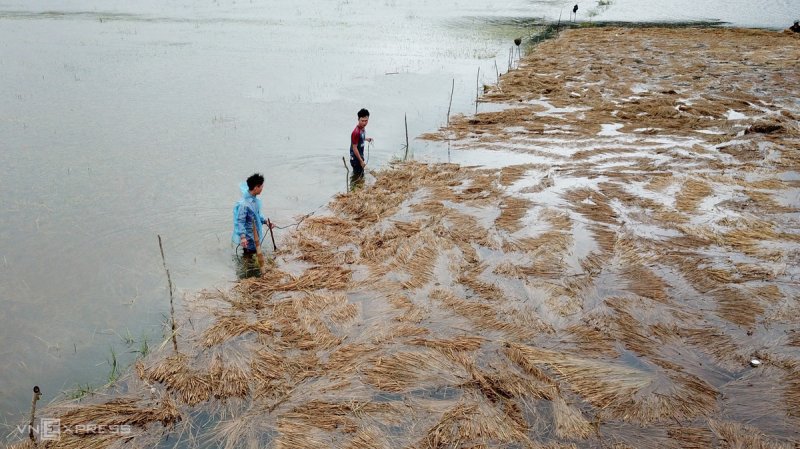 After that, they drove stakes and stretched ropes so that the straw would not float with the flood. 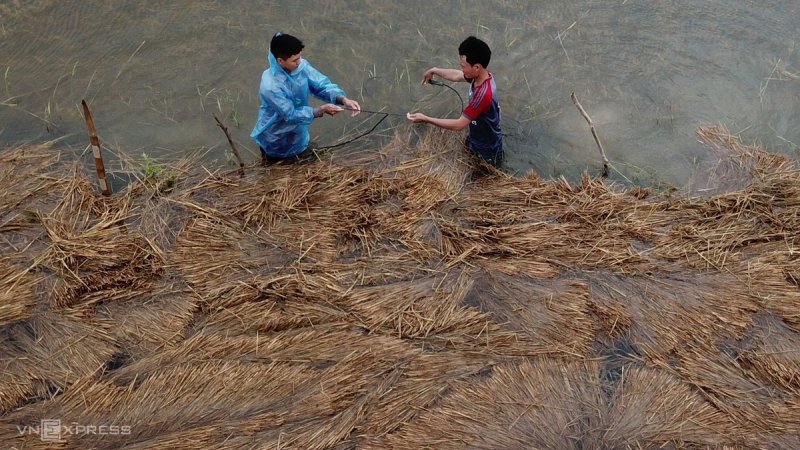 Farmers use a black rope to stretch between the stakes. After being strung up, the straw bundles are separated from the unharvested rice paddies. This job can both save the rice straw and save the rice. 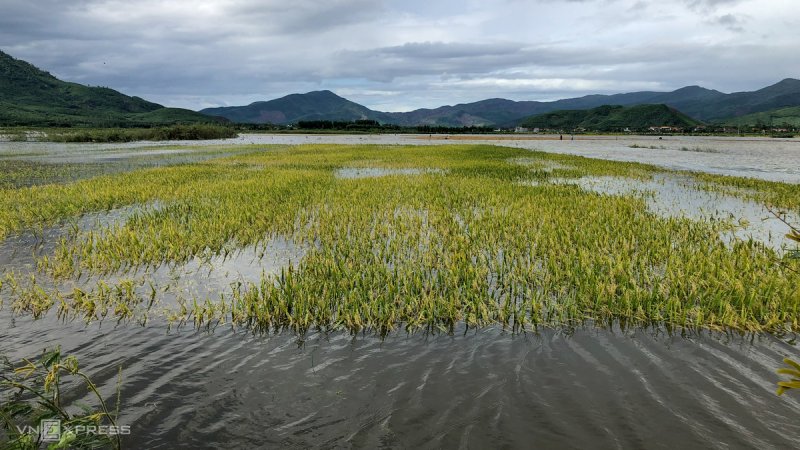 According to the Quang Ngai Steering Committee for Natural Disaster Prevention and Control, after the Con Son storm, flood water flooded 897 hectares of rice across the province. People and forces are trying to harvest rice in the flood and save the unharvested rice fields.

The storm that made landfall on the evening of September 11 caused local flooding in many places. The province has evacuated 224 households, 798 people from local flooded areas. It is expected that today the province will evacuate 123 households with 424 people.

The Quang Ngai Hydrometeorological Station forecasts that, due to the direct influence of the weakening tropical depression from storm No. 5, today, Quang Ngai will have moderate rain, heavy rain to very heavy, with a common rainfall of 50 -150 mm, some places over 200 mm. risk of flash floods and landslides. Follow vnexpress