Despite having an ugly and strange appearance that makes diners wary, mudskipper is a “rare and hard to find” specialty in Ca Mau. Coming to Dat Mui, not everyone is lucky enough to enjoy this “heaven-given” specialty.

Giant mudskipper (or tree climbing fish) belongs to the white goby family, often lives and digs burrows to live in mangrove forests or coastal alluvial soils, along rivers,… In Vietnam, Ca Mau is likened to a “capital.” “of mudskippers.

This fish has an ugly appearance with a small size of only about 1-2 fingers. Their eyes are quite large, bulging more than their heads, so their shape looks very strange. Giant mudskipper can live both on land and in water. They even “fly” and climb trees quickly thanks to two strong front fins, which act like a pair of hands. 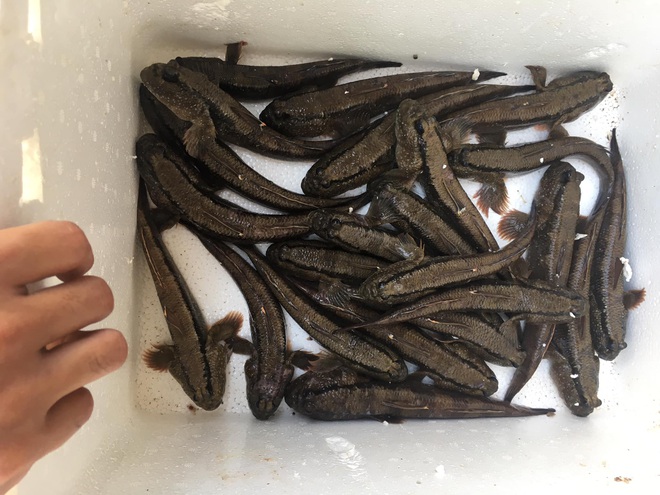 Giant mudskipper is one of the products bestowed by nature to the people of Ca Mau in particular and the western provinces in general (Photo: Chi Thien).

Mudskippers ever Biology Organization world listed in the list of the 6 animals “most bizarre planet,” because of the unique design features of the body.

To catch this fish, local people have many ways such as setting traps, fishing during the day or lighting at night,… When the light is in the eyes, the fish becomes motionless and disoriented. easier for people to catch. However, trapping is still considered the most popular and effective.

People often create traps from many materials such as using a sedge (made of nipa leaves, shaped like a thatch) or recycling old bottles to make traps placed in front of the fish’s cave. When the water dries up, the mudskippers that start to crawl out will get caught in the trap and can’t get out. People quickly picked up the traps and collected fish to bring back. 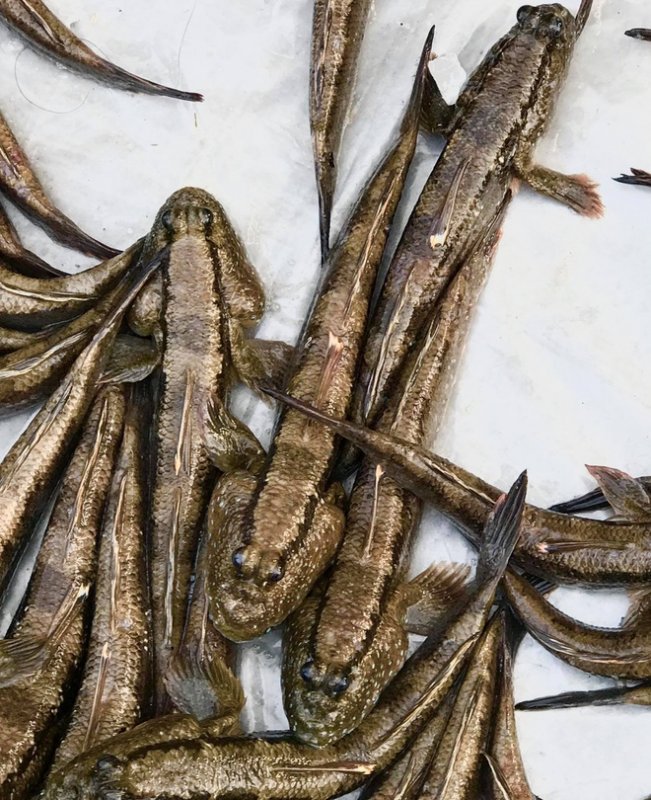 Despite its ugly and strange appearance, mudskippers are a “God-given” specialty that is loved by locals and tourists from all over the world. Many people also earn extra income by hunting this bad fish “out of the world”.

To process mudskippers, people have to take the fish to clean, remove all the oil on the skin. This fish lives in a natural environment, so the meat is delicious and firm. Therefore, many restaurants, eateries in the city, or even gourmets are willing to spend money to buy them at high prices. 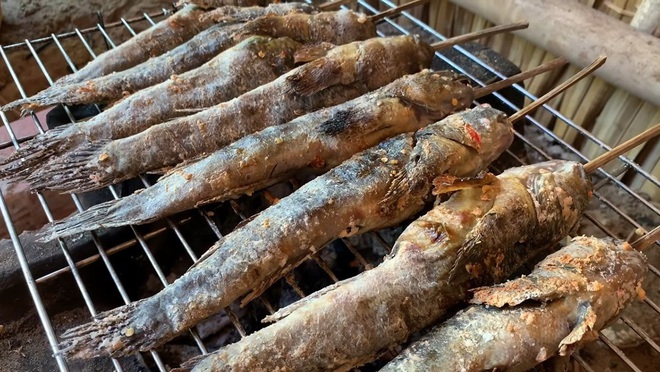 Although mudskipper has an ugly appearance, it is a raw material for processing many famous Southern dishes (Photo: Ca Mau).

Giant mudskipper is the raw material for many dishes such as braised with pepper, sour hot pot, fried, grilled with salt and chili,… Each dish has a different processing and flavor, but they all leave a bold mark on the food. diners’ hearts.

With salt and pepper grilled fish, people clean the fish and then skewer it on long bamboo sticks. The fish is grilled on a charcoal stove to bring out the aroma. No matter how far, the chef will continuously brush a mixture of salt, chili and cashew oil up there so that the fish can absorb the spices as well as have a beautiful color. When one side of the fish is cooked, flip the other side over.

Grilled fish dish has golden skin, crispy, fragrant nose. The flesh of the fish is white, firm, and tender. When enjoying, diners just need to use chopsticks to separate the fish meat from the bones and then dip it with salt, pepper, lemon or spicy fish sauce, served with herbs. The aromatic sweetness of the fish combined with the accompanying spices creates a delicious mouth-watering dish that “sucks in” guests. Westerners often have dishes with pepper that are very “rice-consuming”, so mudskippers are also processed in this way. Fish is cleaned, marinated with spices to taste. When stocking, people often add pepper, coconut milk and lard to make the fish greasy and fragrant. The fish must be stored in an earthen pot, let the fire simmer until it dries up, then it will be soft and full of flavor. 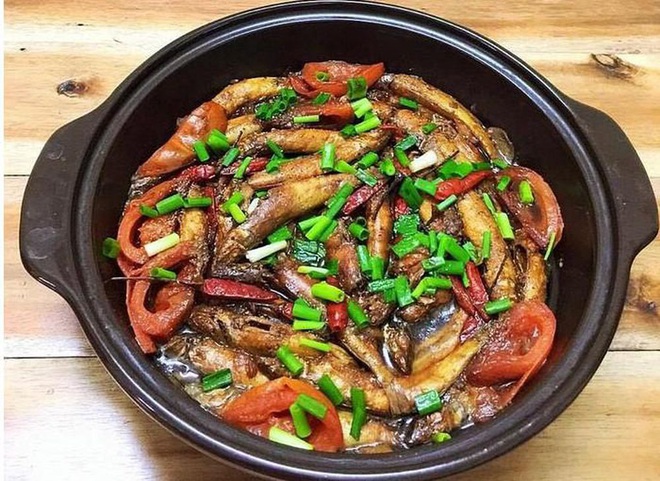 Mussels braised with pepper is one of the dishes loved by the Ca Mau people (Photo: iPEC).

Coming to Ca Mau, visitors can also see another attractive specialty which is dried mudskipper. This dish is often loved by people because it is crispy, fragrant, can be eaten for a long time and can be preserved and used for a long time. 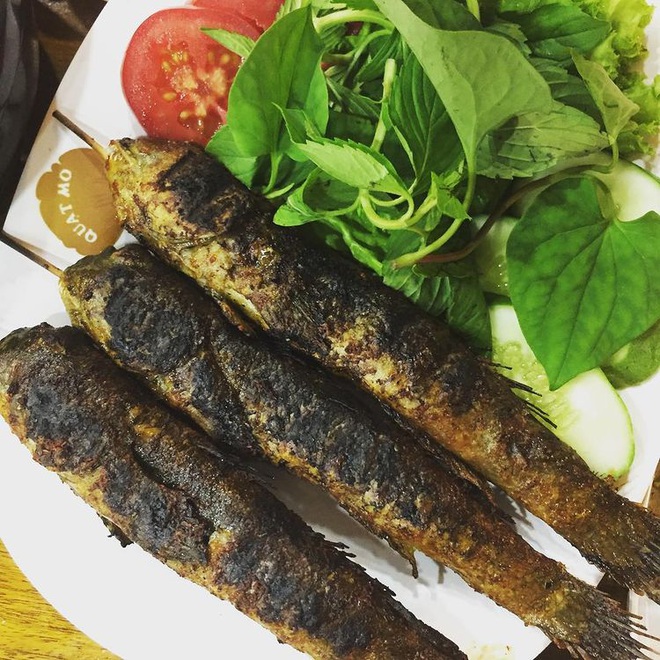 From a rustic dish of the local people, mudskipper has now become a famous specialty near and far (Photo: @meomuop91).

Giant mudskipper is now sold in many provinces such as Ho Chi Minh City, Hanoi, … but only when coming to the Land of Mui and directly enjoying the freshly caught Giant mudskipper , gourmets are satisfied. to fully feel the quintessential flavor of the “God-given” specialty.

A special thing is that mudskippers currently only live in the wild, cannot be raised by farms, so diners who want to enjoy it must ask people to catch them manually. They are also considered “rare and hard to find” specialties, and difficult to buy with money. Follow Dan trí