How to City. Dong Hoi over 100km, located in Hoa Hop commune (Minh Hoa district, Quang Binh), Mo Waterfall is likened to a “fairy” in the middle of unspoiled nature and began to be put into professional tourism in a few years. recently.

Tourist destination: Mo Waterfall is likened to a fairy in the middle of the forest Minh Hoa has a majestic system of limestone mountains surrounding villages and fields forming beautiful valleys, so many people even compare this place to a terrestrial Ha Long Bay. Minh Hoa also has very beautiful caves with stalactites and underground rivers, such as: Tu Lan cave system in Tan Hoa commune; Ruc Mon cave in Trung Hoa commune through Hoa Son commune, Yen Phu lake in Trung Hoa commune; many caves in Thuong Hoa, Hoa Phuc communes… The limestone mountain system along with the mountainous terrain has created streams with beautiful streams, clear and cool water, the most prominent is Mo Waterfall in Hoa Hop commune. 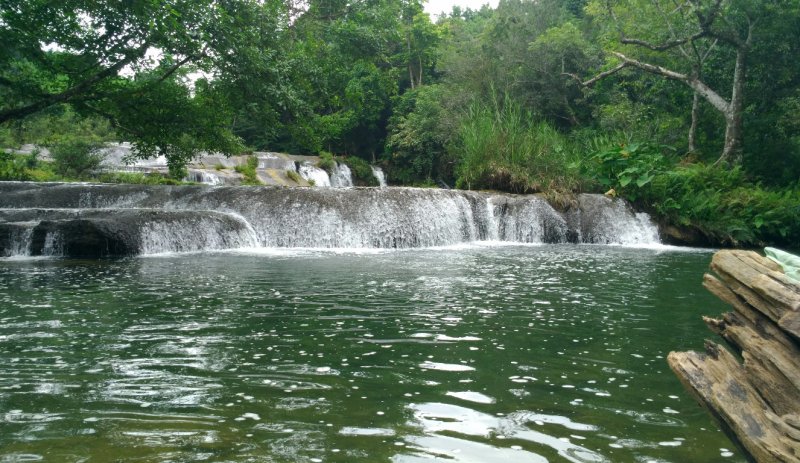 Thac Mo is likened to a fairy in the middle of unspoiled nature. Photo: Phong Nha

From the center of Dong Hoi city, visitors follow the legendary east Ho Chi Minh road about 110 km, then follow the trail leading deep into the forest to reach Mo Waterfall. Both sides of the road are rubber forests, peaceful and poetic villages. 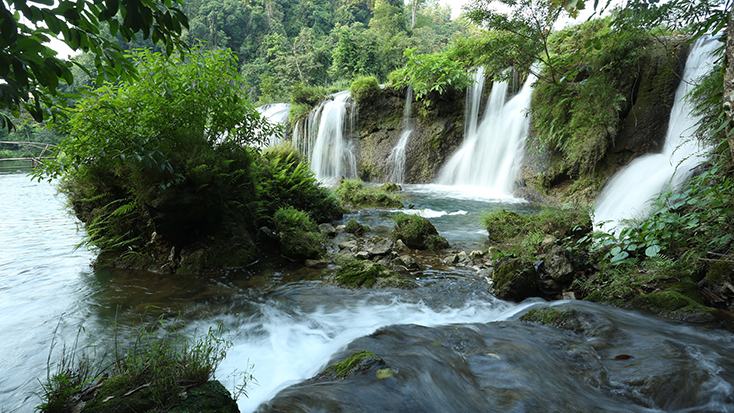 Thac Mo is likened to a “harmony” among the great thousand. Photo: Ngoc Hai

Looking down from above, the scenery of Thac Mo is beautiful, the water from above spills over each stone step to form white foam cascades, stretching like a stream of hair and clouds of the fairy fairies in the legend. Mo waterfall cascade of water to create a larger pool of 500m 2 , this is a natural swimming very popular in the hot summer days. While crossing the stream, unfortunately, one of the king’s elephants got stuck in the rocks. The military and local people tried to cut the rock to save the elephant but failed because the rock was too big. Where people dig a deep tunnel hoping for the rock to move to save elephants is now the largest lake in Mo waterfall. 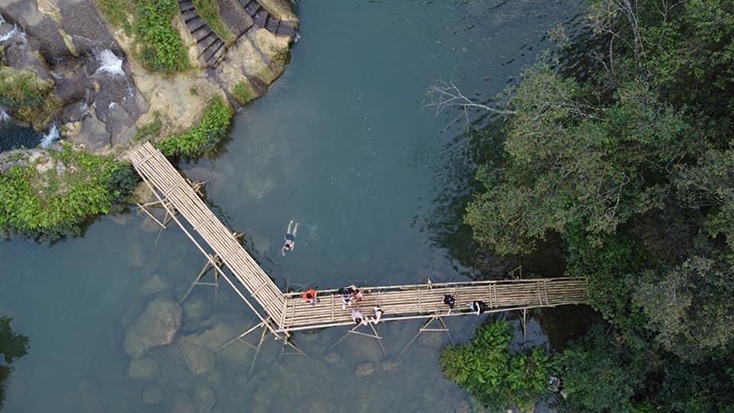 The bamboo bridge for walking on the stream at Mo waterfall has been built, but, some items in the project are still unfinished due to lack of capital. Photo: Ngoc Hai 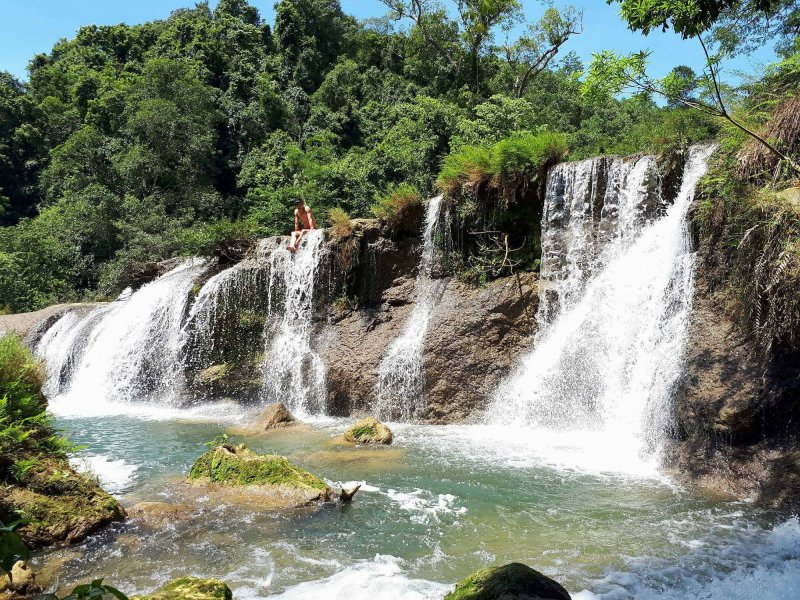 Tourists coming to Mo waterfall are delighted by the clear water and the majestic beauty of the mountains. Photo: Phong Nha. Follow Dan Viet
RELATED NEWS
TAG:
Other news