The photo of people fishing on Tam Giang lagoon (Hue) in winter won the first prize in the People category of the aerial photography contest. 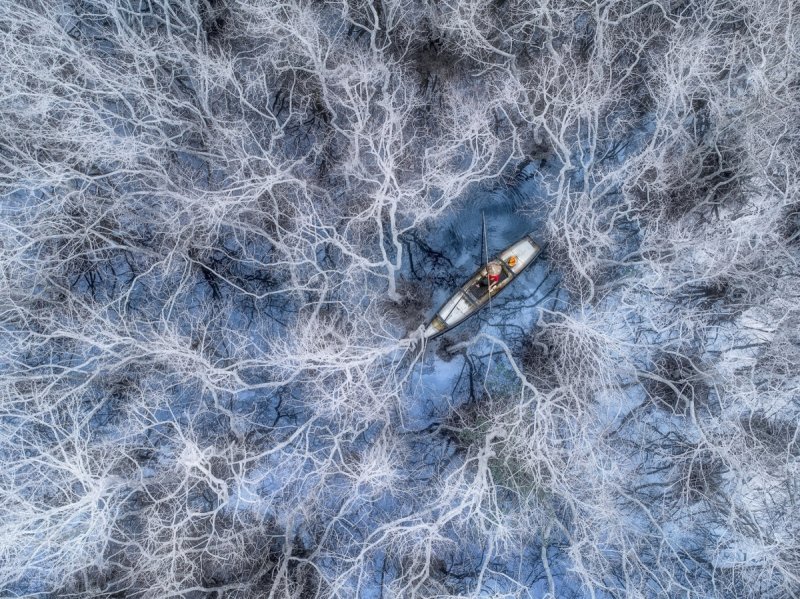 Siena Awards is a prestigious photo award established in 2015, this year attracts photographers from all over the world to participate with thousands of entries. In particular, Drone Photo Awards is an outstanding photo contest and often receives the most entries with works taken from devices such as drones, kites, paragliders, hot air balloons, helicopters…

The topics for the Drone Photo Awards 2021 include: Nature, People, Abstraction, Cluster Photo, Urban, Wildlife, Sports, Wedding and Video. The list of winning photos was announced on the contest website in early September. The award ceremony will be held in Siena (Italy) in October during the Siena Awards Festival.

In which, photographer Pham Huy Trung of Vietnam won the first prize in the subject of People with the work Fishing in the mangroves. The work was done in Tam Giang lagoon, Thua Thien Hue province in winter when the forest leaves its leaves and turns white. 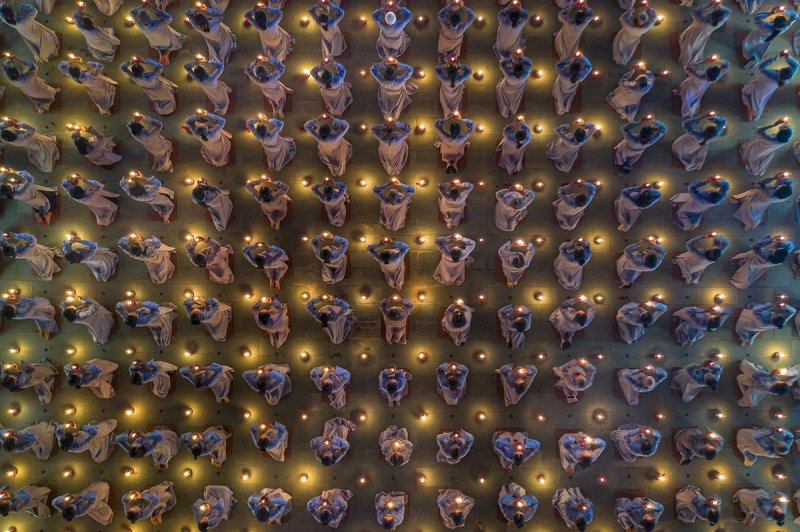 In the topic of People photos of Drone Photo Awards, there are 7 other works of Vietnamese photographers in the final round. 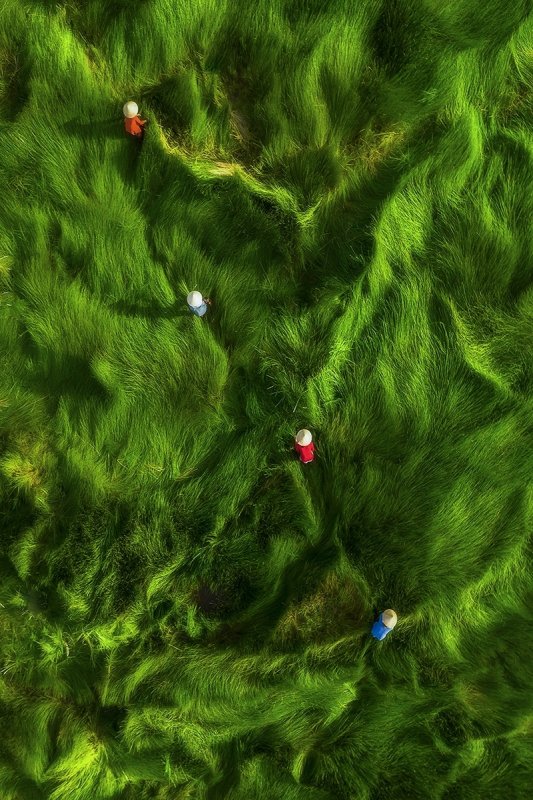 Harvesting grass is another excellent photo of Khanh Phan participating in the aerial photography contest. The photo was taken at the grasslands in Quang Nam, central Vietnam. The grass here is used by people to make fodder for livestock, compost… The author describes: “In the new breeze and early morning light, the grassland ripples like ocean waves, highlighting the conical hats. Leaves of farmers reaping. A wonderful harmony between man and nature.” 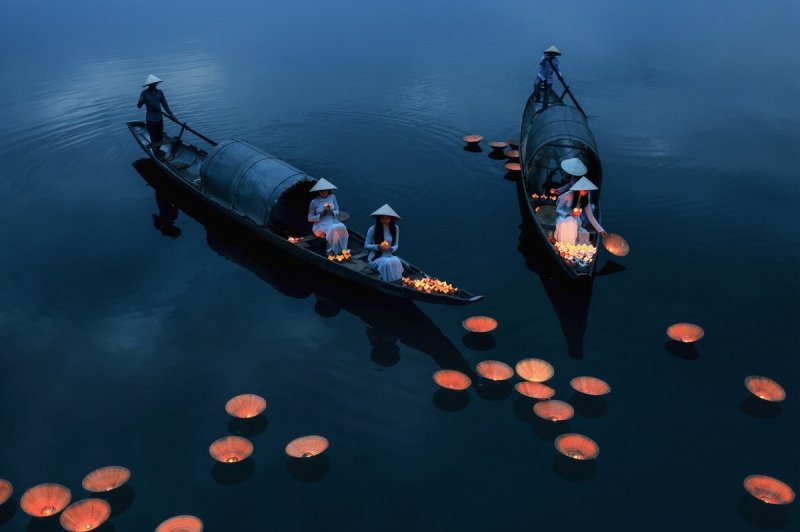 The photo of Bui Phu Khanh’s Prayer for Mercy captures the moment when Vietnamese girls wearing ao dai and conical hats drop flower lanterns on the river to pray for the souls of the deceased as well as to pray for happiness and luck for their families. This custom is part of the annual full moon night of the 7th lunar month of the Vietnamese people. 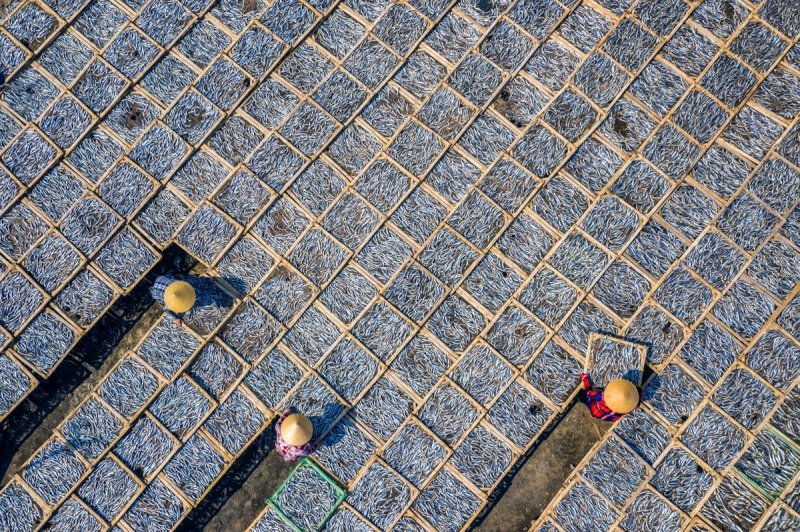 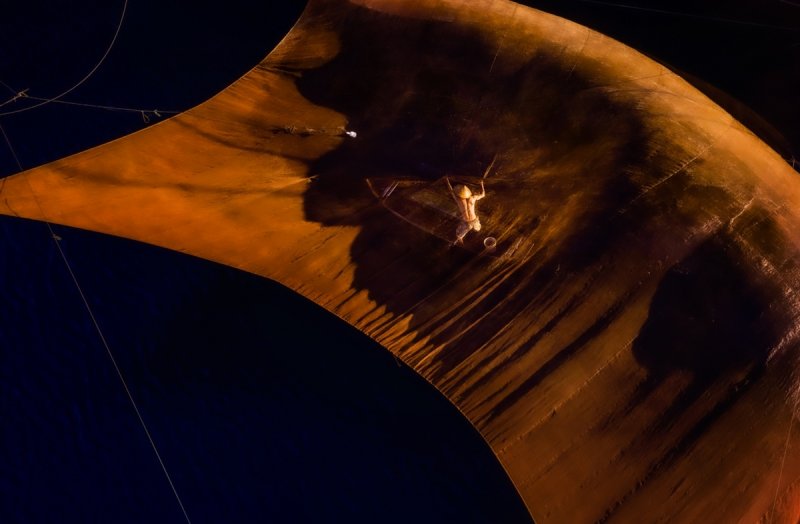 Visiting the net on the Tonle Sap is another work of Nguyen Tan Tuan in the final round of the Drone Photo Awards competition. The photo captures the moment when locals visit a fishing net in Tonle Sap in the bright afternoon sun. Bien Ho is one of the lakes formed by volcanoes, located in the Central Highlands, there are many freshwater fish species such as carp, carp, drift, tilapia… Not only a place to provide food for people. In the locality, Bien Ho is also a tourist destination, and an inspiration for artists to compose poetry, literature, music… 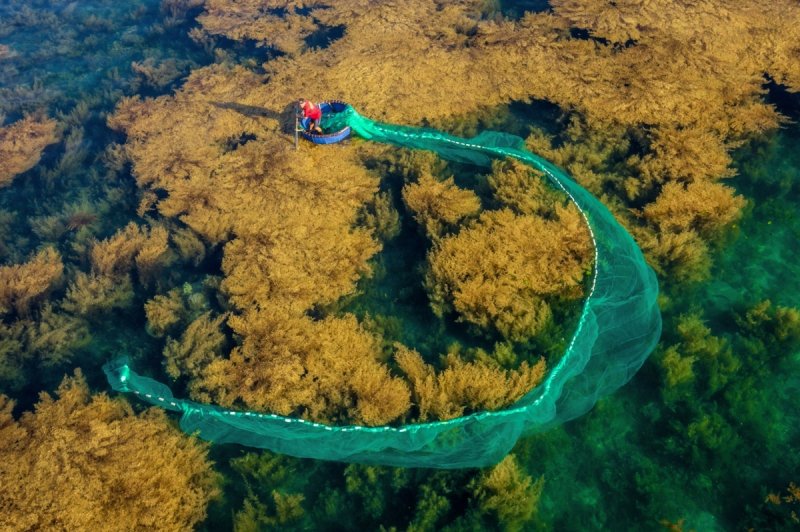 Photographer Nguyen Phuoc Hoai participated in the contest with the work of Fishing – fishermen cast nets on the sea of ​​Nhon Hai, Binh Dinh, catching seafood in the middle of the seaweed season. Work United sea of photographers Vu Ngoc Tuan captured in the waters of the fishing village of An Hai and Hon Yen, Phu Yen province in the summer. May-June is the busy season for fishermen, they often go to the sea to look after their nets to catch anchovies day and night. 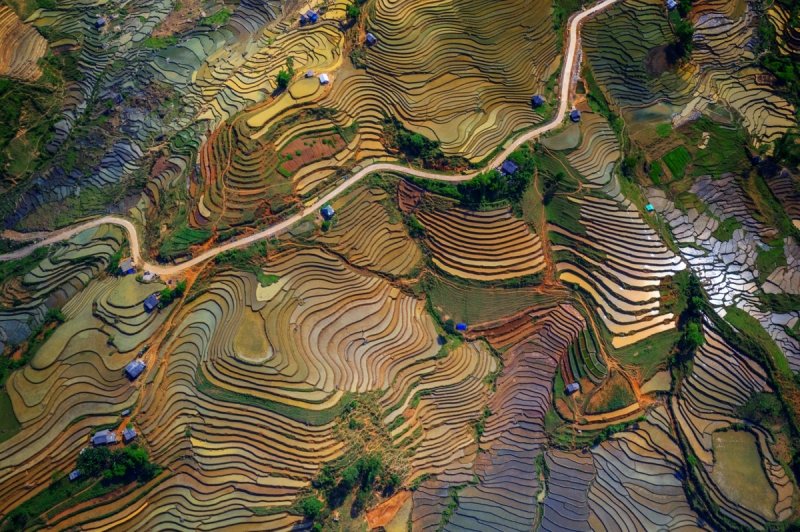 In addition to the works in the subject of People, author Nguyen Tan Tuan also appeared in the photo series with the set of Colors of terraced fields. The author shared: “May is the season when water pours all over the terraced fields, people pour water on the fields from one step to another, mixing the colors of the earth and the sky. The reflected light creates a So the surface of the water is colorful when viewed from above”.