US Vice President Harris held talks with Vietnamese leaders, attended the opening of the CDC office and the signing ceremony of a land lease agreement to open an embassy in Hanoi for three days. 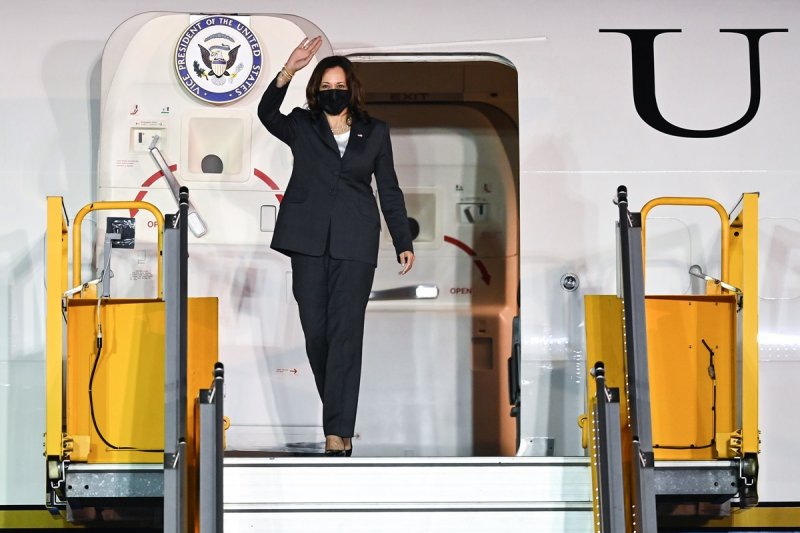 US Vice President Kamala Harris waves as he steps out of Air Force Two at Noi Bai airport on August 24, starting his three-day visit to Vietnam. Photo: Giang Huy . 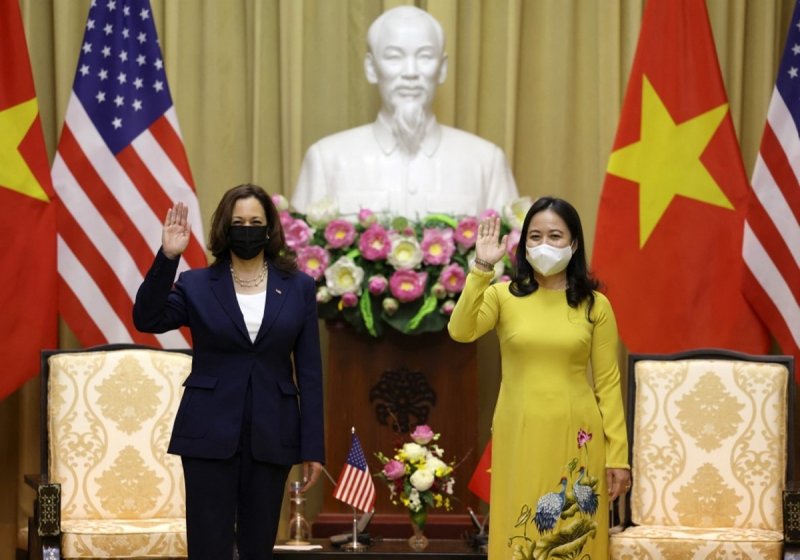 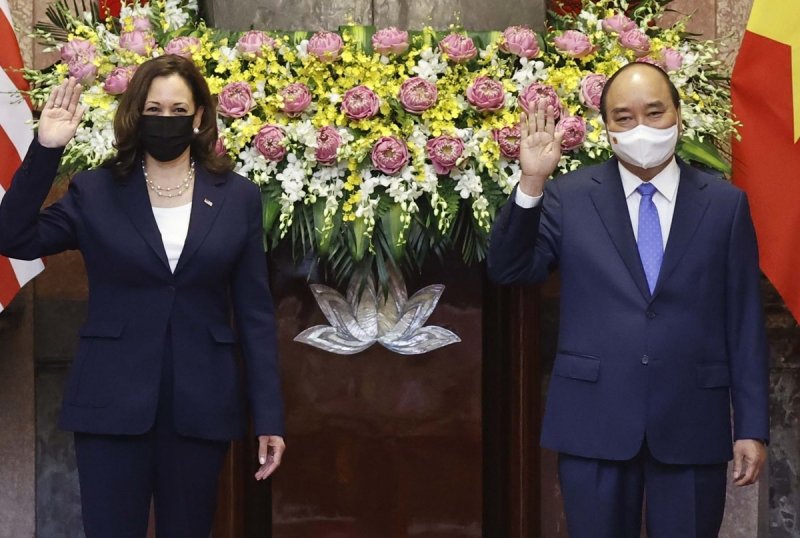 During her meeting with President Nguyen Xuan Phuc, Ms. Harris reaffirmed that the US supports a strong, independent and prosperous Vietnam, continues to innovate, expands international integration and assumes an increasingly important role. within ASEAN and the region. 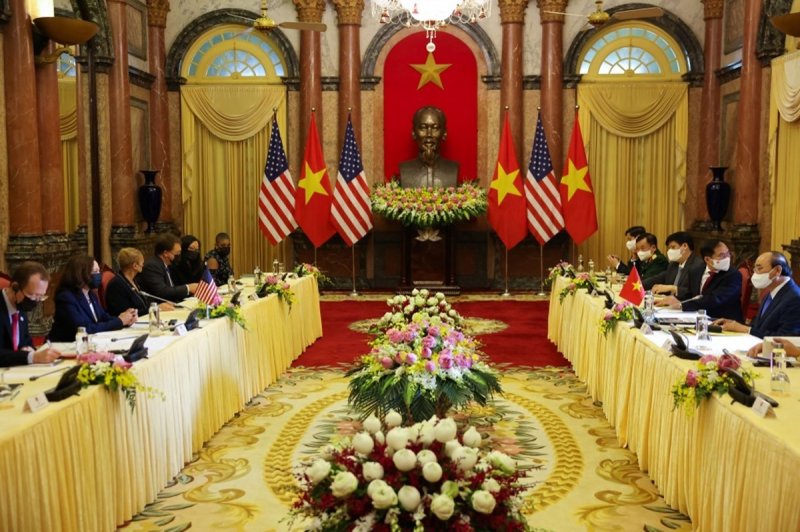 The Vietnamese delegation (right) and the US delegation at a working session at the Presidential Palace on August 25. Photo: AFP . 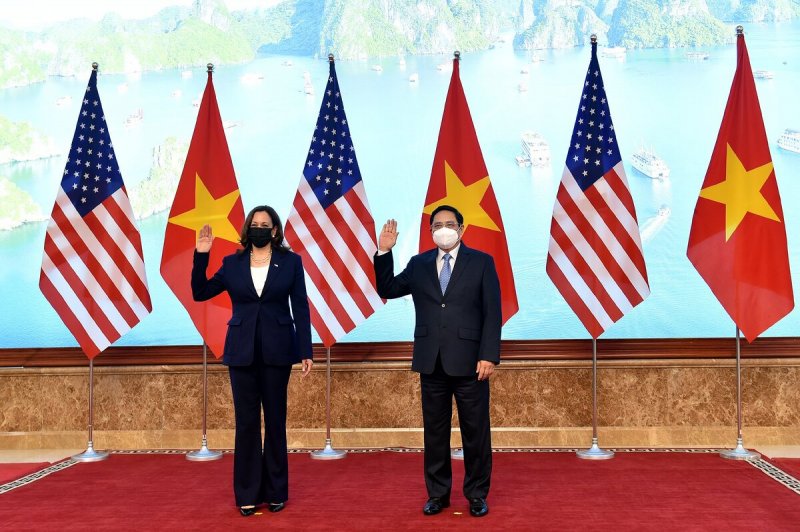 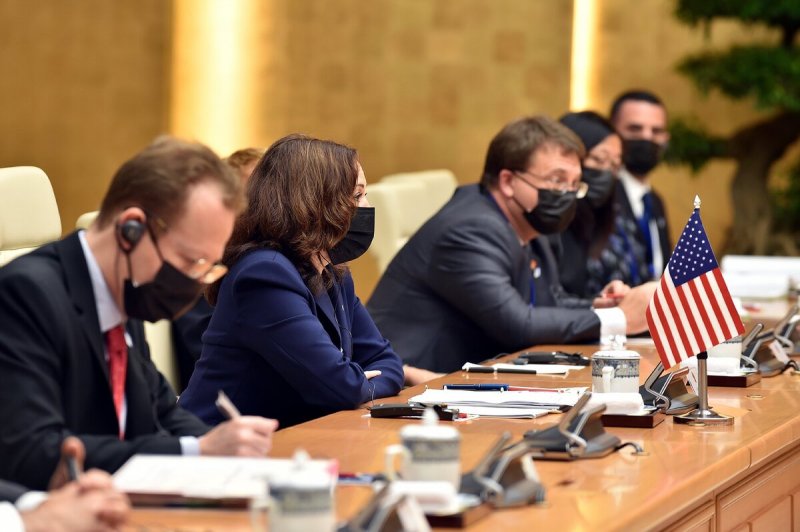 The US delegation worked at the government office on August 25. Photo: Giang Huy . 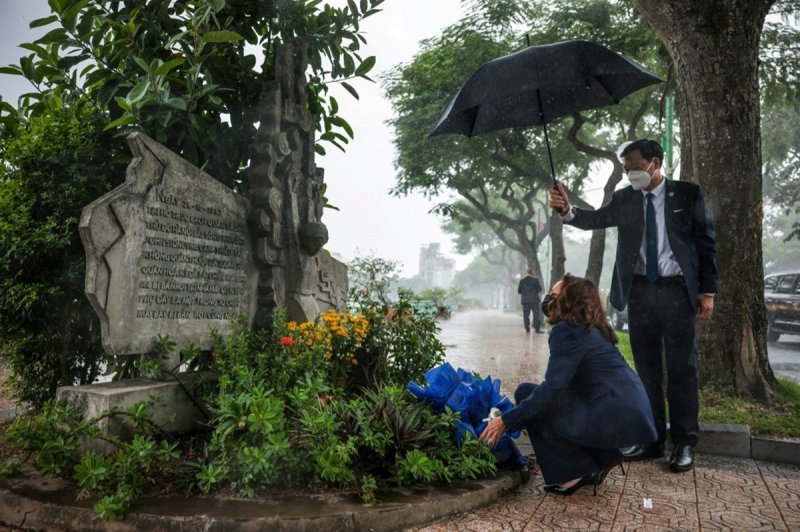 US Vice President Kamala Harris places flowers in memory of the late Senator John McCain in front of a bas-relief on Truc Bach Lake, Hanoi on August 25. Photo: AFP . 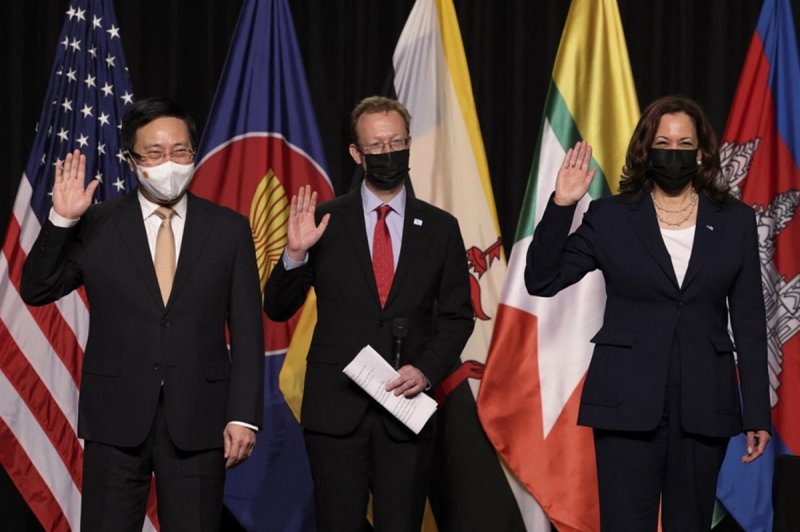 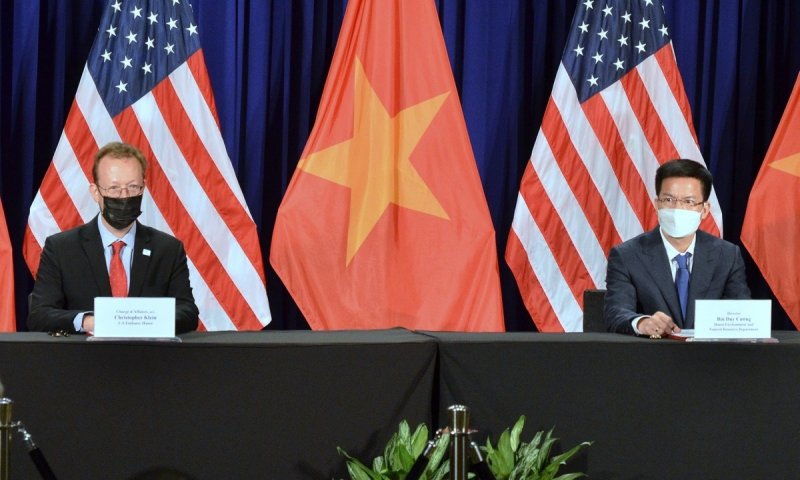 US Charge Christopher Klein (left) and Director of the Department of Natural Resources and Environment Bui Duy Cuong Hanoi in signing an agreement to build a new embassy of the $ 1.2 billion US in Hanoi. Photo: Vu Anh . 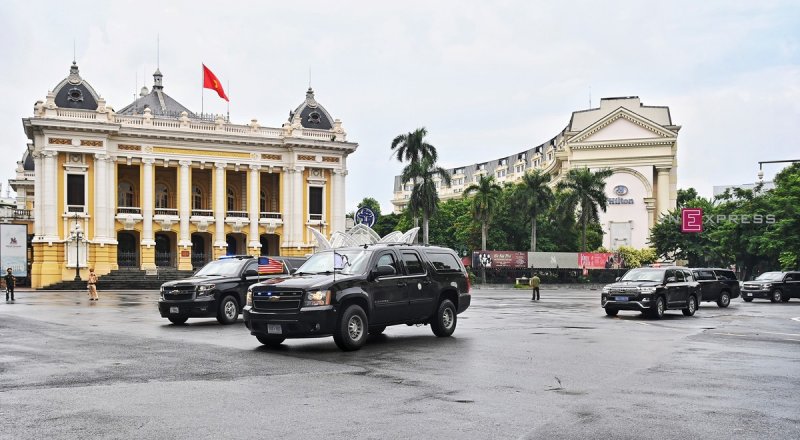 The motorcade escorted US Vice President Kamala Harris to the US Ambassador’s house in Vietnam today. Photo: Giang Huy . Ms. Harris this morning met Director of the Central Institute of Hygiene and Epidemiology Dang Duc Anh when she came to the hospital to witness the handing of 270,000 out of nearly 800,000 doses of Covid-19 vaccine that had been shipped to Vietnam since yesterday. Photo: AFP .

By the end of July, the US had supported Vietnam with 5 million doses of the Covid-19 vaccine. The White House earlier this month said Vietnam was in the top 10 countries receiving the most vaccines in the US’s sharing program of hundreds of millions of doses. The US government has also provided more than 11 million USD in aid to Vietnam, including ventilator support and capacity building of the health system in the fight against Covid-19. 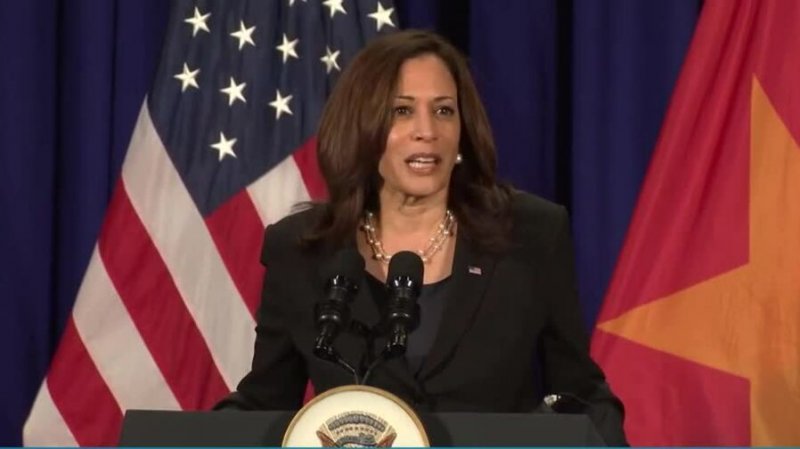 The US Vice President waved goodbye as he boarded Air Force Two to leave Hanoi this afternoon. Photo: AFP . 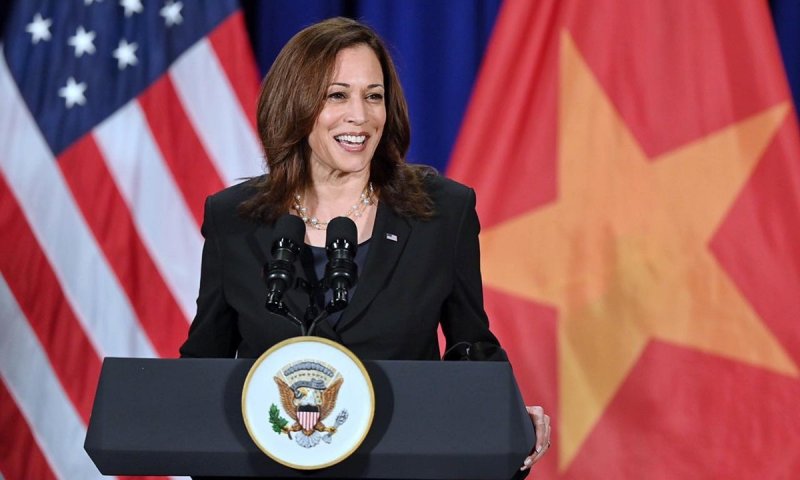 Ms. Harris at a press conference in Hanoi today, before leaving for the country. Photo: Giang Huy .

At the press conference, she affirmed that this visit to Vietnam signals the beginning of a new chapter in Vietnam-US relations. She pledged that the US would continue high-level security cooperation to support a strong, prosperous and independent Vietnam. Follow vnexpress 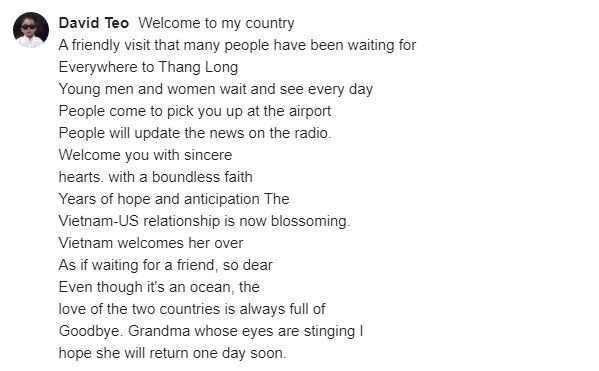 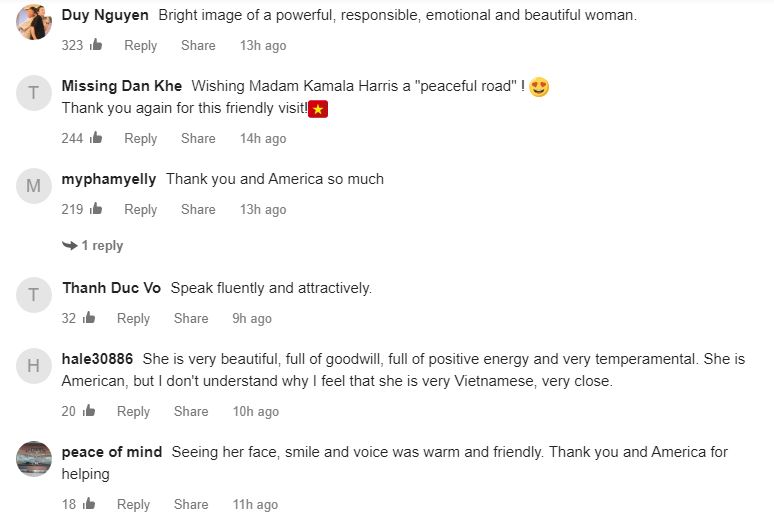 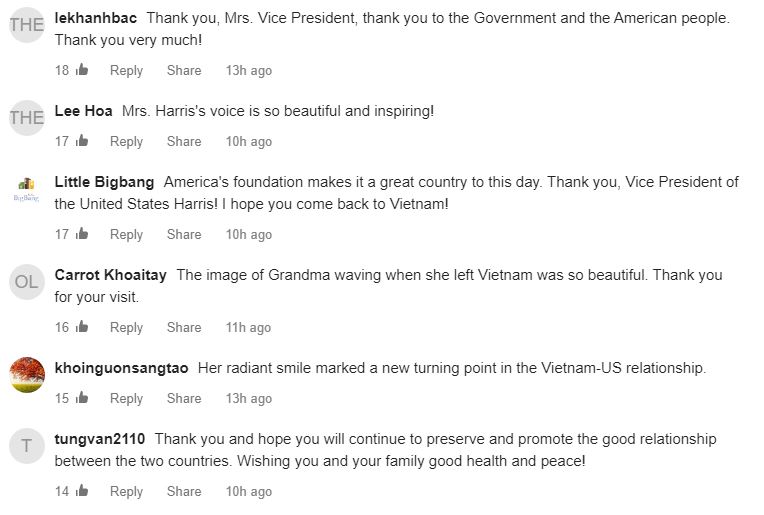 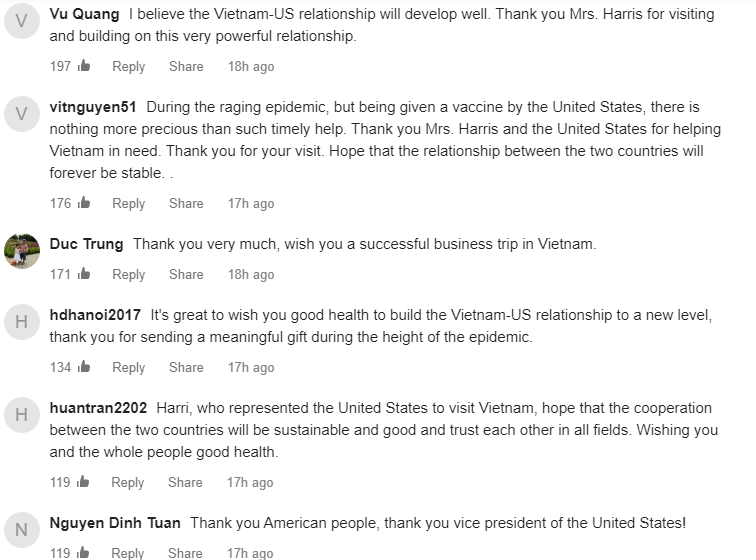 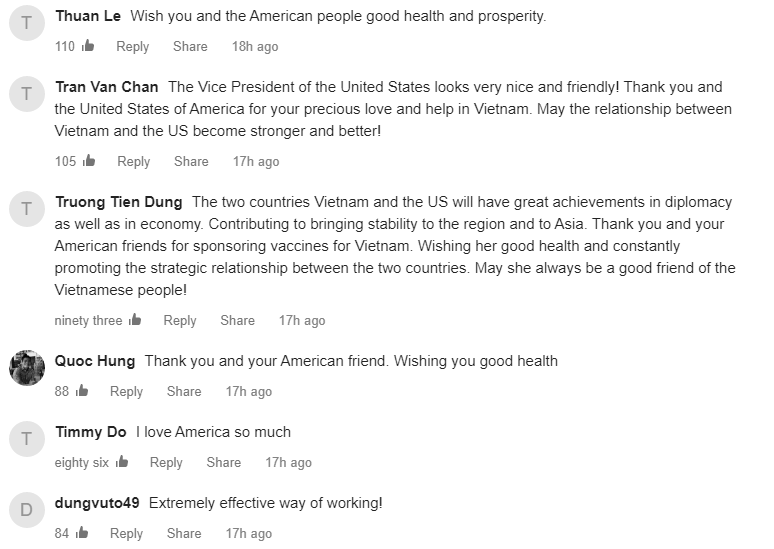 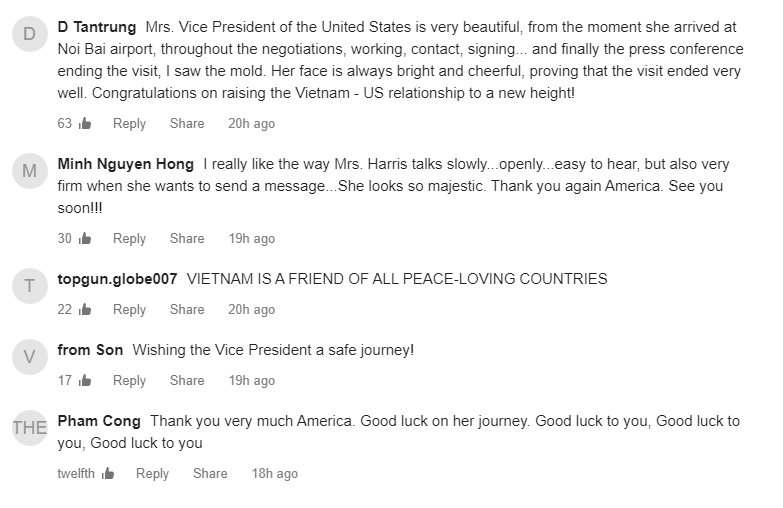