The people of Be Island (Ly Son island district) often tell each other about the cave that used to be the residence of pirates. In oral stories, it is also said that this is the place to hide gold of robbers.

Ly Son island district includes Big island and Be island. Be Island is a place with beautiful scenery, clear beaches, and unspoiled nature. The whole island has more than 100 households living on tourism services.

For hundreds of years, the people of Be Island still tell each other many thrilling stories related to Ke Rap cave. A rock cave formed from volcanic lava millions of years ago. 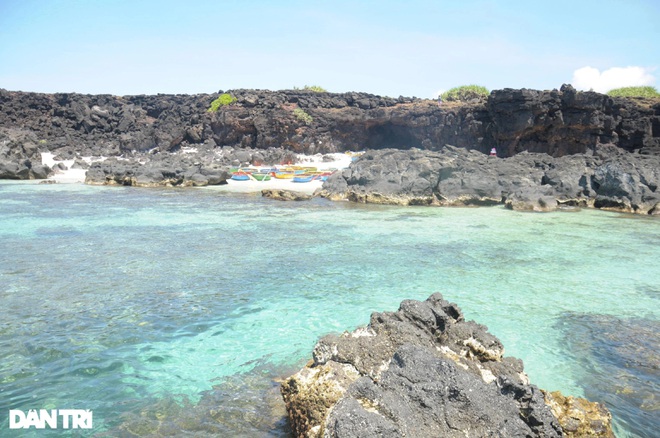 Ke Lop cave area at the back of Be island, Ly Son island district.

According to Mr. Vo Minh Quang – Secretary of the village of Bac An Binh (Be Island), Ke Rap cave is located at the back of the island. At first, the cave was called Chang Thiep. According to the elders, hundreds of years ago, a couple was shipwrecked and washed up on Be Island. They chose the rock cave as a place to live, so this place is called Chang Thiep cave.

Ly Son Island is located on a busy sea road, so pirates often harass. They choose Be Island as a place to live. The robbers saw that Chang Thiep cave was quite safe, so they harmed the couple and took this place. Since then, Chang Thiep cave has been known as Ke Robber cave.

“The Thieves’ Cave is still there, but it’s very difficult to get in. The mouth of the cave is now just enough for a child to get through, and it’s located in a difficult-to-access location, so very few people know the entrance,” Quang said. 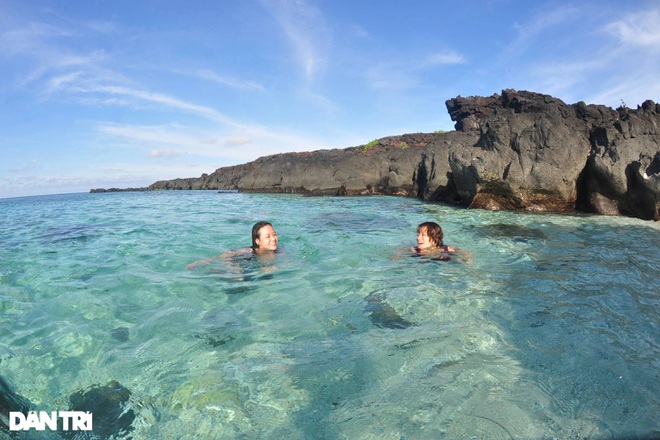 A story that has been circulated for hundreds of years on Be Island has mentioned that pirates used Ke Rap cave as a place to hide gold. Many people also believe that the area around the mouth of the cave with many broken pieces of ancient porcelain is the pirate’s gold jar.

According to Mr. Quang, the information that Ke Rap cave is a place to hide gold is just a word of mouth. Many people went into the cave to search but no one found anything. As for the broken pieces of pottery, Mr. Quang said that these are traces of ships carrying pottery that passed through Quang Ngai waters and sank.

“The broken ceramic pieces are found on many beaches in Quang Ngai. But Ke Rap cave used to be a place to hide gold, which is just a word of mouth from generation to generation,” Quang shared.

According to Mr. Truong Dinh Thuan – Deputy Head of Culture and Information Office of Ly Son district, people often tell each other many thrilling stories about Ke Rap cave. However, this is just a word of mouth, cannot be verified.

In addition to Ke Rap cave, on Be island, there is another rock cave known as Trun Soldier cave. This cave is quite small, the entrance is below sea level, so you have to dive to enter. It is very dangerous to dive inside, so no one has entered this cave for a long time. Be Island seen from above (Photo: Bui Thanh Trung).

Be Island with the story of the Ke Robber cave is quite thrilling, but no one can know exactly if it was the place where the gold was hidden or not. Just know that, with unique geological heritage, unspoiled natural scenery, Be Island is really a “gold mine” attracting hundreds of thousands of tourists every year. Follow Dan trí