Households in Vinh An commune (Thanh Hoa) are in the main crop season, but this year’s selling price is only half of the annual price due to the impact of the Covid-19 epidemic. 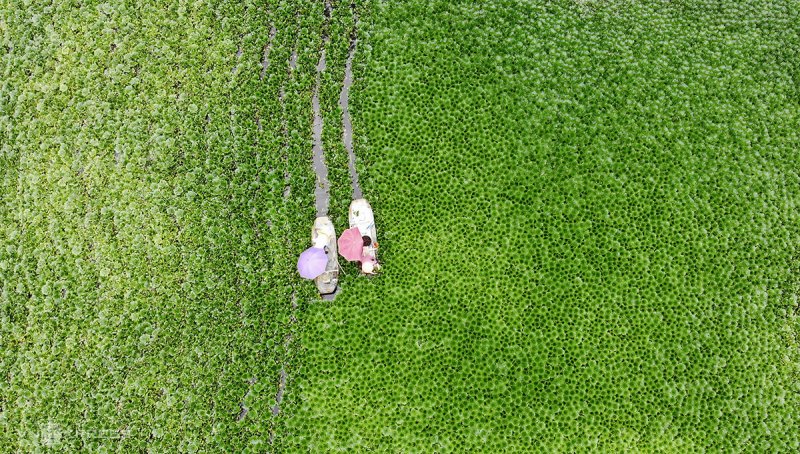 Vinh An commune, Vinh Loc district, is the locality with the largest larval growing area in Thanh Hoa province. This year, this area has nearly 30 growing households with an area of ​​more than 11 hectares.

Larvae are usually grown in swampy areas or ponds with water levels from 0.5 to 2 m deep. 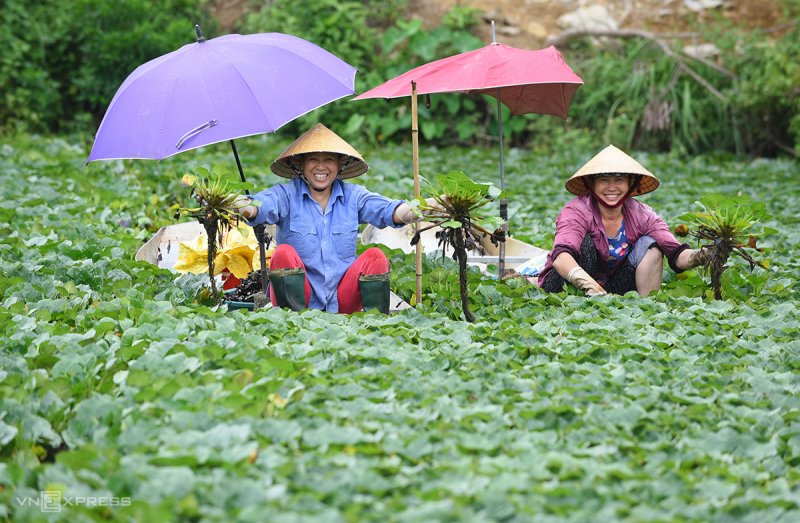 Bulbs are usually planted from the second lunar month, after four and a half months, they start to harvest. “This job is not as hard as growing rice, only when the coconut beetle reproduces, eats the leaves and destroys the tree, it must be sprayed with pesticides, the rest do not have to take care of anything, just nurse and wait until the harvest day. “, 54-year-old Mrs. Nguyen Thi Ban (purple shirt) in village 5, Vinh An commune.

In 2021, Ms. Ban’s family planted more than 4 sao of tubers (equivalent to 2,000 m2), and are starting to harvest the first batch. She went to the field to work from about 6:30 am, by noon, her two sisters had collected nearly three kilograms of tubers. 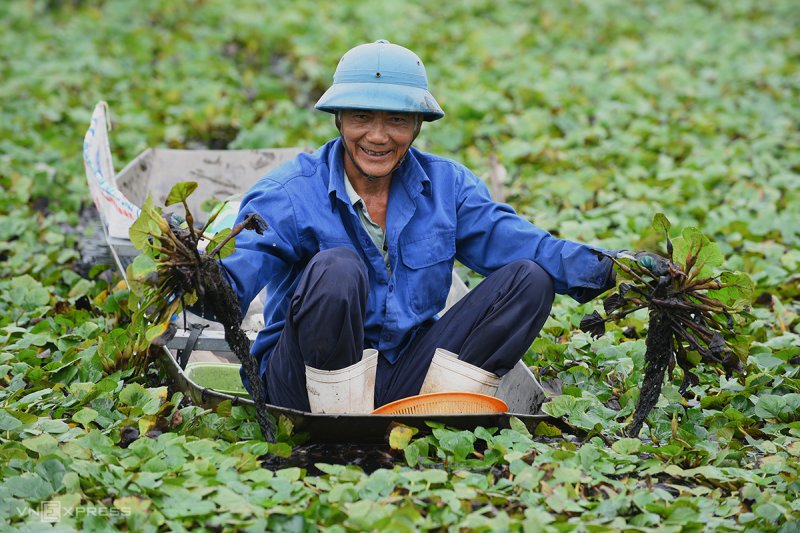 Mr. Trinh Van Manh, 59 years old, rowed a boat to pick cubs with his wife. He said that tubers are a traditional crop in Vinh An, grown for generations. For about three years now, tubers have a higher economic value than rice and corn, so farmers have grown more. “Harvesting is not difficult, but sitting on the boat makes my back hurt,” the old farmer shared.

According to Mr. Manh, tubers in Vinh An are considered a specialty because they are suitable for the soil and have a more delicious and nutty flavor than other regions. Tubers, also known as naked larva, water larva, anaerobic… are aquatic plants, often growing in standing water in the tropics. Although it is called a tuber, it is actually a fruit, because it grows underwater until it is old, then it falls off and buried in the mud, so many places are familiar with it. When harvesting larva, the farmer’s hand is often soaked in muddy water. Sharp larva can also cut their hands. 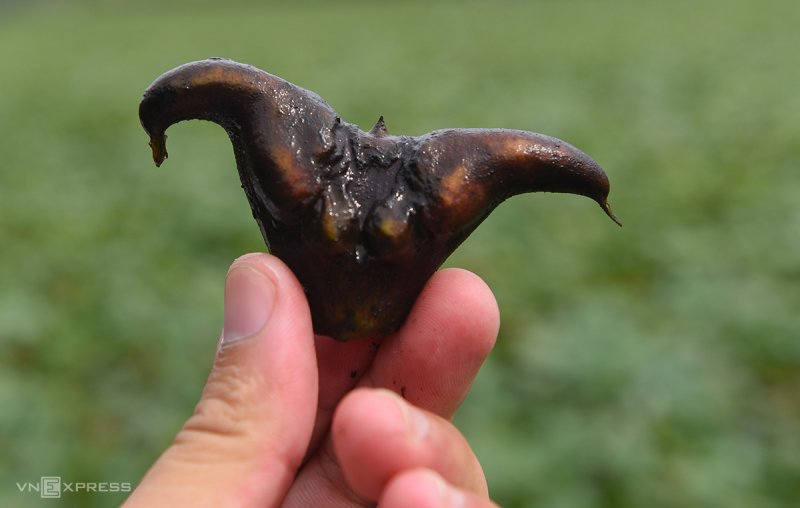 In Vietnam, there are many varieties of larva, the species grown in Vinh An is buffalo horn larva. The larva contains a lot of starch, boiled and eaten with a fleshy taste. People often eat directly or cook hot pot, tea, bone stew, medicine …https://b98aae46691a3a6fb0efc49d146fa9df.safeframe.googlesyndication.com/safeframe/1-0-38/html/container.html 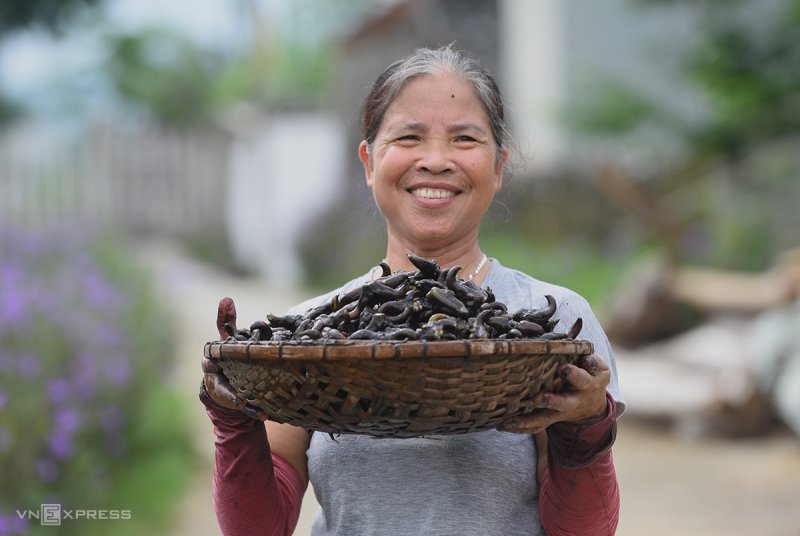 With the same area, last year they collected about 2.5 tons, but this year the output decreased to only about 1.5-2 tons. “Every year, when picking ashore, there are traders coming to buy immediately, the price is also high, but this year due to the impact of the Covid-19 epidemic, farmers have to find their own output for their products, the price is also reduced to half.” Mrs. Nhan said. Because the larva grows in the deep lagoon, farmers in Vinh An often have to use corrugated iron boats to collect. On average, a working day of 8-10 hours, Ms. Nhan earns 40-50 kg. 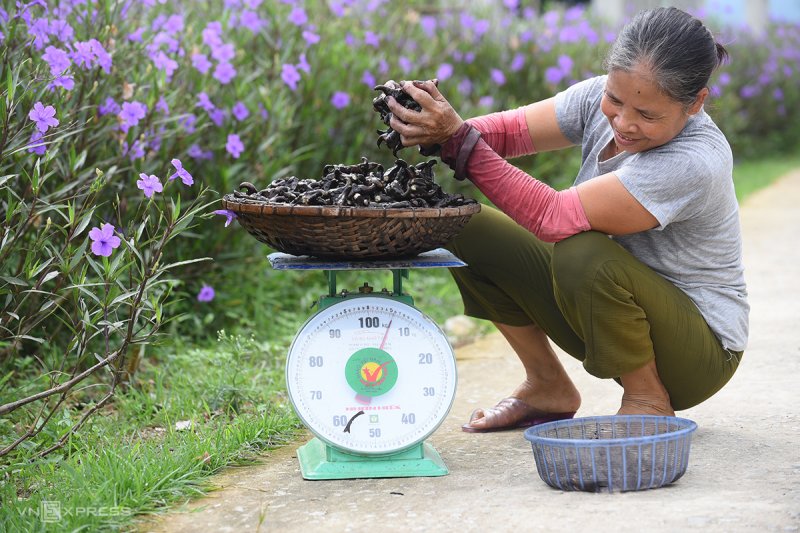 After picking ashore, the tubers are washed and sorted and sold in markets around the area. 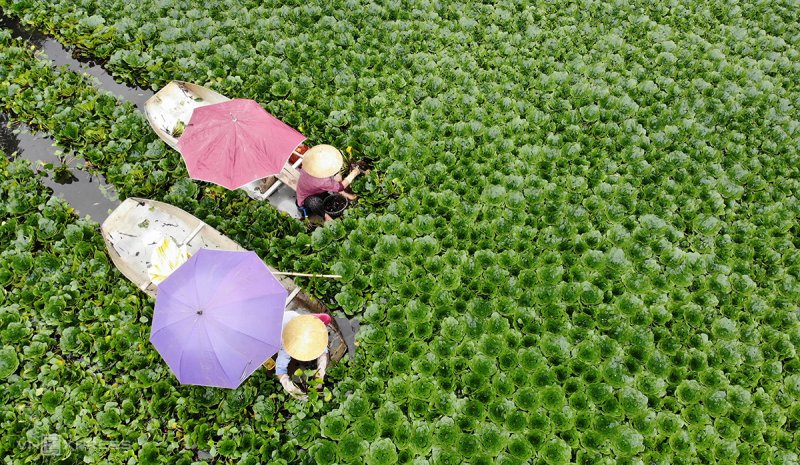 A field of green larva growing in hamlet 5, Vinh An commune.

Mrs. Do Thi Thoan – an agricultural officer in Vinh An commune said that in good years, the larval production here can reach 8-10 tons/ha, helping many families escape poverty and stabilize their economy.

“Cu cuu is one of the typical products and strengths of the locality. In the coming time, the government will encourage people to expand the area, and at the same time find solutions to match with traders and tourist attractions. travel around the region to promote and introduce homegrown products to more tourists…”, Ms. Thoan said. Follow vnexpress